A Peek Behind the Scenes: Policy and the NWTF Mission

Delivering the NWTF’s mission takes on many forms and touches a wide range of topics and levels in our society.

The most visible are our boots-on-the-ground activities, such as hosting outreach events and mentored hunts or performing habitat work on a section of national forest. These are tangibles that can be easily quantified, counted if you will, and are activities that NWTF members across the country can see, embrace and get behind through the allocation of Super Fund dollars and by supporting numerous grants and agreements.

Behind the scenes, however, are a number of staff members and volunteers working to ensure we have the funding, partnerships and a voice to keep our mission moving. One of these behind-the-scenes activities is Government Affairs.

In the mid-2000s, for instance, Families Afield grew out of a need to address over-restrictive barriers that existed in many states and that prevented parents from deciding when to introduce their own children to hunting. A partnership coalesced with the NWTF, the National Shooting Sports Foundation and the Sportsmen’s Alliance (then U.S. Sportsmen’s Alliance). Together, the Families Afield partners and our members addressed state wildlife agencies and legislatures to encourage them to strike down antiquated age restrictions and blue laws. This took the form of letter-writing campaigns, phone calls and legislative testimony and hundreds of hours meeting with agency and legislative staff. 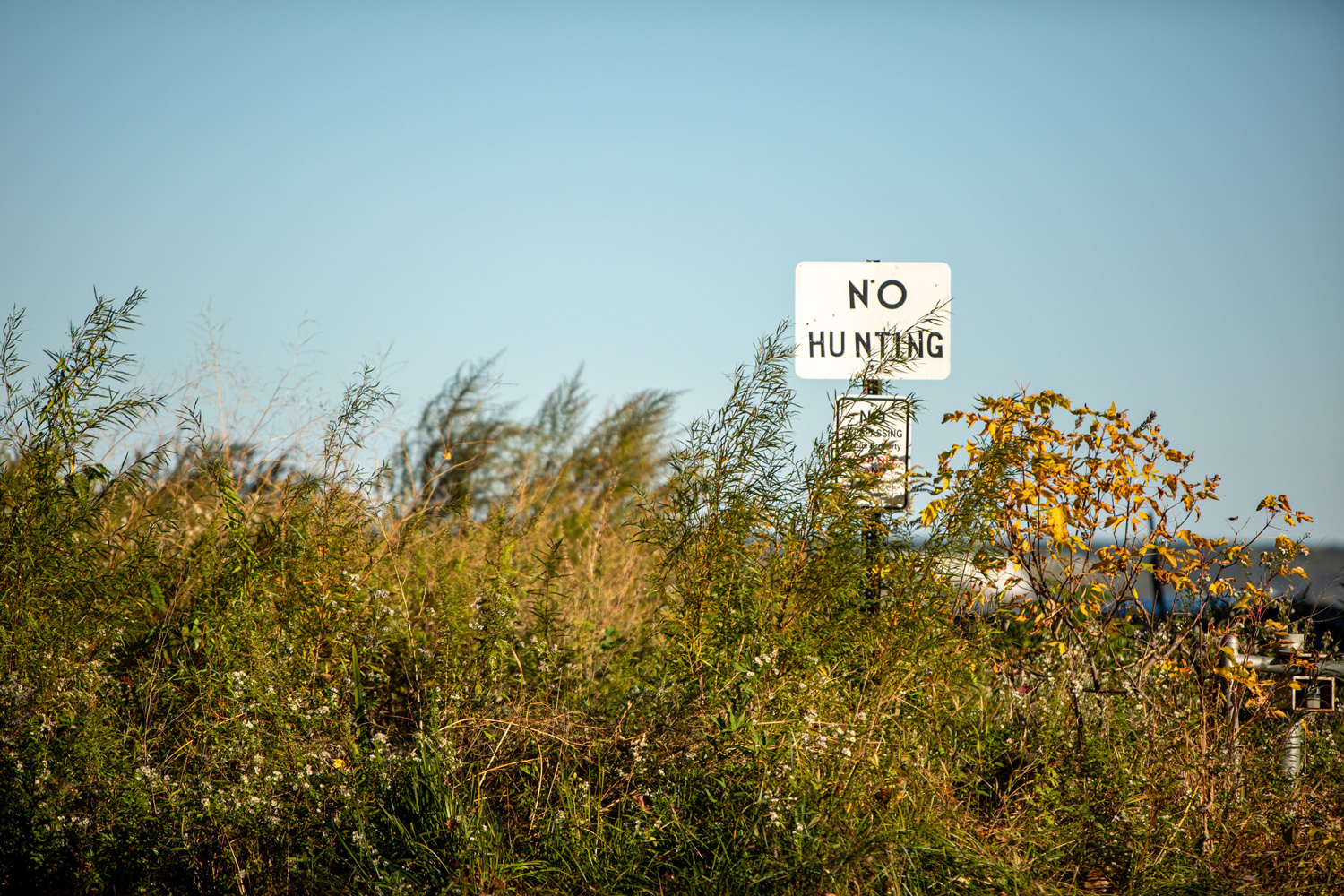 “It was because of Families Afield that apprentice license programs blossomed across America and gave potential new hunters a chance to ‘try it before you buy it,’” said Mandy Harling, NWTF’s national director of education and outreach programs. “By offering an opportunity to purchase a license at a reduced fee and safely try hunting under the watchful eye of an experienced adult mentor, hunters experience the hunt before being required to invest hours into completing a hunter education class. It removes one of the largest barriers to hunting, and the research shows that it can take up to three seasons for someone new to hunting to truly become a passionate, lifelong hunter.”

Since Families Afield was formed, it has had a direct impact on recruiting millions of hunters to states implementing legislation. But none of it could have happened without a dedicated and focused effort to take our case to the state wildlife agencies, commissions and legislatures and convince them that these changes were necessary.

In 2021 alone, we have seen successes in several states where we helped thwart efforts to universally ban certain types of commonly used ammunition, or encouraged successful regulations changes to allow smaller-gauge shotguns and modern ammunition types for turkey hunting.

On the conservation side, our outreach and testimony helped to secure prescribed fire legislation in Missouri that could be a model for other states to follow. Forest and watershed health and management policy, in general, is a key part of our state and federal-level mission delivery strategies.

“We have to keep a vigilant eye on what’s happening in all of the states across the country,” said Tom Spezze, NWTF’s national director of field conservation, who also oversees the state policy team.

From bans on ammunition and firearms to legal petitions from anti-hunting or environmental organizations, the NWTF is focused on ensuring our members’ voices are heard and our ability to perform our mission is protected. The NWTF also coordinates with many outside organizations and coalitions of organizations on conservation and hunting policy matters across the states.

“In Oregon, for example, an animal rights organization submitted a petition this spring that would change the animal cruelty protection law and would remove exceptions for hunting, fishing, slaughtering livestock for food or ethically breeding dogs or other animals,” Spezze said. “The NWTF joined a coalition of hunting, outdoor and agricultural organizations to mount a campaign against the petition and to provide a unified voice to hunters, anglers and farmers. At this time, the petition is still being studied by the state, but rest assured, the NWTF and our partners are monitoring it with rapt attention.”

The NWTF is proud to come alongside our state wildlife agency partners to assist them with wildlife management policy issues across the country. State policy has the most direct impact on our members, since it’s right in their own backyards. Having a savvy and alert state policy team allows the NWTF to draw on the voices of thousands of members in a given state to fine-tune and amplify our message.

The NWTF takes a strategic and coordinated approach with most policy issues. We do this by communicating and coordinating the NWTF’s policy position, sending out action alerts via email and social media asking members to contact their agency or legislative leadership. It is possible that one letter or phone call to a policymaker may have a positive impact, but hundreds or even thousands of letters, calls and emails are much harder to ignore.

But just as importantly, the NWTF is engaged at the federal level, monitoring the innumerable pieces of legislation that are introduced each session and ensuring our interests and the interests of our members are protected. The NWTF works with several coalitions of like-minded national organizations that act as watchdogs for potentially dangerous bills and, simultaneously, as cheerleaders for those that benefit conservation efforts, wildlife, hunters and other outdoor recreation. These coalitions and organizations include the Congressional Sportsmen’s Foundation, the America’s Wildlife Conservation Partners, the Theodore Roosevelt Conservation Partnership, the Outdoor Recreation Roundtable and the Association of Fish and Wildlife Agencies.

In this first session of the 117th Congress, the NWTF has provided feedback on a number of important bills, including supporting the Recovering America’s Wildlife Act, considered the most influential wildlife conservation bill since the Pittman-Robertson and Dingell-Johnson acts.

The importance of this bill is that it provides a consistent source of federal funding for state and tribal wildlife agencies to address conservation of vulnerable species in their states before the need to list them on the Endangered and Threatened Species List. It gives these entities the authority to manage the species in a way that is best suited to achieve their State Wildlife Action Plans while balancing the needs of other wildlife and priorities.

“When the federal government lists a species, you often see less flexibility and the employment of a more hardline strategy to recover the species,” said Mark Hatfield, NWTF national director of conservation services. “Restrictions instated under the Endangered Species Act can often impact work needed for other species or for forest and habitat health. And penalties for ‘incidental take’ of a listed animal or plant as a result of much needed work or other normally legal activities can halt work altogether.”

There are versions of the Recovering America’s Wildlife Act in both chambers of Congress, and both are awaiting discussion in their assigned committees.

“We will continue to support this legislation with the hope that it becomes law and provides states with the necessary tools to address vulnerable species in a way that best meets the needs of their respective states and citizens,” said Matt Lindler, NWTF national director of government affairs.

This is just one of many federal bills the NWTF is monitoring or has provided feedback on, but legislation is just one piece of the federal puzzle. The NWTF is frequently involved in testifying or requesting adequate funding for our federal partners in the departments of Agriculture and Interior.

These departments and their agencies manage the vast majority of federal public lands across the country. Their programs are often underfunded to achieve their objectives, and the backlog of needed work to bring these lands up to healthy, resilient conditions is massive. 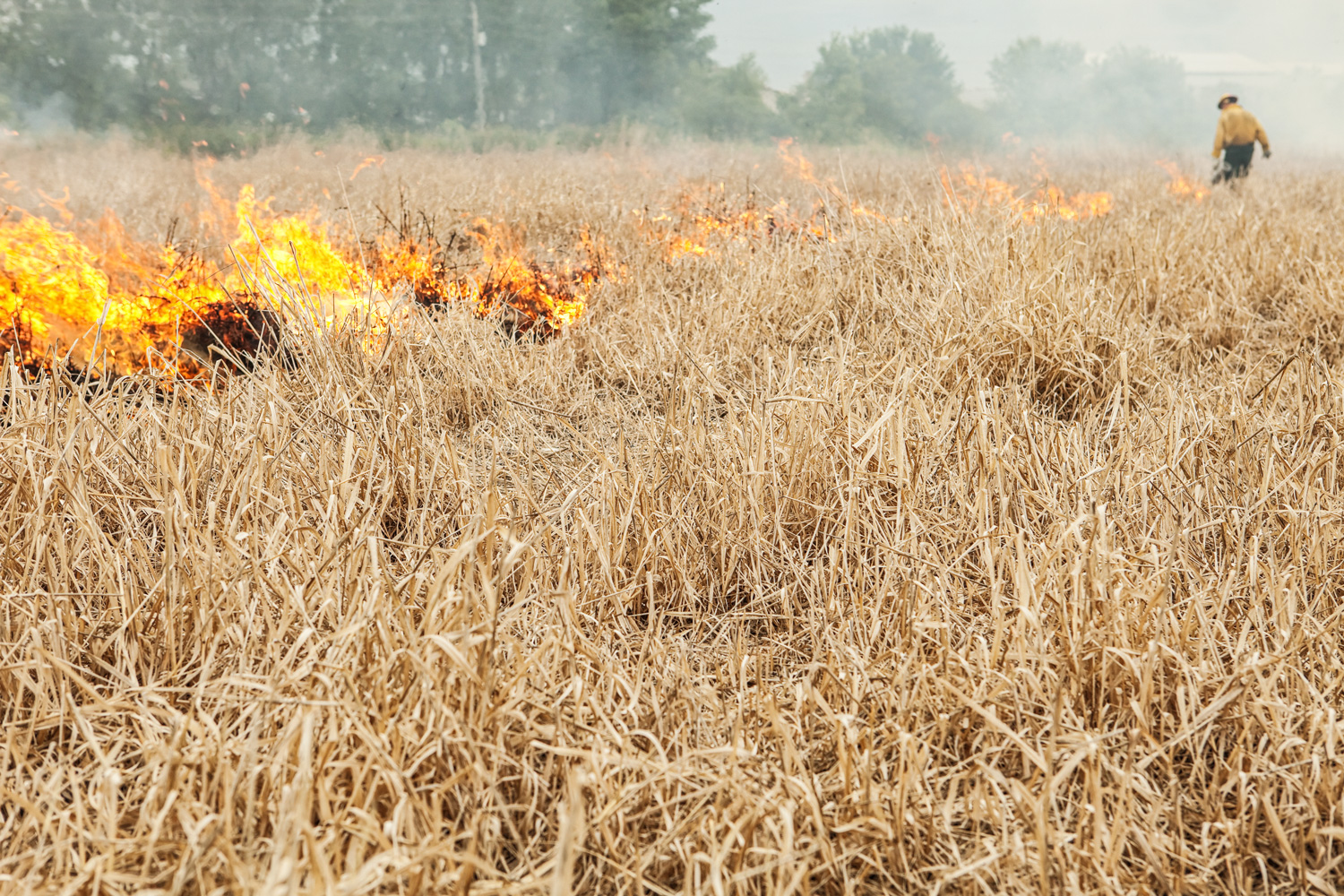 “The Great American Outdoors Act of 2020 was a huge win for these agencies but still falls far short of providing the funding necessary to fully address the backlog,” NWTF CEO Becky Humphries said. “The NWTF is a champion in Congress for these agencies, and we fought to have the USDA Forest Service included in the funding for the Great American Outdoors Act, as an example, and the Department of Interior included in the Budget Reconciliation Instructions after it was excluded this year.”

The NWTF’s relationship with our federal partners is vital to us fulfilling our mission on federally owned and managed lands. This, in turn, benefits the most land, the most wildlife and the most hunters and other outdoor recreationists who access these public lands each season.

“The NWTF’s investment in policy work, from the state and local levels to Capitol Hill, and on a variety of important topics, including forestry and habitat management, hunting and wildlife, is as much a part of our mission delivery as hosting mentored hunts and getting our hands dirty performing controlled burns or planting oak trees,” Humphries said. “Policy work paves the way to ensure the work we do on the ground and through the chapter system is effective, efficient and leaves a lasting impact for generations.”

The Voices of Many

The NWTF is a valuable and participating member in a number of coalition-type partnerships aimed at protecting our rights to hunt, fish and trap as well as ensuring wildlife and habitat conservation are always a priority. Through our participation in these coalitions, our members’ voices are amplified with the members of other organizations, giving us the power to influence policymaking at the highest levels.

The NWTF uses strength in numbers when coordinating with these partners to craft and sign onto letters to Congress and state legislatures as well as provide guidance for federal and state-level rule and regulation changes.

While we are members of partnerships and organizations across the country, including state coalitions, the following provide us with the greatest impact at a national level.

• Congressional Sportsmen’s Foundation – CSF’s mission is to work with Congress, governors and state legislatures to protect and advance hunting, angling, recreational shooting and trapping. Through CSF and other partners, the NWTF helped with HuntFish3030.com, a resource to inform President Joe Biden’s administration, congressional leaders and other individuals and organizations on the hunting, fishing and trapping communities’ priorities and concerns to be considered in any 30x30-type legislation or programs.

• America’s Wildlife Conservation Partners – AWCP is dedicated to ensuring the vitality of our wildlife resources and providing for sustainable public use and enjoyment of those resources under the science-based management of the state and federal fish and wildlife agencies, in cooperation with habitat and land management by the federal, state, county and local governments. Incoming presidential administrations are briefed on the status and needs of wildlife conservation in the country through Wildlife in the 21st Century, published every four years by AWCP members.

• Theodore Roosevelt Conservation Partnership — To guarantee all Americans quality places to hunt and fish, TRCP unites and amplifies its partners’ voices to advance America’s legacy of conservation, habitat and access.

AFWA represents its state agency members on Capitol Hill and before the Administration to advance favorable fish and wildlife conservation policy and funding, and works to ensure that all entities work collaboratively on the most important issues.

The NWTF participates in a number of policy matters throughout the year. Sometimes we are supporting legislation and regulation changes and sometimes we are opposing them. For our members to keep track of our current policy work, the NWTF is working to bring a resource to our website that will allow members to see how we are engaging through a searchable and easy-to-navigate database. You’ll also be able to sign up for our action alerts and zero in on specific topics you’re interested in. All of this is to provide our members with the tools they need to become advocates for the things they’re passionate about, such as the wild turkey, conservation and our hunting heritage. Look for this new policy tool on our website soon.