Overlooked from being so small and sort of peripheral, pollinators are often the unsung heroes of thriving wildlife habitats. Bumblebees, honeybees, butterflies, moths and countless others — their importance for the ecosystem and even for agricultural operations cannot be emphasized enough. In fact, the USDA Natural Resources Conservation Service stated that pollinators are responsible for one-third of all agricultural output in the U.S.

Moreover, studies have consistently shown that there is a direct relationship between plant diversity and pollinator diversity; that is, the more robust and diverse plant communities are, the more diversified insect and pollinator communities will be. The general health of an ecosystem can be attributed to how healthy its pollinator population is. Simply put, if pollinators are thriving, it is more than likely that wild turkeys and numerable other species are equally thriving. This, coupled with the increasing decline of pollinator habitat throughout the U.S., is why the NWTF takes creating and enhancing pollinator habitat seriously. 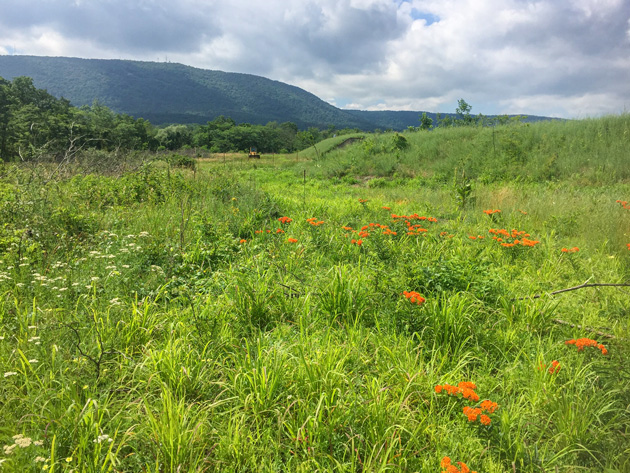 Recently, the NWTF outlined a proposal for what will be one of the largest native grassland and pollinator-specific management projects ever undertaken in Pennsylvania. After thorough review, the National Fish and Wildlife Foundation awarded the NWTF with a $100,000 grant through its Monarch Butterfly and Pollinators Conservation Fund.

Funding from the grant will allow the NWTF and partners to manage and restore 1,632 acres of forested landscape — with poorly formed trees and many invasive species — back to its original state of grasslands with native forbs and grasses.

Located in Franklin County, Pennsylvania, the project areas are on the 18,000-acre Letterkenny Army Depot. Established in 1942 under the U.S. Army Aviation and Missile Command, the Letterkenny Army Depot is used primarily to conduct various operations on missiles and ammunition. Prior to its construction, the Army Depot’s land was managed for agriculture throughout the early 20th century.

Most areas within the project boundary at Letterkenny Army Depot were reverting agricultural lands that had not been managed since the 1940s and consist of poor quality trees, severe invasive species that don’t benefit wildlife and little remnants of native grasslands.

“The project area is a blank canvas for pollinator restoration,” NWTF District Biologist Mitch Blake said. “From a historical perspective, the project is located in an area of Pennsylvania that was most likely native grassland pre-European settlement. The project will restore and return the landscape to a habitat type that was historically present and significant for native pollinators.”

“The results thus far have been outstanding,” Blake said. “As a result of these various management techniques, the seed bank has emerged in parts of the project area containing warm-season grasses and pollinator forb species. The initial preparatory management, such as overstory removal, herbicide application and prescribed fire, is critical in preparing the landscape for pollinator restoration, whether it be through direct seeding of pollinators or germination from the seed bank.” 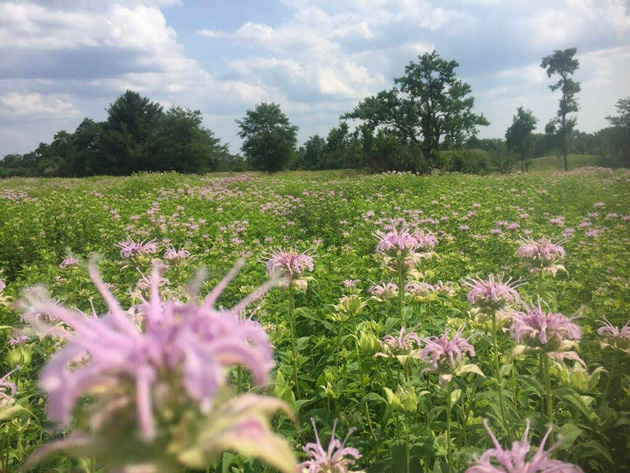 The $100,000 grant provided by the NFWF will fund projects until February 2023. So far, from January 2021 to April 2021, partners have accomplished approximately 377 acres of management, including planting, prescribed fire, discing and mechanical treatment, and planting of native pollinators will begin in fall 2022.

“The project is exciting to watch,” Blake said. “The entire process is really an ecosystem approach to habitat management. We are definitely going to create great habitat for monarch butterflies by planting milkweed, but we will also incorporate a suite of wildflower species with different bloom times in our seed mix that will serve as host plants for other imperiled butterflies and bees. Not to mention, the management and pollinator plantings will be highly utilized by quail, white-tailed deer and, of course, wild turkeys.”

Keep an eye out for more updates on this project in the future at NWTF.org.