The Power of Partnerships

I recently updated my wardrobe, a rare event for my 27-year-old self and an event that may seem trivial in an article about Wildlife Management Areas. But this isn’t a story about a new pair of jeans, enticing as that may be. Rather, it’s a story about a bird and why that bird, in many ways, represents the future of conservation in Florida. 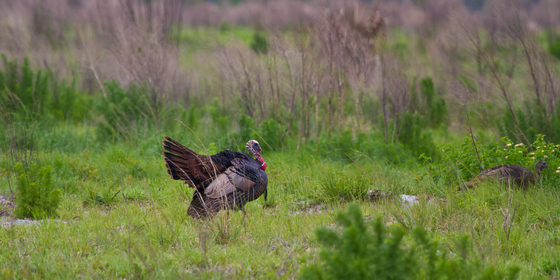 You see, my new wardrobe consists of pants, gloves and a hat, all camouflaged, in addition to a type of leafy blanket to cover my body. It is, after all, essential to become invisible when pursuing one of the key game animals in Florida: the wild turkey.

The wild turkey will probably never win any beauty awards. Besides the broad tail fan and patriotic head coloration possessed by males, they are basically plain-plumaged, fat birds. It’s their size, though, that has ensured their place as a sought-after game animal and staple of the American diet. 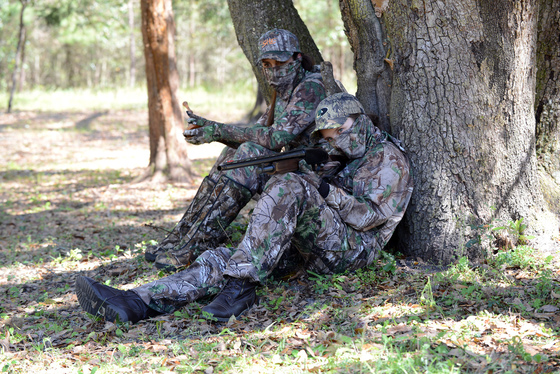 Now, it’d be one thing if wild turkeys just stood there waiting to be harvested. But they’ve evolved keen senses to evade pursuit. One glimpse of a hunter and they’re gone. It’s this challenge that motivates the hunting community.

Habitat loss and overhunting dramatically reduced turkey populations in the early 20th century. Partnerships have been key to restore this much-admired bird. The National Wild Turkey Federation (NWTF), for example, works throughout the U.S. to restore turkey numbers. Ricky Lackey, district biologist for the NWTF in Florida, emphasized why the work they do matters so much.

“We help public and private managers in the state improve habitat for, really, all upland species,” Ricky told me. “Turkeys are a focus but we’re doing a lot of work that benefits most upland game and nongame species.”

The restoration work consists of management techniques meant to bring back natural communities and the species found within them. The only problem is that NWTF is a nonprofit and one that does not own land. They must work with those who manage enormous tracts of land to achieve their goals, such as the Florida Fish and Wildlife Conservation Commission (FWC).

“We can’t do the work that we want to do without state agencies,” explained Ricky. “We’re just a nonprofit so to have a partner like FWC is crucial, it’s critical. We could not even come close to making the impact we do without them.” 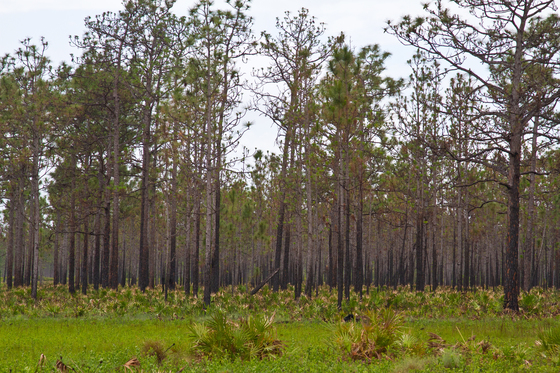 David Johnson, section leader of the Wildlife and Habitat Management section of FWC, echoed this sentiment.

“We have 5.9 million acres in the Wildlife Management Area system. We’re not lead on all of that acreage, but we’re involved in that and we have a very limited staff that can do things on the ground and, so, there’s a lot of things to be done. And we can’t do it alone. We just can’t.”

Prescribed burning, for example, is a major undertaking involving many agencies. Those who manage turkey populations know how important it is to do, and to do on a massive scale to increase turkey numbers.

“Fire has shaped the landscape in the Southeast over thousands of years,” Ricky Lackey stated. “Without fire, hardly any native species would be as prevalent as they are, if they were here at all. Prescribed fire is essential for robust wildlife populations.”

The Florida Forest Service (FFS)which oversees all Florida burns, set the all-time record for most acreage burned by one state agency back in 2014. To Jim Karels, FFS director and a turkey hunter himself, restoring landscapes via fire and partnerships go hand-in-hand.

The number of acres burned as a result of these partnerships continues to rise. On a recent turkey scouting excursion to a local WMA, low grasses and blooming flowers pierced the blackened ground in all directions. The habitat looked promising for my upcoming hunt. Like good hunting guides, the aforementioned partners have put me and many others in a good position this spring turkey season. But, now, it falls on my shoulders to complete the next step. 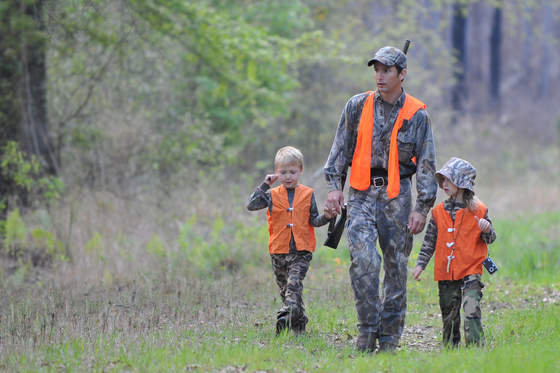 See if I end up bagging a turkey in part two of this two-article series, coming next week. In the meantime, check out opportunities near you to hunt or view turkeys, along with a suite of other wildlife species on FWC Wildlife Management Areas. April is also a great time to view other results of WMA partnerships, such as restored habitats full of wildflowers and pollinators, and to participate in our 75th anniversary events such as the spring photo contest and geocaching challenge. Earth Day is coming up too, so don’t miss our “Welcome to the Woods” event held on April 22 at Seminole Forest WMA.