To maintain quality habitat for game and nongame animals, longleaf pine forests in these areas require consistent prescribed fire. Prescribed fire inhibits the growth of trees that serve no benefit to wildlife, enriches the soil for new grass growth and opens up the forest’s mid-story. 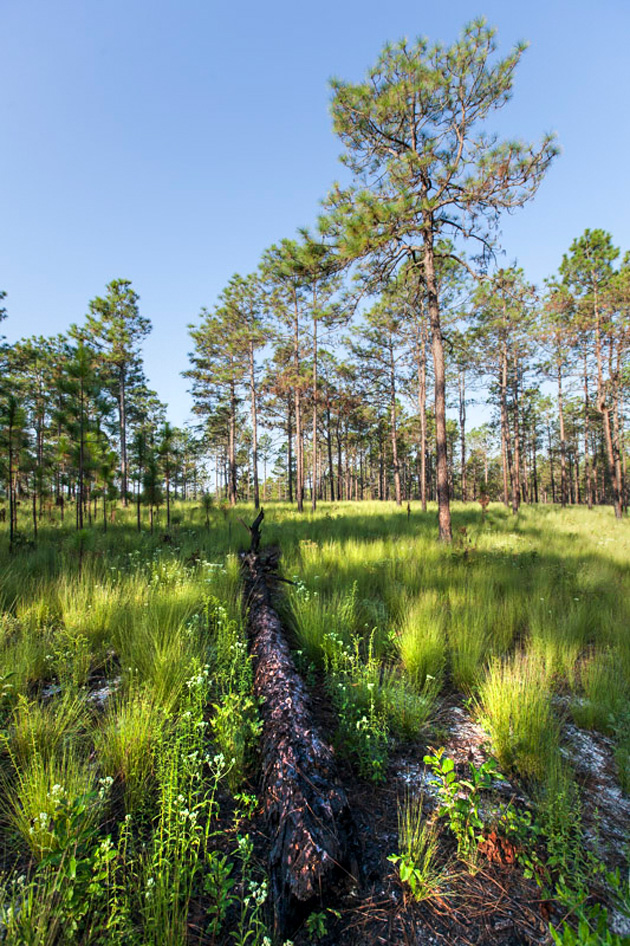 “When the mid-story is opened, light can reach the ground, providing energy for grasses and forbs to grow in the understory,” said Chris Coxen, NWTF North Carolina district biologist. “These flowering plants and grasses help make up this rich biodiversity and provide habitat conditions that favor a diverse array of wildlife species.”

With each controlled burn, land management becomes easier and future prescribed fire use becomes more effective. Regular prescribed fire on state land improves forest conditions for hunted game animals like quail, turkey and deer, as well as rare nongame wildlife such as the red-cockaded woodpecker and the Bachman’s sparrow.

“The Sandhill’s Game Land is one of the key properties impacted through this project,” Coxen said. “At 64,862 acres, it provides one of the few remnants of contiguous, large-acreage longleaf pine systems in North Carolina.”

The NWTF has provided nearly $66,000 over two years to help fund the project. These funds paid for extra personnel, which increased the amount of acreage burned and benefitted more wildlife.

“The North Carolina NWTF Chapter is excited to partner with NCWRC and TNC to increase the capacity of prescribed fire within longleaf pine forests on state game lands in North Carolina,” Coxen said. “There are not many functional, large-acreage longleaf pine tracts remaining in the state. It is critical to regularly burn these longleaf forests on our public lands to maintain their unique plant and animal diversity.”