Recovering America’s Wildlife Act of 2021 passed out of the Senate Environment and Public Works Committee and will be released to the full Senate for consideration. What does this landmark bill mean for wild turkeys, and why turkey hunters should track it? 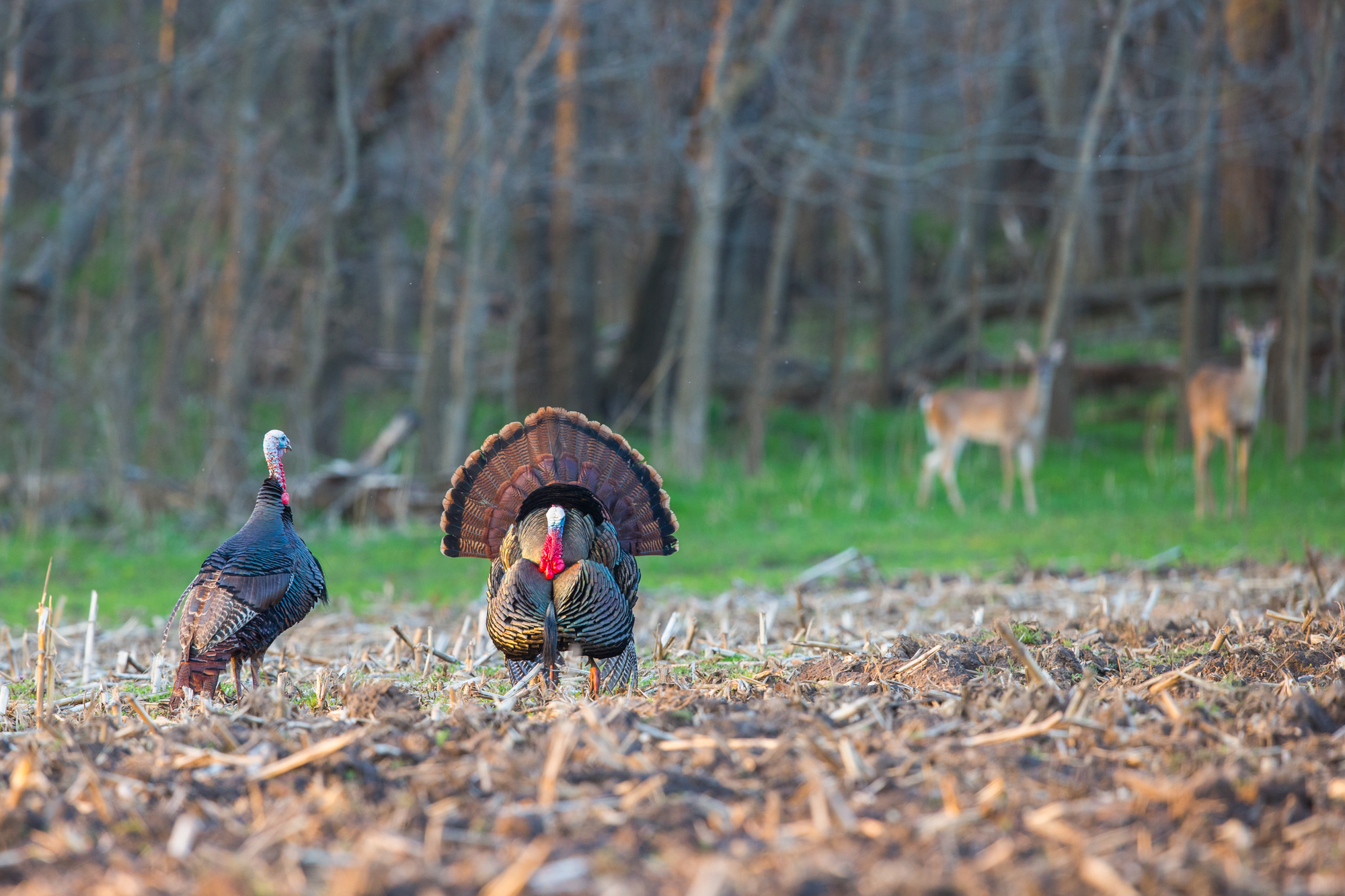 The wild turkey is the poster bird for conservation success, or it was. The story is oft told. By the early 1900s, wild turkeys were nearly extinct due to over hunting and habitat loss. Only about 200,000 turkeys gobbled in North America. By the 1970s, thanks largely to early trap-and-transfer efforts and habitat recovery programs, wild turkey numbers increased to about 1.5 million birds, an improvement but still a low number. Enter the NWTF. By 2004, after years of scientific research, habitat improvement projects, countless partnerships, education and outreach, passion and plain hard work, the number of wild turkeys grew to 6.7 million. What had become a rare, elusive bird was common again by this millennium.

This story keeps on strutting, however it’s not in step with how we had hoped. Over the last two decades, overall wild turkey numbers have dropped an estimated 15% to around 6 million nationwide, but the situation is more dire in states like New York, where turkeys have declined by 40%, and Missouri and Arkansas where turkey numbers are down 50% and 65%, respectively.

“In certain states, ranging from New York to Mississippi, Alabama and South Carolina, turkeys are in urgent need,” said Matt Lindler, NWTF director of government affairs. “The NWTF began its Save the Habitat. Save the Hunt. initiative initially to raise awareness of the decline. The reasons vary by region and are based on factors like breeding, how turkeys over-winter and disease, but poult survival is the main thing. There’s a lot of research happening, especially in Missouri, which will hopefully give us some answers.” 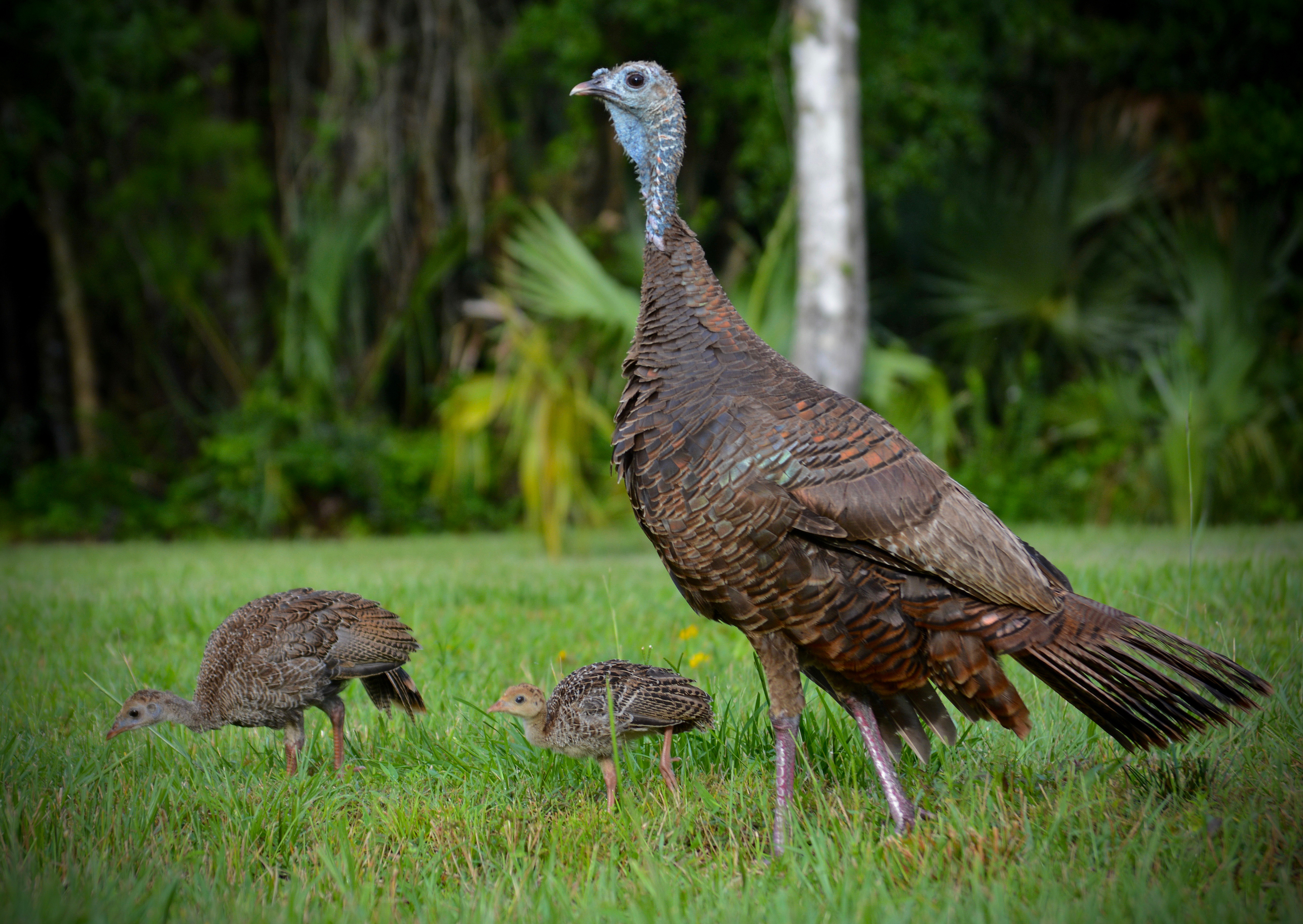 Turkeys aren’t the only species that biologists are studying. State agencies across the United States have collectively identified 12,000 wildlife and plants species in need of conservation assistance in their state wildlife action plans. It’s a huge, troubling number linked to loss of habitat as more land is turned into cropland and housing for humans. That old cliché about history repeating itself has proved true but this time with a twist. Changing and more extreme weather patterns have exacerbated the situation.

RAWA to the Rescue?
If passed into law, Recovering America’s Wildlife Act (RAWA), a bipartisan bill proposed in 2021 in both the U.S. House of Representatives and the U.S. Senate, would provide much needed funding to help states, territories and tribal lands stem wildlife’s decline, keeping thousands of birds, animals and fish off the Endangered Species List.

RAWA would provide $1.39 billion per year to state conservation and natural resource departments and an additional $97.5 million to tribal nations to implement needed programs as outlined in each state’s and tribe’s wildlife action plan. At least 15% of the funds would be tied to species that are already categorized as threatened or endangered. If the bill passes, it would be a big win for all wildlife, including the wild turkey.

“The states are the true mechanism for recovering and sustaining wildlife populations,” Lindler said. “RAWA would give states the resources to address declining wildlife populations as it aligns with their action plans rather than it happening at the federal level. If a species is on the Endangered Species List, it locks down habitat and triggers extensive legal reviews to prevent further damage to the species. It’s important to keep these lands open to allow outdoor recreation to continue.”

According to Lindler, it’s vitally important to keep wildlife management within the states, however, currently, there’s not enough funding for the capacity that’s necessary at the state level to conserve and manage wildlife.

Acting on Action Plans
Every state in the country has a wildlife action plan that serves as a roadmap for wildlife management and conservation within that state. It looks at the health of various species and various habitats, identifying which ones are in decline and the steps needed to halt the trend. It’s more expensive and takes more effort to restore a species after it becomes rare or endangered. The idea is to catch and reverse the decline long before it gets to that critical point.

In 2000, the federal government implemented the State and Wildlife Grants Program, which was meant to be the main source of funding for the implementation of state wildlife action plans. While helpful, this grants program provides only $65 million spread across all 50 states and U.S. territories. Eighty percent of the budget for state wildlife agencies still comes from the sale of hunting and fishing licenses and federal excise taxes on hunting and fishing gear. It’s not enough.

RAWA would be our country’s most significant investment in wildlife conservation in recent memory. The money would be earmarked for habitat restoration, eradication of invasive species, reintroduction of native species and to fight plant and wildlife diseases. It would benefit people, too. For example, restoring a native fish in a waterway usually means improving water quality and flood control. And it would create an estimated 33,000 jobs, in fields as diverse as forestry, construction, wildlife biology, outdoor recreation and environmental science. And it would help ensure healthy wild turkey populations for the foreseeable future.

Taking Action in Washington for RAWA
The Recovering America’s Wildlife Act would have a direct impact on each state’s ability to restore declining wildlife populations and manage wildlife at healthy levels, including wild turkey populations. The NWTF has strongly supported the bill through the years, as this isn’t the first time it has been considered. The biggest challenge has been getting it passed by Congress, which is distracted by other priorities.

“We’re working in a number of ways to raise awareness in Congress about RAWA,” said Lindler. “We support coalitions like the Association of Fish and Wildlife Agencies, American Wildlife Conservation Partners and the Congressional Sportsmen’s Foundation. We’re urging everyone to write letters, and we’re talking directly to senators and congressmen. We’re keeping the conversation at the forefront.”

If it passes, RAWA would bring a keystone change in conservation policy, providing dedicated and allocated funds every year at a significant amount and at the state level. It would increase every state’s ability to address vulnerable species.

“The states are our biggest partners,” Lindler said. “We depend on the states to sustain wildlife populations. Thanks to the support of our members, the NWTF has a big voice in Washington, D.C., and in state capitals.”

The U.S. House of Representatives is looking at a slightly different version of the bill than the Senate. The House bill would fund RAWA through appropriations. The Senate proposal would fund it through fines collected from environmental violations, such as the illegal discharge or transportation of hazardous materials and wildlife-related crimes.

“The NWTF favors the Senate version,” Lindler said. “The U.S. government collects over $4 billion per year from environmental violators. It’s a sustainable source of funding that already exists, and the money would not be taken away from other programs.”

Lindler urges NWTF members to contact their legislators to take action on the bill, sooner rather than later.

“RAWA would help keep wildlife management local,” he said. “The states have a local perspective. They know what’s best for the variety of recreational users within their state.”

Historic Legislation for Conservation and Wildlife

Great American Outdoors Act - 2020
This landmark conservation legislation signed into law in 2020 will use revenues from energy development to provide up to $1.9 billion a year for five years for needed maintenance infrastructure in our national parks, forests, wildlife refuges, recreation areas and Native American schools. It will also use royalties from offshore oil and natural gas to permanently fund the Land and Water Conservation Fund to the tune of $900 million a year to invest in conservation and recreation opportunities across the country.

Pittman-Robertson Modernization Act - 2019
Without a federal mandate, or any increase in user fees or taxes, this act preserves the current user pay/public benefit funding model of wildlife conservation for future generations by giving state fish and wildlife agencies the flexibility needed in today’s environment to use funds for state-specific needs while complimenting current, critical wildlife conservation efforts.

Federal Aid in Fish Restoration Act (Dingell- Johnson) - 1950
An extension of the concept of the Pittman- Robertson Act, this act uses a general tax on sport fishing equipment to raise funds that are made available to states for the restoration and management of sport fisheries.

Federal Aid in Wildlife Restoration Act (Pittman- Robertson) - 1937
This act created a federal excise tax on firearms and provides matching funds to states for the acquisition, restoration and maintenance of habitat for the management of wildlife and for research concerning wildlife management. To date, this act has invested more than $5 billion in state wildlife habitat projects.

U.S. Farm Bill – 1933, renewed every five years
The farm bill is the primary agricultural and food policy tool of the federal government, but it also has a huge impact on conservation funding. Every five years, Congress works to revise and renew the comprehensive omnibus bill. Beginning in 1933, farm bills have included sections or titles on commodity programs, trade, rural development, farm credit, conservation, forestry, agricultural research, food and nutrition programs.