Restoration of Longleaf in Alabama and Florida

The restoration efforts of longleaf pine forests along the coasts of Alabama and Florida are making substantial progress thanks in part to the NWTF.

The NWTF and the 16 other organizations that make up the Gulf Coastal Plain Ecosystem Partnership have collectively conserved or enhanced 38,739 acres in southern Alabama since 2016. 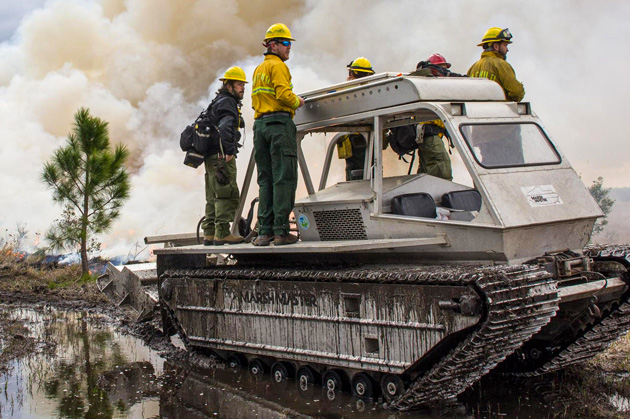 After working with Vernon Compton, GCPEP Director, and figuring out how the NWTF could help the GCPEP, NWTF staffers in Alabama presented the conservation organization for consideration to GCPEP partnership, as all partners are assessed before officially becoming a part of the group.

Since 2016, the NWTF has been an instrumental component of the partnership, offering funds, in-kind time, leveraging ability from its Super Fund Grant and financial support from local Alabama and Florida chapters.

The teams that prescribe fire and combat invasive species have “been trained to handle, relocate and monitor threatened and endangered species such as the gopher tortoise, red-cockaded woodpecker and indigo snake,” said Bobo. “They also perform a great deal of invasive species control with a focus on Cogon grass, a species of great concern when it comes to the threat on southern pine forests.”