Restoring the Emerald Islands in the Sagebrush Sea

Unless you’re a biologist, these terms might seem somewhat foreign. Despite their uncommon use in our everyday language, these simple-yet-innovative technologies play an essential role in restoring wet meadow habitat in areas adversely affected by erosion, historical land use practices, disrupted floodplains and other factors.

In the sagebrush steppe (a large area of flat unforested grassland) of central Montana, the NWTF is partnering with the National Wildlife Federation and other conservation partners to install these innovative structures throughout streams, rivers and floodplains on lands managed by the Bureau of Land Management.

Like natural beaver dams, Zeedyk structures and beaver dam analogs use simple materials – including wood, posts and stones – to raise the water table, an effective and non-intrusive way to make a significant impact. 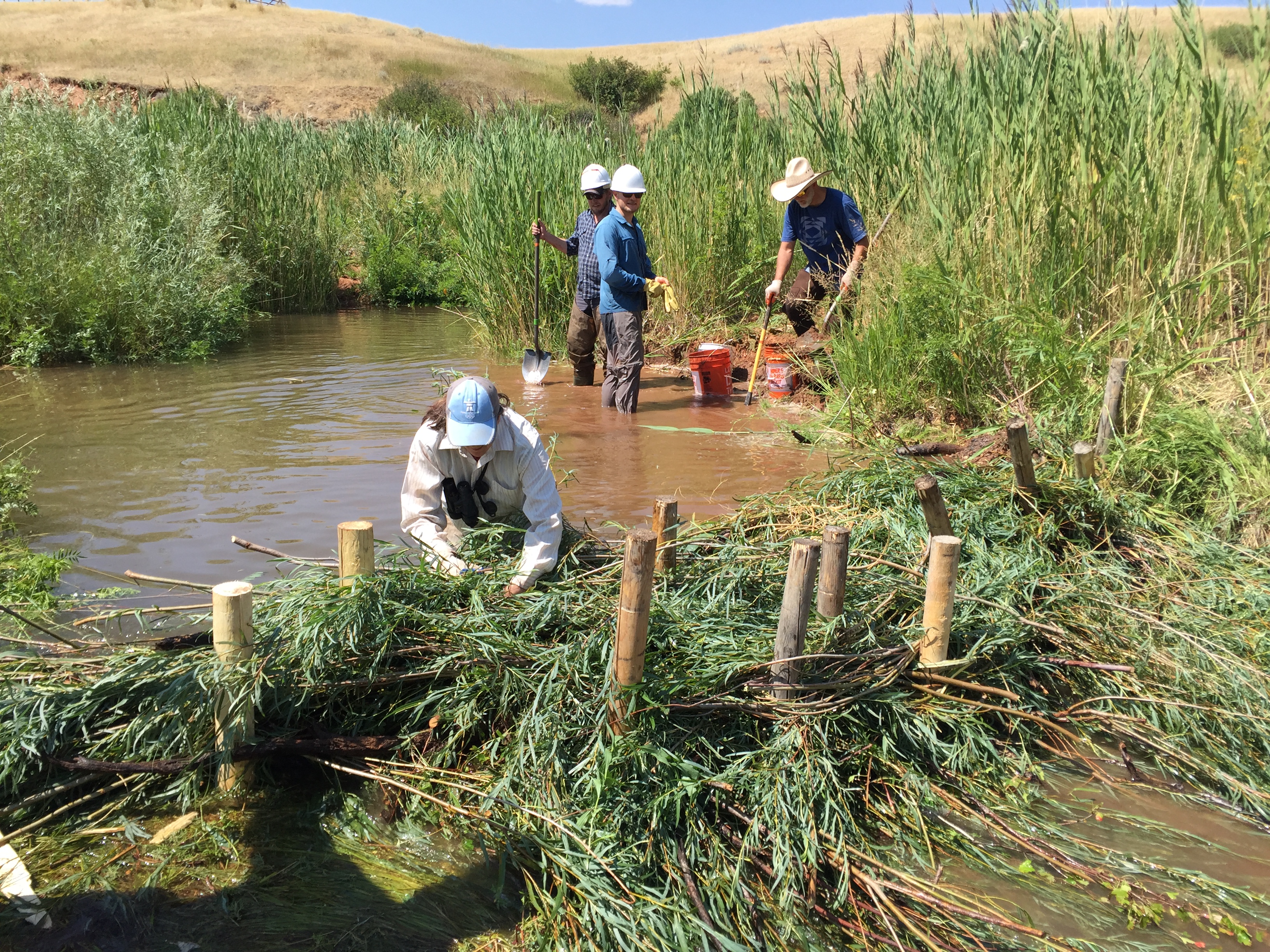 (An example of a BDA. Photo courtesy of the Intermountain West Joint Venture) 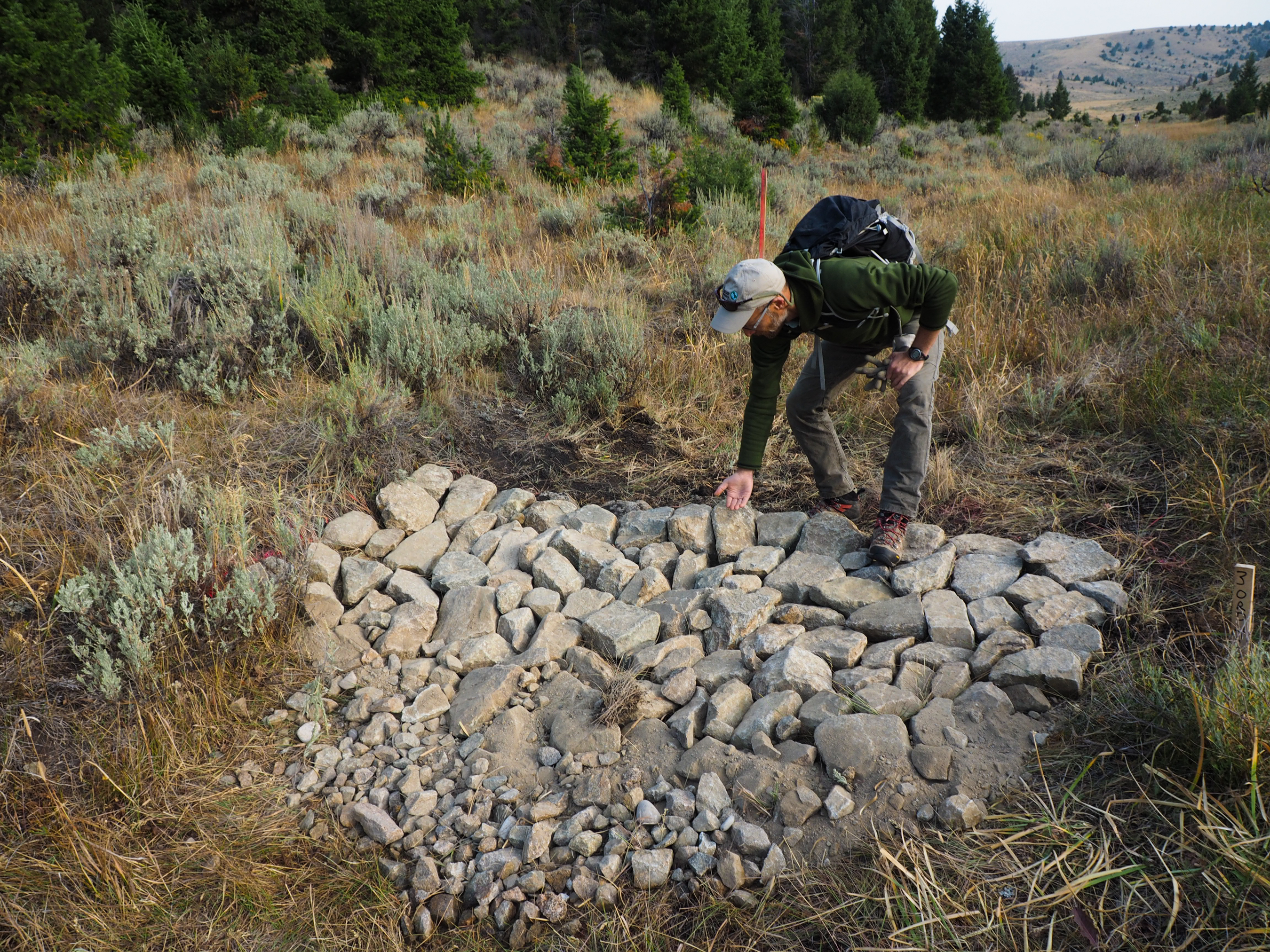 (An example of a Zeedyk structure. Photo courtesy of Intermountain West Joint Venture.)

Wiegand explained that when these structures help build up and raise the water table, riparian vegetation is able to establish more widely across the floodplain, retaining water for longer into the growing season. With more vegetation surrounding the water system, the roots create more structure in the banks of streams and rivers, preventing erosion and making the ecosystem self-sustaining.

Called “the emerald islands in the sagebrush sea,” these streams and wetlands in the central part of Montana make up a small percentage of the overall landscape. Therefore, the areas where these wetland habitats exist are critical to the native wildlife and people.

“There are many benefits to using these structures to raise the water table,” said Collin Smith, NWTF district biologist for Montana, Idaho and Wyoming. “The results can greatly increase the diversity of vegetation found on the banks of streams, providing food and nutrients for many wildlife species. Over just a few years, these simple technologies can restore an entire ecosystem.”

Wiegand explained that beavers will come and inhabit an area where beaver dam analogs have been installed and will continue the maintenance of the structure or disperse into the newly created habitat.

But it’s not just beavers, grouse, turkeys and land-dwelling critters that will benefit. Installing beaver dam analogs and Zeedyk structures is vital for aquatic species too.

There have been several studies and projects that monitor how amphibians and aquatic species utilize and benefit from these structures.

“Thus far, the science indicates that native aquatic species have co-evolved with beavers and can pass through and take refuge in the temperature regulated pools they create,” Wiegand explained.

This project is an extension of the prior Rose Creek and Reed Coulee projects, which in total impact 4.68 stream miles and directly improve 51 acres. Additional contributing partners include the National Fish and Wildlife Foundation, the Bureau of Land Management and the Montana Wildlife Federation.

This unique project is one of 14 new projects under the NWTF’s new Waterways for Wildlife initiative, a comprehensive, landscape-level effort addressing critically urgent conservation needs in riparian ecosystems along rivers and streams in the Great Plains of the United States.

Over the next ten years, the NWTF will improve 75,000 acres of wildlife habitat along 1,500 linear miles of waterways in the Great Plains landscape.

“We are proud to have such great partners and meaningful projects as a part of the first year of our Waterways for Wildlife initiative,” said Jared McJunkin, NWTF director of conservation operation in the central region.