Missouri’s moniker, the “Show-Me State,” is an apt nickname, as the state has so much to show off, especially its natural resources. NWTF youth turkey hunts across the state also showed us our hunting heritage is in good hands. 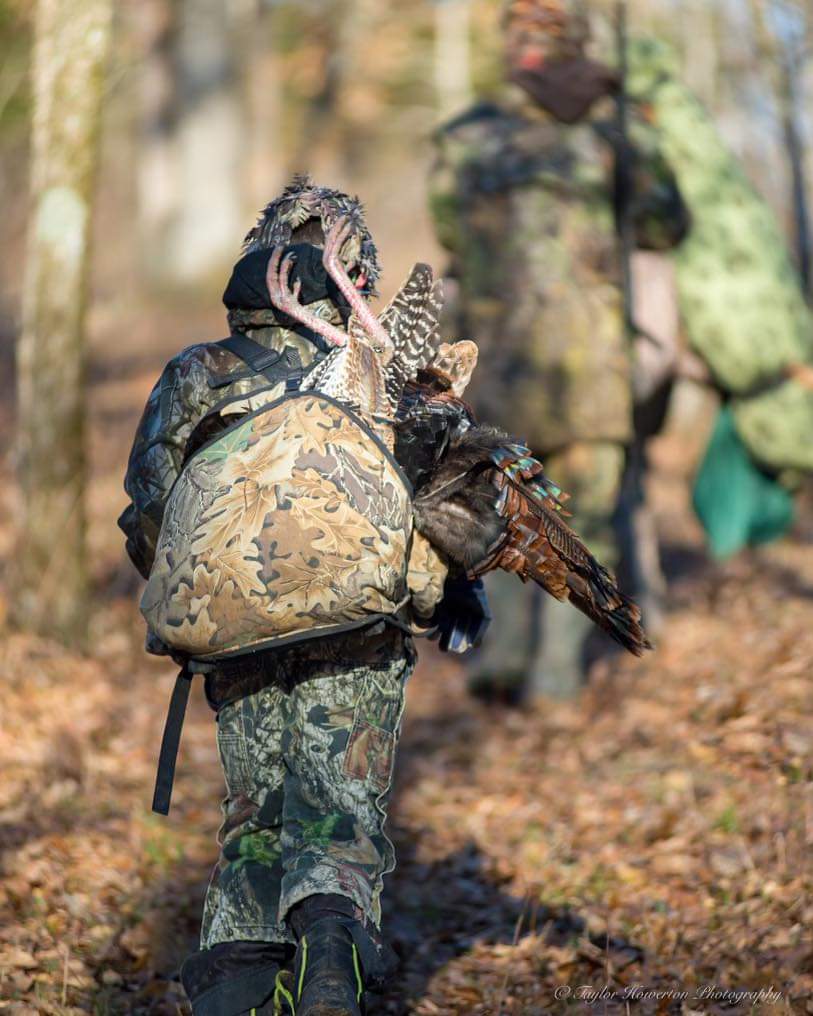 “Missouri is a national leader in recruiting and retaining hunters,” said John Burk, NWTF district biologist for Missouri, Iowa and Illinois. “A lot of that has to do with reasonably priced licenses and a convenient regulatory process to legally participate. Missouri also has a strong outdoor tradition and many opportunities to offer its citizens.”

The NWTF outreach presence in Missouri yielded great results this spring, with masses of youth in the woods and dozens of birds harvested. Here are some of the highlights:

“The whole reason for this event is to get kids out in the timber to go turkey hunting who otherwise would not have an opportunity to go,” said Billy Yargus, renowned turkey caller and volunteer at the NEMO hunt. “We had so many great volunteers and sponsors that made it all possible.”

The NEMO hunt is the brainchild of dedicated volunteer Ralph Bedenbender who coordinated with landowners and spent many hours setting up blinds and finding mentors to ensure the youth had access and all the tools needed for a successful hunt and a good time.

“We had a heck of a good turnout, it was a beautiful day, the kids did really good, and I don’t know how you could ask for a better weekend,” Bedenbender said. “We are in a good community where we get a lot of the farmers’ support, and that means a lot. It’s a lot of work, and it takes a lot of people.”

The youth were also given turkey hunting gear and were able to win prizes, thanks to many generous companies and volunteers. 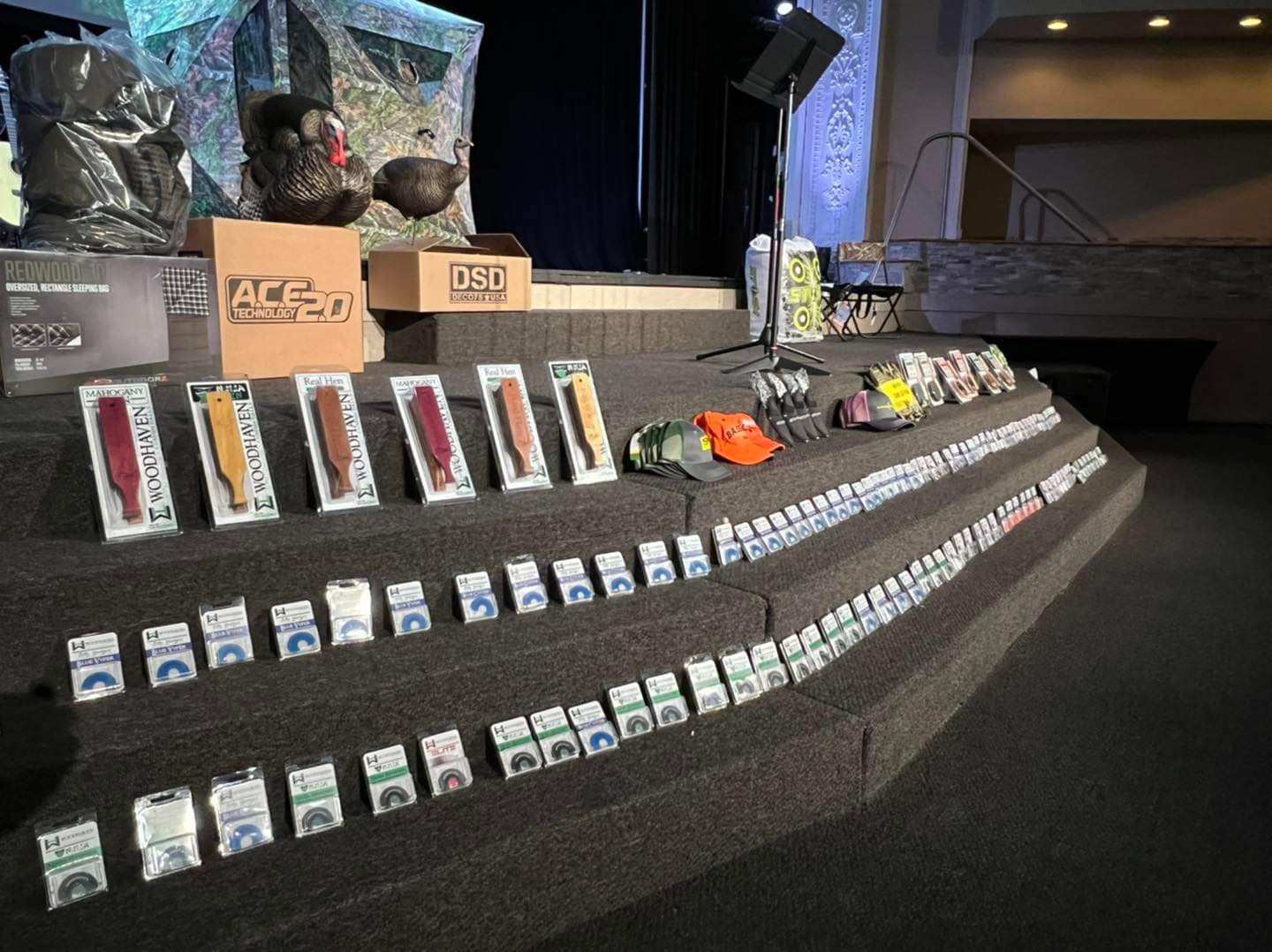 The Governor’s Youth Turkey Hunt is a collaborative effort between Governor Mike Parson, the NWTF, the Conservation Federation of Missouri, the Missouri Department of Conservation and many other volunteers and landowners.

“This past youth turkey season marked the 13th year of the Governors Youth Turkey Hunt,” said Burk. “This successful annual event helps introduce new people to the joys of spring turkey hunting while also serving as a testament from our government that they recognize the importance of natural resources and value what these resources mean to the folks they govern.”

To be eligible for the hunt, youth must be ages 11 to 15 and be first-time hunters or have never been turkey hunting.

Later that evening, the youth hunters and their chaperones were invited to the Governor’s mansion for a spread of delectable foods. After the meal, the hunters departed for their hunting destinations, consisting of several high-quality properties offered for the event for the entire youth season weekend by gracious landowners close to the capital. 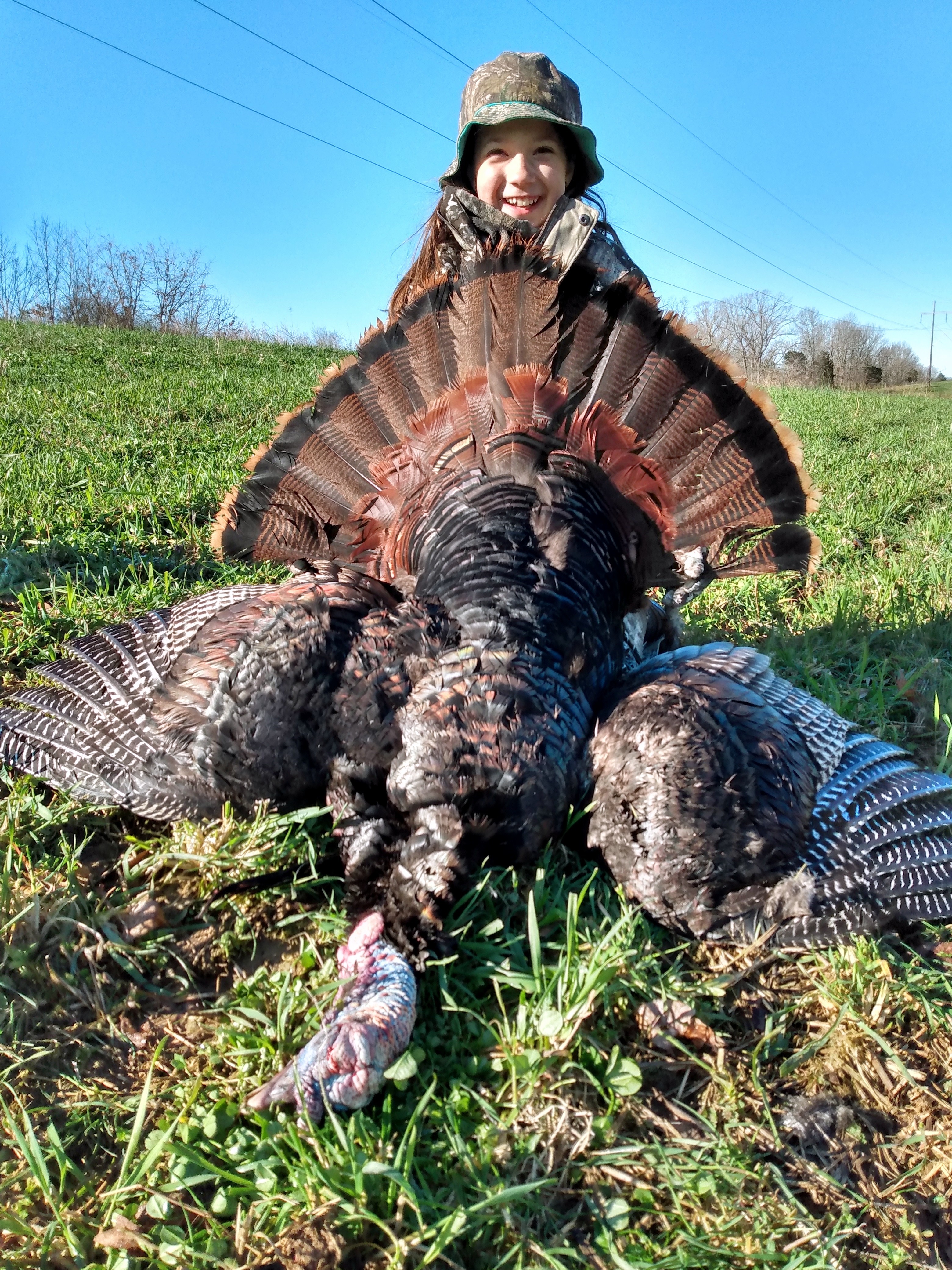 The Clay Howlett Memorial Chapter held their 2022 JAKES Event in late March. Nine first-time turkey hunters between the ages of nine and 15 participated in a turkey hunting workshop where they learned about turkey biology, hunting techniques and calling, turkey hunting regulations, hunting safety and shotgun patterning.

Youth who attended the workshop were selected to participate in a mentored turkey hunt on April 9-10 in Pulaski, Laclede and Camden Counties.

The hunters arrived early on opening morning and hunted with a conservation agent or an NWTF member who served as mentors. 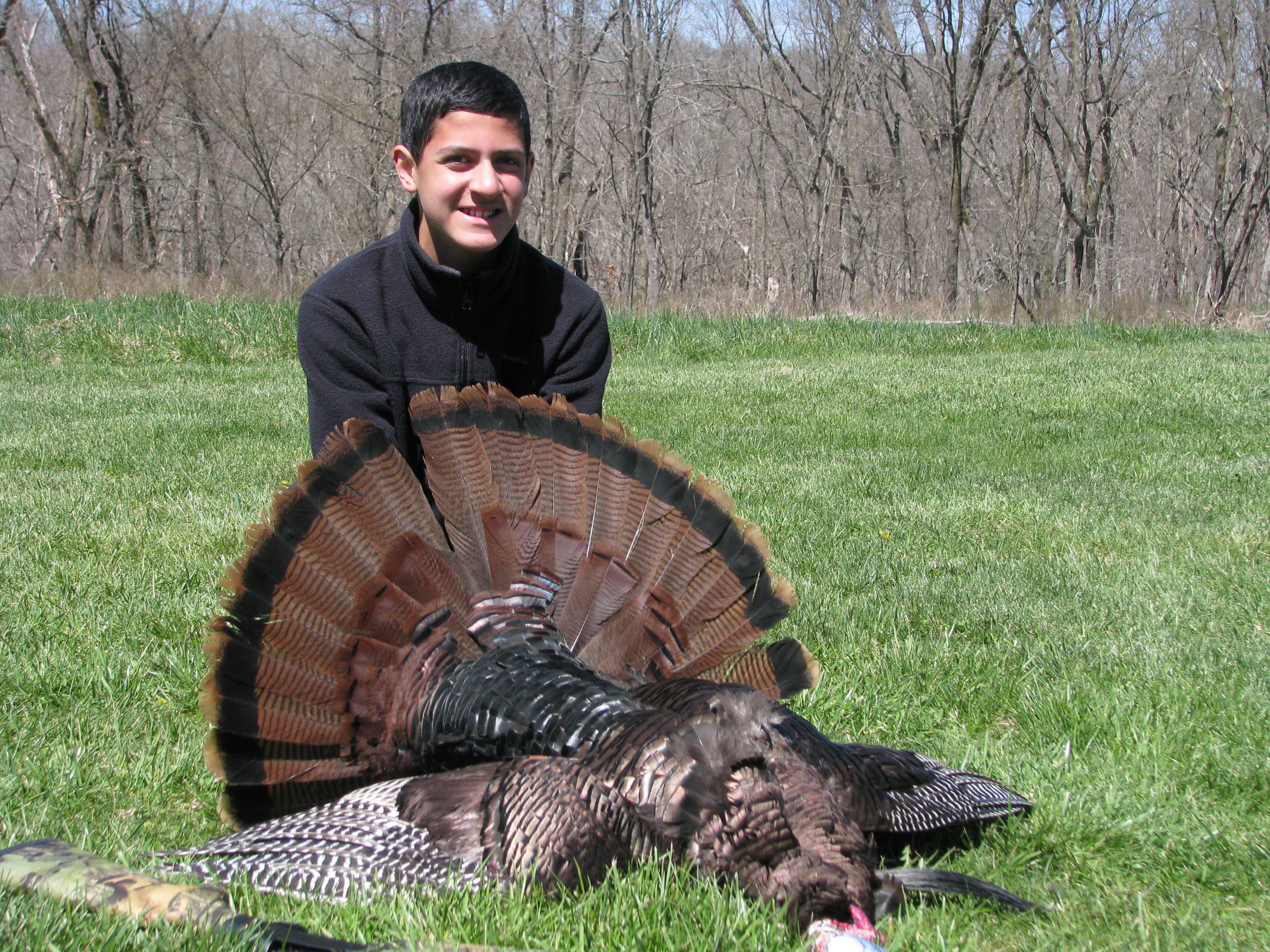 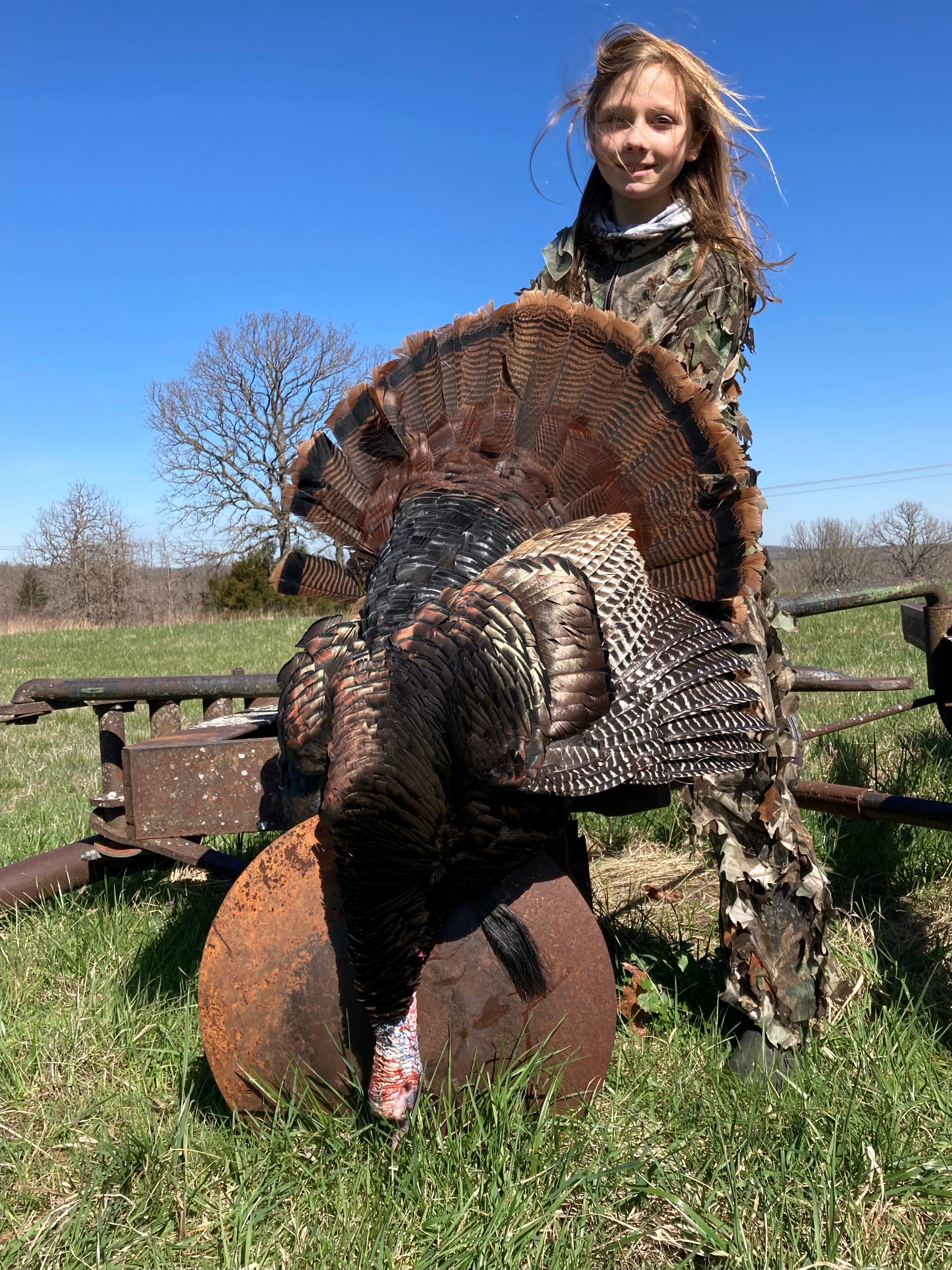 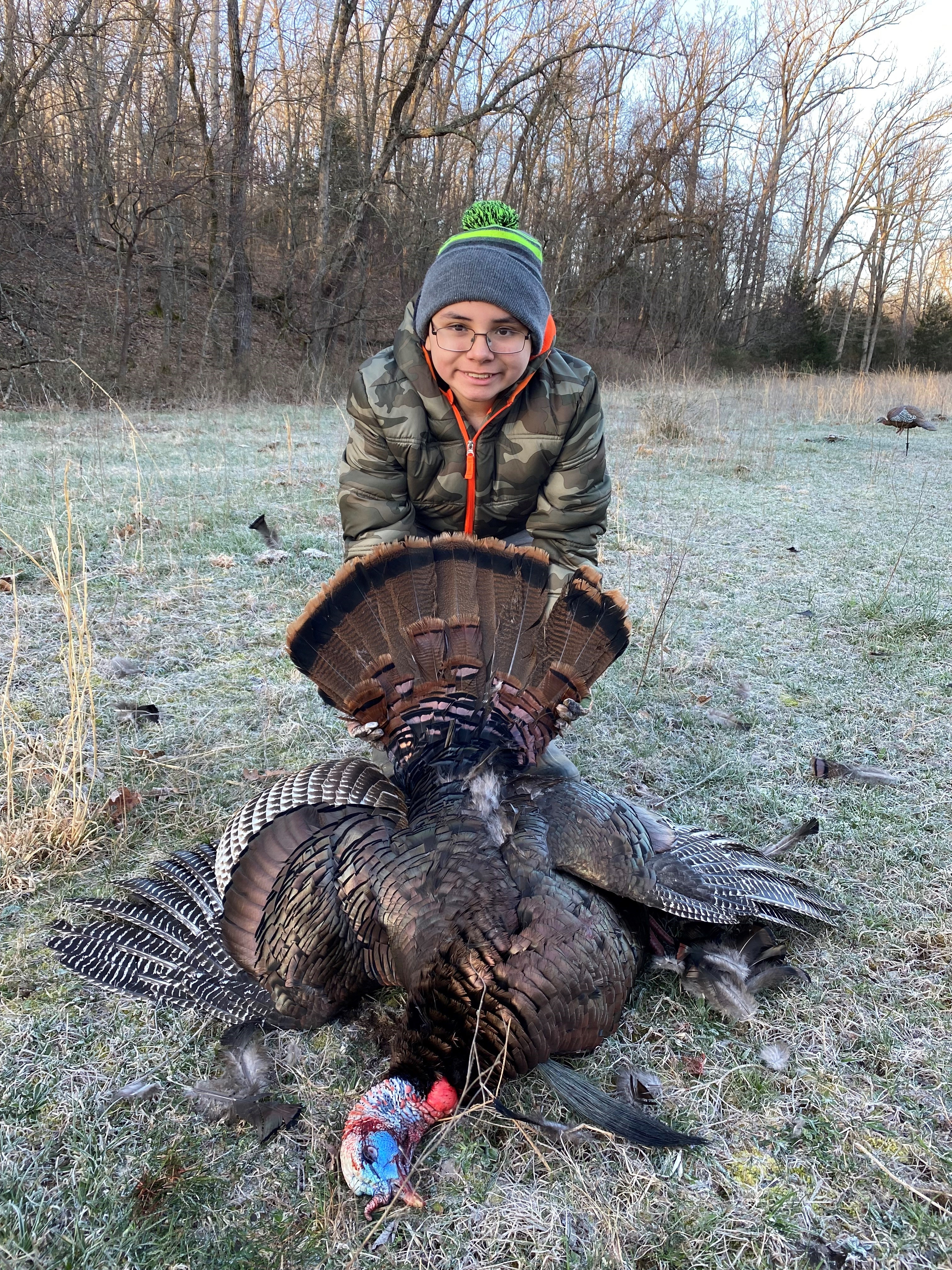 “The memory of the day I bagged my first turkey at eight years old is as fresh as if it happened yesterday, and that was 42 years ago,” said David Howlett, NWTF Missouri Board Member. “Being able to get these kids in the field and create those same feelings for them is more than a worthwhile endeavor. It warms the heart to see the excitement on those young faces, listening to their hunt stories, and knowing you have created a lifelong outdoorsperson and another voice for conservation.”

The Spring  Hunter Apprentice School is in its 12th year at Lake Wappapello.

“Every year, we have at least 6 core guys step up and want to guide,” said Rob Stover, NWTF Missouri JAKES coordinator. “We couldn't do this hunt without them.”

The event works to recruit kids who have never hunted or turkey hunted before.

“This year we had nine kids hunting and nine parents tagging along,” said Stover. “We like the parents to go to share the experience with their kids.

Prior to the hunt, on Friday night, a local Missouri Department of Conservation agent goes over hunting safety and regulations. Stover then does an activity for the kids called “What’s in My Vest,” which goes over the range of turkey gear and how to use it in the field.

The youths hunt both Saturday and Sunday, and after the hunt on Saturday, they participate in a just-for-fun calling contest.

Two kids harvested birds on Saturday and one on Sunday.

“When I see a young hunter come in grinning from ear to ear, it all comes back,” said Stover. “My hope is that these kids and parents keep getting out into the woods for the rest of their lives like I have been able to.”

These events don’t include the countless NWTF members who mentored friends, families and neighbors. Across the country, the NWTF and its state and local chapters are working diligently, like those in Missouri, to create new hunters. While youth are an important part of the mission, the NWTF also hosts hunts specifically for veterans, women and for people from all walks of life.

Recruiting new hunters is one of the main components of the NWTF’s Save the Habitat. Save the Hunt. initiative, a 10-year goal to increase conserved or enhanced wildlife habitat acres, open access to more public hunting and improve hunting participation. All goals were surpassed in 2020, with two years of the initiative remaining. As the initiative finishes its final year, the NWTF, since 2012, has conserved or enhanced 4,444,680 acres, opened 678,686 acres to public hunting access and recruited 1,531,384 new hunters.

Learn how you can get involved with the mission here. 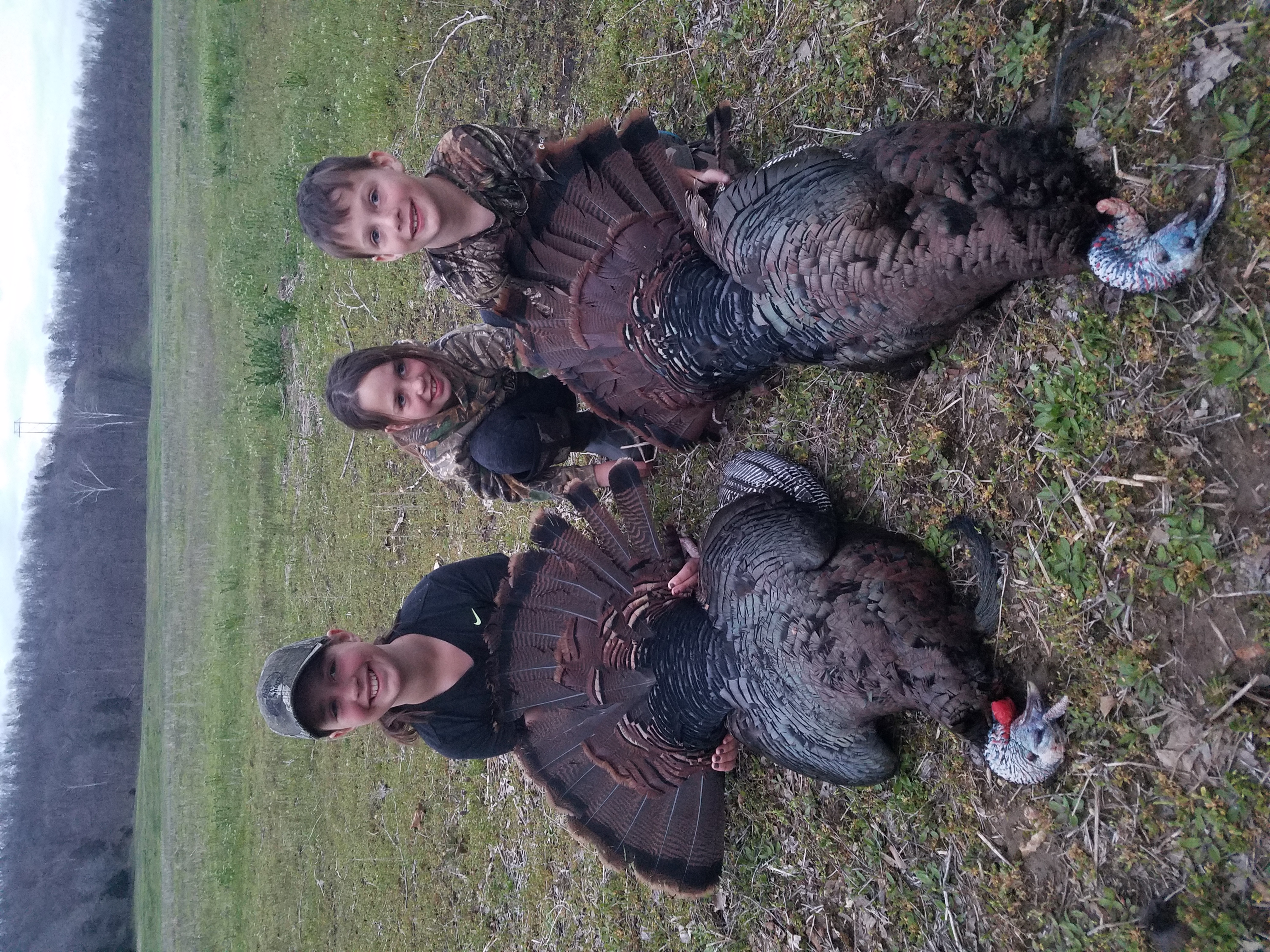