There tends to be a misconception surrounding prescribed burns and how it affects wildlife. People often see the destruction of raging wildfires on TV – or worse, have the misfortune of experiencing one firsthand – and often label all fire as bad. However, there is a huge distinction between wildfire and prescribed burning.

While it is easy to attribute fire, in general, to destruction and ruin, not all fires are ruinous; in fact, many landscapes and the wildlife that inhabit them, thrive from strategic prescribed burning. This is especially the case in Oklahoma and why the NWTF teamed up with numerous partners, including the Oklahoma Prescribed Burn Association, to implement prescribed burns throughout the state.

“Prescribed burning is essentially a planned disturbance that provides huge benefits to the ecosystem,” NWTF District Biologist Annie Farrell said. “It creates early successional habitat that many wildlife species rely on for various aspects of their life history, while also mitigating the risk of catastrophic wildfires by reducing fuel loads, so that the landscape remains healthy.” 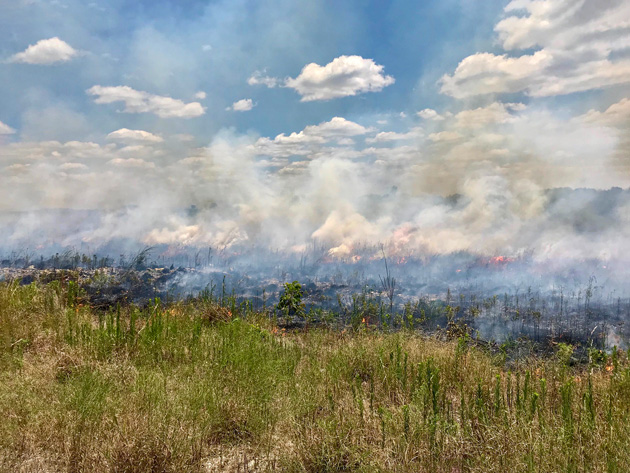 The Oklahoma Prescribed Burn Association is a statewide nonprofit created to support prescribed burns at a local level and to develop new, local prescribed burn associations throughout the state. The OPBA's goals include increasing landowners’ capacity for fuel load reduction, improving wildlife habitat, increasing grassland production and enhancing public health and safety for all Oklahomans.

To help facilitate OPBA’s overlapping mission with the NWTF, the NWTF Oklahoma State Chapter approved funding for prescribed burning throughout the state.

From fiscal year 2018 to 2020, the NWTF Oklahoma State Chapter contributed funds that went directly to funding the prescribed burning of 60,432 acres. Funds were used to purchase the necessary equipment for prescribed burns and to buy four trailers and convert them into ‘prescribed burn trailers.’ These trailers house all the needed equipment and facilitate prescribe burn associations at a local level to improve wildlife habitat. 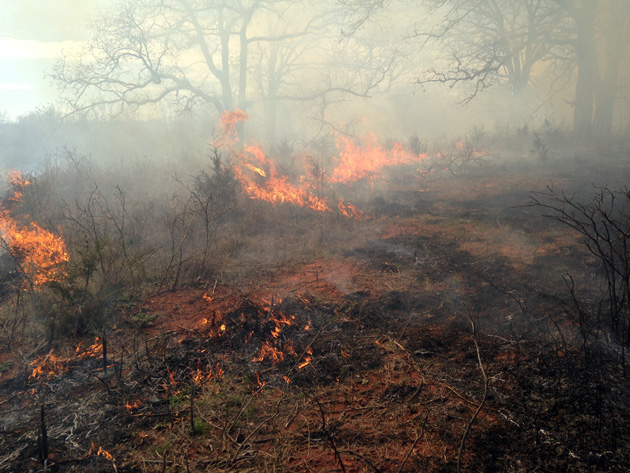 “The burn trailers give private landowners the tools necessary to conduct a prescribed burn without the large, up-front investment on prescribed burning equipment,” Farrell said. “This makes prescribed burning as a management tool accessible to more people, which has incredible benefits to wildlife habitat and also increases local community engagement.”