One axiom all wild turkey researchers, managers, hunters and conservationists agree with is that recruitment, or the survival of young wild turkeys, underlies population trajectory. Since restoration, most turkey science focused on addressing recruitment, hoping to identify factors that limit annual production.

Data collection efforts regularly focus on what percentage of nests are successful; that is, hatch at least one egg. Nest success is widely used as a proxy for the general productivity of populations each year. Nests are easy to find and monitor. Vegetation around the nest is easily measured. We can use information from successful and unsuccessful nests to direct local scale land management activities.

Decades of science-based conservation efforts to reduce turkey nest loss has focused on vegetation; the amount of usable vegetation in which wild turkeys can select to nest has been long thought to reduce the chance of nest loss. Still, what causes a nest to be successful remains complicated, posing elusive, contemplative questions for scientists and managers. 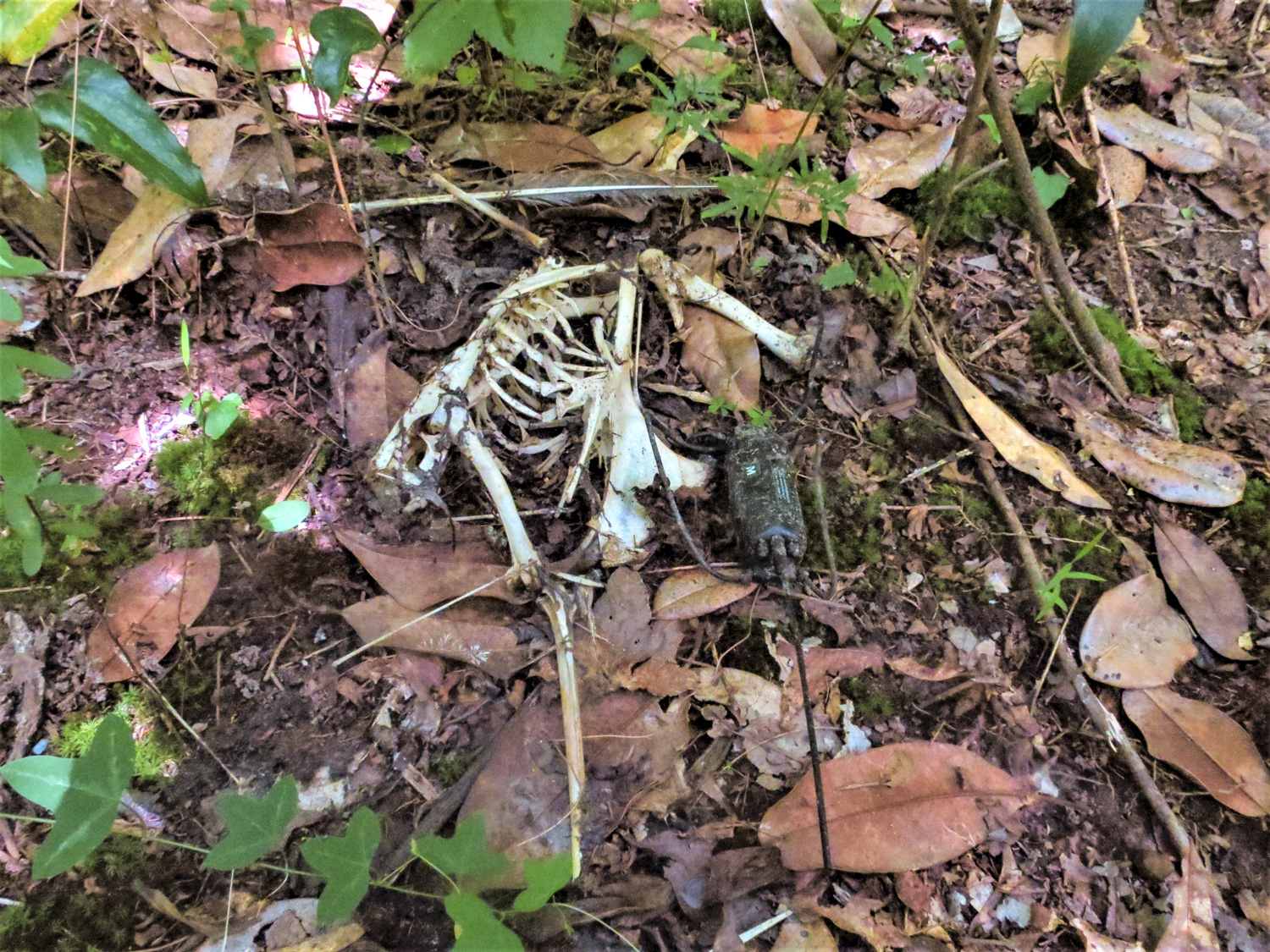 THE MOST IMPORTANT ACRES IN THE WORLD!

Nesting is an interesting time for female wild turkeys. They often travel long distances when beginning a nest, up to a few miles and often outside of their home range. Most females have never seen the location where they end up nesting until the day they walk up to it and lay their first egg.

Once the first egg is laid, the female has tied herself to that spot for the next 40 days. During the 12-14 days she lays eggs, she moves around a lot (1-2 miles a day) but only uses a small area (less than 500 acres). We think they are doing two things: evaluating available resources near the nest site and trying to stay away from the site as much as possible so they don’t draw attention to it.

When incubation starts, a female uses only about 30 acres near the site. She uses these during incubation recesses and stays there for the 26 to 28 days of incubation. That 30 acres becomes the most important space in a hen’s world, dictating her nesting success.

A wide array of factors causes nest failure. We generally group failures into two categories: predation or a disturbance that causes the female to abandon the nest. Even a failed predation attempt on a female may cause her to abandon her nest site and start anew. Generally speaking, though, females do not abandon nests unless disturbance is frequent and intensive. That leaves predation.

Nest predation is well known as the primary source of nest loss for nearly all avian species. Nest predation also causes most wild turkey nest loss, accounting for 90% or more of the losses each season.

Researchers and managers continue to focus on how to mitigate nest predation. Historically, science and management actions sought to collect vegetation characteristics at the nest site, linking those data to nest success. Research identified things like vegetation height or overhead cover at the site as differentiators between successful and unsuccessful nests. Unfortunately, many other research studies found that hen behavior during nesting is important to success, with nearby vegetation not as critical.

Scientifically interesting is that there seems to be little rhyme or reason to why females select certain places to put their nests. Some studies seem to indicate the primary driver of nesting success may just be due to chance. 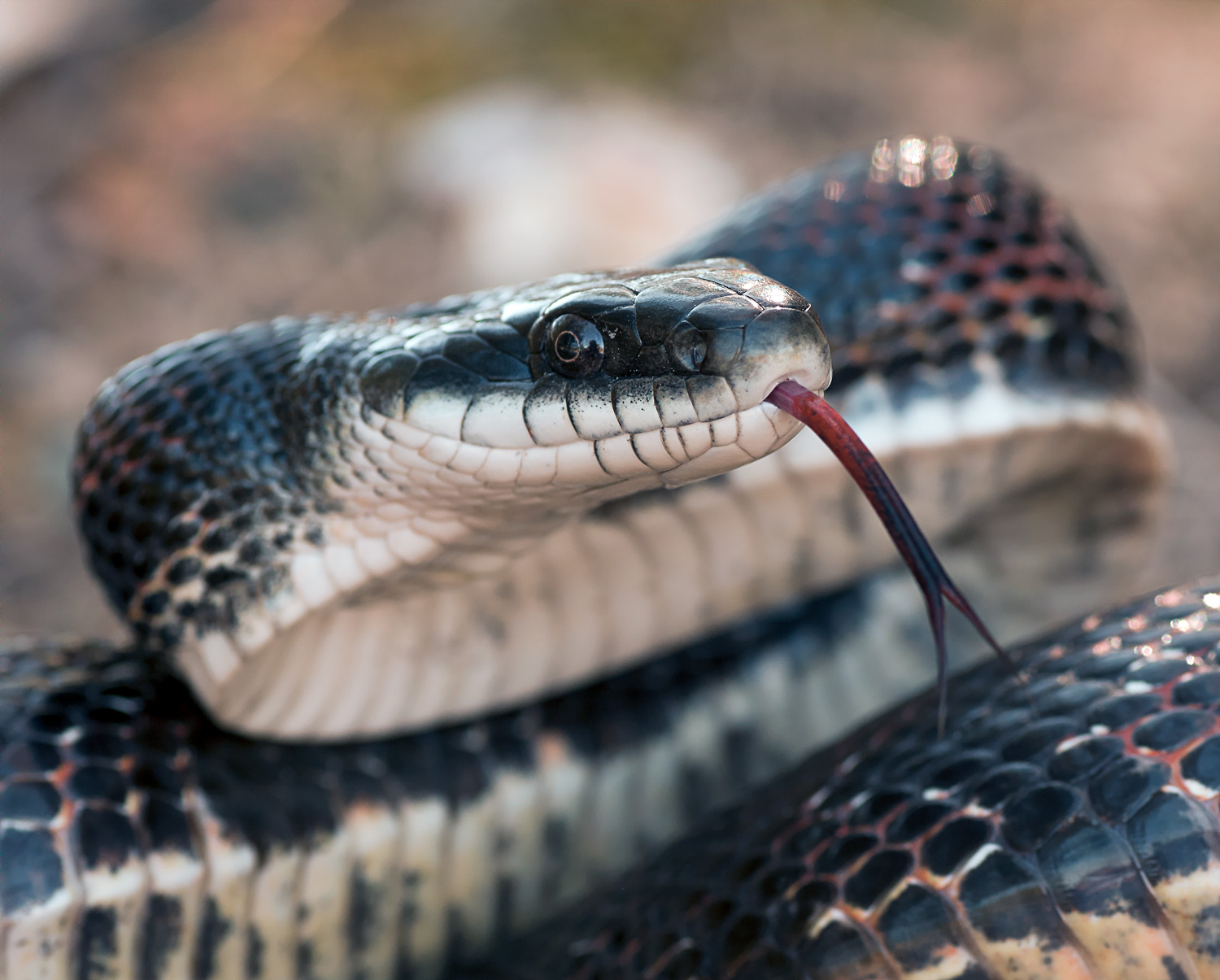 One regular question I hear is, “What eats turkey nests/causes turkey nests to fail?” The answer is, “Everything, but also not what you think.”

Considerable work has gone into looking at predator communities across the United States, usually using a technique called an artificial nest. An artificial nest is a nest scientists place on the landscape in an area that looks like a turkey might use it. You fill it with unwashed chicken eggs, slap a trail camera on it and then see what predators come to dinner.

Of course, you see all the usual suspects: coyotes, bobcats, opossums, raccoons, foxes, skunks, crows and ravens, and feral hogs. What you don’t see are snakes. Cold smelly eggs don’t attract snakes. But, when you put cameras on actual turkey nests, the diversity of predator species greatly changes. Snakes become common, as do ravens and crows, with coyotes, bobcats and owls also showing up.

It makes sense that we would see these species. Ravens and crows follow hens to nest sites and then harass her until she abandons the nest. Coyotes, bobcats and owls are after the female, not the eggs. Interestingly, most research has found that raccoons, armadillos, skunks and feral hogs are not regularly at active nests relative to artificial nests. Why? We suspect it is because female wild turkeys don’t recognize those species as a threat. Hens are more than willing to defend nests against species that are not a threat, or in the case of one really cool Gould’s wild turkey female we monitored, just ignore the fox trying to eat an egg out from under her while she was incubating one night!

WHAT ABOUT NEST LOSS? 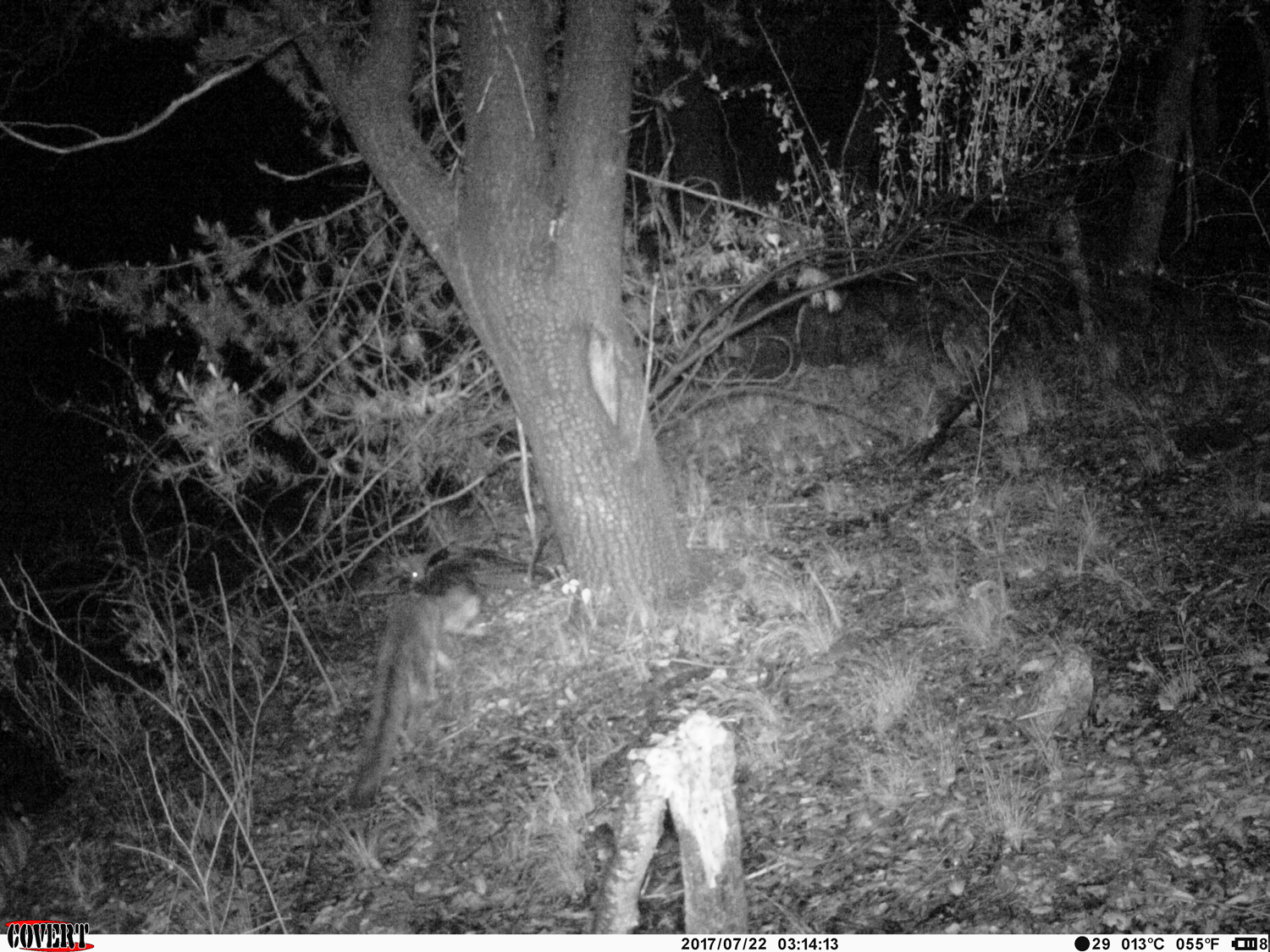 Finally, what can we do to reduce wild turkey nest predation? Careers, including mine, have been spent studying it. The answer is elusive. It is not as simple as removing predators to increase nest success. Rather, nest predation likely is compensatory. Even if you remove all of one species of predator, another fills the void. Removing all potential nest predators at a manageable scale usually isn’t an option since the community is diverse, consisting of a variety of species outside the typical furbearers typically targeted during fur harvesting.

Where does that leave us? I think it comes down to usable space. Recent work in the Southeast indicates that areas where successful nests occur often have fewer potential predator species show up when the female is nesting. We think this means that certain predator species avoid certain vegetation types. Where the female locates the nest may be important for that nest’s success, not because the vegetation she chose hid her from predators, but because predators avoid the particular vegetation where she put her nest.

By creating and maintaining usable space in our continually fragmented landscapes, we may be creating areas that nest predators avoid entering. How most potential nest predators behave and move relative to actively nesting wild turkeys is largely unknown. A fruitful future avenue to understanding wild turkey nest success may be to focus on how potential nest predators use the landscape, as opposed to where turkeys put their nests. — Bret Collier, Ph.D., associate professor of wildlife ecology, Louisiana State University