The Making of a Turkey Hunter

Anticipation. Apprehension. Your first hunts were likely filled with both. You learned turkey hunting one gobble at a time.

Texas, last spring. Catelyn Curry Folkert had done some turkey hunting before but hadn’t closed the deal. I was there to help. “Hens and four gobblers,” Folkert whispered early in the hunt. Ever alert, with the shotgun mounted in an easy to lift and shoot position, she was ready. 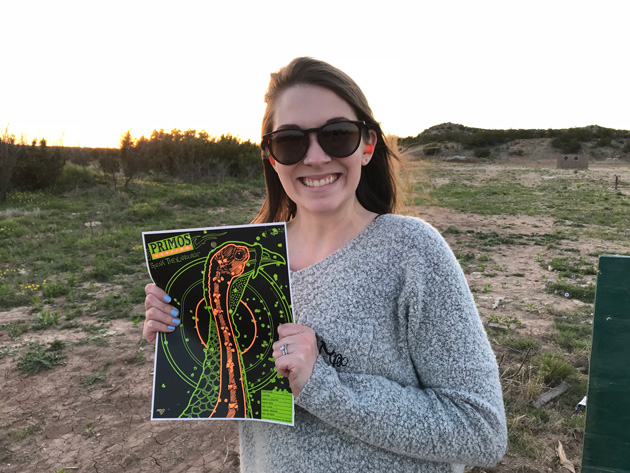 Catelyn and I eased down into a beautiful view of a pond, roost trees, fields — a perfect strutting area for gobblers as hens fed nearby. I owl hooted. Gobblers ripped back on the rim of the place we dubbed “The Bowl.” Hidden by trees, I explained we’d weave through the available cover and make our setup. We did. Gobblers hammered back when I softly owled again.

Hens soon clucked, yelped and carried on. Several were close. I softly tree called on a glass pot. Gobblers roared. More turkey wake-up talk, wings flapping and cackling told us the birds were flying down.

At a distance, several strutters appeared with many more hens. One, likely the boss, yelped plaintively. I mimicked her. Eventually, she started to climb the little rise to our position. I cut my eyes toward Catelyn. Her shotgun — successfully patterned with Federal Premium TSS at the range the day before — was steady. “Let ‘em come,” I said.

In range now, the gobbler stopped. Her gun stayed silent. I waited for the shot as the bird slipped past her. My gun barrel flowed with the strutter. I clucked; the longbeard’s head periscoped up. I dropped the bird.

A long respectful silence followed. I whispered, “What happened?” No reply. “The gobbler was leaving, I had to.” Catelyn said, “I would’ve been mad at you if you didn’t shoot that turkey bird!” 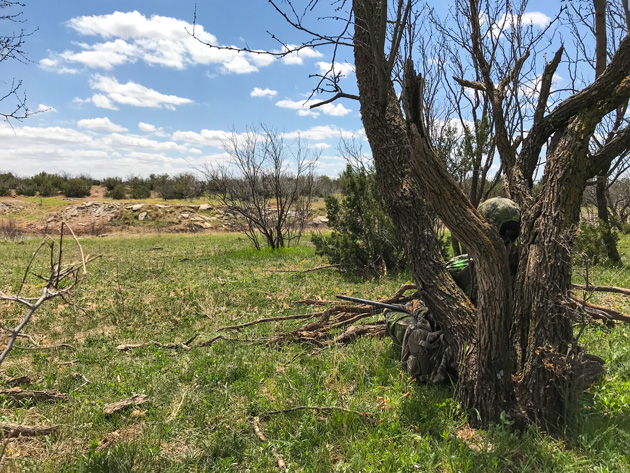 Same spot, same roost. Plenty of gobblers. But with so many hens, they eventually drifted off. I kept calling and made contact. A bird hammered, then went silent the way they do when mincing paranoid steps in your direction. “Gobbler, in range,” I said. “Can I shoot through the branches?” she answered.

Uh-oh. “You can shoot under the branches, so long as it’s at his head and neck.” Pause. Boom. Frantic wingbeats and gone.

Disappointment. Misty eyes. Then: “Why didn’t you shoot him?” she said. “I’m not shooting another bird until you do,” I smiled. “Let’s go find another.”

Steady encounters. Calling sessions, nearly getting several birds into range. I tried to lighten the mood. “Uh, so what do you think of this turkey hunting?” I grinned. Catelyn: “I think it stinks, and I hate it.” I laughed, knew better.

That afternoon, we settled in for the long sit. Less running-and-gunning. I cold called. A gobbler would fire up, slide in, see no hens and wander off. I had a shot at one of them, hard left of me, but I wasn’t about to even think it. This was Catelyn’s hunt.

“Turkeys coming,” she suddenly said, slowly adjusting herself. To be honest, I hadn’t even seen the birds yet. Hens veered in. Two strutters followed. “Take your time, and pick out the one you want,” I said.

Shotgun up, boom. Longbeard down! I sprinted out of our setup. “You did it!” I shouted, whooped and hollered, carrying the big Rio to her. “What do you think of turkey hunting now?”

“I love turkey hunting!” she replied with a blinding white smile. “This is one of the best things I’ve ever done in my life.” She dubbed her bird Roscoe the Rio. 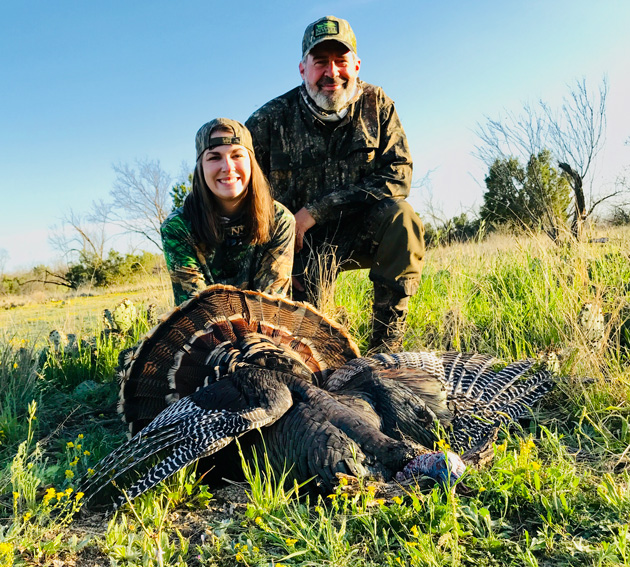 Crouching over her first turkey, admiring the gobblers many colors in the sweet light of late afternoon, Catelyn said, unprompted, “I feel like I was a different person three days ago.”

I’m sure. Because she’s a turkey hunter now.