The project includes commercial timber harvest, removal of biomass, prescribed fire and mechanical mastication, which chews up forest fuel that can increase fire intensity. The bill for the project is more than $1 million. 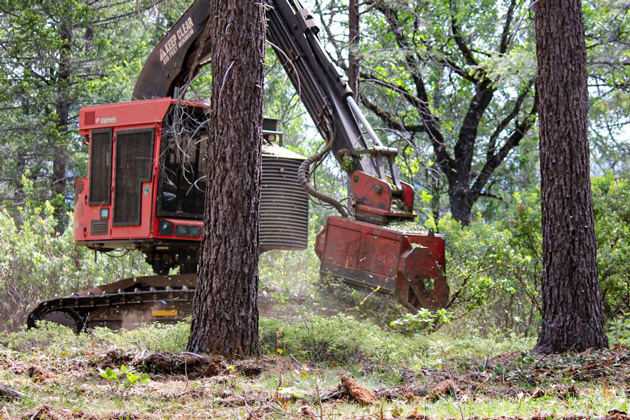 “By removing small diameter trees and older age-class shrub and brush species, the project sets back succession within the forest and allows herbaceous plants to provide new growth,” said Kevin Vella, NWTF district biologist for California. “In turn, this disturbance stimulates the growth of more nutritional forage for wildlife species that rely heavily upon this food source, such as deer, quail and, of course, the wild turkey.”

By removing ladder fuels (vegetation that allows fire to climb from the forest floor into the tree canopy), the forest is becoming more resilient to wildfire. El Dorado County has recently witnessed the devastation of fire suppression; in 2014, the wildfire known as the King Fire scorched over 97,000 acres in the county, burning nearly 50,000 acres in one day alone. 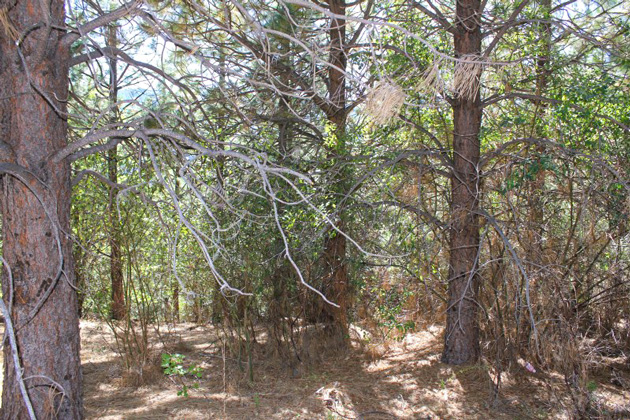 “We’ve suppressed every natural fire in our forests for over 100 years,” Vella said. “Due to this phenomenon, the smaller trees and brush that were normally burned off every five to 15 years in naturally-occurring, low-intensity wildfires throughout the Sierra Nevada have continued to build up.  Due to that buildup, the trees have completely shaded out the forest floor and discontinued the growth of grasses, flowering plants, shrubs and many other vital foraging elements for wildlife species. This also creates a ripe environment for high-intensity, stand-replacing, catastrophic wildfire, as we saw with the King Fire in 2014.

Thinning the forests throughout the Sierra Nevada has not only opened the canopy and stimulated growth of new plants, which are essential wildlife habitat, but has also made the forest less susceptible to high-intensity wildfire through active forest management.