The speed at which a bulky wild turkey can take to the air and disappear into a forest canopy is impressive.

Turkeys most often run when retreating but are quite adept at flying, as this one demonstrated.

Five turkeys had been caught by a rocket net set in Nacogdoches County, Texas, a few minutes earlier. 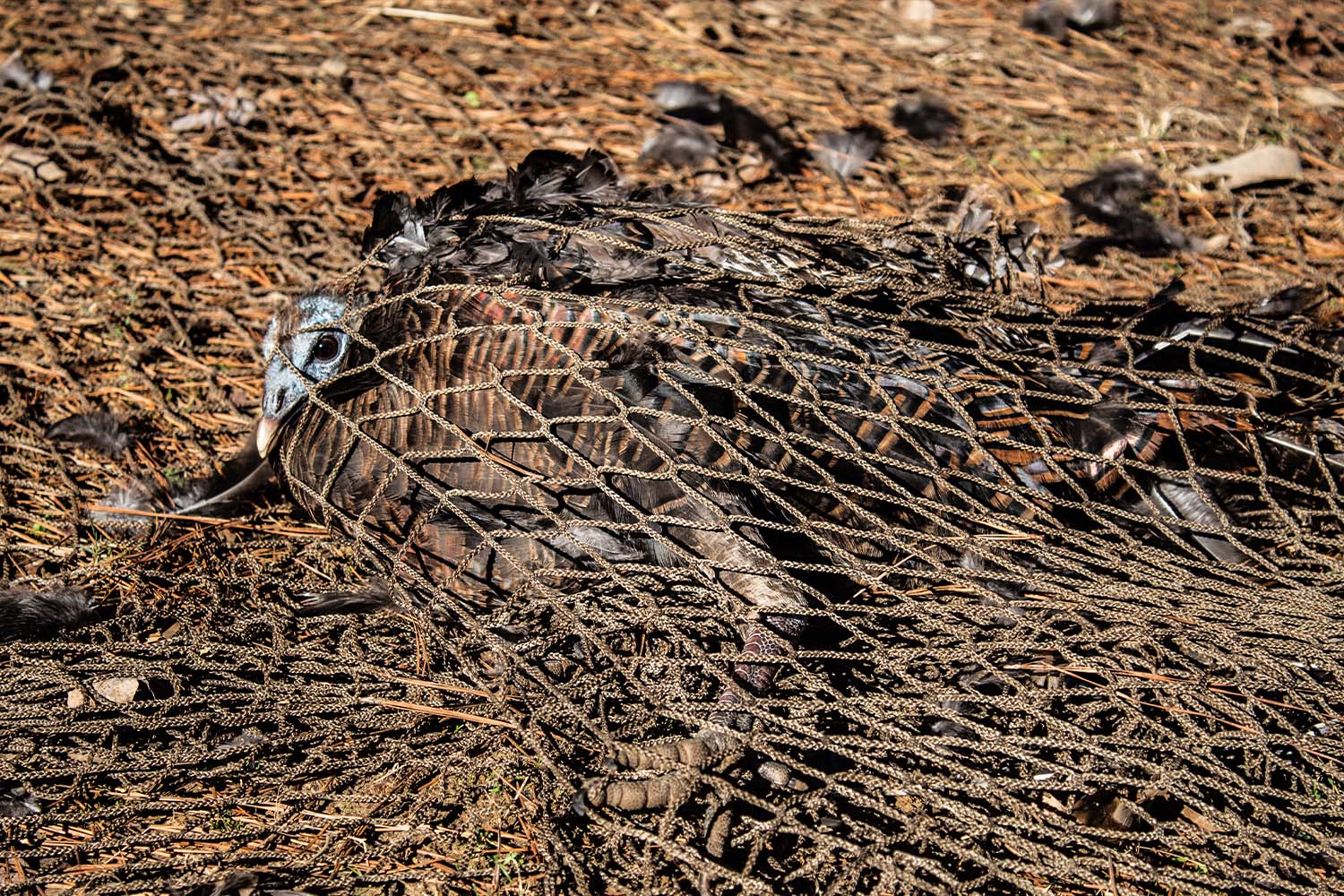 The two institutions are partnering to better understand Eastern turkeys in the state’s Pineywoods region.

LSU graduate student Chad Argabright examined the birds and then fit them with a GPS tracking collar before releasing them.

The gobbler described above did an excellent job putting serious distance between itself and its captors.

“It probably feels like it had a pretty bad morning but will be alright and will now be giving us lots of information.” 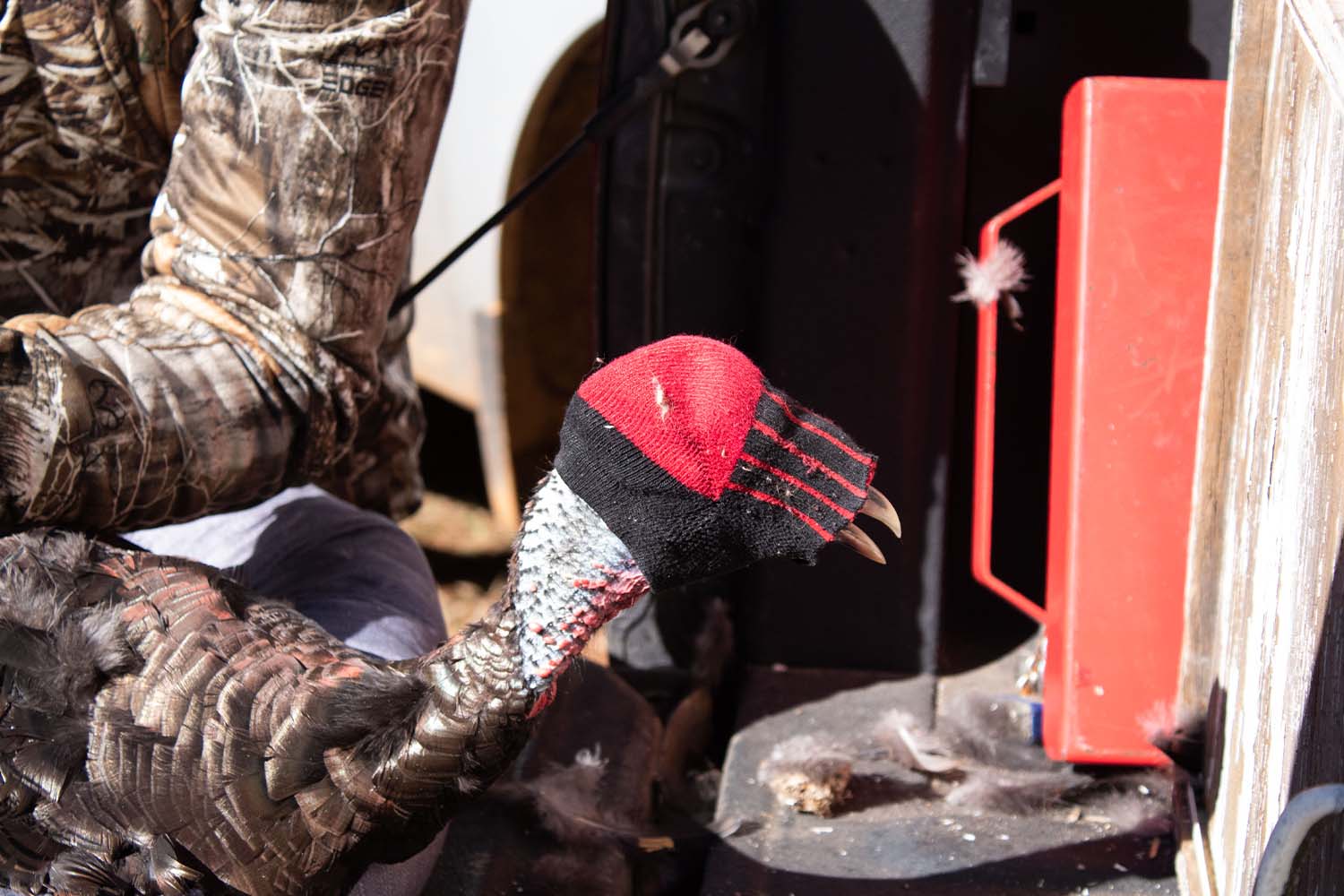 TPWD Turkey Program Director Jason Hardin said through this study the agency wants to learn why populations of native turkeys persist in certain areas of East Texas compared to others.

“These birds appear to thrive as an isolated population despite the fact the habitat may not be what we consider quality turkey habitat,” Hardin said.

Dr. Bret Collier is overseeing the project for LSU and said if research conducted in Louisiana is any indication, tremendous gains in knowledge should come from this East Texas project.

“This technology is allowing us to learn a lot about Eastern turkeys, particularly hens. If we capture adult males with females, we also tag them to evaluate how they move relative to the females during the breeding season and how that changes when hunting occurs,” he said.

The GPS units, which fit between the bird’s shoulders, take one location every hour from 0500 to 2000 each day and one location at midnight (for the roosting site) for a total of 17 data points daily. 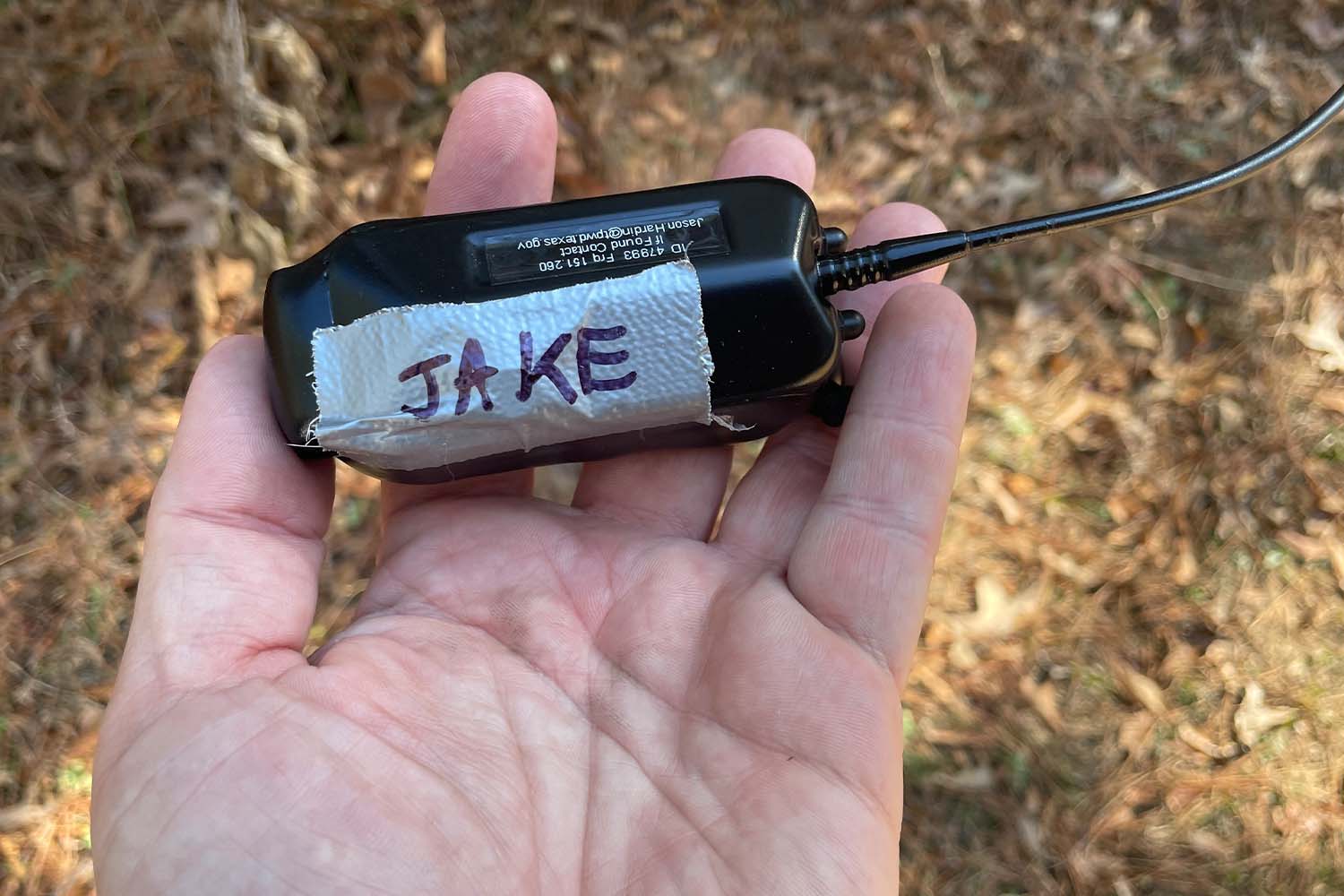 The units are invaluable in allowing researchers to narrow down nesting areas and feeding zones for the poults.

“The info we get is not just a general area, but we can nail down the spots where the hens are taking poults to feed down to like a 30 square foot zone,” Collier said.

Collier said it is counterproductive to the study when asked if nesting area data is used to set cameras for observation.

“We will not put cameras on nests. It disturbs the birds and increases nest abandonment and failure.”

TPWD is actively engaged in their Eastern turkey restoration project, and a few days after the Nacogdoches County capture, they brought in 27 birds from Maine.

Before they were released into Angelina County, Chad Argabright fitted the adult hens with GPS units to get better insight into the habits of the released birds.

“We hope the knowledge gained from this research can inform modifications to how we evaluate potential future release sites. We constantly try to update our evaluation process as we gain new knowledge,” said Jason Hardin.

In addition to this study, Hardin said cooperation with private landowners is critical for turkey monitoring since Texas is 97 percent privately owned.

“We will depend largely on our private landowners and hunters in East Texas to keep us informed on turkey observations, and that is an important means of tracking those populations. In addition, hunters in open counties making sure they are following mandatory reporting rules is also an important part of the equation.”

As you read this article, GPS units are collecting data on numerous turkeys in the wilds of East Texas.

The birds are out there trying to survive in a region that has seen great challenges and triumphs for their kind over the decades.

Perhaps this research will solve the mystery of native birds surviving under less-than-ideal conditions.

Then that information can help TPWD, land managers and turkey hunters better understand these complex birds and take steps to see them eventually fill areas devoid of turkeys for decades.