On Jan. 18, USDA Secretary Tom Vilsack announced its Wildfire Crisis Strategy, a 10-year plan to minimize the growing threat of catastrophic wildfires across the country, especially in the West where the brunt of the crisis is felt.

The announcement was made after another year of unprecedented catastrophic wildfires wreaking devastation to homes, livelihoods, communities, infrastructure, water supply chains, wildlife and the overall ability for Americans to get outdoors and enjoy their public lands.

The strategic plan was crafted by an interdisciplinary USDA Forest Service team and outlines the implementation strategy, priorities and timelines for accomplishing the critical work. 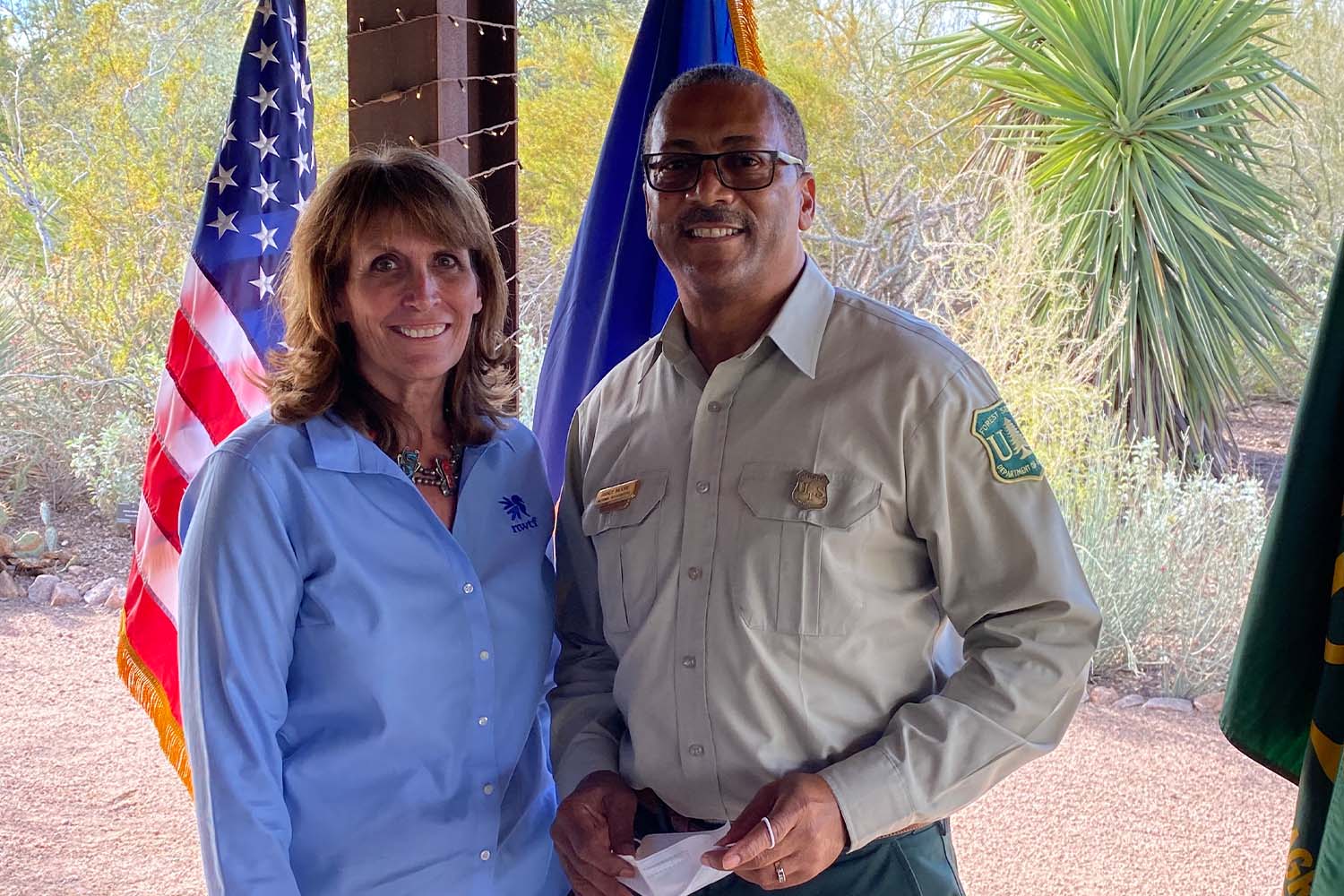 Funds from the new bipartisan infrastructure law will allow the Forest Service to amplify its efforts with other land-owning federal agencies, conservation partners — like the NWTF — tribes, states and local communities to work across boundaries and make a landscape-level impact to combat America’s wildfire crisis over the next decade.

The NWTF has been a leader among conservation organizations on Capitol Hill in the early drafting phase of this once-in-a-lifetime legislation. Since passage of the bipartisan infrastructure bill, the NWTF has been side-by-side with the Forest Service and directly involved with the Wildfire Risk Reduction Implementation Strategy Team at the national level, aiding in the development of the recently announced strategy.

Just days prior to the USDA announcement of the new strategy, the NWTF, again, committed to assisting the Forest Service with public and congressional information and engagement of the plan as it moves forward. A 40-year partner of the Forest Service, the NWTF continues its dedication, giving its full support of the federal agency’s decade-long strategy.

For outsiders looking in, or for others unaware about the close relationship the NWTF has with the Forest Service, they may wonder, “What do conserving wild turkeys and minimizing catastrophic wildfires have in common?” The short answer: A lot. 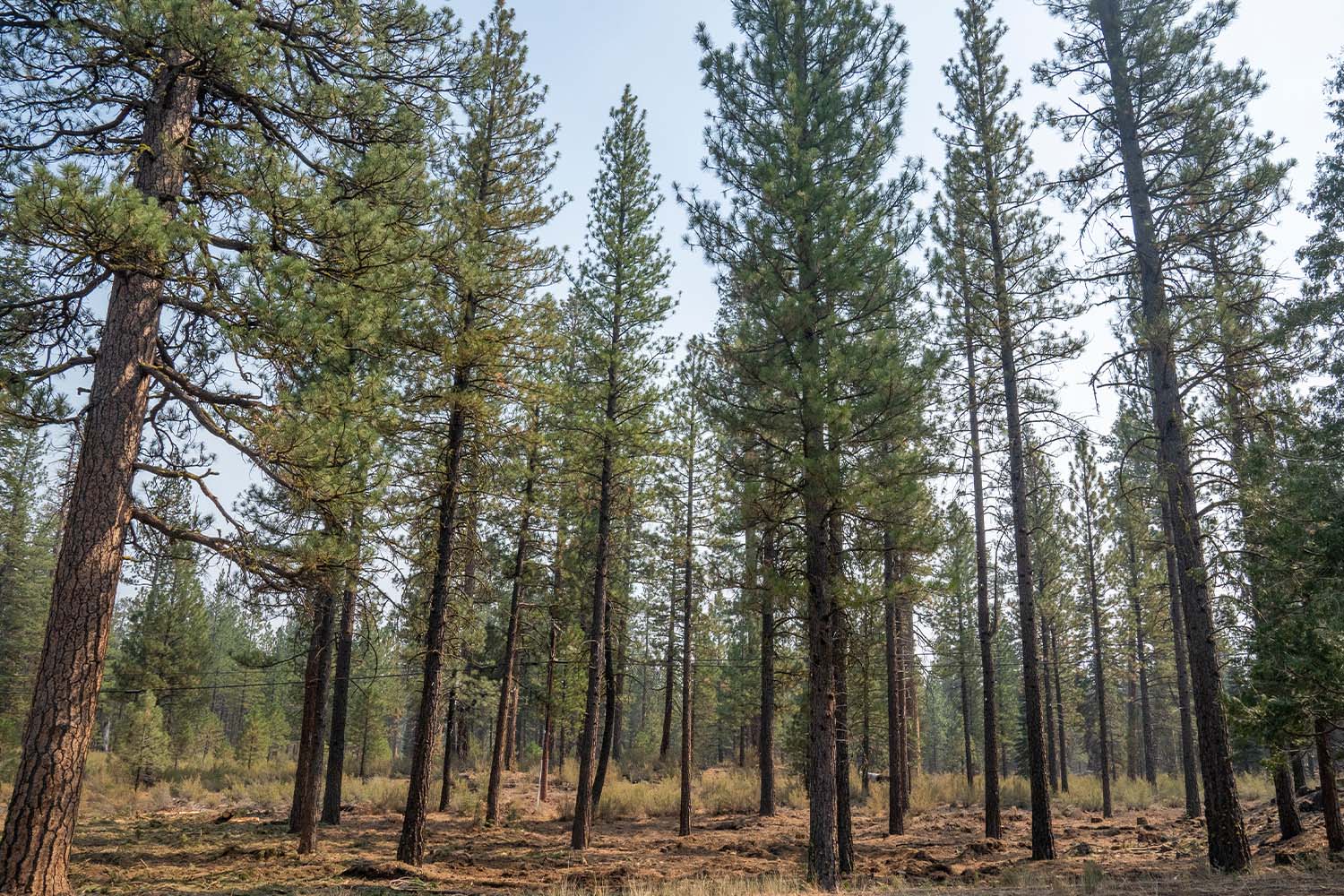 “It’s important to first point out that this is not just a Forest Service or government problem,” said Tom Spezze, NWTF national director of field conservation and state policy. “This crisis is our collective problem as Americans; whether you’re concerned about wildlife habitat, hunting or fishing on public land, clean water or local economies — if it hasn’t already, this crisis will impact you in some way if we do not work to vastly reduce hazardous fuels in our forests.”

Hazardous fuels, or wildland fuels, is the technical way of referring to the overly dense vegetation in a forest. There are numerous reasons America’s forests have become concentrated with hazardous fuels. One of the most notable culprits is that, throughout the early 1900s, it was the paradigm to put out every forest fire, regardless of severity or whether it was naturally occurring or manmade. It wasn’t until the second half of the 20th century that forest managers and policy makers realized that naturally occurring wildfires are an essential ecological process. This lapse in recognition would not come without consequences, however. 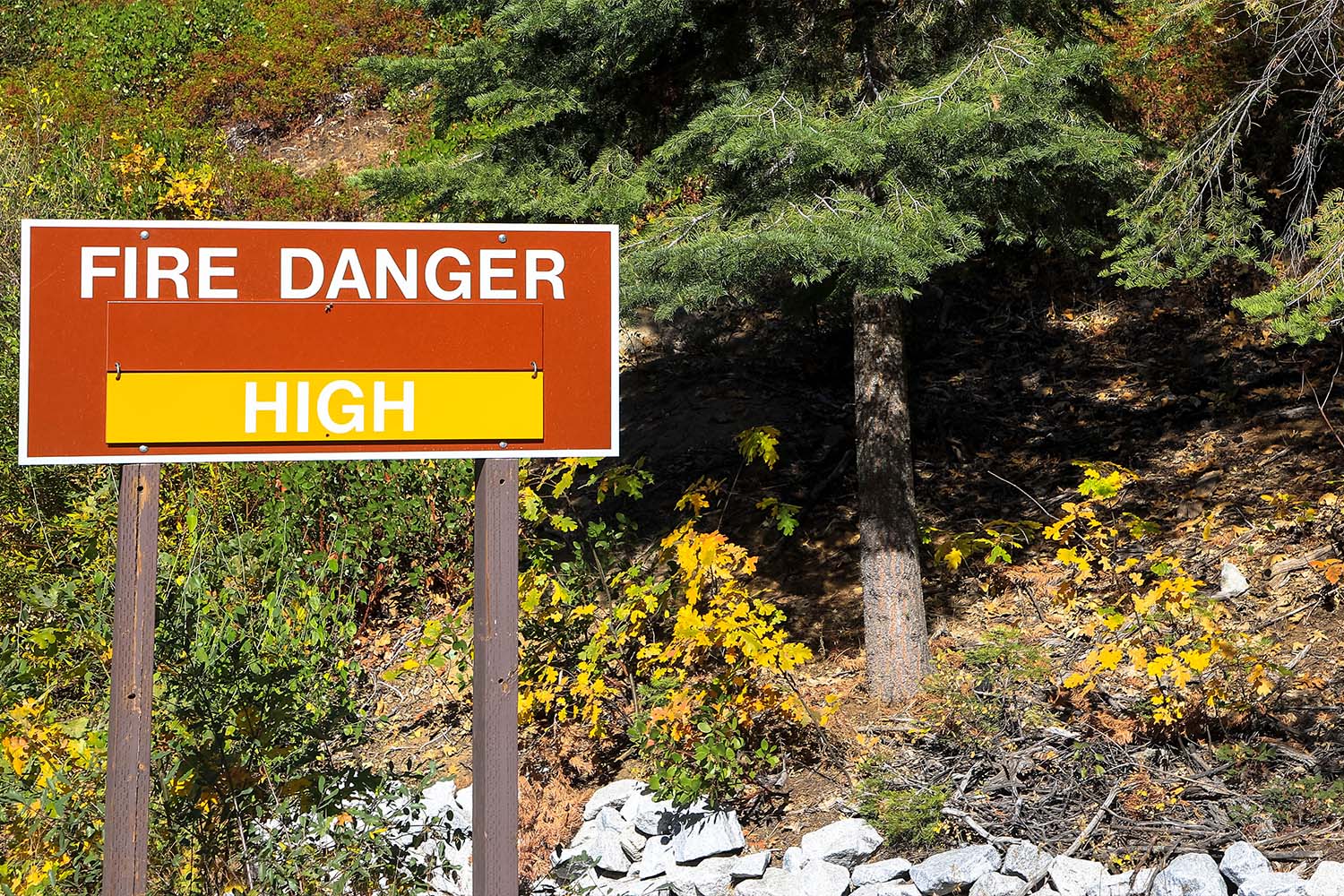 Naturally occurring wildfires, for instance, would burn the dense underbrush, opening up the forest floor to more sunlight, stimulating the growth of native grasses and enriching the soil with nutrients, all while making the forest stronger the next time a natural disturbance happened. Fire sets the trees in the forest back in its life stage and creates young forest/early-successional habitat.

However, if a forest missed a handful of these naturally occurring, “good” fires throughout the front-end of the 20th century, the brush, that otherwise would have burned at a low intensity, has now grown dramatically, so when a fire does occur, it roars into the tree canopy, allowing it to spread faster and burn hotter. This is what makes these fires in the West especially catastrophic.

In addition to being incendiary grounds for catastrophic wildfires, accumulation of fuels exacerbates damage from flooding and erosion. Couple all this with unprecedented drought, wind and climate events, and we arrive at the current predicament America’s forests are facing.

This is where wild turkeys come in. 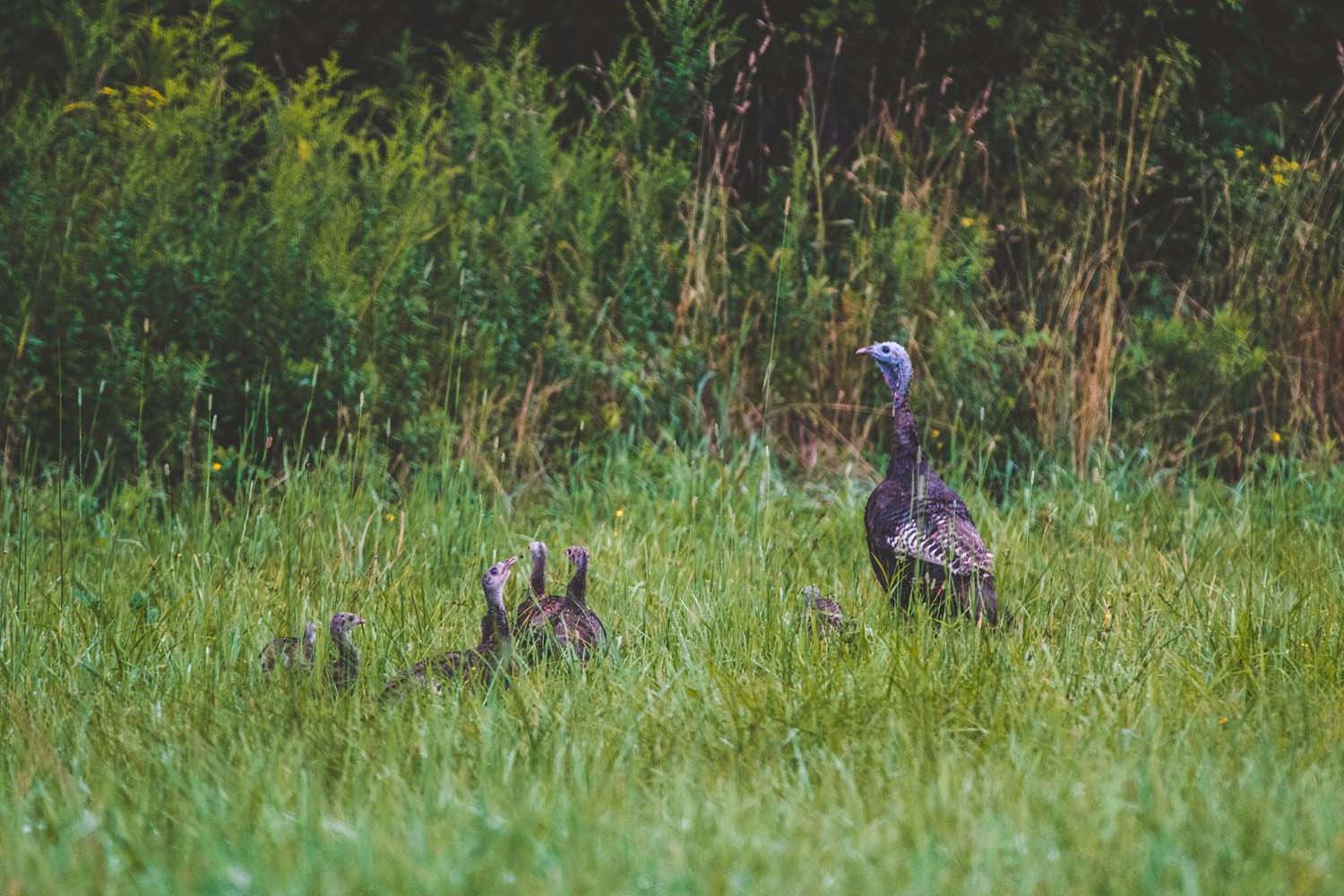 When part of Mother Nature’s natural ebb and flow, natural disturbances are exceptional for overall forest health and wildlife, and this is why the NWTF works at a landscape-scale across the U.S. on lands of all ownerships (Forest Service, U.S. Fish and Wildlife Service, Bureau of Land Management, state-owned, private, etc.) to re-create these disturbances through forest management, which mimics a “good” natural disturbance.

Forest management comes in a variety of practices and techniques and is carried out depending on  what a particular forest, grassland or habitat needs. In the case of dense western forests, one of the most effective management practices is forest thinning. 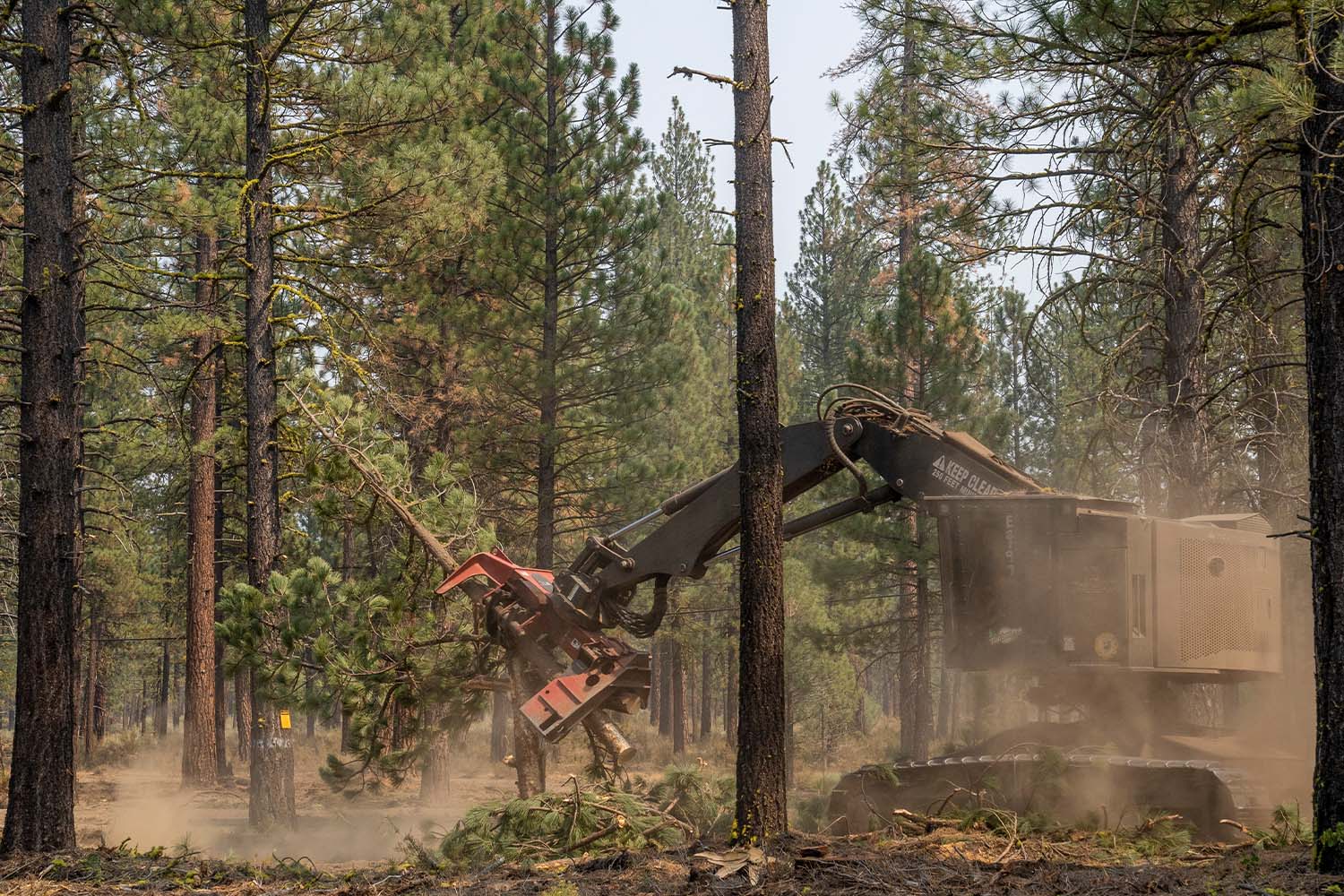 “Forest thinning is not cheap, nor is it an overnight process,” Spezze said. “However, when we collaborate with multiple partners and leverage funds and expertise, the difference we make in forest health, resilience, habitat and safety for nearby communities is exceptional.”

While there are many other forest management practices that benefit wildlife — such as invasive species removal, prescribed fire, erosion control and tree plantings, to name a few — the bulk of what the NWTF will be assisting the Forest Service with, through the Wildfire Crisis Strategy, will be forest thinning projects. Through the newly announced strategy, nearly 30 million acres of land will have hazardous fuels removed through forest thinning practices.

With over 50 active forest stewardship agreements in every Forest Service region in the country, the NWTF is proud to work with the Forest Service enhancing habitat and making America’s forests healthier and safer, and to accelerate the pace and scope of this all-encompassing work.

“Our work benefits more than just turkeys and turkey hunters,” Spezze said. “That’s what makes the wild turkey so great. Our conservation work impacts our critically important Four Shared Values. These values impact everyone’s quality of life. Every American that drinks water, recreates outdoors, enjoys seeing wildlife in a healthy forest or hopes for a safe community to live in. We look forward to continued partnership with the Forest Service and making these values increasingly evident for all Americans. The Forest Service’s Wildfire Crisis Strategy will accelerate this great work to necessary and unprecedented levels”

The relationship between wild turkeys and catastrophic wildfire prevention is clear. Wild turkeys are an icon of American conservation. Not only have they been brought back from near extinction to flourishing populations across the country, but the work the NWTF and its partners deliver for this beloved bird goes far beyond just wild turkeys. The work that benefits this iconic bird benefits America.