Use trail cameras to take a turkey census

Hunters always want to know how many turkeys they have on their land. Not many years ago, it was next to impossible to get any kind of accurate count. Today, though, with advances in digital cameras and landowners having access to technology similar to that used by wildlife researchers, a better turkey census may be possible.

NWTF is a partner with the University of Maine’s Department of Wildlife, Fisheries and Conservation Biology in an effort to use radio telemetry to investigate turkey movements and survival. Trail cameras are also being used to pattern the birds, hoping to maximize trapping success.

It is an imperfect effort, according to wildlife researcher Matthew Gonnerman and student advisor Eric Blomberg, who noted, “It’s nearly impossible to get a complete count of all birds on a piece of property.” 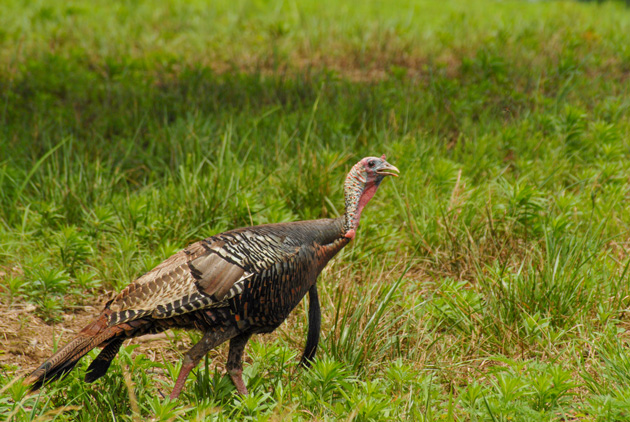 Landowners can benefit by taking a scientific approach to conducting a turkey census. “Most importantly, state your objectives,” Gonnerman said. These can include things such as assessing gobbler numbers prior to the season or getting a fix on the number of birds using foodplots. Or, maybe you want to find out the number of hens with poults.

Turkeys can cover a wide territory. That is one of the problems in consistently getting birds, especially gobblers, on camera. A gobbler’s large home range can cover thousands of acres making precise counts difficult. Actual acreages in a gobbler’s home range also differs among states. Habitat quality and seasonal changes also influence matters.

Hens with broods can cover 200 to 250 acres, dependent on habitat quality. As broods become older, their home range continually expands throughout the summer, potentially reaching 600 to 1,000 acres.

Effective camera surveys start with choosing a site birds regularly use. Foodplots or openings work well, but if you do not have openings, set cameras along wide trails, especially those with legumes and other herbaceous cover young poults desire.

The number of camera points is optional. One camera per 50 acres may suffice on small farms, while larger tracts of land could use one camera point per 100 acres. There are no set rules.

For comparisons over time, choose a specified time period and set cameras in the same location each year. For brood surveys, July through August provide best results.

Bait helps. It is also illegal in many states. This is another reason why counting hens with broods may be your best choice.

The NWTF Technical Committee has developed a brood survey form. As these surveys become standardized across many states, landowners will be able to submit data into statewide surveys and compare individual results with other locations in their region.

PROPER SET UP IS KEY

Proper set up can increase success with your time-based surveys. Adjust cameras to photograph young poults while making sure the direction of the lens won’t catch the sun’s glare. Make a few test runs. Most cameras are triggered when an animal walks by, but you can also use time-lapse systems that allow cameras to go off at selected times and intervals.

As you begin collecting photos, classify birds according to age and sex using physical characteristics, such as plumage, beard and spur length, and body size. At summer’s end, tally up the totals to compare with next year. 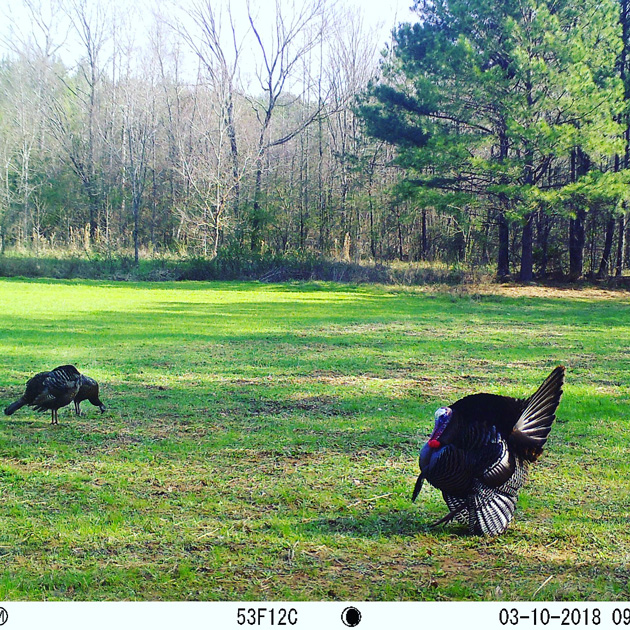 Weather affects turkey activity. Making notes about the weather conditions can help with insights into changes in activity patterns.