Jones told his story of being an EOD tech in Afghanistan and the wounds he received while doing that job. On Aug. 6, 2010, Jones’ life would be forever changed when he stepped on an IED, loosing booth his legs.

As he told of his journey, he also talked about a busy season of conventions, sport shows and speaking engagements and his daily struggles being a double amputee. 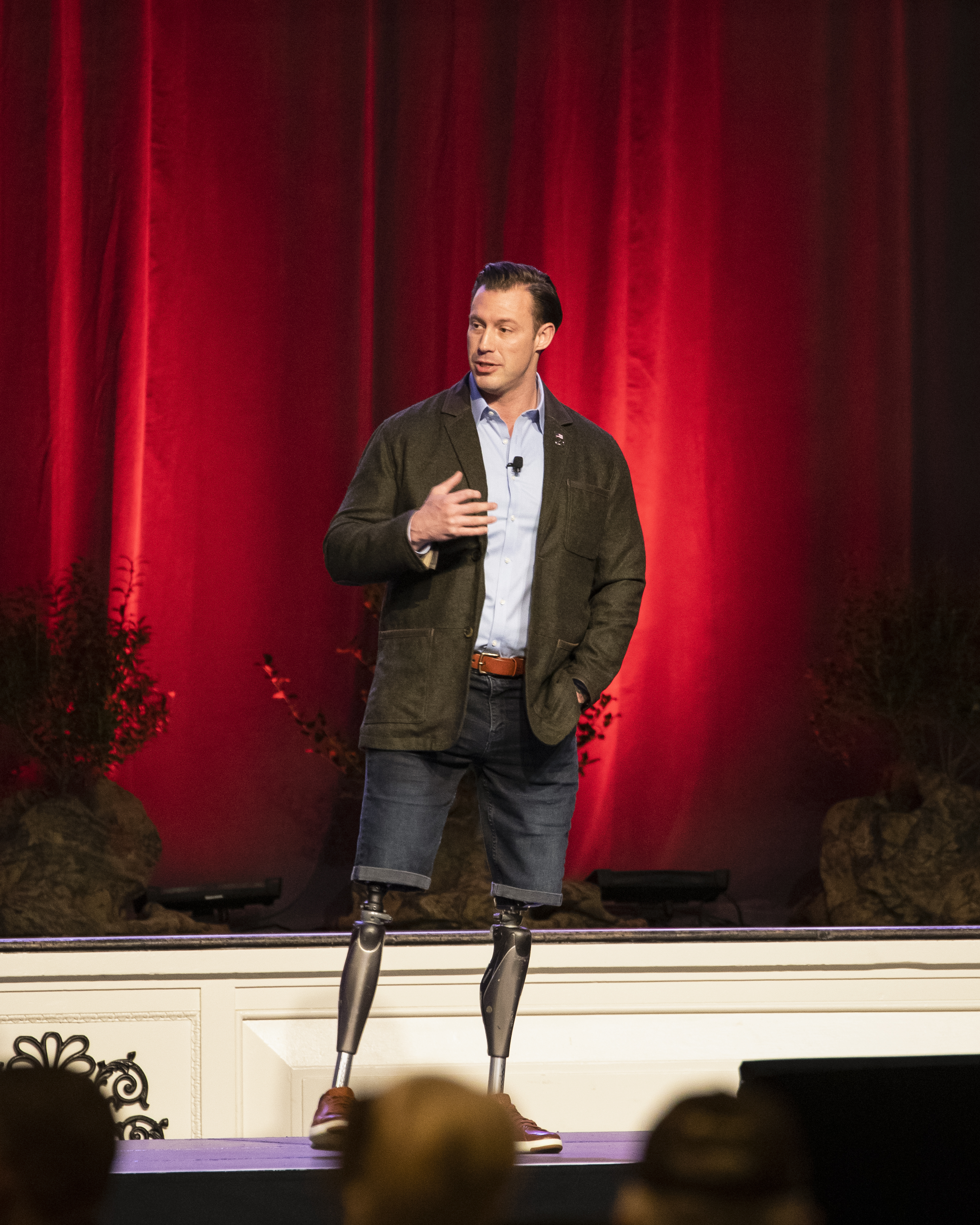 “Tragedy and hardship and struggle are in the lives of each and every one,” Jones said. “Life isn’t easy. But one thing doesn’t define you, so don’t let that same thing stop you from doing what you love.”

Jones is certainly an example of that advice. Since his military retirement, he has not only done the things he did before, but has checked off plenty of new boxes as well.

He’s hoping to check off the wild turkey box this spring in the woods of north Georgia.

Jones told the crowd about the first nurse he remembered seeing after his surgery in Germany. He said while he was asking about his friend who was with him at the time of the explosion, she told him, ‘You will walk again.’

He said although she didn’t answer his question about his friend, she somehow knew he would need that piece of information in the coming months as he recovery began.

“You all have that same superpower. You can tell someone what they need to hear,” Jones said. “Life is tough but it is beautiful.”

“This is the greatest nation on Earth,” Jones said as applause spread loud across the room. “It is inherent in us that when we see someone fall, we pick them back up.”

His final piece of advice for the veterans in attendance, “Offer before you ask and give before you take,” Jones said of a lesson his dad taught him.