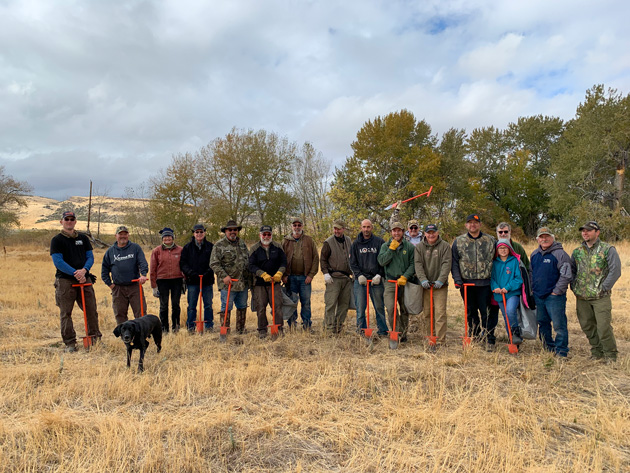 “Public Land Tees has turkey themed T-shirts and sweatshirts, and $5 from every purchase of those gets earmarked for the NWTF to use for projects like these,” said Jason Tarwater, NWTF regional director.

Purchased in 1993, Big Cottonwood was a highly sought-after area by the IDFG, as the WMA not only unlocked adjacent land access, but it also provides suitable habitats for an array of game and nongame species, including introduced Rio Grande wild turkeys and one of the few remaining viable populations of native Yellowstone cutthroat trout in southern Idaho. 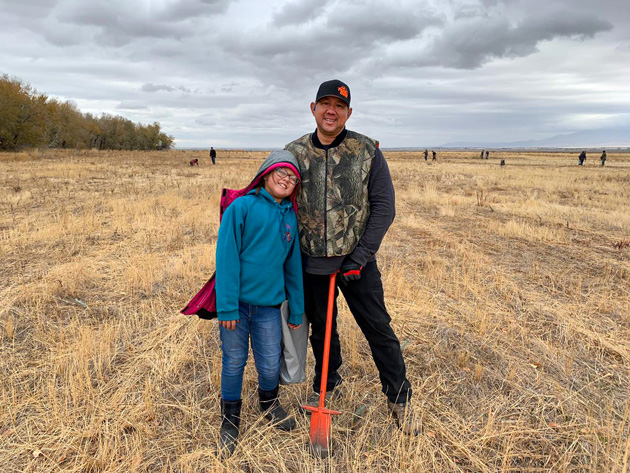 “In 2012, the Cave Canyon Fire burned many acres on the Big Cottonwood, decimating critical habitats for mule deer, wild turkeys and upland game birds,” said Collin Smith, NWTF district biologist. “Sage-steppe communities were devastated and noxious weeds invaded much of the grassland ecosystem, resulting in degraded wildlife habitat conditions. Since the fire, management emphasis on the Big Cottonwood has focused on maintaining, restoring and rehabilitating the natural habitat.”

When the chance arose to collaborate with the IDFG on rehabilitating the WMA, the local NWTF South Strutters Chapter jumped at the opportunity. 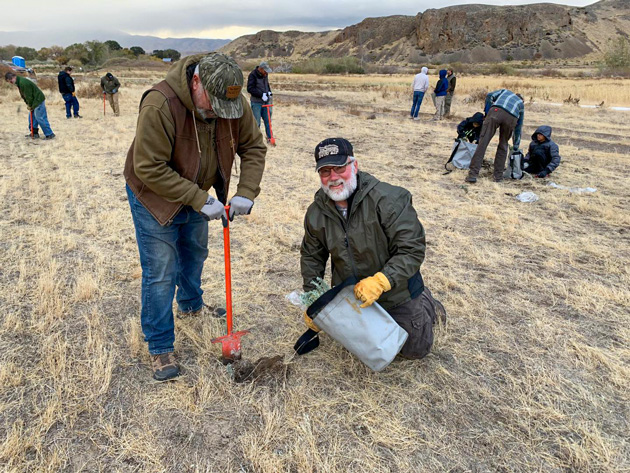 What’s more, Tarwater and the South Hill Strutters took over NWTF’s national social media platforms to highlight the collaborative efforts, volunteerism and sweat equity, while also informing NWTF’s audience about the history of the WMA and importance of habitat rehabilitation.

“This seemed like too good of an opportunity not to share,” Tarwater said. “This project really encapsulated everything the NWTF stands for: volunteerism, shared stewardship, public hunting access and how improving wild turkey habitat benefits so many other species.”

Another component of the project was for the IDFG to spray herbicide on a separate 67-acre tract of land on the WMA to eliminate noxious weeds that have since overtaken the sage-steppe ecosystems, which are characterized by miles of native sagebrush and perennial grasses relied upon by wildlife like pronghorn antelope, black-tailed jackrabbits and sage-grouse. This will control weeds in the spring of the following year, allowing for a successful subsequent fall planting of native grass and forbes.

“Improving habitat quality for a wide variety of species will result in improved conditions for hunting and other wildlife associated recreational activities for the outdoor enthusiasts nearby Cassia, Minidoka, Jerome and Twin Falls counties,” Smith said.