Local NWTF chapters in Vermont gathered this spring at two separate events to get their hands dirty and improve wildlife habitat on public lands in the Green Mountain State.

The local chapter assisted with forest stand improvement, which consists of selecting tree species that benefit wildlife and managing the areas around them. This allows desirable trees to thrive, optimizing food sources and habitat for wild turkeys and many other wildlife species. This is especially the case with mast trees, such as oak, apple, cherry, yellow birch and serviceberry.

“Much of the Longbeards [Chapter’s] activities have focused on releasing and pruning remnant apple trees found in the understory from when the area was previously a farm field, before it turned back into a forest,” said Matt DiBona, NWTF New England district biologist. “Wild turkeys are able to utilize the mast from these trees, which provides them nutrition during the fall and winter.”

Since 2018, the Lake Champlain Longbeards have worked in partnership with Vermont Forest, Parks and Recreation and the Vermont Fish and Wildlife Department to enhance and restore habitat for wildlife by improving timber stands and planting for brood habitat and pollinator species.

“This land was owned by my family for many generations, and with our chapter being located in this general area, it was a great choice for us to help improve the habitat,” said Ron Lafreniere, Champlain Longbeards Chapter president. “The members of the chapter were quick to volunteer their time to make this project happen.” 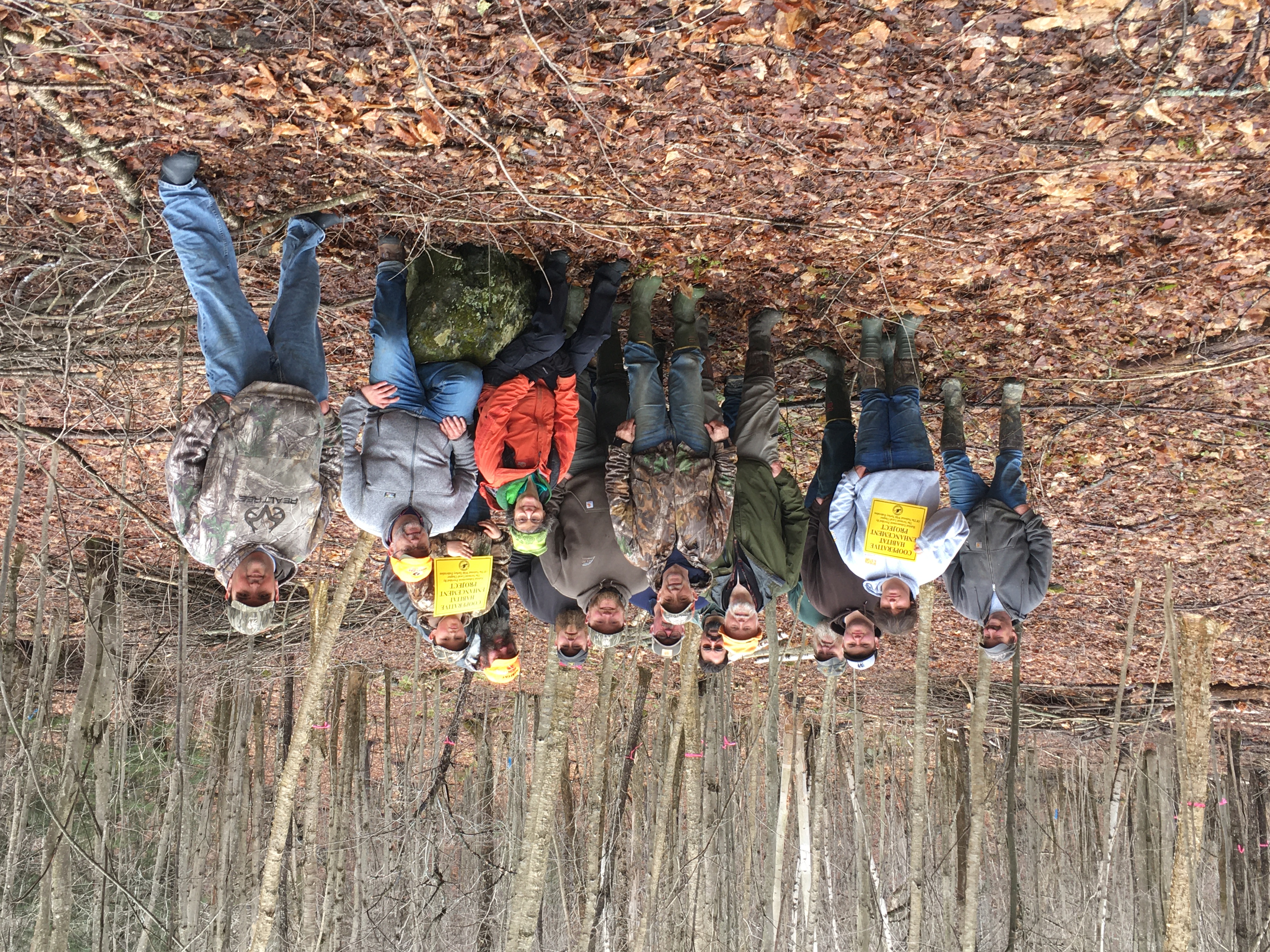 The Southern Vermont Limbhangers also got in on the fun this spring. The local chapter partnered with Vermont Fish and Wildlife and the Castleton University Chapter of Backcountry Hunters and Anglers to plant apple trees and other wildlife-friendly shrubs at the Gale Meadows Wildlife Management Area in Winhall, Vermont. 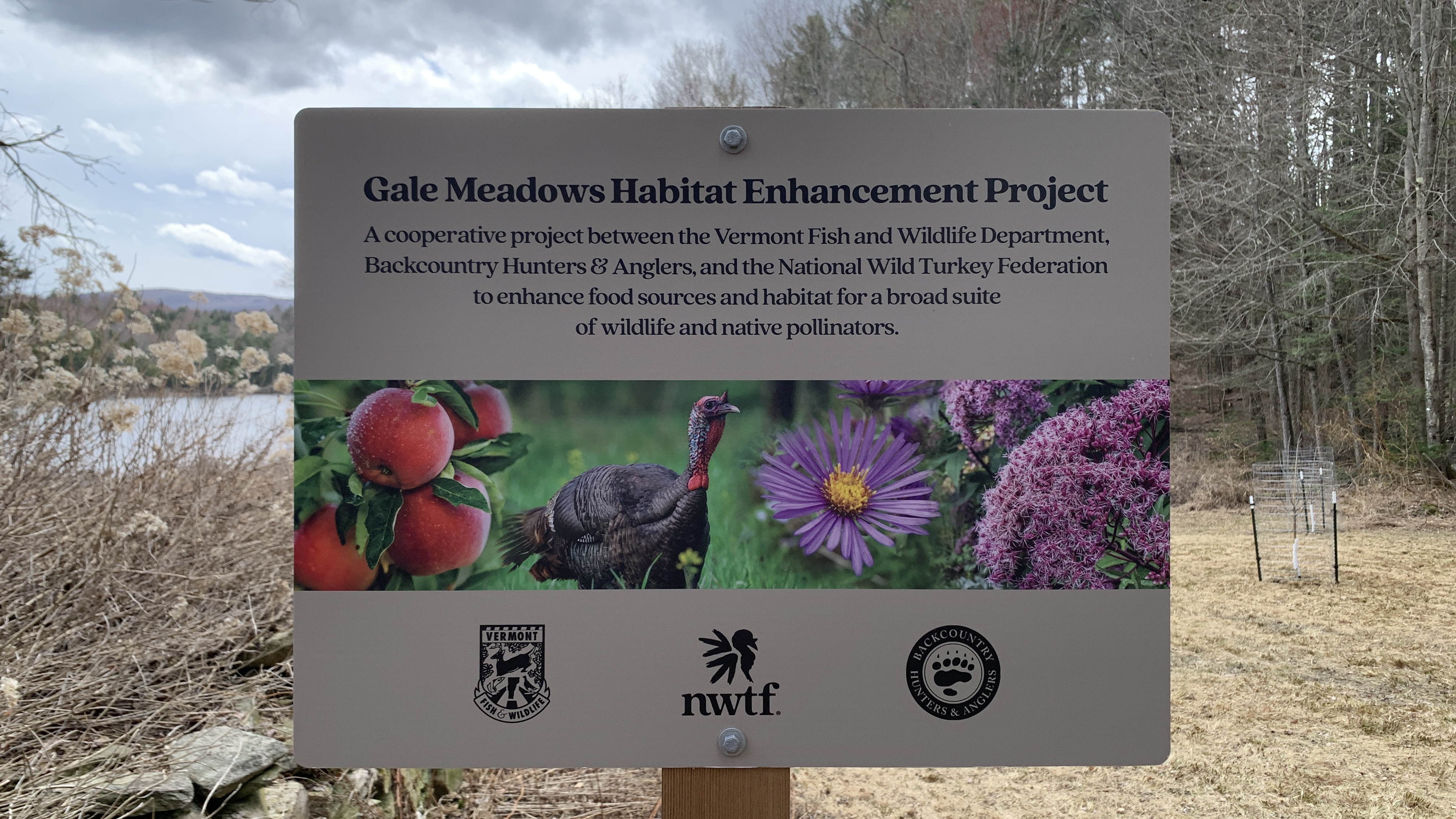 “We envision this being a long-term partnership between NWTF volunteers and VFWD to improve habitat on this WMA,” DiBona said. “Trees were purchased using Vermont Habitat Stamp funds and a small grant from BHA, so this is a great example of conservation funds being directed back onto public lands and being leveraged with volunteer time.”

Volunteers planted about 35 trees and shrubs that will benefit wild turkeys, pollinators and many other critters on the WMA. 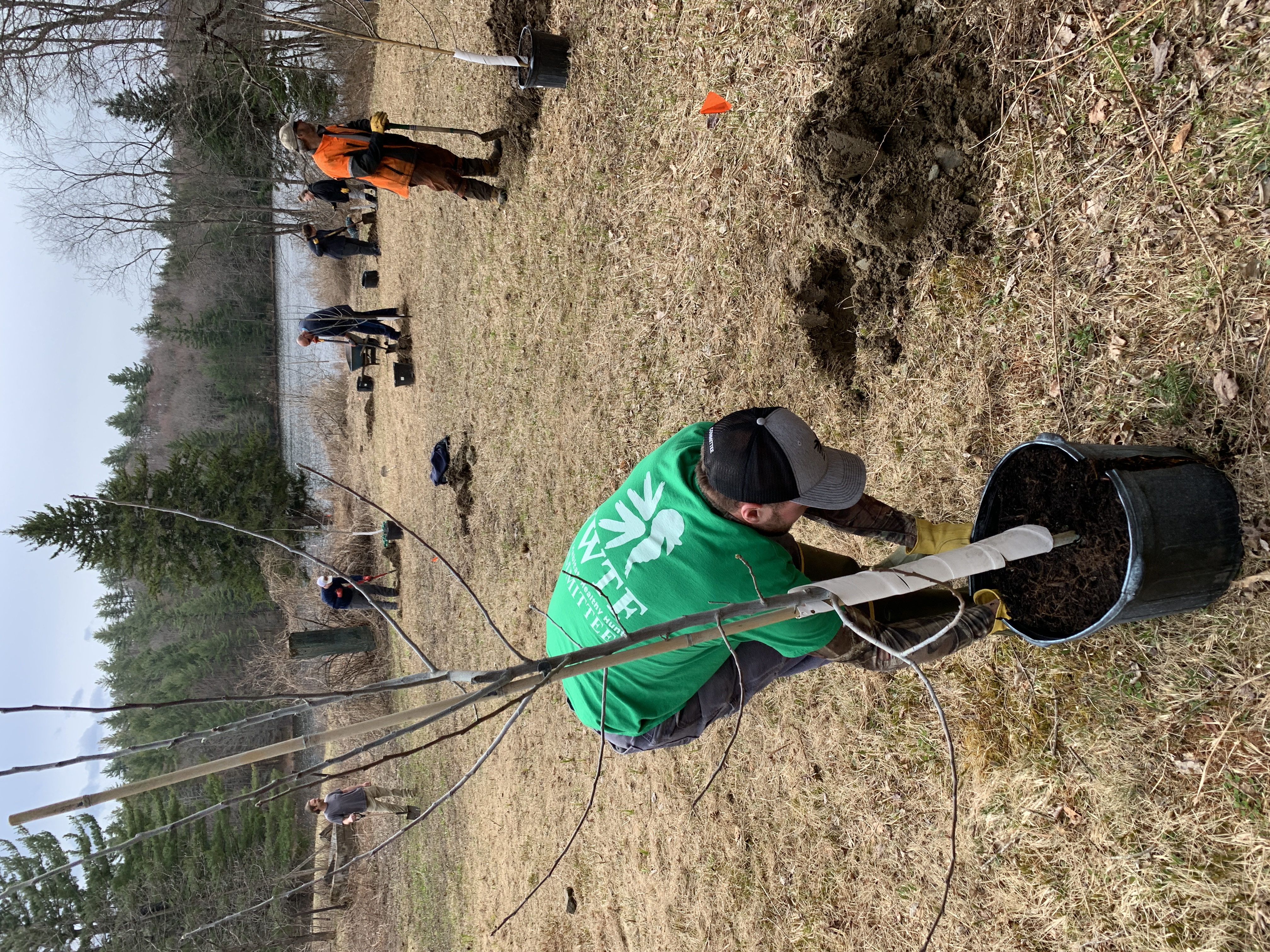 “Our chapter has done a lot of habitat work days, and all of those have affected the Rutland, Bennington and Windam regions where our Southern Vermont Limbhanger members come from,” said Morgan Gouveia, the Limbhangers Chapter president and Vermont State Chapter president. “That’s important to us because we want to show our members that their money goes back toward something important.

“It’s not just for the present time but to benefit the future. We want to make sure that people understand that we not only focus on what happens now, but what happens to the future of hunting, the future of the habitat and for the animals that we love so much. Conservation is important, and without hunters, there would be no conservation.”

DiBona also noted, “The NWTF has a great working partnership with the VFWD. This is in large part due to our volunteers’ enthusiasm, knowledge and passion across the state.”