10 Tips to Get Them Close

Guns, chokes and ammunition have evolved. We still like to see the strut up close, though. Here’s how: 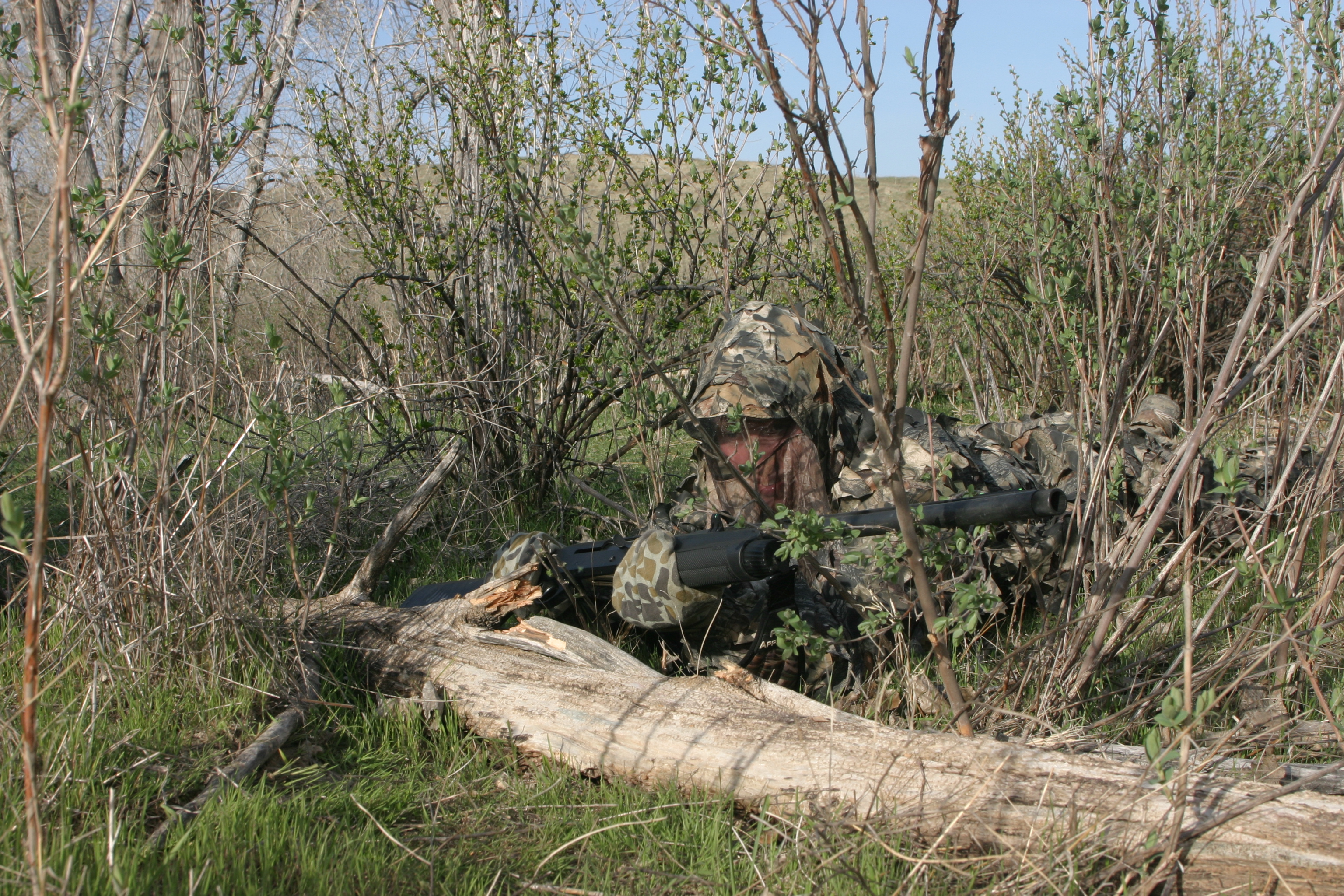 (Photo Credit: Mark Kayser) Moving closer before calling is one tactic to ensure a gobbler is in perfect range for a shot.

Today’s turkey shotguns are quickly transforming into long-range hunting instruments akin to the evolution of compound bows and inline muzzleloaders. Even with that superhero shotgun in your hand, it pays to lure a turkey into the 30- yard zone. Your confidence surges and so will your adrenaline when he mouths off a gobble in your face. Use these tactics for a beak-to-face meeting.

Know The Property
To close the distance, it pays to know the land. Even if your hunt is on land you have never set foot on before, hunting apps like HuntStand can aid you in finding funnels, woodland glades and forested roads that force a turkey to appear in the pellet zone. On property that is a short drive away, spend a few hours in the offseason hiking, marking likely setup sites and scouting access avenues that keep you out of sight.

Call Variety
We all have our favorite calls, but bring along a few extras, including assorted styles like diaphragms, box and friction calls. A turkey that has heard your diaphragm cadence on several mornings may refuse to answer, but by trying a fresh style of calls, the new sound could trigger a turkey to respond with vigor. Changing your cadence and adding in turkey flock banter like cutting, clucks, putts and purrs all could make a tom strut a few yards closer.

The Early Bird Gets The Worm
The morning fly down as turkeys leave a roost can bring a tom right into your lap, but you need to set up early to avoid detection. After locating a roosted tom the evening before, arrive a minimum of 30 minutes before shooting light; 45 minutes is even better. Stake a decoy in a landing strip and wait for the hens to start morning conversation. Mimic their talk minutes before you believe fly down is imminent and have your shotgun positioned for a shot.

Avoid Field Setup
Field setups are the crème de la crème for a classic encounter. Unfortunately, a savvy gobbler could swing wide and stay on the opposite field edge or the middle of the field just out of shooting range. It is not at all uncommon to have an educated tom gobble incessantly, begging you (the perceived hen) to visit him. As tempting as field edges are to view the show, search for smaller openings for a meet-and-greet.
Terrain and habitat can help you move closer before calling to ensure a gobbler is in range for a killing shot.

Make a Tom Look For You (Foliage, Thickness)
Avoiding field edges forces a tom into hunting you in thicker cover, thus a possible slam dunk shot in the can’t-miss zone. Even so, you need to scout for cover that offers a turkey some confidence in approaching you in a bushier setting. Predators also lurk in those settings so look for small openings,
carved trails and grassy gaps along riparian areas. Wear background-matching camouflage to disappear and use a decoy placed in a smaller clearing to boosts a tom’s assurance to take the last few steps for a ride in your truck.

Use the Terrain
Some settings may not offer acres of dense habitat, but you can still make a turkey search closer for your calls by using vision-blocking terrain. Wild turkeys, depending on subspecies and age, have a height from 2 to 3 feet. Rolling hills, swales, coulees and ditches can be just the right amount of elevation to force a tom into peeking over, or into a location for the feather finale. 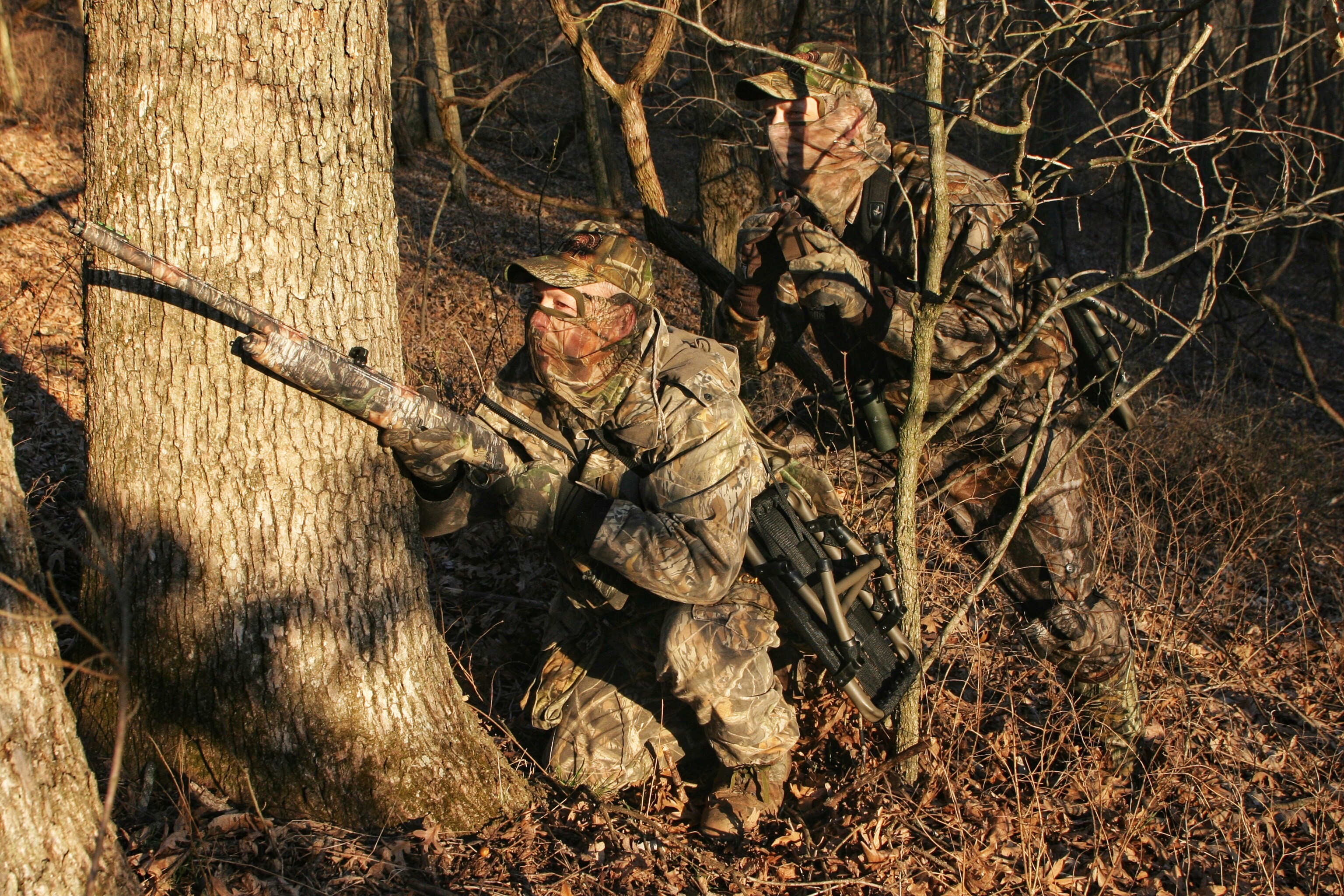 (Photo Credit: Mark Kayser) Terrain and habitat can help you move closer before calling to ensure a gobbler is in range for a killing shot.

Get Close Before Calling
This sounds simple, but before engaging a wild turkey in wordplay, cut the distance. Utilize natural cover and topography to get as close to your target bird before setting up. Of course, getting too close could alarm a turkey. Stay approximately 100 yards from the suspected turkey’s location and start with a welcoming introduction to get the conversation rolling.

Use a Decoy
This is a no brainer, but in some locales the cover may just be thick enough to skip the decoy and let the tom keep searching until it bumps into your barrel. Nevertheless, keep a decoy handy and stake it in any opening where you suspect a tom may need some extra incentive to make a mistake. Keep it close so that a tom must expose vitals while surveying the hookup.

Soft and Seductive Calls
Hunters love to fire up a gobbler, and loud yelps and cutting have a way of igniting an immediate response. Even so, after a few days into the season, toms may be schooled by hunters with too much calling enthusiasm. If turkeys seem reluctant to respond to fiery dialogue, set up in limited cover and toss out the sounds of a flock quietly conversing while feeding. A silent tom may just show up to join the coffee chat.
Even with that long-range shotgun in your hand, it pays to lure a turkey into the 30-yard zone. Your success surges and so will your adrenaline when he mouths at close range.

Start a Fight
When friendly does not cut it, start a fight. During the spring breeding frenzy, toms may run to a schoolyard brawl just like you did as a school kid. Cutting, fighting purrs and even gobbles have a crowd-drawing effect for uncomfortably close meetings. Use gobbles only in areas with limited or restricted hunting access. Although you can miss a tom as easily at 10 yards as 50, strategizing to get a shot at 30 yards or under boosts confidence. And confidence helps keep pellets on target. 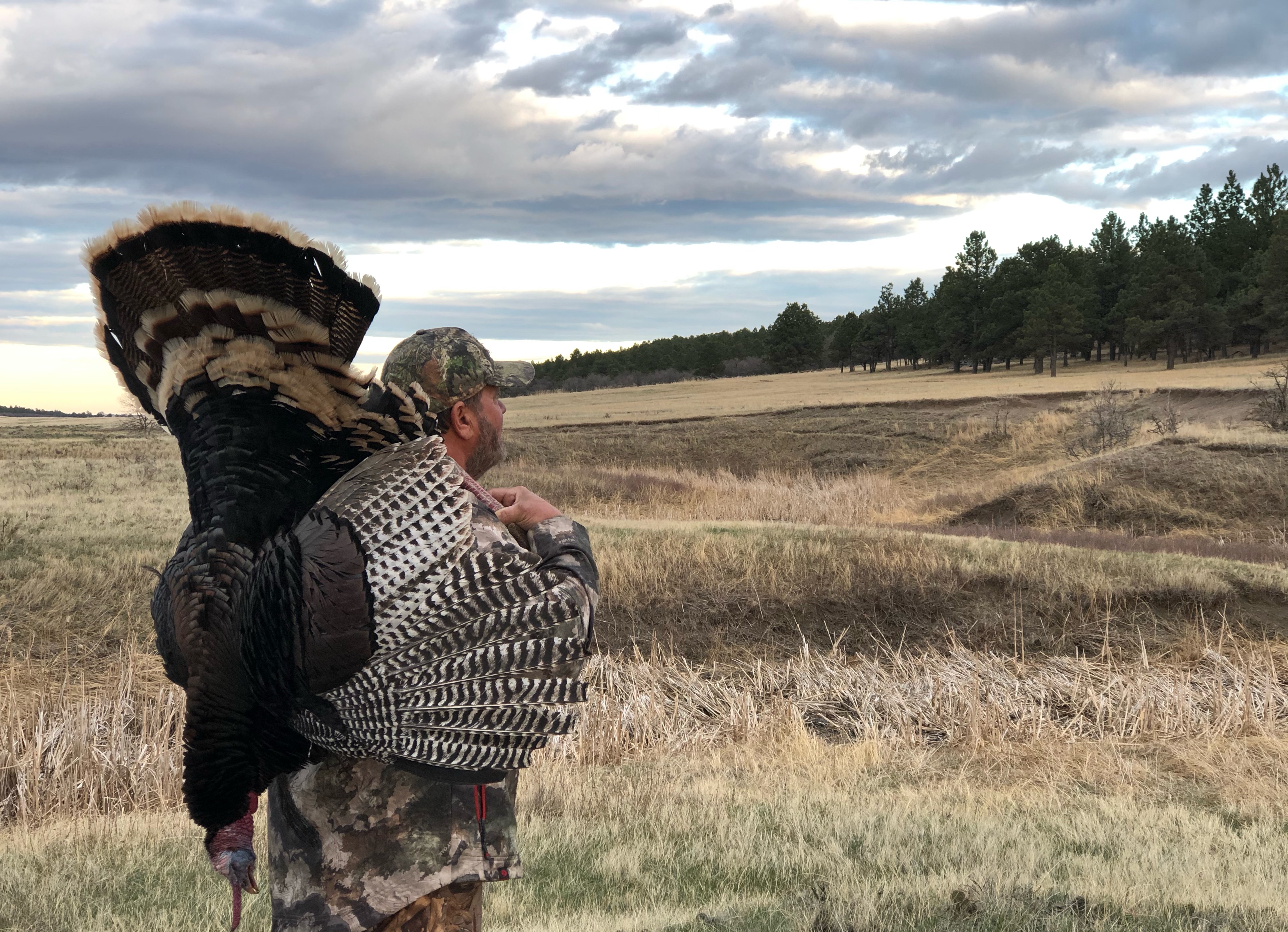 (Photo Credit: Mark Kayser) Even with that long-range shotgun in your hand, it pays to lure a turkey into the 30-yard zone. Your success surges and so will your adrenaline when he mouths at close range.