For turkey addicts, the NWTF Convention and Sport Show is a chance to check out some of the hottest new products for the upcoming spring season. So we hit the show floor seeking out one of the most used turkey hunting products: the turkey decoy. While there were several companies to launch full decoy lines, the theme for 2019 seemed be male turkey decoys. 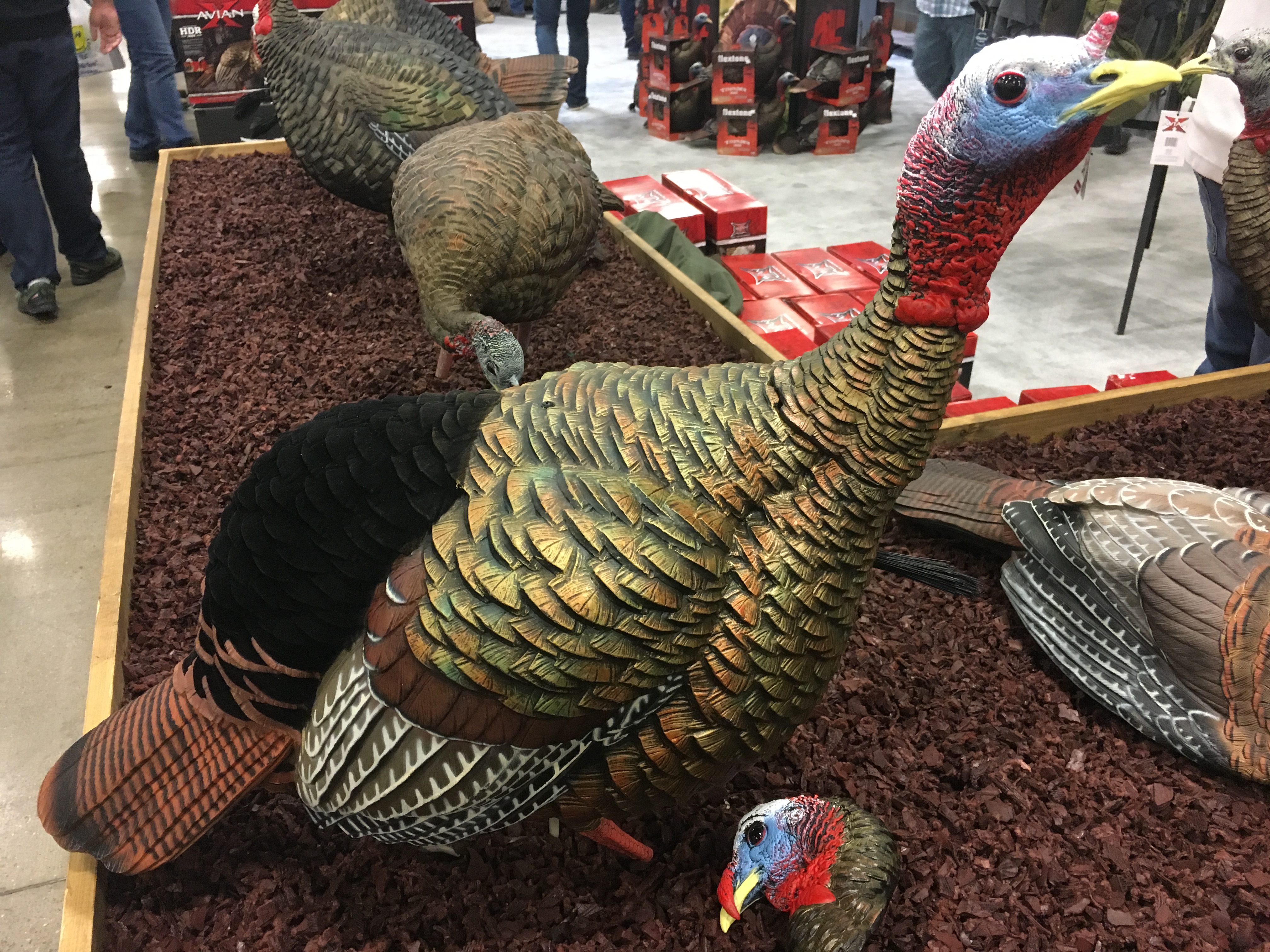 This may be my favorite new decoy of the year. Though the HDR is now a hard-body style decoy, straying from the collapsible designs of Avian’s LCD series, this jake is truly striking with its versatility and overall appearance. Choose between more aggressive or submissive poses with the simple swap of the head. MSRP $149.99
https://www.avian-x.com/shop/turkey-decoys 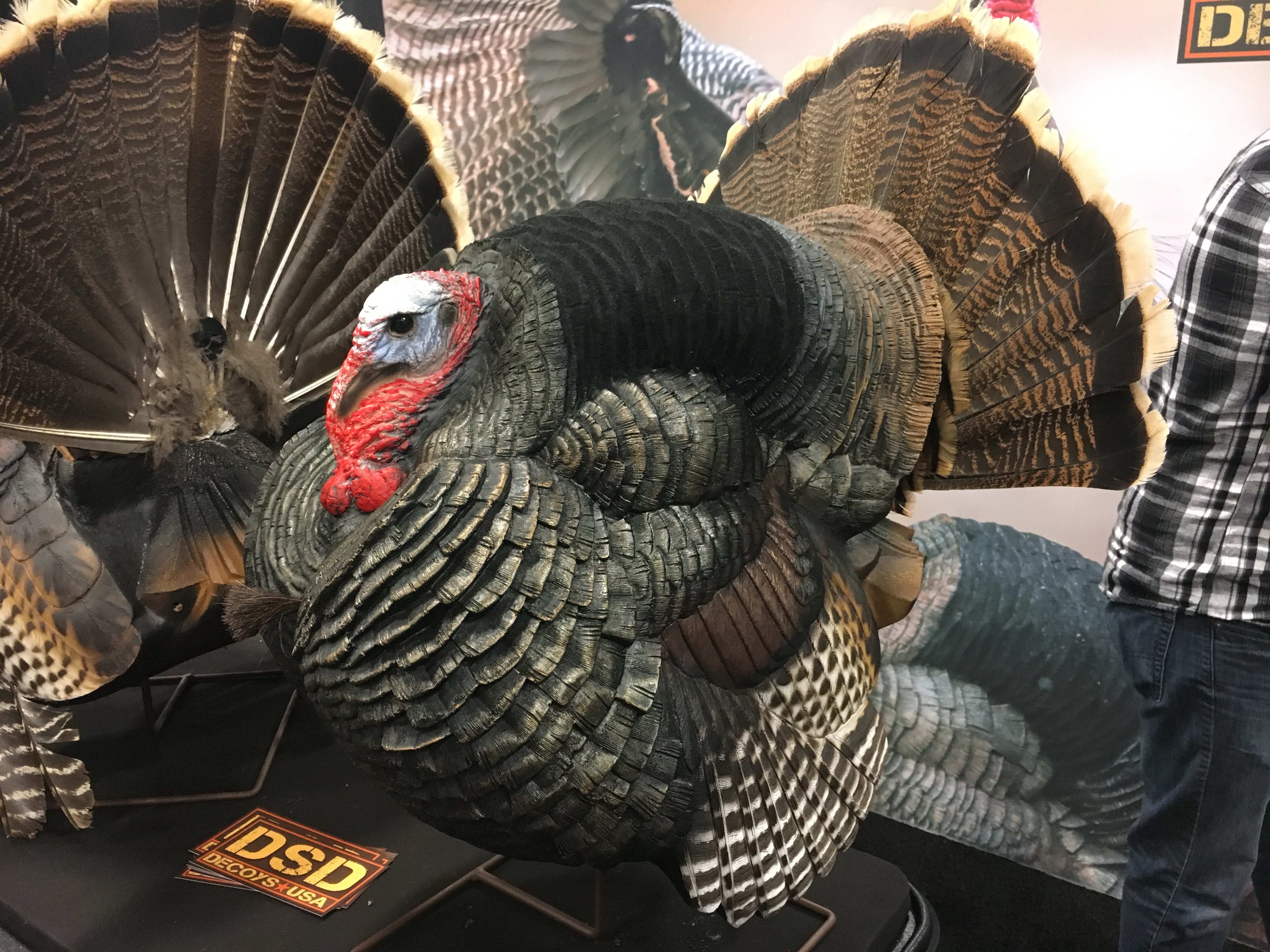 If you ever have hunted behind a DSD strutter, you know they are extremely realistic looking. In keeping with that fashion, DSD launched its new Jake Strutter. This version is more portable than the original strutter. And, unlike the larger version, the jake comes with wings and a jake beard. The only thing you will need to do is attached a tail fan. MSRP $199.95
https://www.davesmithdecoys.com/shop/decoys/turkey-decoys/ 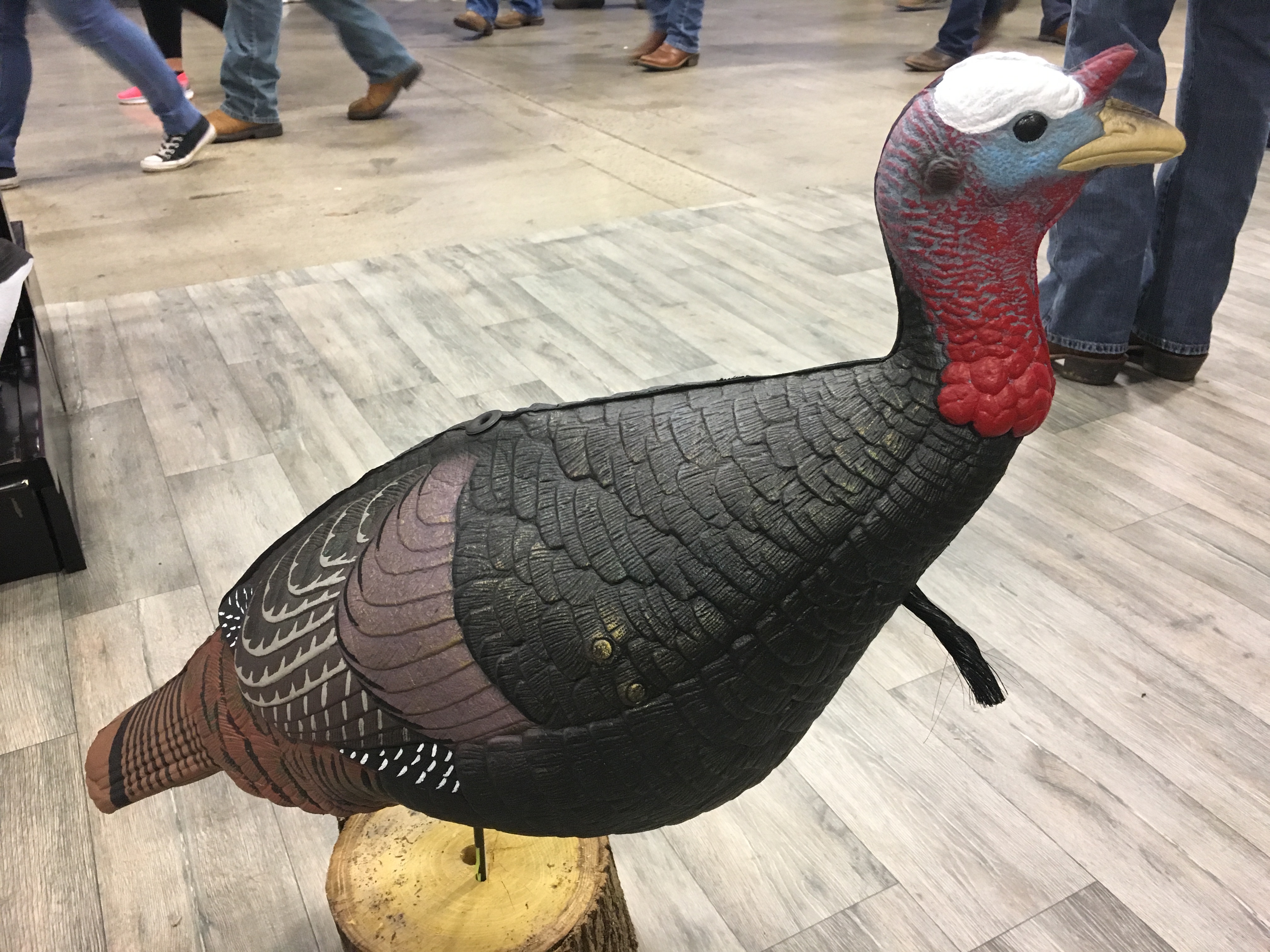 Flambeau’s foam turkey decoys were the first set of decoys I ever purchased, and they have come a long way since that time. They are still lightweight and collapsible, but the amount of detail in the newly released version of the decoys really helps elevate their appeal. While not currently available online, hunters can find them in their local retailers this spring for about $20.
https://www.flambeauoutdoors.com/ 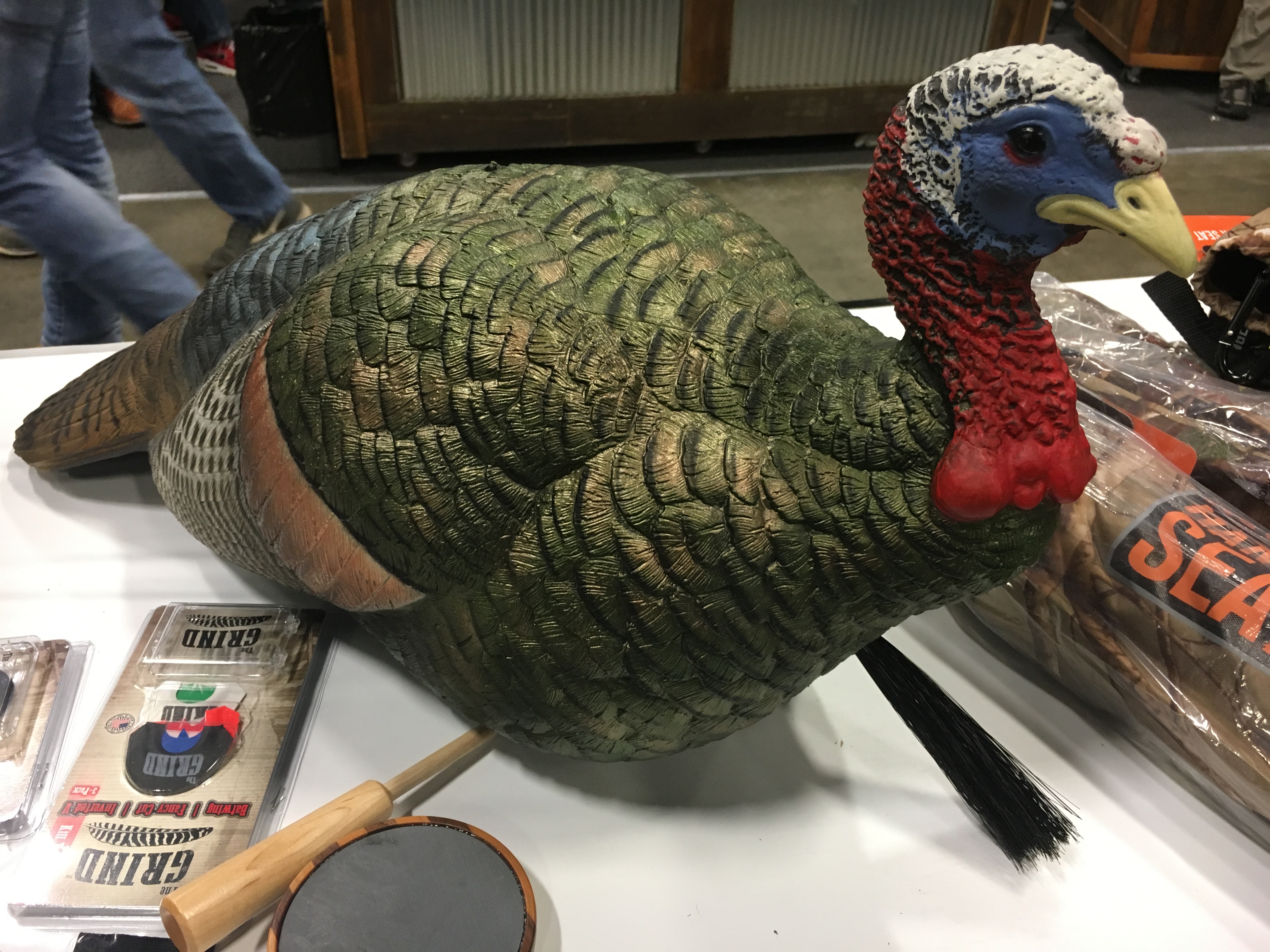 Terry Rohm is getting into the turkey decoy game with a full line of newly launched decoys under the name, The Grind. The line of hard-bodied decoys displayed at convention included a jake and bugging (feeding) and relaxed hens. The body paint looked pretty solid, and the poses are slight variations from others on the market today. Rohm says the decoys will be available for purchase at Field and Stream and Gander stores with a price tag of $49.99. 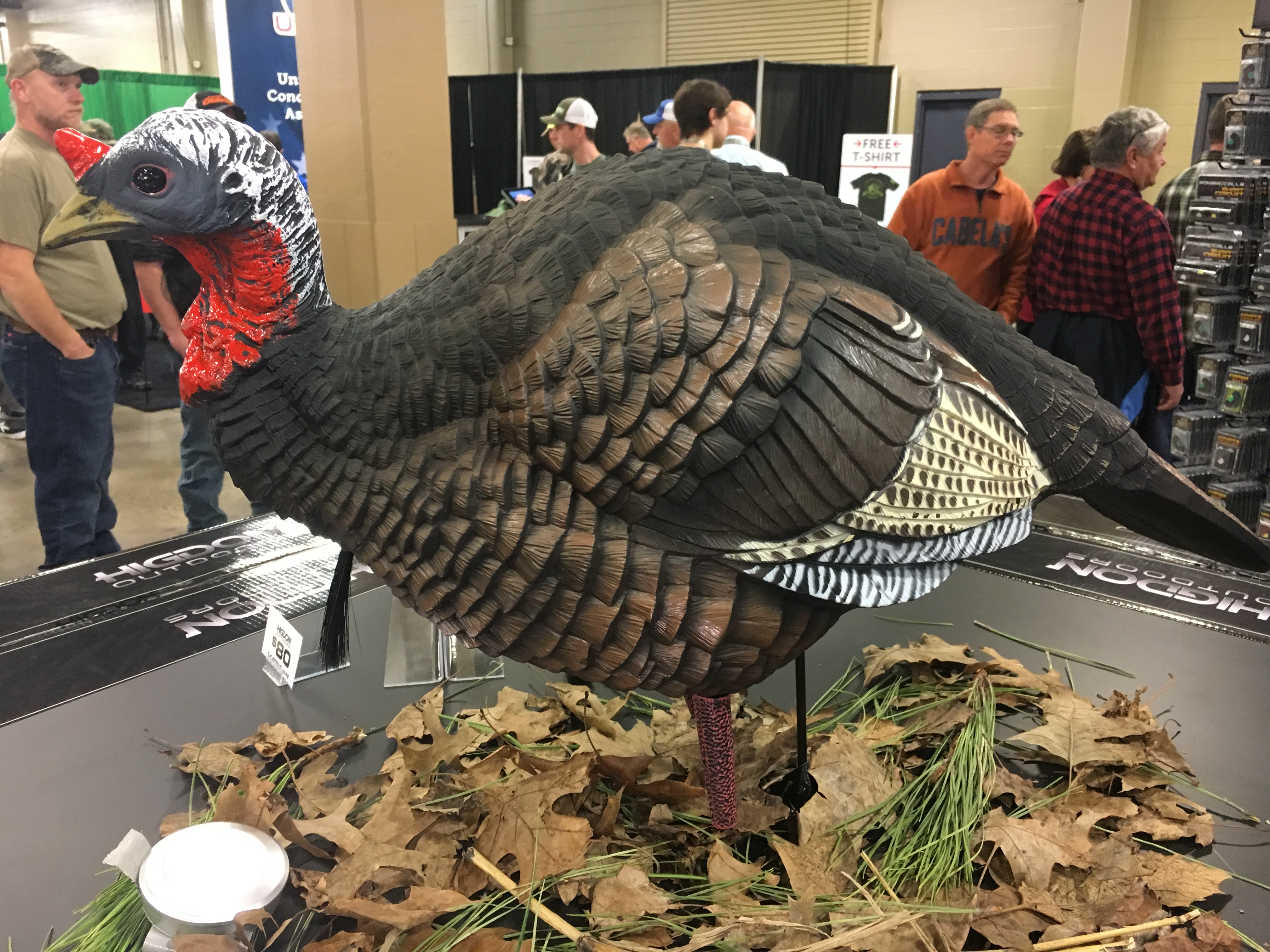 While Higdon had some prototypes at last year’s convention, this year those visiting the show floor were able to walk away with some of the newly launched products. Higdon’s turkey line is a full offering of hard-bodied decoys — upright, feeder and laydown hens and a ¼-strut jake. They will surely help hunters bag a few birds this year. MSRP $49.99 (laydown hen) - $79.99 (¼-strut jake)
https://www.higdondecoys.com/SearchResults.asp?Cat=1875 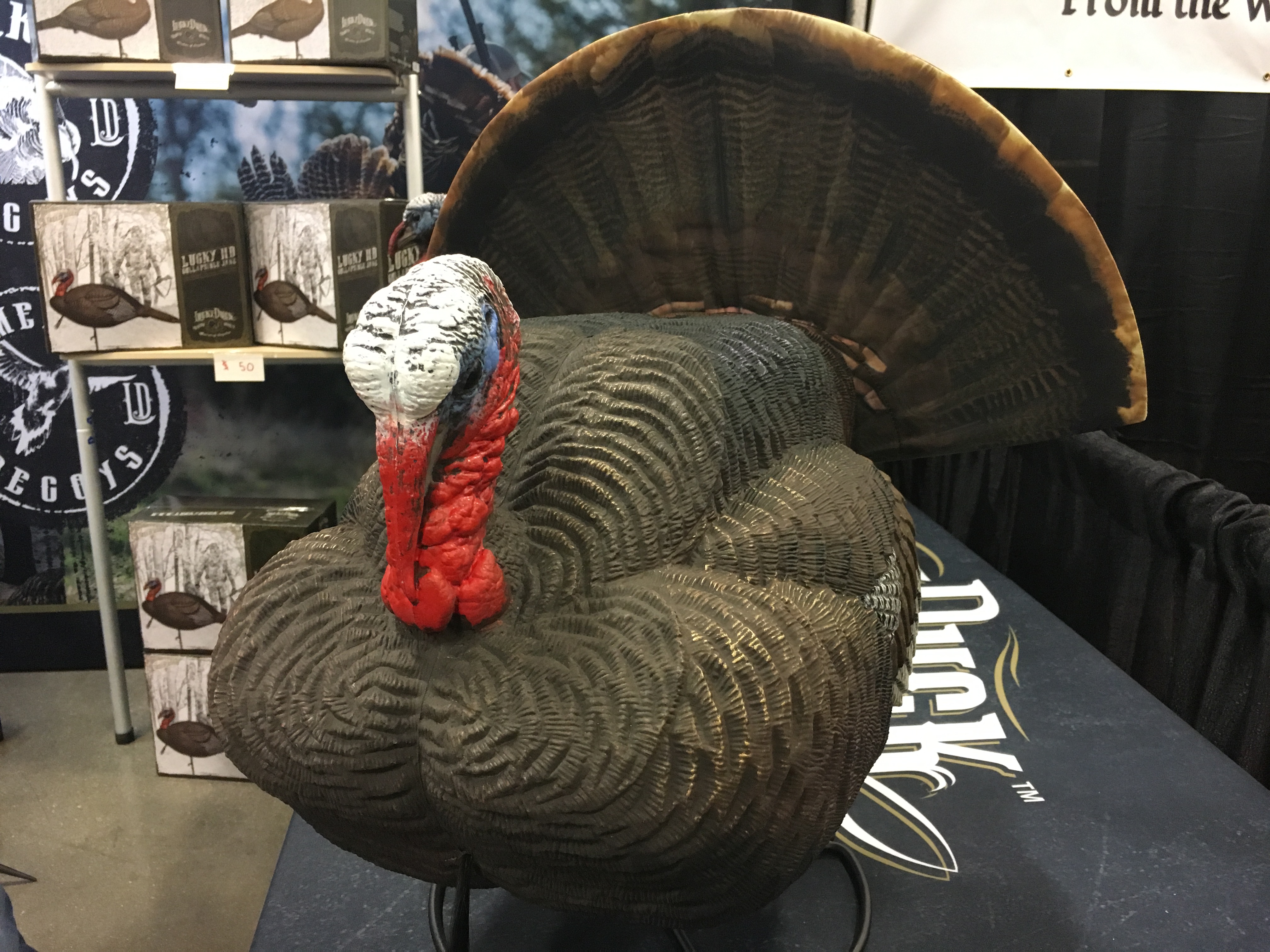 Lucky Duck launched its collapsible line of decoys last year, introducing a jake and hen decoy. This year, they added a strutter to the line. Just like other decoys in the line, this 3/4 strutter is lightweight and durable. It comes with a folding tail fan, but hunters using this decoy can add more realism by attaching a real fan to the mount. MSRP $79.99
http://www.luckyduck.com/turkey/