In part one of our 2020 SHOT Show coverage, we picked a few guns and ammo products we found that hit home with the turkey hunter. Now we are giving information on some of the other products we saw on the show floor that could make your turkey hunting adventures, or even outdoor lifestyle for that matter, that much more enjoyable. 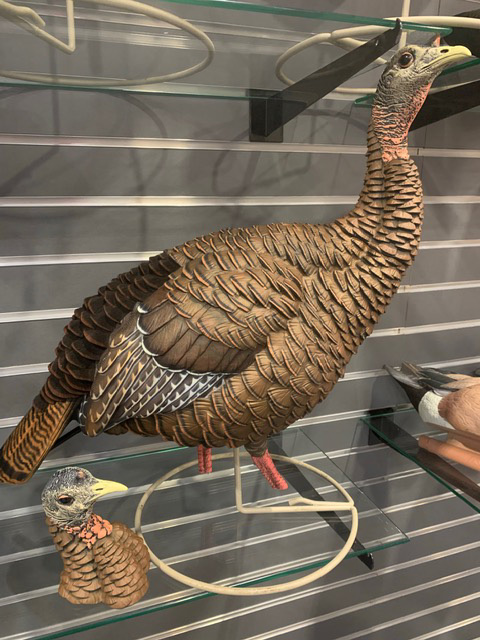 Avian – X HDR Hen
www.avian-x.com
We saw it at SHOT Show and you’ll surely get to see it at the NWTF Show in February, but this decoy screams realism. Just like last year’s HDR Jake, the hen version includes two postures – an aggressive and breeder head – for full season use. And, the blow-molded, hard-bodied design has impeccable detail and durability with its non-chip paint finish. MSRP for this new offering from the Official Decoy of the NWTF is $149.99. 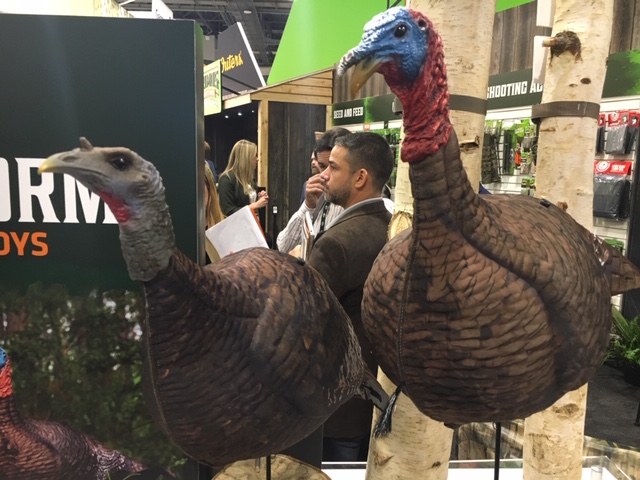 Primos Photoform Turkey Decoys
www.primos.com
The Primos Photoform jake and hen decoys use a proprietary process that allows Primos to take actual imagery of a jake and hen and print it on 3D molded lightweight foam. Not only will these decoys be light enough to carry around all day (jake is just 15 ounces, hen is 13 ounces), but they also collapse down to fit right in your vest. Both decoys can be placed in multiple positions: content, feeding, breeding and more. The Jake Photoform retails for $94.99 and the hen for $83.99. 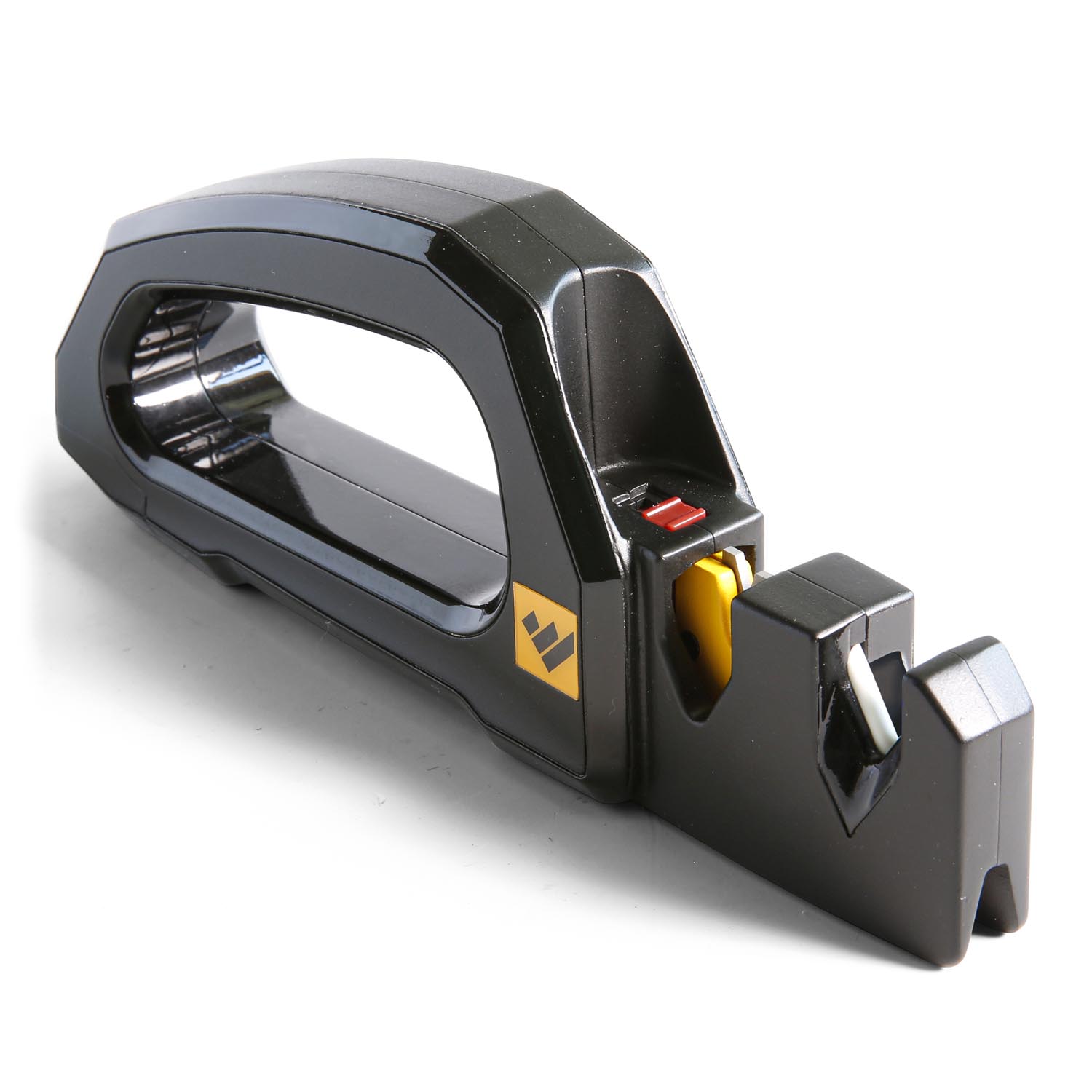 Work Sharp Pivot Pro Knife Sharpener
www.worksharptools.com
The Handheld Pivot Pro Knife and Tool Sharpener sharpens and hones knives, scissors, sheers and garden tools to better-than-new with a superior convex edge. Give your skinning knife or pruning shears in your turkey vest a new edge before your next hunt. Convex carbides quickly restore a sharp edge, while the fine grit ceramic rods hone a knife edge to factory sharp results. The Pivot Response design follows the curve of the blade when sharpening making it easier and more consistent. With an MSRP of $9.95, keep one in the truck, in the shop and anywhere else you may need one. 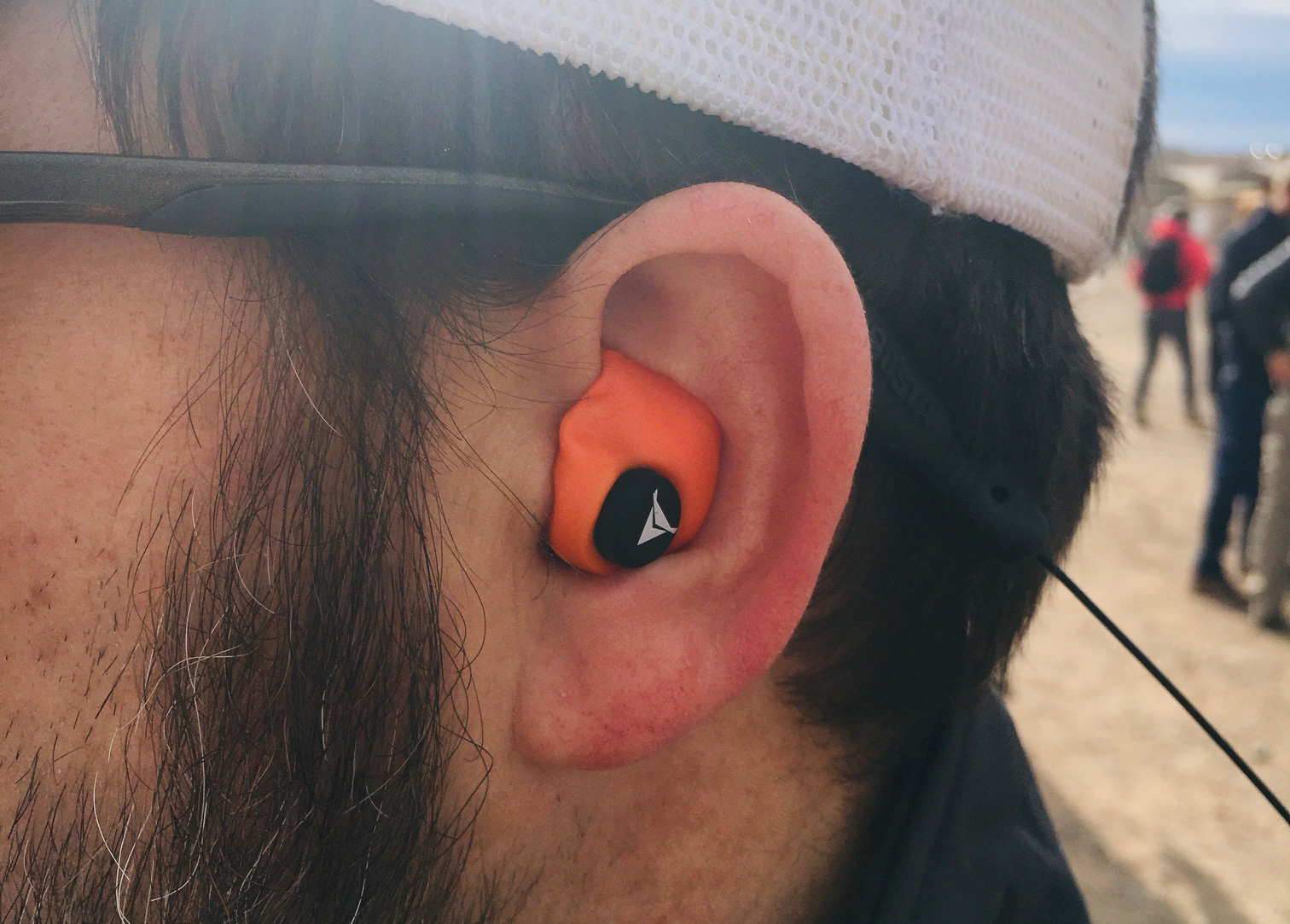 Decibullz Custom Molded Earplugs
www.decibullz.com
Attendees at SHOT Show’s Industry Day at the Range got a chance to test out Decibullz Custom Molded Earplugs. With a quick drop in boiling water, the molds soften and can be fitted to the shape of the user’s ear. Within minutes, they will set up offering continued comfort with a noise reduction rating of 31 (Note, the highest rating for earplugs is a rating of 33).  Don’t get a solid fit the first time around? Drop them back in water for a remold. In addition, the standard plugs (not the molds) are removable and can be swapped out with the more advanced percussive plugs to offer a battery free solution for ear protection without sacrificing heading of ambient noises. MSRP for the base model custom molded earplugs is $25. 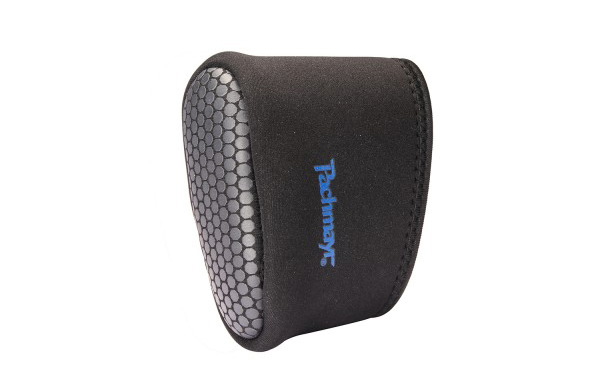 Shock Shield
www.lymanproducts.com
The Shock Shield, a new gel-filled slip-on recoil pad from Lyman Products, is the simple solution to reducing recoil in a variety of rifles and shotguns. No need for different size pads, as its one size design stretches and contours to a variety of stock shapes and dimensions. Filled with a pocket of soft gel, felt recoil is greatly reduced. Easy on and easy off. Simply stretch it over the butt of your firearm. Keep one in the range bag or for turkey load testing those 3- and 3½-inch shells. The Shock Shield’s MSRP is $19.98.

Combat Wipes
www.combatwipes.com
Combat Wipes unveiled its Commando Black Wipes, fitting hunters’ camouflage needs while keeping them fresh and clean. Combat Wipes is a veteran-owned outdoor hygiene company that produces 100% biodegradable wet wipes. Its eco-friendly, cleansing and refreshing wipes are alcohol free and packed with aloe and vitamin E for complete skin protection. Great for those times you're outdoors and need to eliminate dirt or sweat from your face and body, when nature calls or if you need to deodorize. After usage, just bury the wipes in the ground, and they will disintegrate back into the earth within three months. Combat Wipes products are available at retail price starting at $7.30. 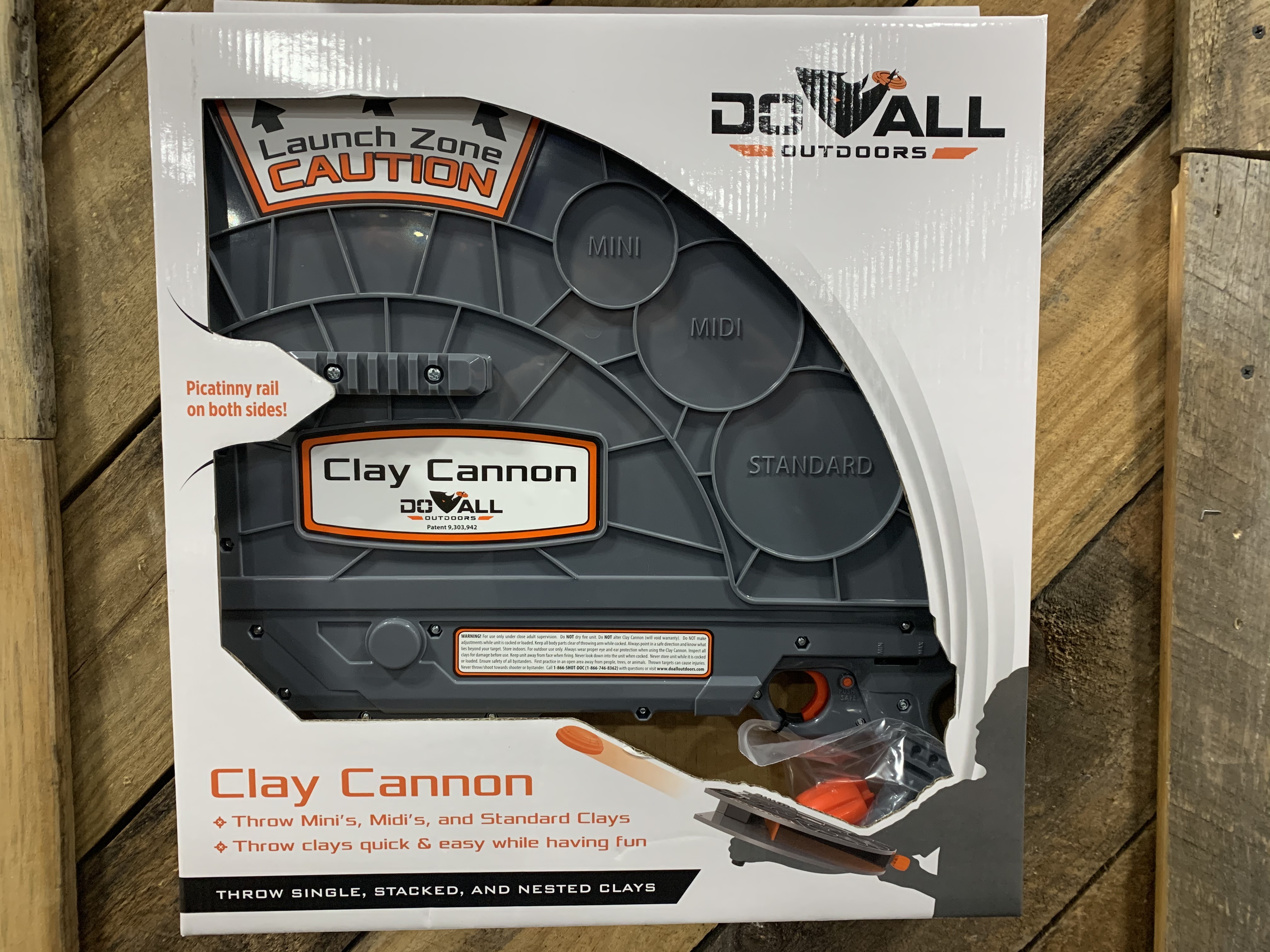 Do-All Outdoors Clay Cannon
www.doalloutdoors.com
For the first time the operator of the clay pigeon launcher can have as much fun as the shooter(s). You can easily launch single or multiple clays in almost any direction. It’s a feature-rich product with unmatched maneuverability, untouchable portability and an unbeatable launching distance of 60 yards or more. With one pull of the Clay Cannon’s trigger you can create a fun and challenging clay pigeon shooting atmosphere. The tension knob on the back of the Clay Cannon allows you can easily adjust clay pigeon(s) speed for beginner, intermediate and advanced shooters. The Clay Cannon weighs just under 5 pounds and is about the size of a pizza box, so you don’t have to have to lug around a mechanical trap machine to practice shooting clays. MSRP varies between $79.99 and $99.99. 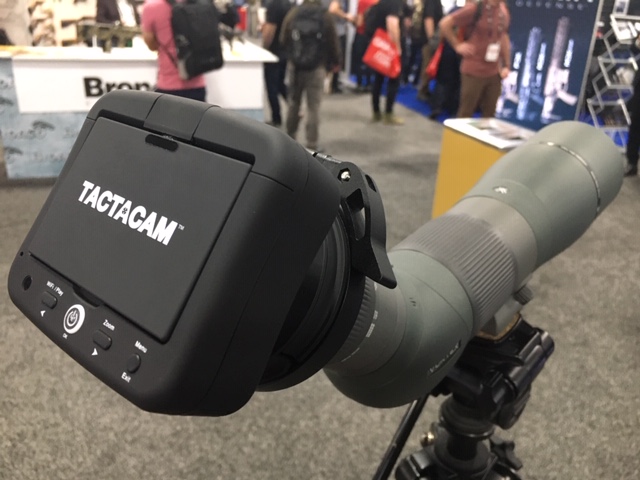 TACTACAM spotter camera
www.tactacam.com
The folks at TACTACAM are known for helping hunters film their adventures by offering a line of cameras and camera mounts for firearms, archery equipment and now spotting scopes. The camera still shoots in 4K like the 5.0, but unlike their previous models, their new product launched at SHOT Show has its own viewing screen. The mounting bracket is designed to fit most eyepieces, and it clamps down snug so it doesn’t have to be removed when the camera isn’t attached. This product was so new, that the folks in the booth didn’t yet have a packaging for me to take a picture of, but they assured me it would be launched by April 1 and have an MSRP of $299. 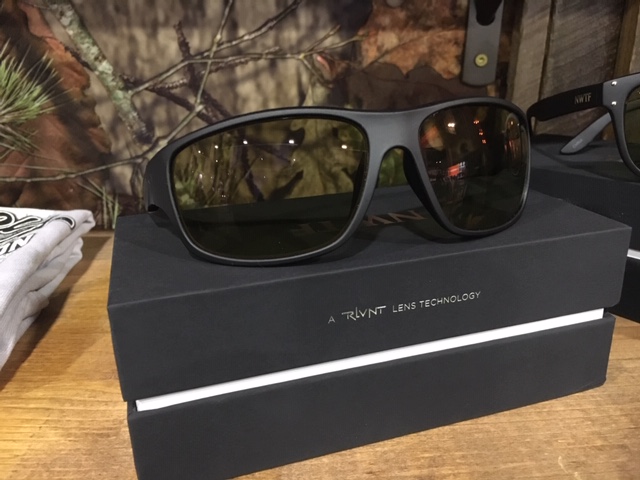 RLVNT NWTF Line of Sunglasses
www.Rlvnt.life
At first glance, these shades might just look like any other eyewear product on the market. But after talking with Adam Winkleman of RLVNT for a few minutes, I realized how much tech the company has poured into these products, specifically with the hunter in mind. For starters, the Trivex lenses are tougher than glass and provide better clarity that polycarbonate. In addition, they are polarized and feature chameleon capabilities – the ability to change color based on the amount of available sunlight. But for turkey hunters, one of the most interesting aspects is the concealment technology that absorbs UV light bouncing off the lenses. Why is this important? Turkeys can see in the UV spectrum, so eliminating this aspect is important for hiding from those wary toms. Couple these glasses with their UV absorbing face lotion, and you can take your concealment to the next level. MSRP for glasses coming in both men’s and women’s styles is $149.95.

Honestly, we know we didn't report on all the hot items shown at SHOT. That would nearly be impossible. We saw new leafy suits, moisture absorbing pads for your turkey boots, a few new turkey calls, gun cases  –  you name it. But this is surely a good start for the year, and we look forward sharing some of the new turkey hunting gear that will be showcased at the NWTF Convention in February.