The best turkey callers in the nation gathered in Mobile, Alabama on June 10-11, 2022, to test their skills against each other during the 2022 World Turkey Calling Championships.

“This is the oldest turkey calling competition in the world,” explained Kenny Weiss, Sr., the event organizer. “We had a great championship event with 46 top callers from 18 different states competing in multiple events. Many of the callers competed in multiple events, so we actually had about 114 competitors in various divisions. This was a National Wild Turkey Federation sanctioned event.”

After two days of grueling competition, Wayne Dozier from Dickinson, Alabama took the coveted big prize by winning the World Open Championship for the best all-around caller. He also won a second world championship and a third title.

“I’ve been struggling for the past few years to get back on top,” Dozier said. “I’ve had a few top five finishes. It feels good to get back on top again. This is the big one, the biggest in the country. It’s a great feeling to win this competition again. I won it here in 2019. It’s a blessing to be able to win it again against great callers from all over the country.”

To win the World Open Championship, entrants had to make several specific calls. A panel of judges sequestered behind curtains so they could not identify the callers except by the random numbers given to each person for a particular event awarded Dozier the top score of 388 points. Tyler Presley came in second with 385 points followed by Mathew Presley with 384. 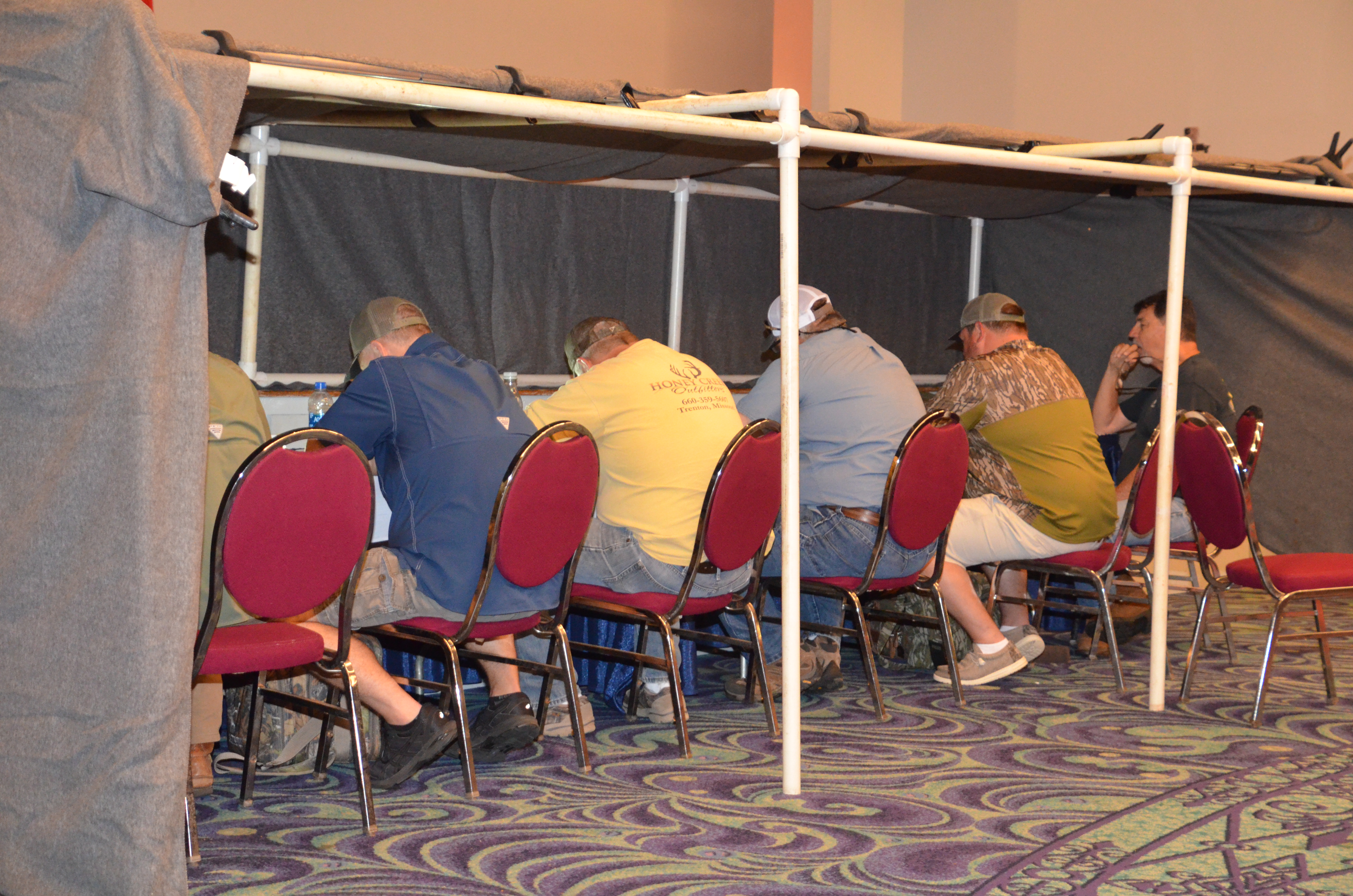 “We had to do several calls with a lot of hen talk in this competition,” Dozier remarked. “I want to thank everyone who put this competition together and all the volunteers who took time out of their day to be here.”

“For someone who wants to compete in calling events, I recommend spending a lot of time listening to real turkeys,” Dozier advised. “Learn their vocabulary and how they preform each call. Also, talk to great callers, like the ones who competed here in Mobile. Most of them are willing to help and will answer questions about calling.”

Dozier also teamed with Jared Lowe to win the Team Challenge competition. In this competition, two people act out two scenarios as if they were turkeys complete with various calls made by turkeys and other animals. Dozier and Lowe scored 480 points, followed by J. R. Lanham and Mitchell Johnston with 477.5. The team of Kenny Weiss, Jr. and Tyler Presley finished third with 473.5 points. 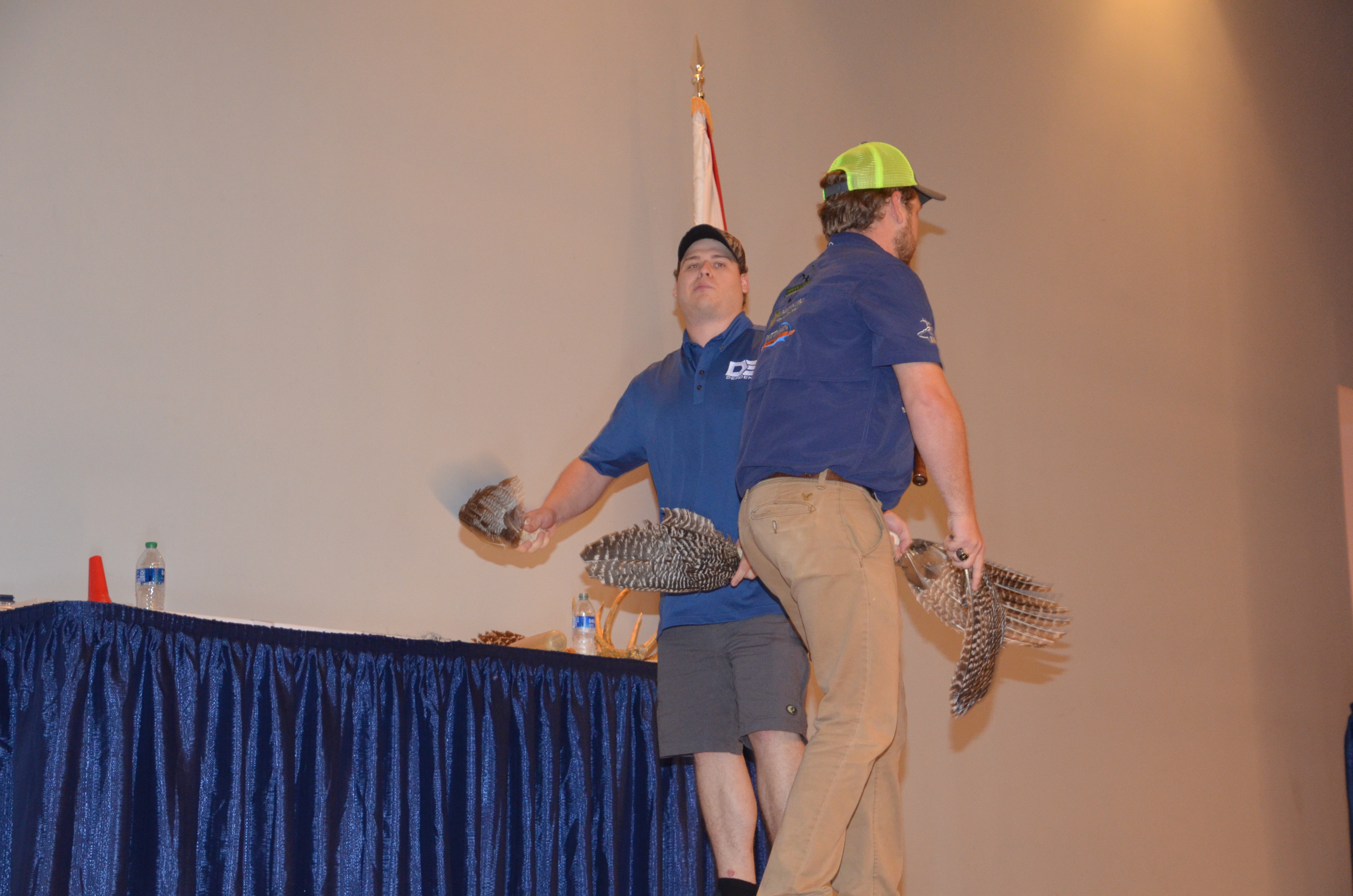 Anthony Woods from Richlands, Va. won the World Championship Friction Calling contest. In this competition, callers could only use friction calls, which make sounds by rubbing two objects together.

At first, Woods tied with Jason Conrad. Each scored 468 points with Brandon Rich coming in a half-point behind with 467.5 points. That forced Woods and Conrad to compete in a “call off” in which Woods scored 464.5 points to Conrad’s 463.5.

“I’ve won state titles, but this is my first world championship,” Woods said. “It feels awesome. I felt better about my run in this contest than I have in a long time. Anytime callers can walk off the stage and smile knowing they did their best, that’s a good day. There’s no feeling like it when you win.”

“It’s an unbelievable feeling, very emotional,” he said. “My first calling contest was at Turkeyfoot High School in Somerset County, Pennsylvania with a student population of about 30. I came in third place at that one. I dedicate this win to my father. He didn’t hunt at all when I was growing up, but he taught me persistence and to stay with it. This is for him.”

“To win a world championship, callers need to practice with persistence and patience,” Huber recommended. “They need to stay with it. Nobody is very good when first starting. We have a brotherhood and a sisterhood here with a lot of really good people involved in this.”

In other competitions, Mason Johnston won the Amateur Division with 272 points, followed by Dawson Hill with 224.5. In the Intermediate Division for callers 16 to 20 years old, Matthew Presley won with 288.5 points.

Chase Roberts won the Junior Division for youths 11 to 15 years old. Chase scored 278.5 points, followed by Lee Ballington with 260.5 and Dawson Hill with 237.5. For the Poults, those children 10 years old or younger, Gavin Bryan scored 217 points for the victory. Mason Johnson followed with 200 points and Tristan Williamson took third with 196.

The first World Turkey Calling Championship took place in Mobile on Jan. 4, 1940, but it went elsewhere for decades. It came back to Mobile in 2012, but then went to Stuttgart, Arkansas for six years. Weiss was instrumental in bringing the calling contest back to Mobile in 2019 where it has been ever since. The pandemic forced the cancellation of the competition in 2020. 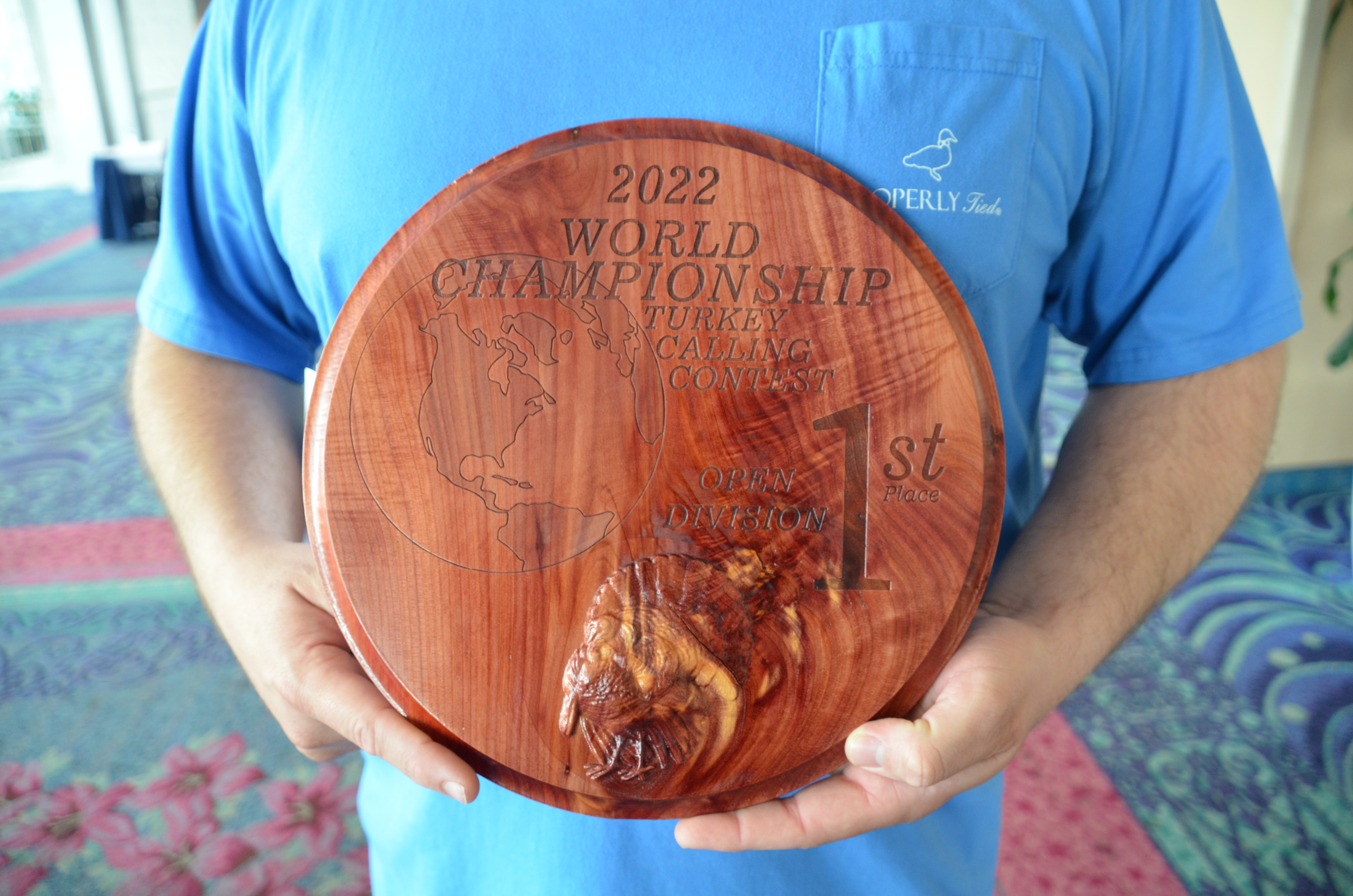 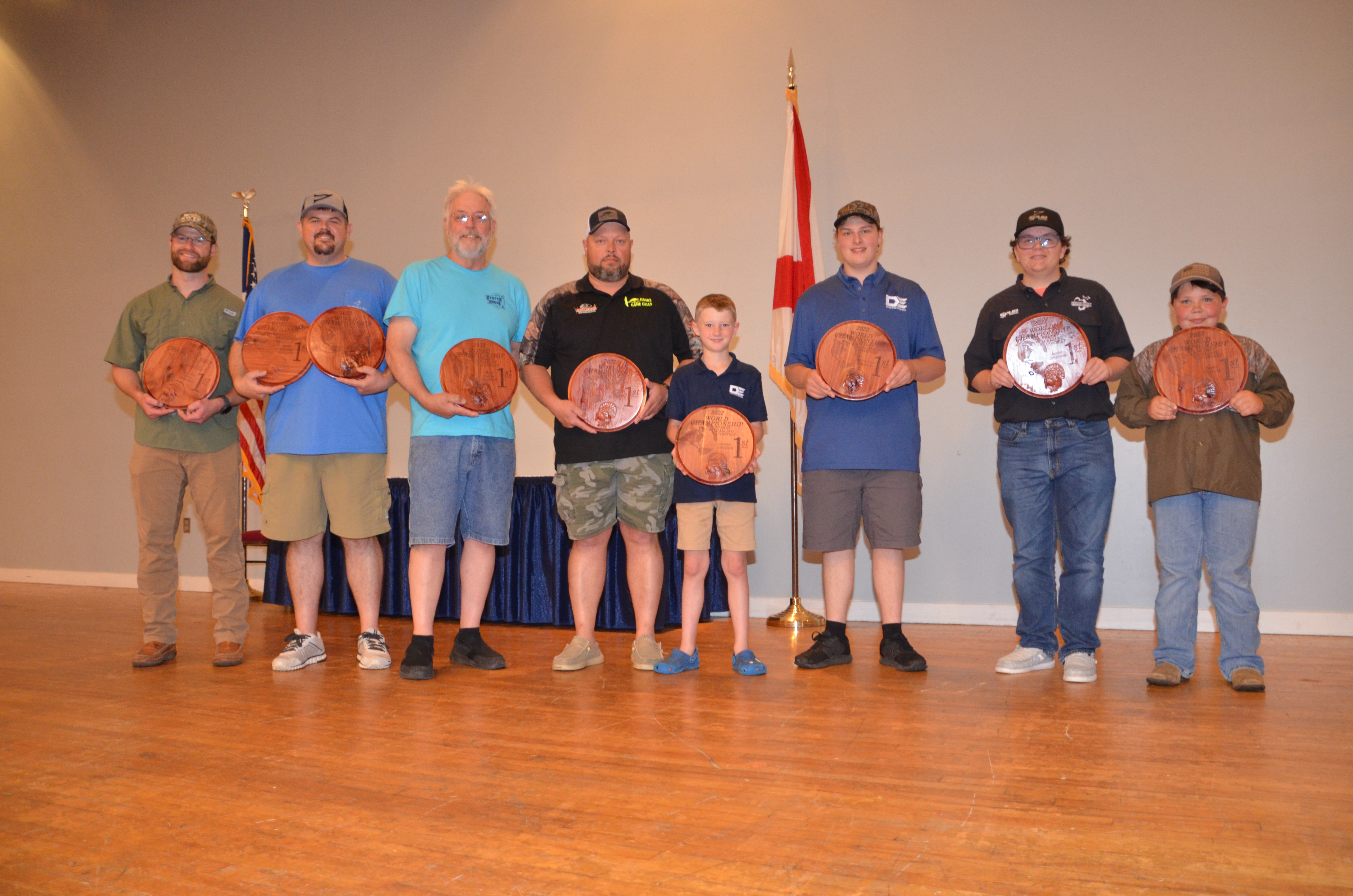