Born and raised in Missouri, Kenny Haas — better known by most as Uncle Kenny — is a 98-year-old World War II veteran and the only living member from a crew of nearly 20 who served alongside him in the Pacific Theatre on a PT boat.

Despite being in his 90s, he is still an avid turkey hunter and angler. Kenny says he has made it to 98 because of his nephew Mark Haas’ adamancy to take him turkey hunting each season. 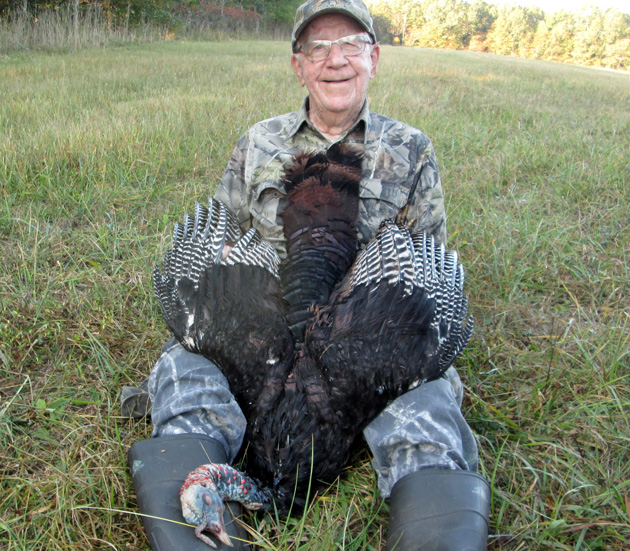 It’s easy to overlook those individuals who gave us our start with hunting and the outdoors. They taught us to be quiet and not to fidget in the blind or how to field dress an animal. The list goes on. And it is usually the older generation passing down these time-honored traditions.

While Mark’s dad taught him how to hunt small game and fish, his dad passed away in the mid ‘90s. Since then, Mark, now 68, has been taking his Uncle Kenny turkey hunting every spring and fall season, in addition to their weekly fishing trips.

Uncle Kenny may be approaching 100 years of age, but that does not keep him from driving himself to the senior center every day for lunch, going fishing or, his favorite, going turkey hunting.

“Some days I get tired because I am no spring chicken myself; I’m in my sixties,” Mark said. “Recently, I asked my Uncle Kenny, ‘Hey can we take a day off from turkey hunting?’ and Uncle Kenny said, ‘Sure, no problem.’ The next day I asked if he got some rest, and he said, ‘Yeah, I went crappie fishing.’” 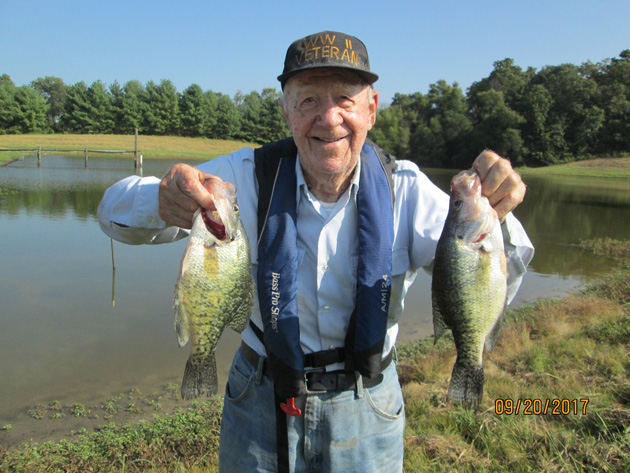 It was only five years ago when Mark and Kenny would go into the turkey woods and go their separate ways, meeting back at the truck at 11 a.m. to see who got a gobbler. However, once Kenny turned 94, the duo thought it would be best if they started hunting together.

“Nowadays, I do the calling and he does the shooting,” Mark said. “I don’t even carry a gun anymore; if he can get a turkey, then that is all I need. I have killed my share of turkeys. 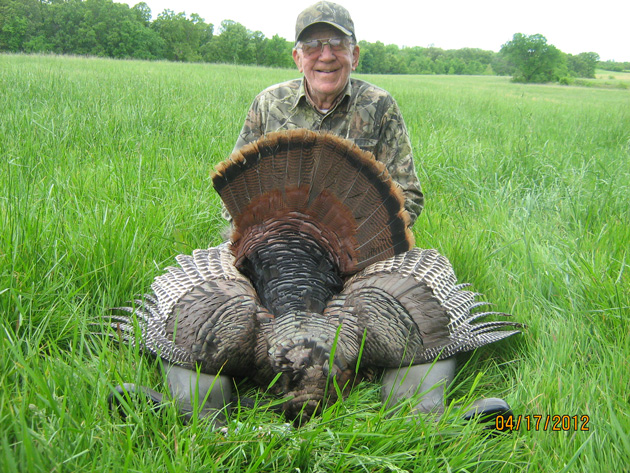 “There are not many World War II vets left, and we are losing them fast. If you know one or know someone that is older, make the extra effort to take them out hunting or fishing; you might not know how much it could mean to them.”