A Caliber for Everyone

The 6.5mm Creedmoor excels in the field and at the range thanks to recoil reduction and higher energy on impact at longer distances compared to similar calibers.

After becoming the new standard for the range, the cartridge that has taken North America rifle ranges by storm is proving its mettle in the wilds.

Introduced in late 2007, the 6.5mm Creedmoor was developed as the ideal long-range competition cartridge. Its story started with competitive shooter Dennis Demille providing Hornady’s senior ballistician Dave Emary with a list of wants for the ideal cartridge after complaining about what was available at the time. These included light recoil, flat shooting with a high ballistic coefficient and using readily available components for reloading. 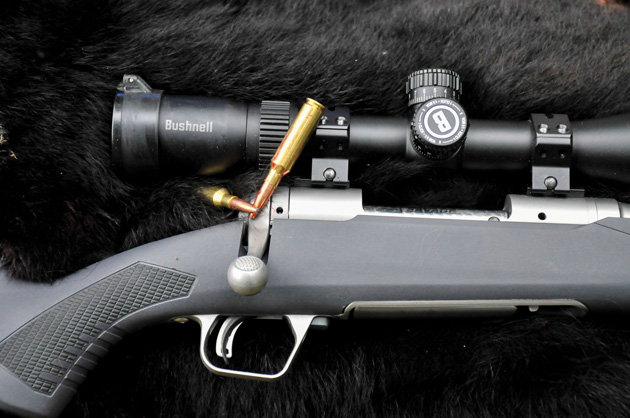 After some tweaking, the 6.5mm Creedmoor was introduced to the world. In the years since, it is stealing the crown from the .308 Winchester as the king of long-range shooting.

Sporting long, narrow bullets, 6.5s have a high ballistic coefficient. Simply put, this means there is less air resistance; the bullets have less drag and fly better. This translates into an extremely accurate bullet that retains more velocity at longer ranges.

“It didn’t take long before we introduced hunting cartridges in 6.5 Creedmoor,” said Neal Emery, senior communications manager with Hornady, adding hunting ammunition options were introduced two years after the launch of the cartridge.

The resulting hunting loads, and subsequent ones since, have become what is likely the fastest-growing new hunting caliber since the advent of short magnums.

It is also vying for another crown: the favorite caliber for recoil-sensitive shooters — and doing it with more punch and similar recoil as the .243 Winchester, which long held the title.

“It’s an ideal cartridge for game up to deer size, but more than capable on larger game,” Emery said. “There’s certainly some subjectivity on the subject, but with the right bullet, we’ve received a lot of feedback from happy elk hunters and a number of African plains game hunts. 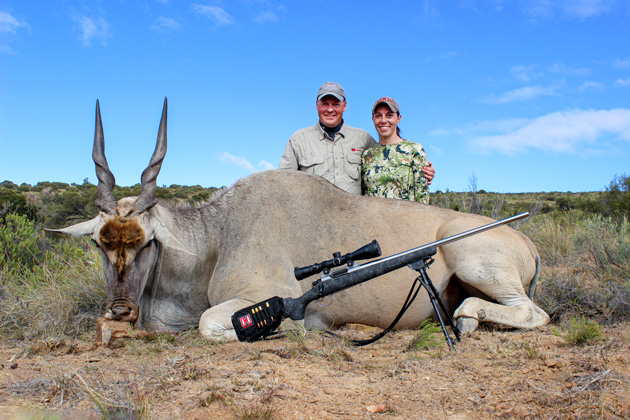 While Emery was humble, the 6.5mm Creedmoor now often makes the cut in articles listing the ideal caliber for deer, elk and bear. Across the ocean, its forebearer, the 6.5mmx55, a cartridge originating in the late 1800s, is also a popular moose cartridge. Put another way, there have been a lot of elk and moose shot over the years with .308s and .30-06s at 300 yards with 150-grain projectiles, and the 6.5 Creedmoor has more energy.

Joe Thielen, assistant director of engineering at Hornady, was the lead on the development of the 6.5mm Creedmoor. While he had a feeling it would be a good hunting bullet, he didn’t see it taking off the way it has or that it would become his wife Christina’s favored caliber. She tried .308 and 7mm magnum and struggled with the recoil, before settling on the 6.5mm Creedmoor. 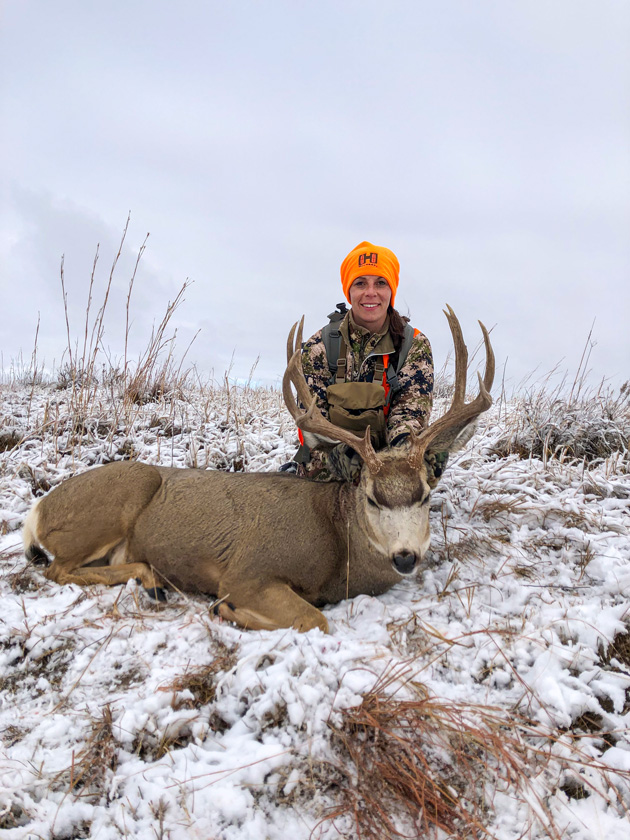 He explained it has the right combination of bullet weight retention at an ideal velocity.

“For lack of better terminology, you get pretty-looking mushrooms at those types of velocities,” he said.

Choosing the right bullet is important with the 6.5 Creedmoor, especially with larger game. Popular bullets are Hornady’s 143-grain ELD-X and Barnes 120-grain TSX. When I shot a black bear with my 6.5mm, I used a popular manufacturer’s deer loads. While the bear didn’t go far, there wasn’t a lot of bullet expansion with a heart shot. I would use the caliber again but would pick a different bullet.

Alberta, Canada, hunter Kris Caprarie is a long-time fan of 6.5mm calibers. Caprarie is also a competitive shooter and a former police sniper.

He started with the 6.5 Swede years ago after reading a magazine article about it. Now his main hunting rifle and two match rifles are 6.5 Creedmoor.

“I was an operational sniper for 14 years in policing,” he said. “I started shooting PRS competitions down in the states, first with the .260. We have actually switched out our .308s for 6.5. I found they are really easy to shoot, and because they are so popular now, there is ammunition everywhere.”

Using his 6.5, Caprarie has taken pronghorn, moose, elk and numerous whitetail and mule deer. He said the only one he hesitated on was a 300-yard-plus shot at a moose, but this was as much because of the angle as the distance.

“We had a big bull moose that came out quartering toward us,” he recounted. “He gave us his front shoulder and we were shooting a lighter-constructed bullet so I just waited for him to turn sideways.” 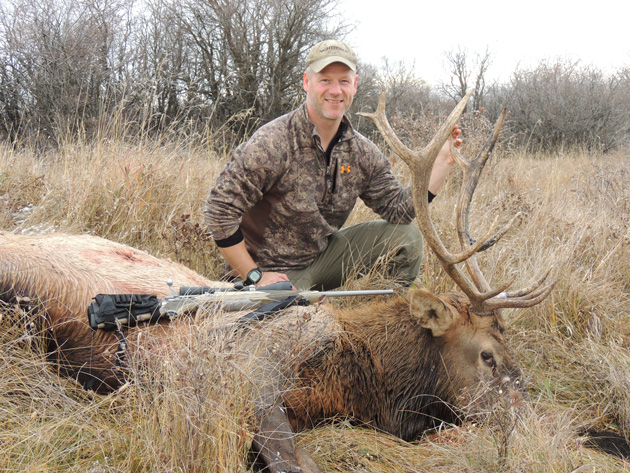 Caprarie is also a shooting coach at Call Sign 66, a long-range shooting school. He recalls one student who was the epitome of why people shouldn’t shoot a magnum if they can’t handle the recoil.

“His words were, ‘My rifle didn’t group,’” Caprarie said. “Watching him shoot, you know exactly why his rifle didn’t shoot. It doesn’t matter the size of the gun, it won’t make up for bad placement. The last elk I shot was at 480 meters and it dropped it. You have to shoot a round where you can put the bullet in the right spot, and that’s what I like about the 6.5s, especially the Creedmoor — anybody can shoot it. My kids can shoot it well, my wife can shoot it well. They’re not scared of the recoil. They’re not scared of the muzzle blast. It’s a real aerodynamic bullet and beats the wind.”

The 6.5 Creedmoor is not only a gun for recoil-sensitive shooters, it may be a way to improve anyone’s shooting.