It may never be too early to introduce future hunters and conservationists to the wonders of the wild. 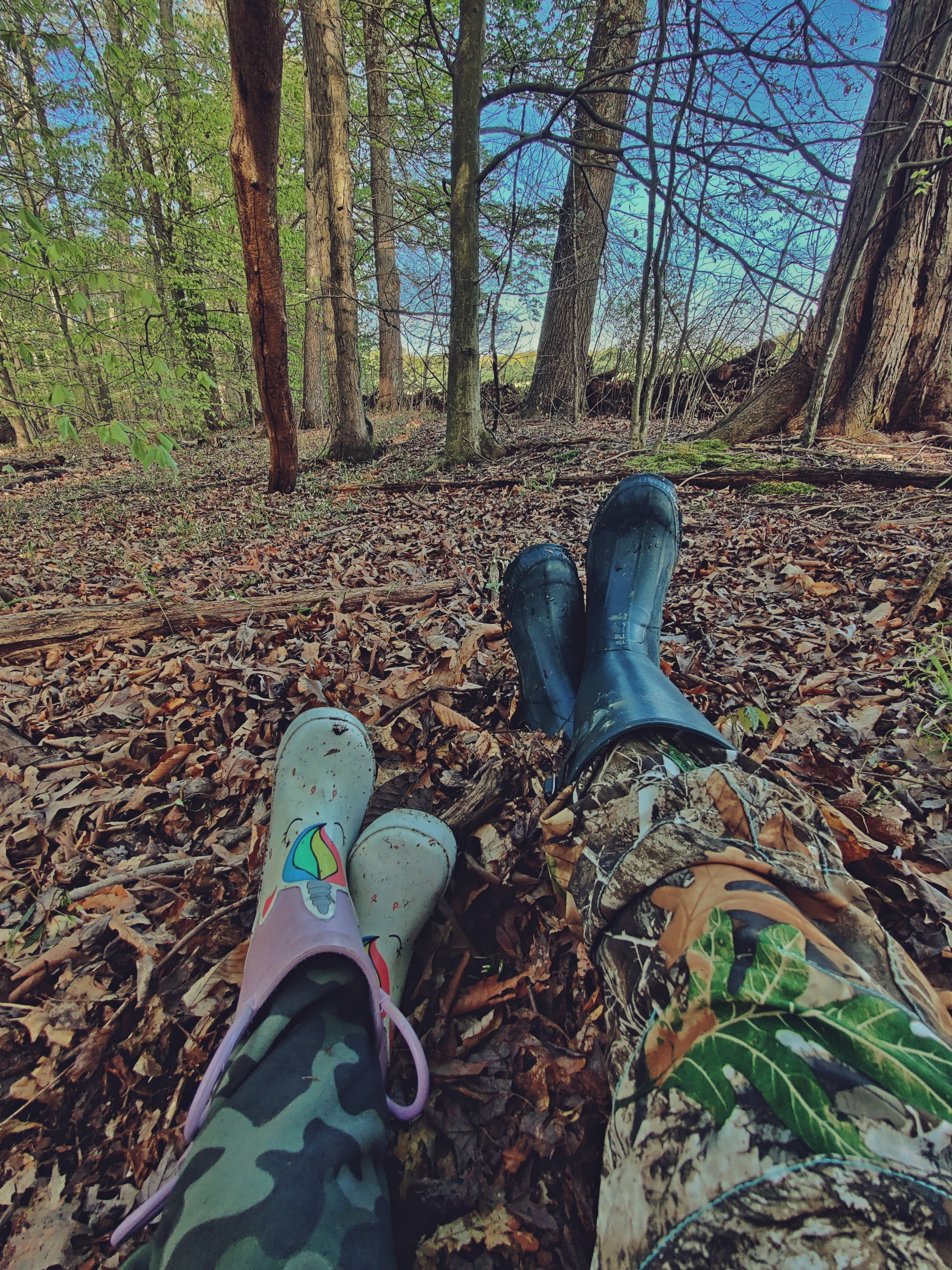 The early morning sunlight filtered through the budding green oak leaves that were no bigger than a squirrel’s ear. I sat with my back up against the rough bark of a large hickory tree, taking advantage of its natural cover in the otherwise open hardwoods. Turkey calls scattered beside me in the damp earth, bow propped against my camo clad leg, I took in the silence and strained my ear for the sound of a distant gobble. Yet, all I heard were warblers and the soft sound of my 8-month-old daughter breathing as she slept in my arms.

Despite not hearing any turkeys that morning, I was content to sit and watch the woods wake up and enjoy the time with my daughter. Turkey hunting – and hunting in general – has always been such a huge part of my life. Though some may frown upon the idea of taking a baby to the woods on a turkey hunt, I reveled in the fact that I could balance motherhood with being a hunter. I felt this was where I was supposed to be, and how I was meant to be a mother.

When I became pregnant with my daughter Isabella, I worried that I wouldn’t be able to do the things I loved, such as hunting and fishing. My husband worked night shift, and we didn’t live near family, so once Isabella was born my only option for getting out of the house and into nature was to take my daughter with me. 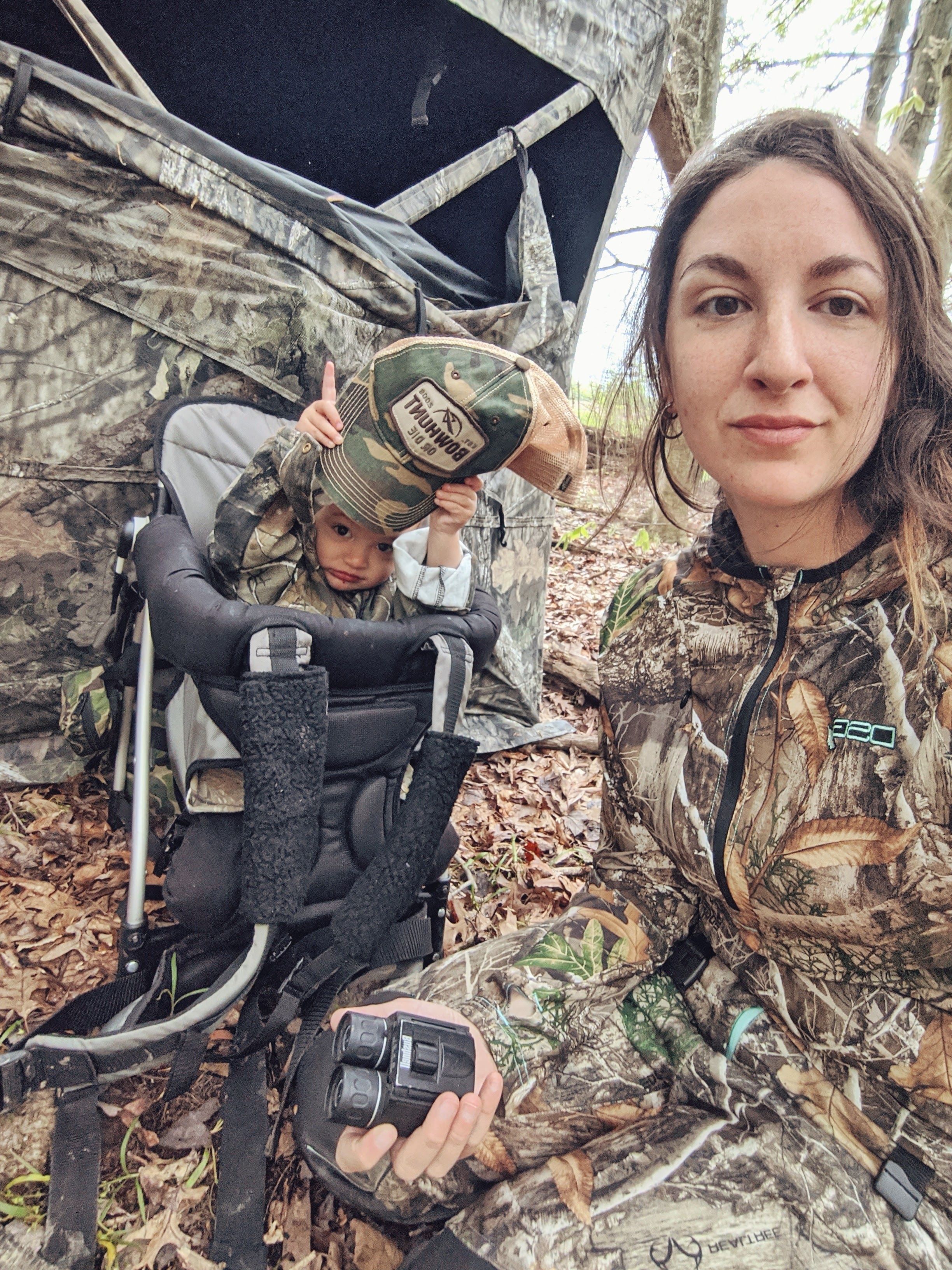 Turkey hunting was the first thing I ever hunted as a child, so it just seemed fitting that the first official hunt I took my daughter on was a turkey hunt. Let me tell you, turkey hunting with a baby certainly throws a wrench in things. Carrying extra gear such as diapers and wipes, constantly having to stop to nurse, making sure she was comfortable in her carrier. My turkey vest was full of teething crackers and toys to help keep her quiet; the spots I chose to set up in wait for a turkey suddenly needed more cover than I usually had to help hide the movement of a baby.

And yet, turkey hunting with a baby amazed me. Even at a young age, she took notice of everything. She loved the woods; every day with her was a new adventure of seeing things through her eyes. The sun seemed brighter, the woods greener, the gobbles even more glorious. I learned to “run and gun” while she was awake, and when she nodded off to sleep I would find a place to tuck down in the underbrush and wait. Everything was taken in stride and nothing was guaranteed.

I didn’t get a turkey that first season with Isabella … or the second season. I chose not to hunt public land with my daughter in tow, always paranoid some careless hunter would mistake us for a turkey. Having minimal areas to hunt on private land left me with limited options, but I did my best and enjoyed every second. The second season of turkey hunting she was old enough to know what we were doing, and her eyes would light up when she heard gobbles. I managed to call in a few hens within range which she enjoyed seeing, as well as some domestic turkeys from a neighboring farm that came in to see what the fuss was all about. I still laugh when I think back on that hunt … it was at least an interesting sight to see as I knelt on the ground with Isabella peering up over our little pop up blind. It was the closest we came all season to killing a bird, and a memorable hunt to walk away from. 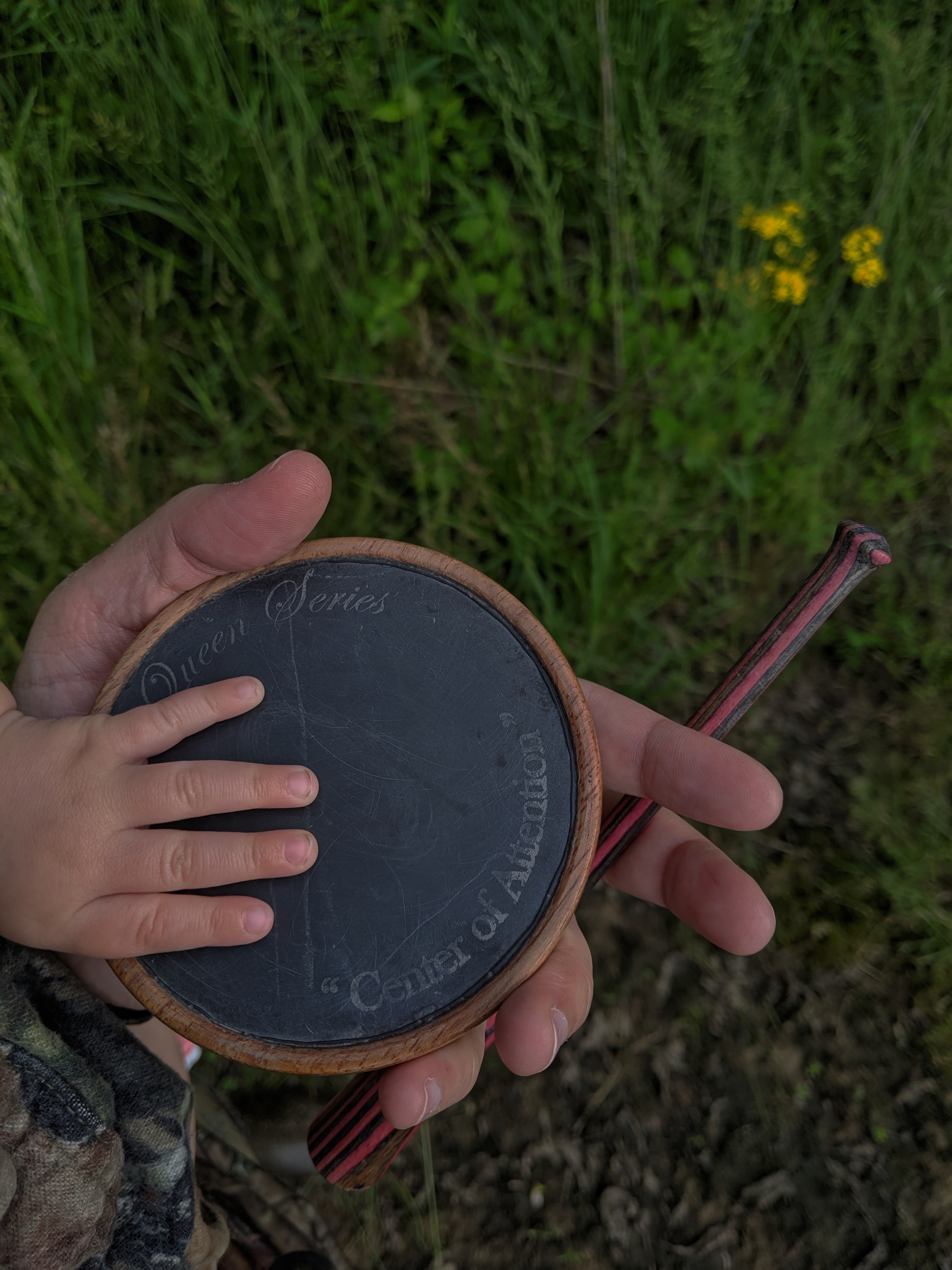 I like to think she was born with turkey hunting in her blood, not only because I was a turkey hunter as my father before me, but because I turkey hunted throughout my pregnancy and it was the only year I have ever tagged out in an Ohio turkey season.

As each turkey season ends, I anticipate my next season with Isabella in tow. As a 3 year old, she can identify various wildlife by both sight and sound, and knows many plants. She knows how to use a box call, and enjoys using it maybe a little too much. Not once have I ever regretted making the decision to take her with me on my hunts; it may mean I fill less tags, but the memories I walk away with make it worth it.

To any parents considering taking their little ones along to the woods this spring, here are a few words of advice: pack lots of snacks, bring appropriate clothing, don’t take yourself too seriously, and remember to make it fun. If the hunt is fun, your child will be asking to go with you on hunts for years to come. It will become a way of life for them, just like it is for you. 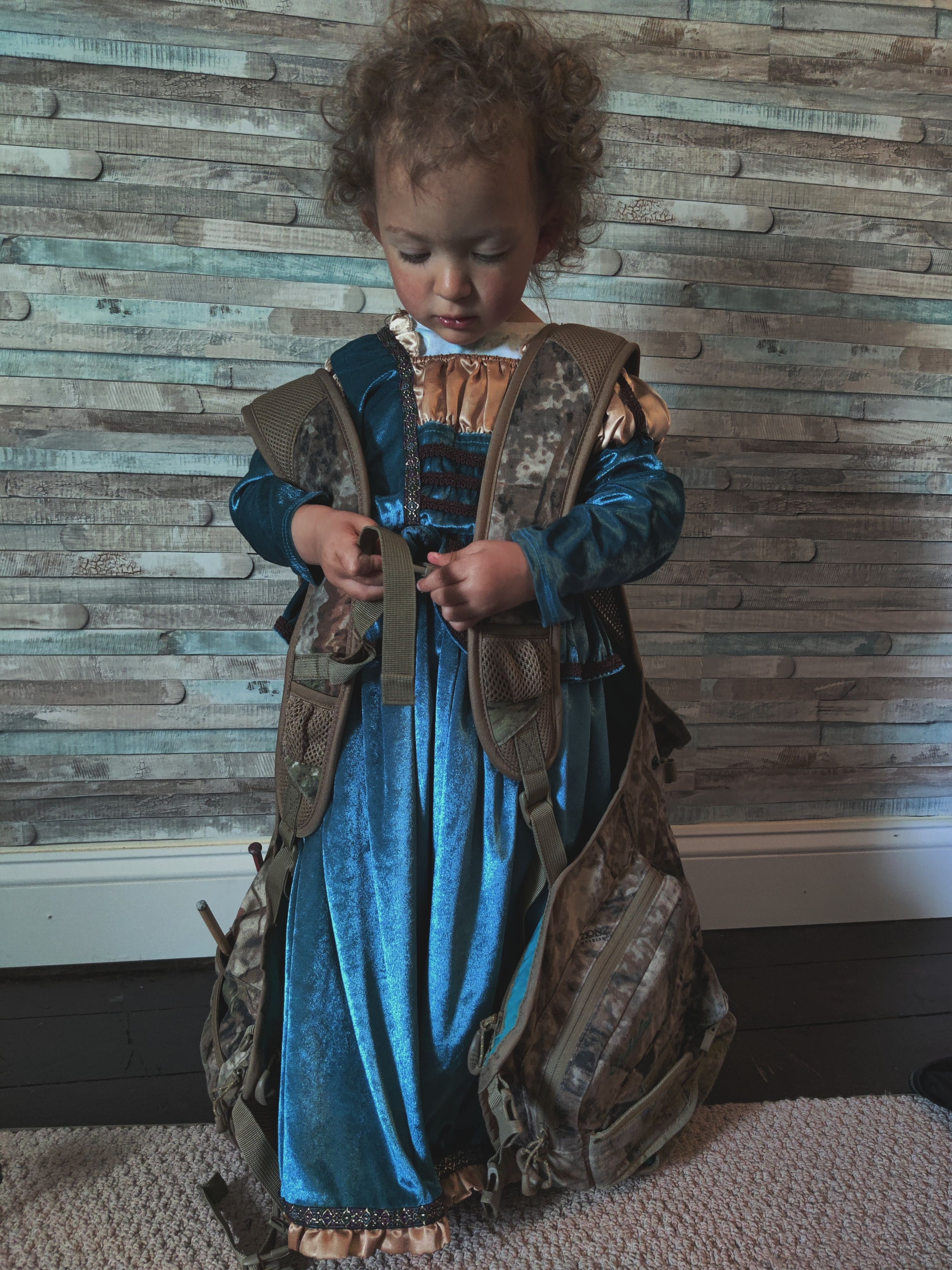