For most turkey hunting aficionados, ‘it was quiet’ means there wasn’t much action. For hearing impaired sportsmen, it means something totally different.

The sun’s first rays poked through the trees. It was a clear, crisp May morning in northeastern Pennsylvania, the kind that makes you wish you’d thrown an extra layer in your pack. Set up on a field several hundred yards long and almost as wide, we were tucked just inside the woods, 30 yards from a pair of decoys.

After about 45 minutes of occasional calling, my hunting partner, NWTF Walking Purchase Chapter member Bob Schwalm, whispered something, but it was inaudible to me as we were seated 15 yards apart. He tried again to no avail and then pointed, knowing I was hearing impaired. I immediately understood, and within a few minutes, a pair of turkeys showed themselves at the far corner of the field, making their way along the tree line in fairly rapid fashion.

As they approached the far side of the woods we were set up in, they were still at least 150 yards away. I wondered if they would turn in our direction or disappear into the trees, which they were now only yards from. A series of clucks and purrs from Bob’s lips stopped the birds momentarily, but the fate of the morning seemed to hang in the balance. 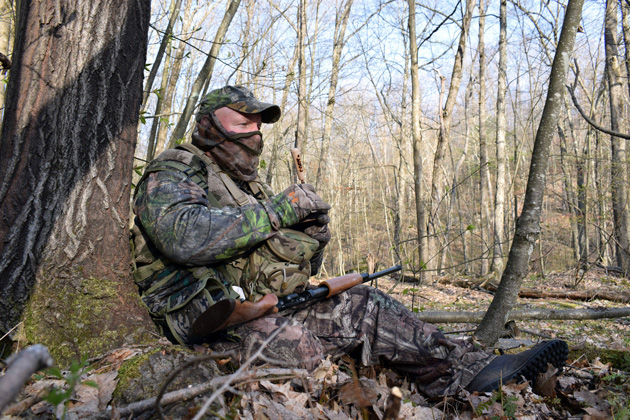 When it comes to hunting, few pursuits require sportsmen to use their ears like turkey hunting. You can argue that archers who hunt elk during the rut rely partially on hearing bulls respond to their calls, but wild turkeys are the only major game species outside deer that are found coast to coast, making them easily accessible to most hunters.

For turkey hunting enthusiasts, short of seeing a tom come in, it’s the tell-tale gobble of a bird responding to a locator or hen call that lets you know he’s in the area and you have the potential for action. Sportsmen who are profoundly hard of hearing, however, rarely have the opportunity to enjoy the thrill of that sound unless the birds are in close proximity.

If you are substantially hearing impaired or simply have significant hearing loss due to advanced age, fortunately there are a number of things you can do to ensure success:

Hunt with a Partner – The easiest and best option to overcome a hearing disability when turkey hunting is to get out with someone who hears well. Turkey hunters, especially NWTF members, are usually happy to take someone afield, share what they know and pass on the tradition. The ability for your partner to hear the birds, whether he or you does the calling, allows you to reposition yourself for the shot before a tom arrives. Instead of trying to whisper to each other, use hand signals to communicate, like a thumps-up for a gobble or pointing toward the location from where a bird sounded off.

Set Up on a Field Edge – One of the best tactics for combating a hearing impairment is setting up in an area where you can see long distances so you’ll notice the birds before they see you. A farm field, meadow or natural opening in the woods are all great locations to employ a couple of decoys, with a hen and jake often being a killer combo for luring in birds.

Do Your Homework – Scouting is crucial to turkey hunting as there are so many factors that influence the birds’ movement. It’s especially important, however, when you can’t hear the turkeys as you need the confidence to know they are in the area you hunt. If you are able, try to put a few birds to bed one night and set up in that area the next morning with the hopes of enticing them in as they leave the roost. Remember not to set up too close to the roosting area to avoid spooking them.

Condition Yourself to Hunt ‘Silent Gobblers’ – You often hear turkey hunters say they got their bird in mid- to late-morning, “but it never made a sound.” If you prefer to go at it alone, the most important thing is to stay positive and have confidence in your calling abilities and setup, but also understand you may not hear the birds until they are very close, if at all. While the run-and-gun strategy may not work well for those who are hearing impaired, if you have the patience to stick it out in an area you know birds frequent, it can often lead to success, especially as toms break from their hens to look for other females. 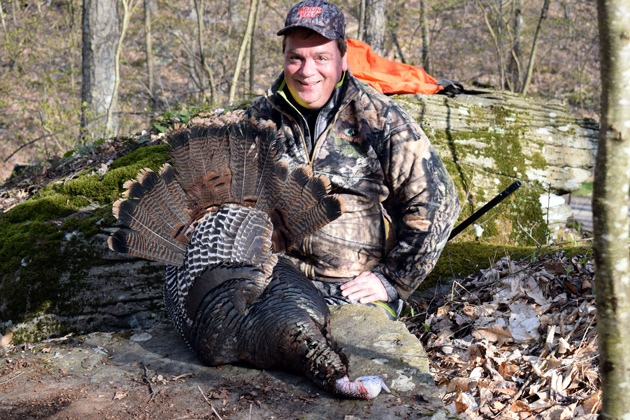 Following Bob’s well-placed calls, the pair of turkeys turned and started across the open field directly toward the decoys, pausing once or twice before reaching their destination adjacent to the jake decoy. A well-placed shot from the Mossberg 500 put the larger bird down for the count as the other one split for safer confines.

“Did you hear those birds,” Bob asked, speaking at a level at which I could now understand him.

“Not when you first pointed them out; only when they were much closer,” I responded. In the end, however, all we really needed to do was see one of them up close and in range!