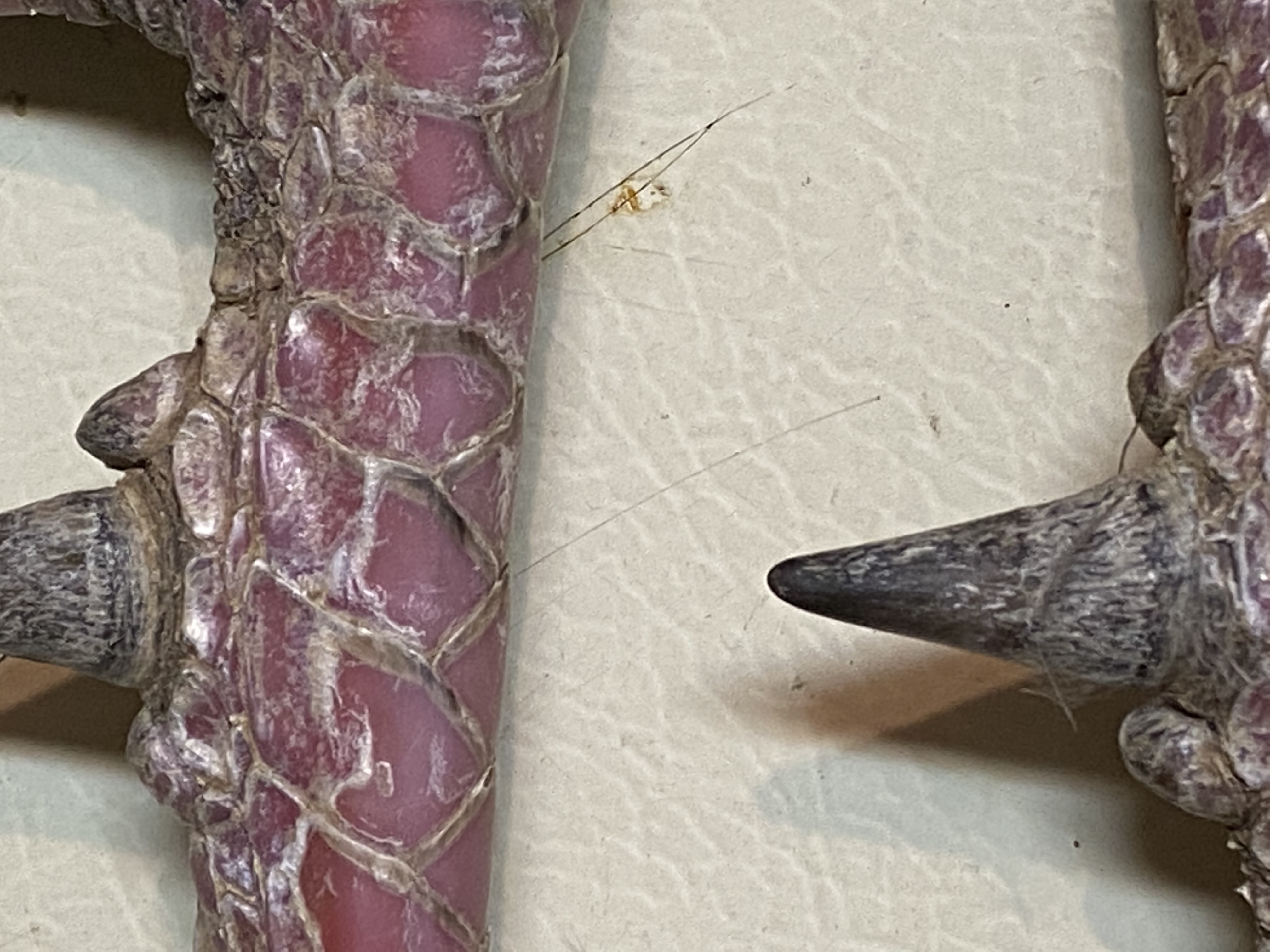 Answer:
Congratulations on successfully harvesting a gobbler with multiple spurs. Most gobblers develop one spur on each leg. The spurs develop from buttons that appear to be raised scales just above the toes on the back of the scaly lower leg which is known as the metatarsus. Spurs start growing in males during their first year. The adult spur has a bony core and a keratin cover. The photo you sent shows a main spur and two developing spurs, one above and one below the main spur. Fewer than 1% of adult gobblers exhibit multiple spurs. Only one of 845 Eastern gobblers I banded while doing wild turkey research in New Jersey had multiple spurs.

Gobblers with multiple spurs generally develop two spurs on each leg, with a secondary spur located below the main spur. At times there appears to be a third spur in the form of a button above the main spur. Spurs develop with age. The secondary spur on your gobbler was definitely forming into a visible spur. Had the bird lived another year or two that secondary spur probably would have elongated and would have looked sharper. Whether the button above the main spur would ever develop into a third spur rather than a button is hard to say. Based on its size and shape, I would guess the chances were slim. While double-spurred gobblers are quite rare, triple-spurred gobblers are even less common. I could find only two or three records of gobblers with more than double spurs in references I checked.