Does lead shot contaminate turkey meat at a hazardous level? A recent study set out to find the answer.

Lead is the most common ammunition choice used in turkey hunting. Its high density coupled with the right shotgun and choke combination provides a lethal down range pattern and enough kinetic energy to quickly and humanely kill the target bird.

Lead contamination is also a major environmental issue. It is well documented that lead can have toxic effects on wildlife and people, especially children. However, little is known if consuming wild turkey meat carries any significant risk when harvested using lead-based ammunition. A recent study by the University of Georgia Savannah River Ecology Laboratory at the Department of Energy Savannah River Site near Aiken, South Carolina, compared the potential contamination of turkey breast meat between two popular lead-based ammunitions, standard lead and copper-plated pellets, to see if there were any differences and if there were any risks for consumers. While turkeys are typically shot in the head, pellets routinely enter the breast as the shot pattern expands downrange. 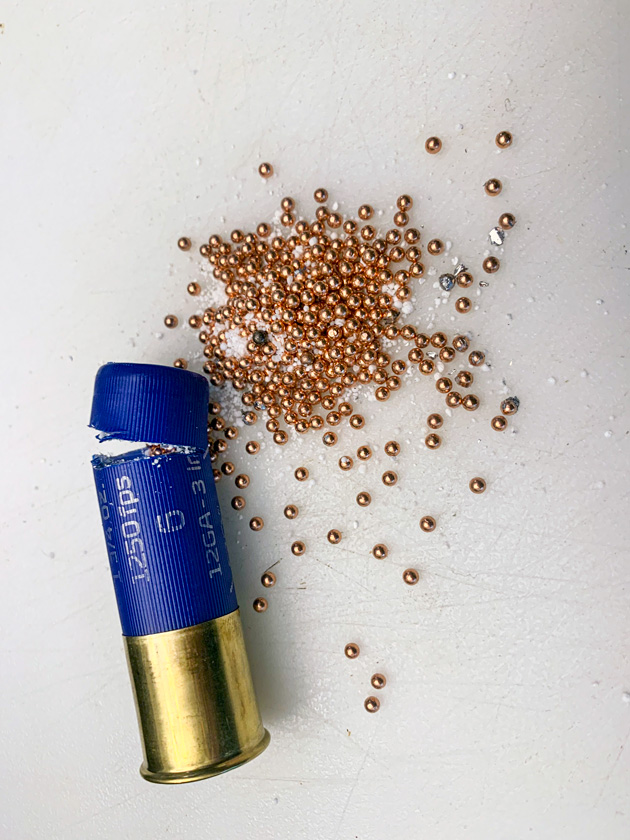 UGA graduate student Cody Tisdale and UGA researchers Dr. James Martin and Dr. James Beasley of the Warnell School of Forestry and Natural Resources conducted the study at the DOE-SRS. The study was part of Tisdale’s master’s degree program. The research used harvested turkeys shot at about 20 yards with No. 5 lead and copper-plated pellets during the 2018 South Carolina wild turkey season. The wild turkeys were shot in the head to humanely kill the birds and shot again in the breast area to simulate pellets that incidentally entered the breast from the initial head shot. All analyses were conducted under the premise of a single pellet in each breast meat sample.

“Hunters typically use copper-coated pellets to improve shooting performance,” Tisdale said. “We wanted to determine if it also could reduce lead contamination in the breast meat when compared to lead pellets. We also wanted to see if there are any potential contamination risks to humans who consume the wild turkey meat.”

Tisdale planned on comparing contamination differences between ammunition types and determining if the lead contamination spread beyond the wound channel into other parts of the turkey breast. One other parameter that was measured was the amount of metal that transferred to the breast meat from copper-plated shot samples as high copper concentrations can be a health concern just as lead contamination.

THE MEAT OF THE MATTER 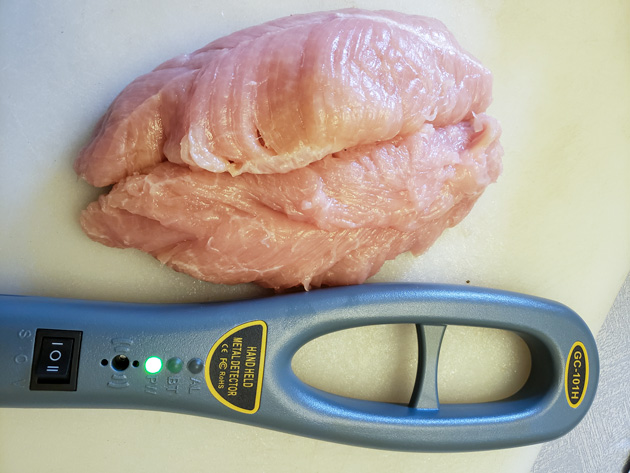 Copper-plated shot is chosen more for its improved flight characteristics and not necessarily for its ability to contain the lead pellet at its core. As far as reducing the amount of lead transferred to the meat, the research team found no significant differences in lead contamination between the two types of ammunition. The copper coating did not prevent the lead core from contaminating the meat when compared to standard lead pellets. The researchers also found that none of the samples collected in this study exceeded the reference consumption limit for copper (700 micrograms/day for the average adult), suggesting copper exposure from residue of copper-plated ammunition was not an issue for consumers.

Since there were no significant differences between standard lead pellets and copper-plated pellets, the researchers pooled the sample data to see if there were any differences between the wound channel meat, the adjacent meat and the reference meat samples. The analysis revealed that lead contamination was largely confined to the wound channel. In fact, none of the samples collected outside the wound channel exceeded consumption limits set by the Food and Drug Administration and Centers for Disease Control for adults (12.5 micrograms/day), and only 2.2% of samples (1 of 46) collected immediately adjacent to the wound channel exceeded the daily consumption limit for children (3 micrograms/day).