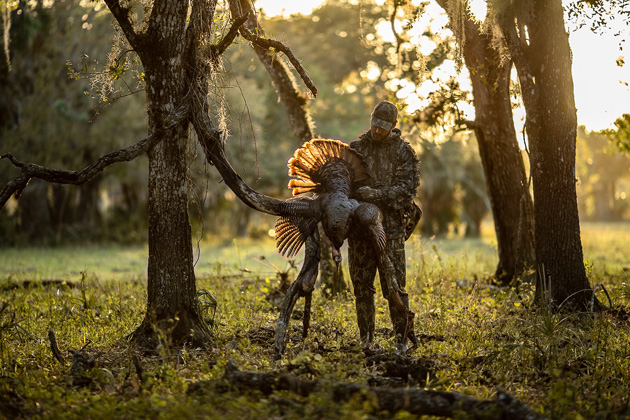 “In the beginning, the man talks about it. He tells you one morning over breakfast, ‘I have found one I can spend the season with.’ Two or three days later he will tell you, ‘He whipped my ass again,’ and he says it with admiration.’” — Tom Kelly, Tenth Legion

Leave it to Col. Kelly to capture one of the most charming, unique elements of turkey hunting, and to do so with his usual insightful and plainspoken eloquence. For, indeed, a failed engagement with a wild turkey inspires something beyond frustration or disappointment. At some mysterious, almost wistful level, a failed engagement further endears you to meleagris gallopavo and causes you to admire and appreciate him, often to a more profound degree than when you actually pull the trigger. The 2020 spring season in Missouri serves as a singular example of this intriguing premise.

The Turkeys Are Winning 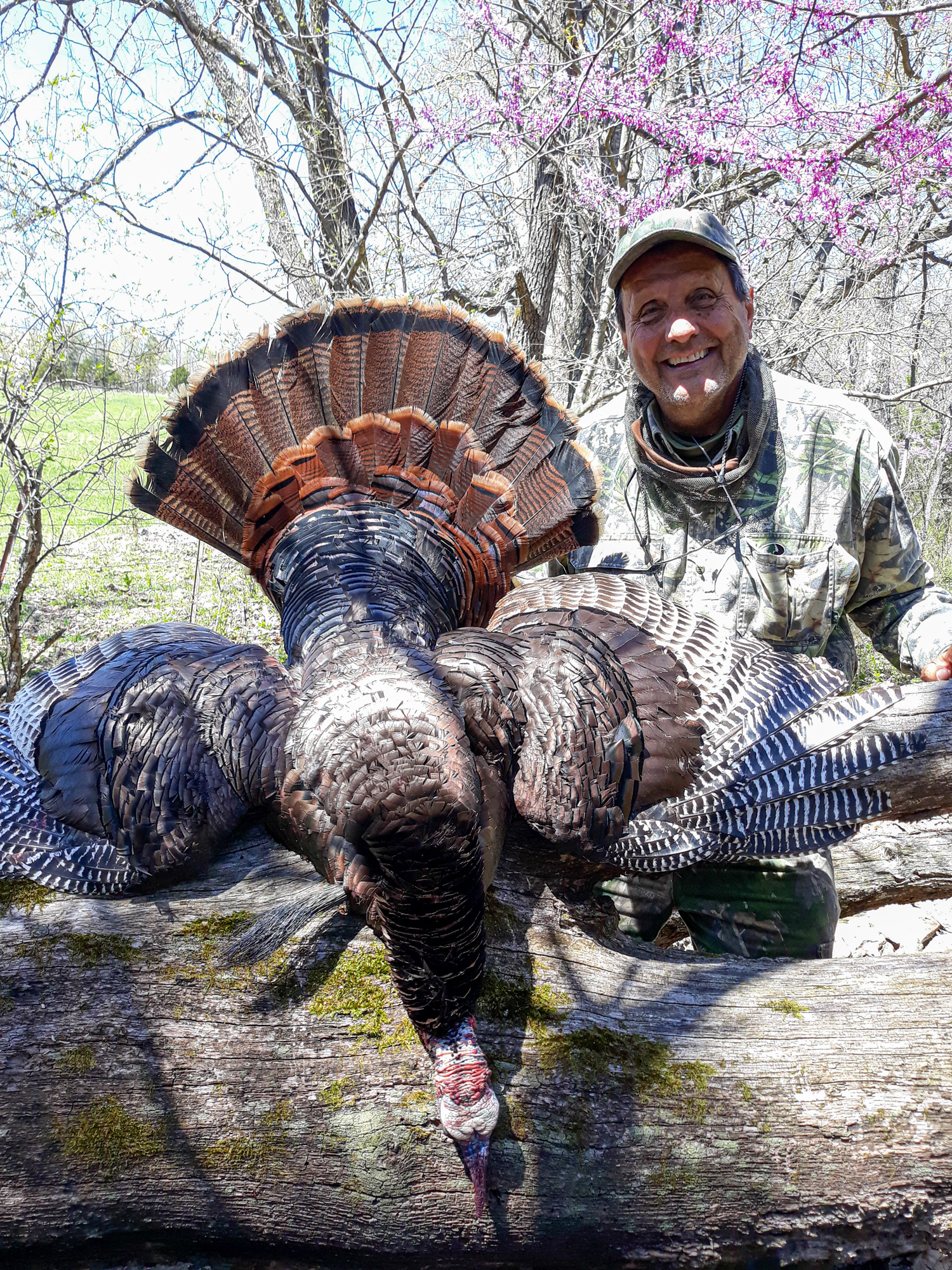 We had scouted the field for two and a half days before the opener. When I say scouted, I mean listening at dawn and watching from a safe distance for hours each day. As much as you can pattern a gobbler, I felt like we had this one figured. I even thought that I had the right set up in mind. Foolish me. After so many years of embarrassment dealing with turkeys, I should have known better.

On opening Monday, he gobbled as expected from the roost. Also, as expected, I could hear his hens answering him with their lewd invitations. None of this surprised or discouraged me. My feeling, based on the intelligence gathered the last few days, was that he would eventually end up where I was hidden to inspect my carefully arranged decoy spread. Because he was with hens, I had decided to use a jake in my set to inspire some jealousy or aggression.

He showed up at 9:30 a.m., just over a crest at about 75 yards. He had answered my yelping and when I saw him, I was so sure of things that I pulled the hammer back on my 10-gauge shotgun. Again, foolish me. He stopped abruptly and went from a half strut to a periscope, head up, examination pose, looking hard at the jake decoy. I have seen that pose enough to know that things were not sure at all. After a few motionless minutes, he folded his wings behind his back and simply left. I did not hear or see him again after his departure.

Still believing, I set up in the same place on Tuesday morning. I made one change, removing the male from my spread, guessing by his behavior yesterday that he was not in the mood for confrontation. I was feeling déjà vu when he appeared over the same crest at 9 a.m. at the same 75 yards. This time, though, he eye-balled my hens and kept walking. Pausing at 65 yards, he began to display. I cocked my 10 gauge and was thinking positive thoughts.

From the east, as I watched in helpless futility, four silent hens materialized at 100 yards, marching directly toward the strutting tom. They got to him in a blink and it was over that quickly. I had a fabulous show for a while, but soon enough they wandered off to the north. I had not yet finished my melancholy review of what went wrong when I heard a gobble from the south so close that I almost jumped and ruined things. Moments later, I was holding a bird that I had no idea was in the world. The fact that this astonishing and largely unearned success was most welcome and satisfying did not change the core of my experience over the last two days, namely, that the losses were more memorable than the win.

More of the Same 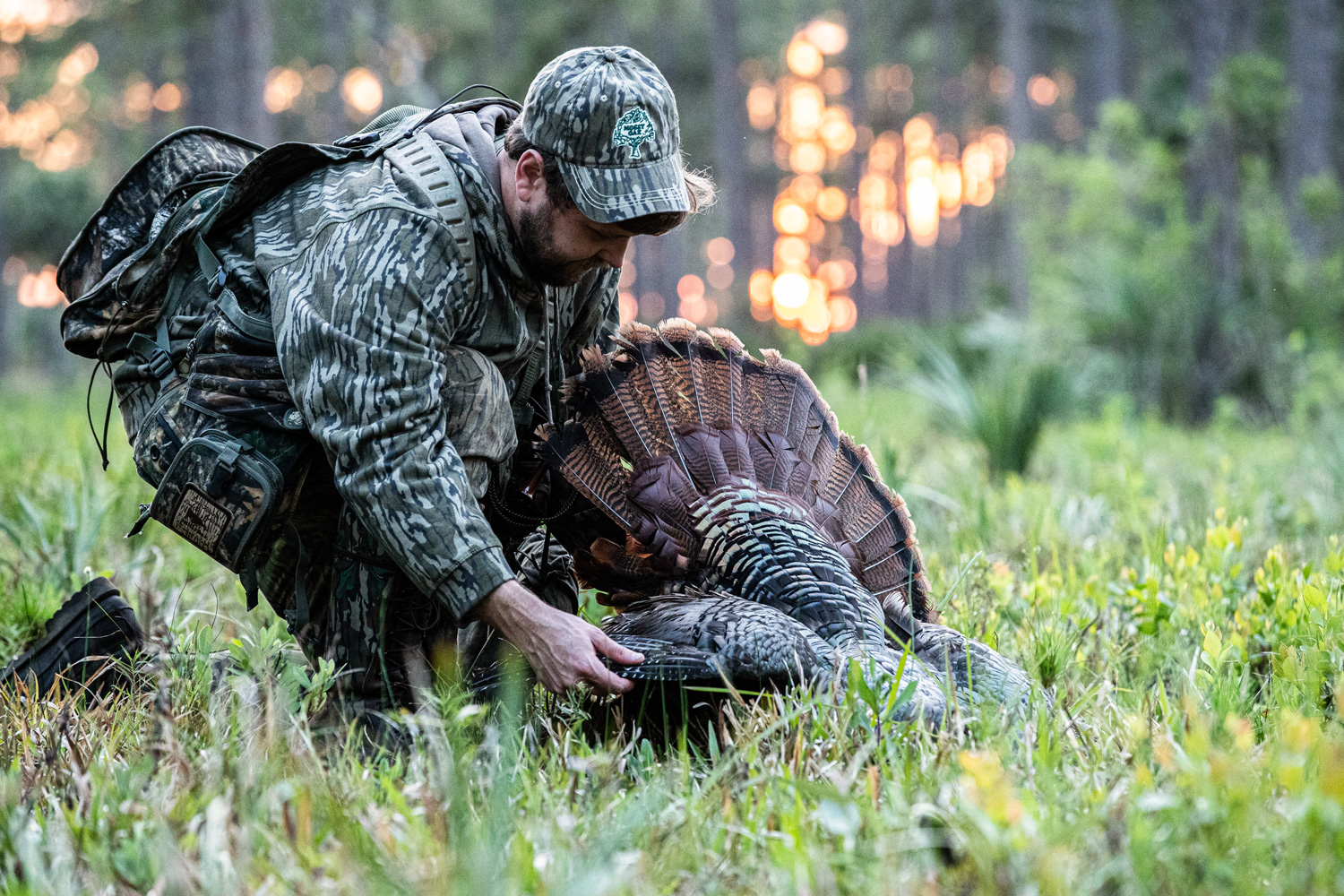 In Missouri, if you cut a tag the first week, you must wait until the following Monday to try for another bird. Naturally, this means more scouting on the weekend. Happily, our scouting was productive and we had a plan for the second opener. My friend Roger Lindsey, his grandson Carson, and I were located a half mile west of a county road on the edge of a long field where we had watched two gobblers the day before spend almost three hours in comfortable companionship. They looked so carefree on Sunday that we had abandoned skepticism. We knew they would see our decoys and present themselves for harvest on Monday morning. What did I say earlier? We should have known better? We should have. They were a no show and our meticulous planning failed to produce even a close encounter.

We tried another property at mid-morning without success. With legal hunting time ticking down, we headed to our third farm of the day. After an arduous climb to a high ridge top, we saw a gobbler crossing an opening about 200 yards ahead of us. He disappeared quickly, and we could not be certain if he had spooked. Hoping he had not, we approached and heard him gobble.

After a frenzied scramble to set up (no chairs, no cushions, no decoys), we engaged him properly. He answered us several times and was within a hundred yards. There was a little gap about 70 yards away and we thought that would be the perfect place for him to emerge and then walk down the dim road to our guns. Moments after we formed that thought, he strolled into the gap. Regrettably, to our collective dismay, he had not read the instruction where he was supposed to walk down the road to us. Instead, he stayed in that gap, just out of range and behaved as if there were an invisible shield between us. He did not step one foot closer to our position. He did, however, perform in a manner worthy of decoration and recognition of the highest sort.

For more than 15 minutes, a virtual lifetime when your heart is straining to beat itself out of your chest, he strutted and gobbled and pirouetted like a champion. Once, he even triple gobbled, looking right at us. When he left without a backward glance, I recall thinking that my legs would not be strong enough for me to stand, at least for several minutes.

On the way back to our vehicle, finished for the day, Carson heard a gobble in a deep ravine just west of the road we were walking. I yelped and he cut me off. We sat down and he interrupted my call a second time. In less than five minutes he was there and we had to still his flopping. 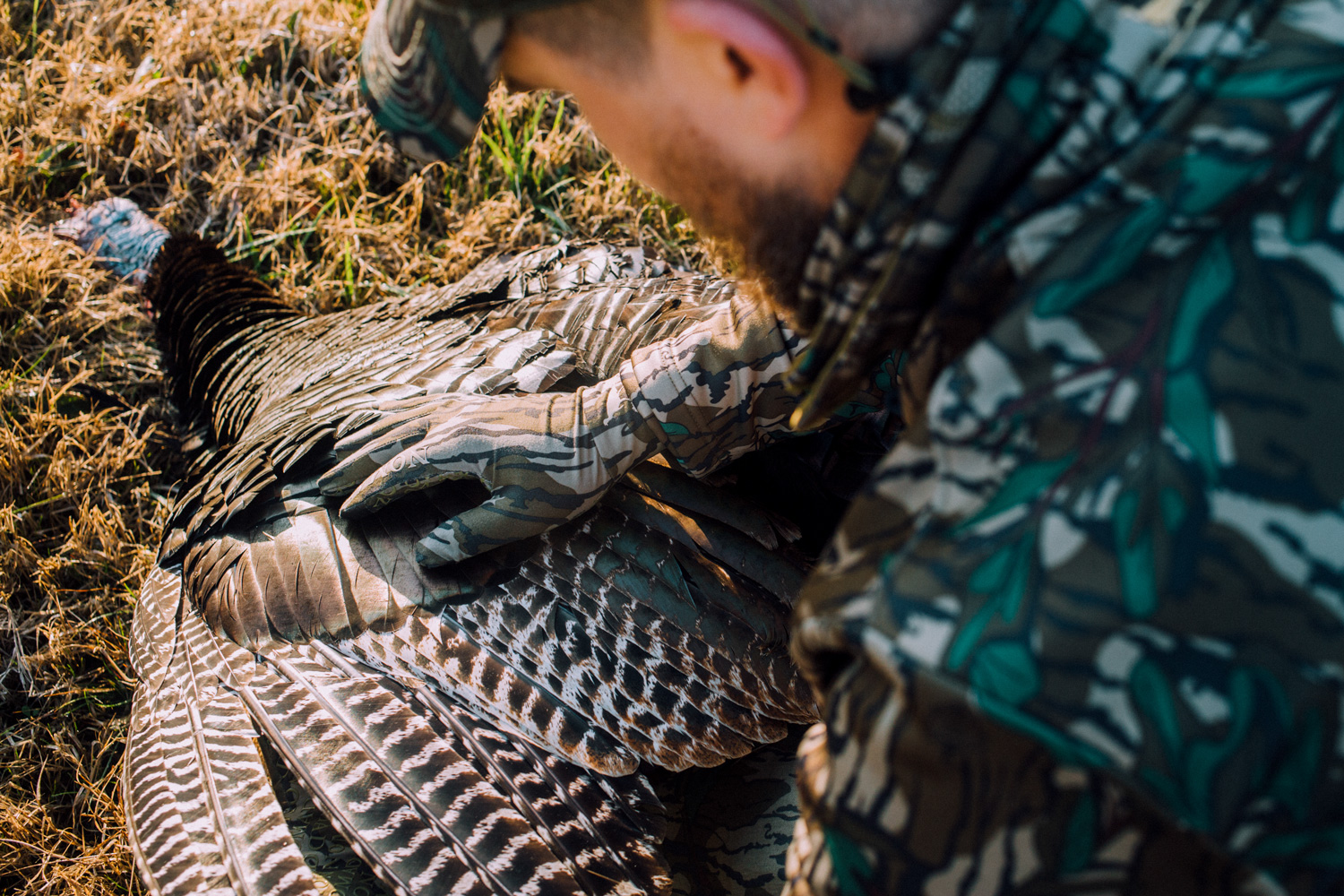 I have just described six turkey hunts (more accurately, engagements) that took place over three days in Missouri’s Ozarks. Two of the six ended with a celebration and a photo session. The other four had different endings. It was those other four that provided most of the footage for the movie that plays in my head of the 2020 spring season.

Two or three days later he will tell you, “He whipped my ass again,” and he says it with admiration.

Kelly is right. The contest between turkey and hunter creates an intimacy, a connection unique to our pursuit. We admire our quarry. Most unusual about this is the fact that the admiration is driven as much by our failures as by our successes, and that is a large part of what will keep me in the turkey woods every spring until the day I am too feeble to carry my shotgun. Lord, I pray that day is a long way off.