All Day, Man. All Day

Most of the turkeys I’ve been blessed to harvest didn’t come off the roost or late in the afternoon. Rather, they fell during the middle third of the day. There’s a reason for this, as well as a game plan to capitalize on it.

Of course, where laws and regulations allow, those who hunt all day increase their odds of success. But the tactics you use should change throughout the day. Here’s your all-day hunt game plan.

The Early Morning Hunt
Also referred to as the roost or fly-down, those who hunt the first hour or two will likely hear the best gobbling of the day. That said, unless a gobbler is roosted alone, the likelihood of killing that turkey is minimal. But there are some things you can do to improve the odds.

•    General Plan: Set up as close to the roost as possible without spooking any birds. Position yourself within range of where birds tend to land after flying down. Settle in long before daylight.
•    Calling: Use soft tree yelps to start the hunt. Slowly increase the volume as it gets more daylight. If turkeys are really fired up, consider a fly down cackle to entice a tom your way.
•    Decoying: Turkeys are generally at their most boisterous and boldest at sunrise. If it’s early in the season, consider a strutter decoy.
•    Other: If you’re in turkeys, stay put for at least a couple hours. Even turkeys that mill around or drift off could return. A silent bird might ease toward your setup, too.

The Mid-Morning Hunt
As the sun creeps higher, hens begin to peel away from the flock. The more of these that do, the greater your chances of killing the boss tom.

•    General Plan: Unless you intercept the entire flock, or happen to be where it’s going, it might be difficult to tag the big strutter. If you don’t have a pattern on the turkeys, try to call to a satellite tom instead.
•    Calling: The best way to kill a henned-up tom is to call to the hens. Mock the lead lady and get her fired up. She might bring the longbeard with her.
•    Decoying: Stick with the strutter decoy or position a jake and hen pair to hopefully provoke a tom.
•    Other: Now is a good time to run and gun, especially if turkeys are gobbling well. 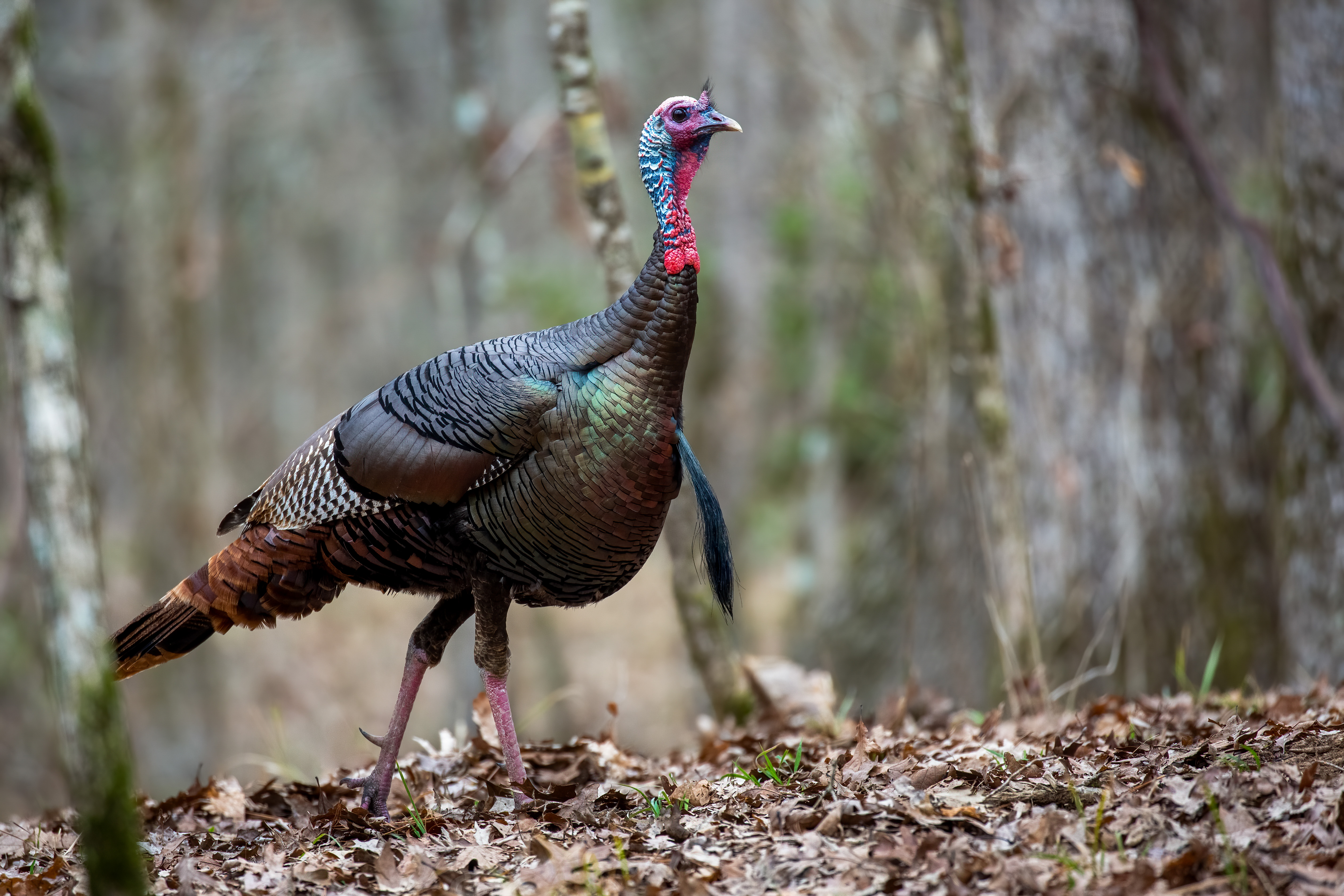 (Gobblers oftentimes lose their hens by mid-morning or lunchtime. Capitalize on that. Photo Credit: Jami Linder)

The Midday Shift
It’s getting good. While some longbeards might still be henned-up, most of them aren’t. The only exception is very early in the season when turkeys remain together virtually around the clock.

•    General Plan: You have two primary options. First, return to where you called during the morning shift and hope an interested gobbler comes back to find you. Or, get aggressive and ease along the edge of cover in search of one.
•    Calling: Regardless of the option you choose, use general yelps, clucks and purrs to spark the interest of nearby toms. If that doesn’t work, throw in some cutting amidst your yelps to light a fire in a longbeard.
•    Decoying: Given that turkeys are likely still split up, try a single hen decoy.
•    Other: Some gobblers might be along strut zones, water sources, open (breezy) timber and low-lying cool areas. 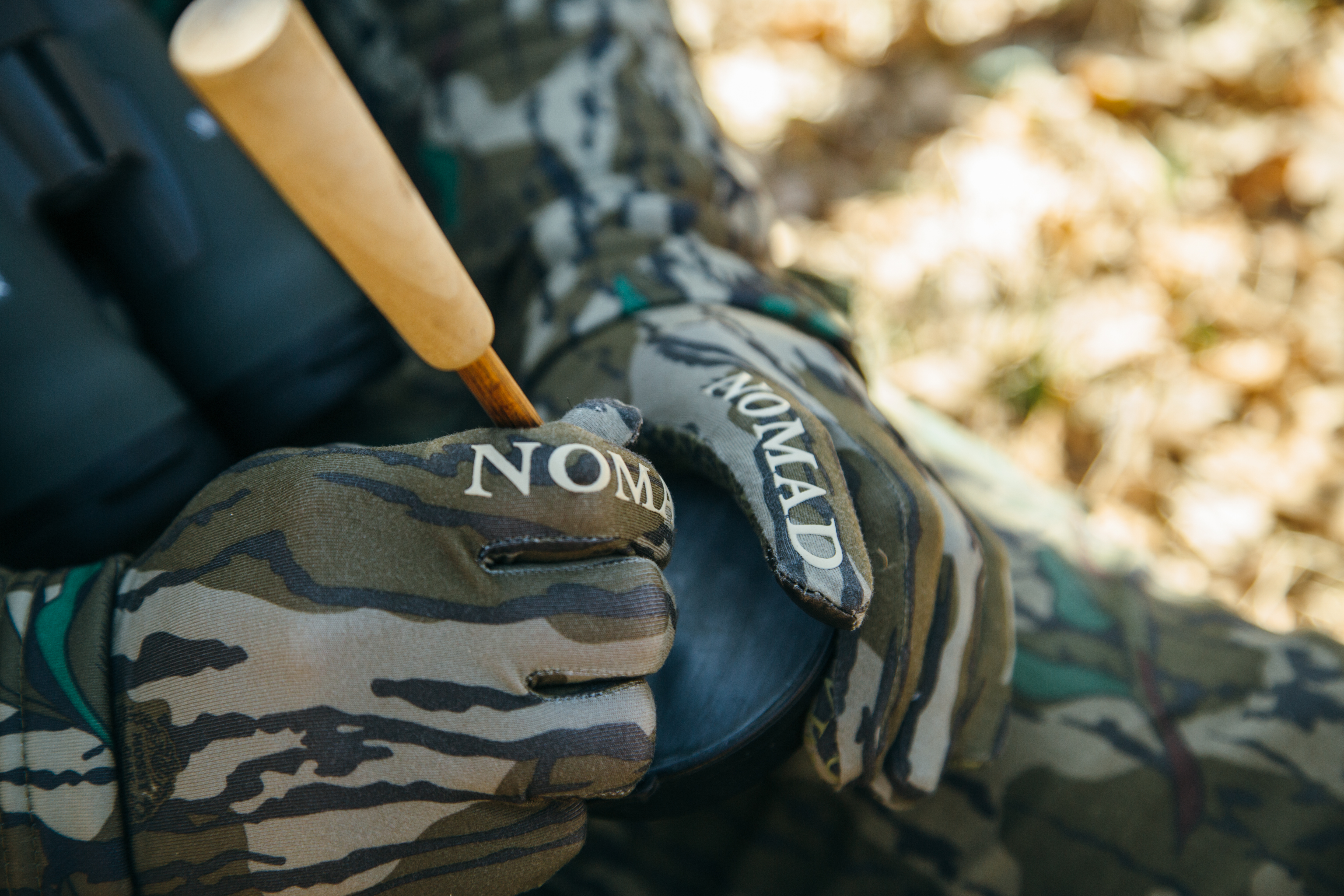 (Using the right calls for the right time of day is very important. Photo Credit: Slate and Glass)

The Mid-Afternoon Hunt
Some gobblers are still alone, but others are finding hens to regroup with. While there’s still time to find a lonely longbeard, the window is closing.

•    General Plan: If hunting a small property, camp out in the best spot with the most activity. If hunting a larger property, perhaps continue moving along slowly in hopes of hearing a gobbler.
•    Calling: Continue with the same calling tactics as during the midday shift.
•    Decoying: Use a single hen, just as you did during the midday hunt.
•    Other: As it gets later in the day, slowly begin easing back toward roost sites.

The Late Afternoon Hunt
Birds are heading back to the roost. Their day is nearing its end, and so is yours. The hunt is winding down, but it isn’t over, yet.

•    General Plan: Depending on the habits of local turkeys, they might return to the general roosting area two to three hours before fly-up time. That said, they generally don’t get close to roost trees until closer to closing time. Still, give yourself plenty of time to set up.
•    Calling: Don’t be too aggressive. You’re already where the flock wants to be. In fact, if you know gobblers are with hens, it might be better not to call at all.
•    Decoying: Place a single hen or jake and hen pair.
•    Other: You’ve hunted hard all day. Now, it’s time to relax. Stay quiet and still for the fifth and final leg of the hunt. 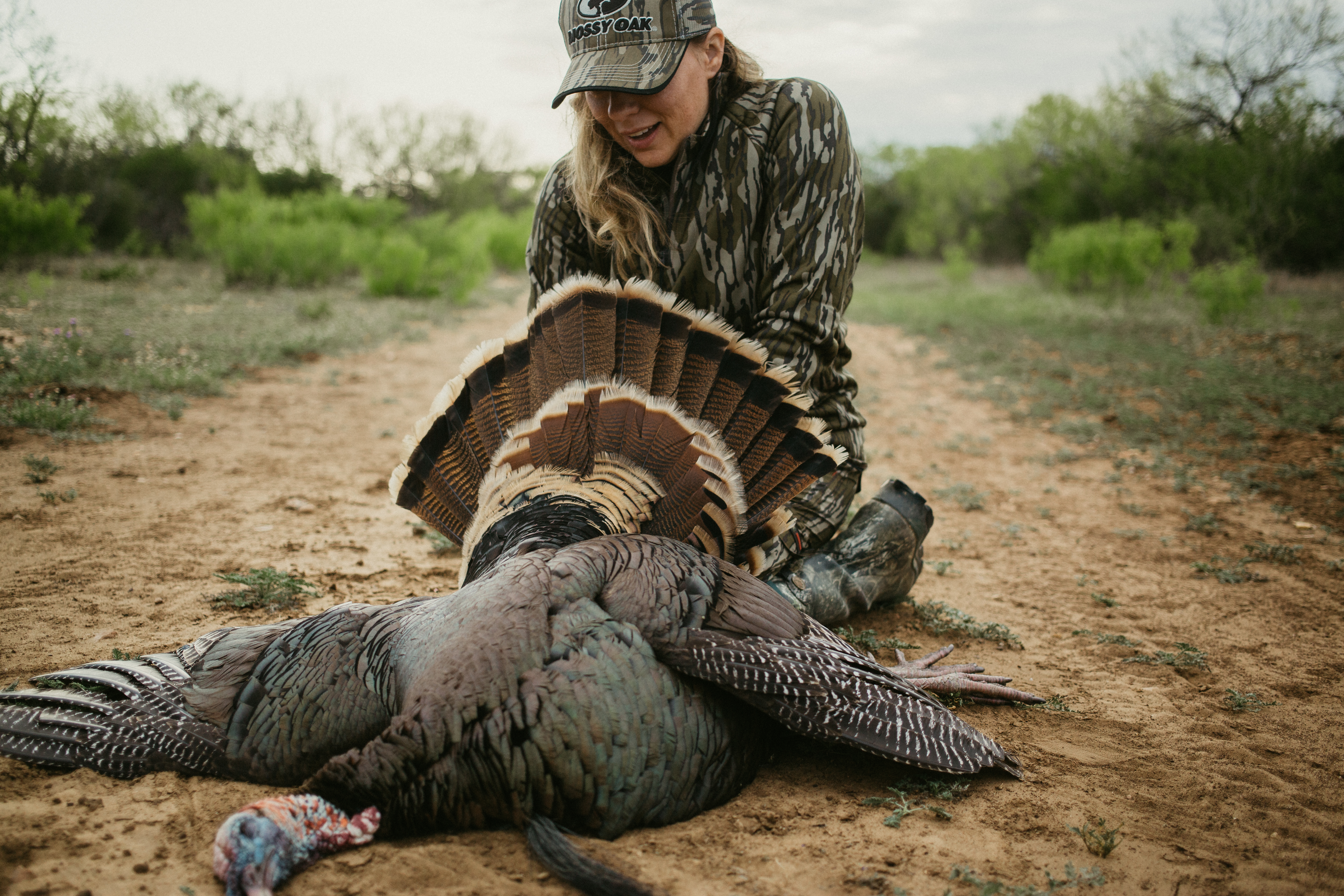 (An afternoon bird for the dinner table. Photo Credit: Slate and Glass)

While these are all good rules to go by, these are just general guidelines and starting points. It’s important to be adaptive. Have situational awareness and call audibles as necessary.