With July 4th still on our minds, we hope you had a great weekend and took some time to remember the sacrifices and courage brave men and women have demonstrated for our country and freedom for the past 244 years.

Wild turkeys are not only sought after by hunters in America today, they were beloved by the first Americans – the indigenous people of this land. Native Americans utilized their wild turkeys to the fullest, making tools out of wing bones, using feathers for a variety of uses and using wild turkey meat for nourishment, among much more .

The wild turkey is an icon for American conservation in that it reminds us of what can happen when we take too much without giving back. Like many game species, prior to the introduction of game laws and hunting regulations, the wild turkey was not thriving to say the least. The leaps and bounds the wild turkey has made since those historic lows is a sobering reminder of how important it is to steward these natural resources endowed to us as Americans.

Another a great American trait about wild turkeys is that when you improve habitat for it, you are also improving habitat for many other native (or in this case, American) species. Pollinators, white-tailed deer, mule deer, elk, quail, woodpeckers and many more –benefit from the forest improvements the NWTF targets for wild turkeys.

It is safe to say that hunting is an intrinsic part of America’s history; these forests and natural resources are owned by all of us as citizens, and we must treat them with respect for future generations. Unbeknownst to it, the wild turkey is preserving this way of life for future generations that is so fundamentally American. By supporting the NWTF, buying a wild turkey license and buying firearms and ammunition to hunt wild turkeys, you are, in turn, contributing funds that will be used in some capacity to recruit, retain and reactivate new hunters throughout the country. Click here for how the NWTF is working in the R3 movement, and click here for how Pittman-Robertson fund go towards R3. 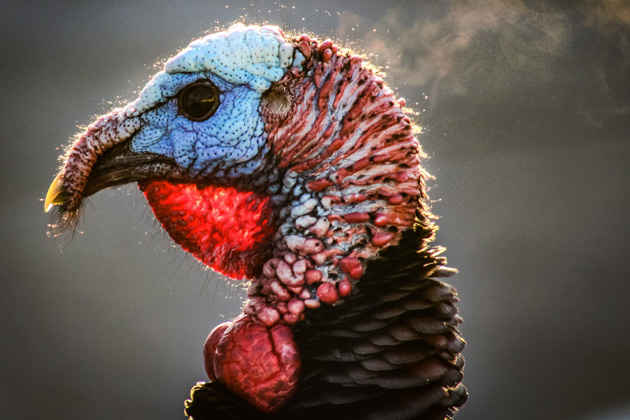