Whether you choose to hunt over turkey decoys in the spring turkey woods or not, I think most hunters can agree that watching a strutter come in and absolutely wallop a decoy adds to the excitement of a turkey hunt.

I’ve been turkey hunting for more than a decade now, and for a majority of those years, the Avian-X Jake Quarter Strut LCD (lifelike collapsible decoy) has been my go-to decoy, taking many a beat-down in the process. So, when I found out Avian-X was coming out with a new jake decoy for 2019, I was excited for the opportunity to watch how turkeys would interact with this new model.

The new jake decoy, the first product in the new HDR line, truly is a striking decoy. While HDR stands for Heavy-Duty Realism, it also could stand for high-definition realism due to the extreme detail in the hard-bodied decoy. The paint is quite lifelike, and the attention to detail continues all the way down into the legs that now feature short spurs. I haven’t toted the decoy around enough yet to see how the paint holds up to normal wear and tear, or even a good thrashing from a fired up tom, but I expect it to have the same lasting finish of the LCD models.

According to Avian-X’s website, the new decoy design features a “quarter-strut posture” and “subdominant feathers,” similar to the LCD jake quarter strut. However, the most innovative feature for this new model is the swappable heads that show either a more aggressive or a submissive posture.

While I liked the LCD series for the ability to collapse them down for easy carrying, the hard-bodied HDR design is noticeably lighter straight out of the box. In fact, it weighs in at more than a pound less than its rubber counterpart. Also, hunters who hated replacing shock cord in the two-piece stakes surely will enjoy the new one-piece carbon stake that stores in the body of the decoy.

My first hunt of the season here in South Carolina came on opening day. And, while I have yet to lure in a longbeard with this decoy — mainly due to the block of timber we were hunting being thinned just days before the opener — there is still plenty of time left this season to see how it functions in the field. 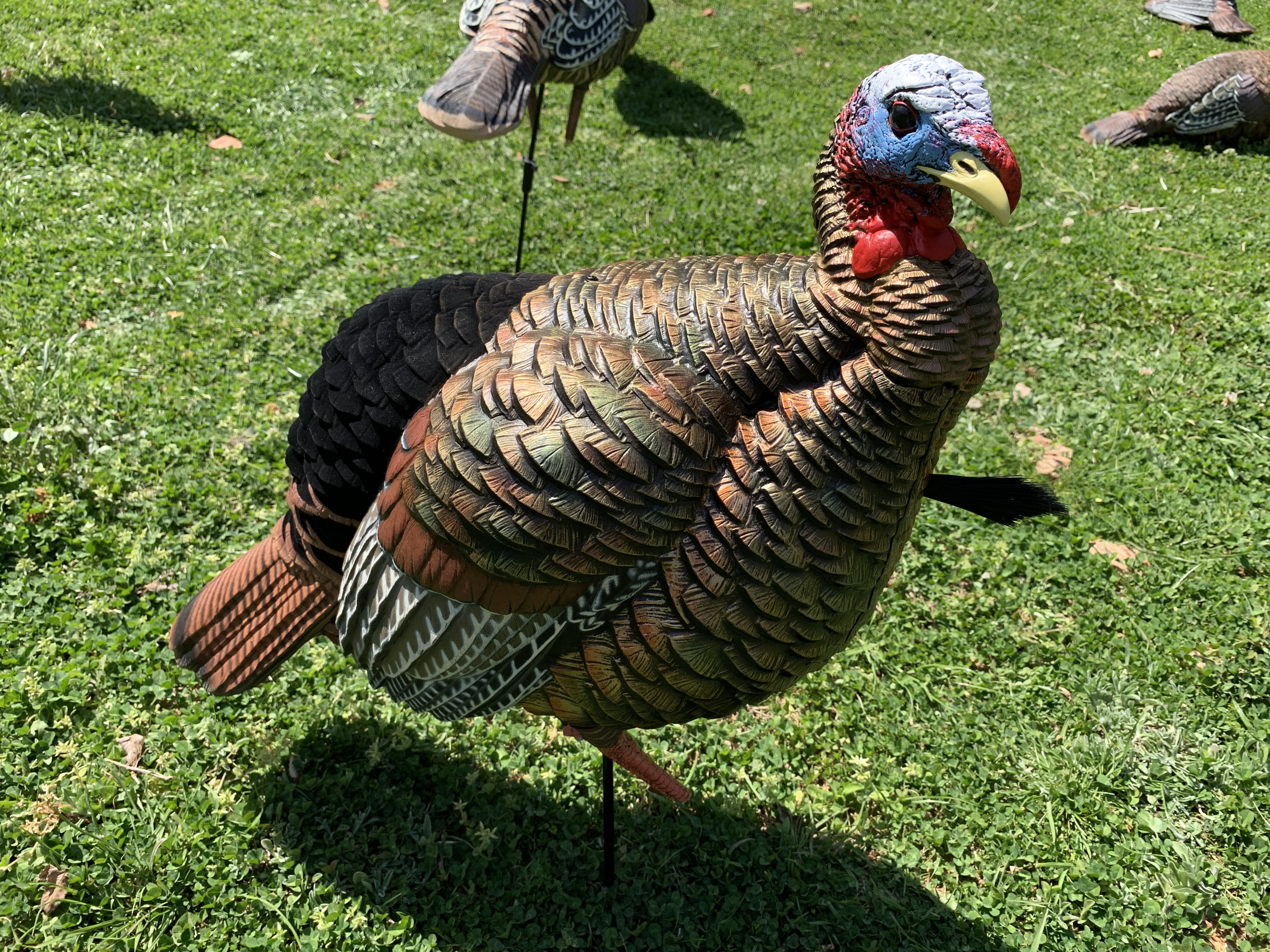 Check out the HDR Jake and other Avian-X products here.