Whether you are for or against crossbows and their use for archery hunting, there is no denying their existence dates back more than 2,500 years, and they are here to stay. There also is no denying Barnett has been in the crossbow game for nearly 60 years, pioneering many of the innovations and features seen across today’s models. So, I looked to Barnett for a crossbow and eventually picked out the 2018 Whitetail Pro STR (Step Through Riser).

At an affordable MSRP of less than $600, the Whitetail Pro STR package is complete with a crossbow, 4x32 multi-reticle scope, two bolts with field tips, quiver, rope-cocking device and all the tools to care for my new hunting “toy.”

Ease of setup and use

Straight out of the box, the scope already was mounted to the stock. And, putting the riser and stock together ran incredibly smooth, as the crossbow requires the attachment of just a single nose bolt. In fact, if I had done a better job of reading the directions to attach the quiver mount to the picatinny rail on the stock of the crossbow BEFORE securing the nose bolt, I would have saved myself some time in disassembling and reassembling after seating the quiver mount. The only other adjustment I made straight out of the box was to level off the scope. 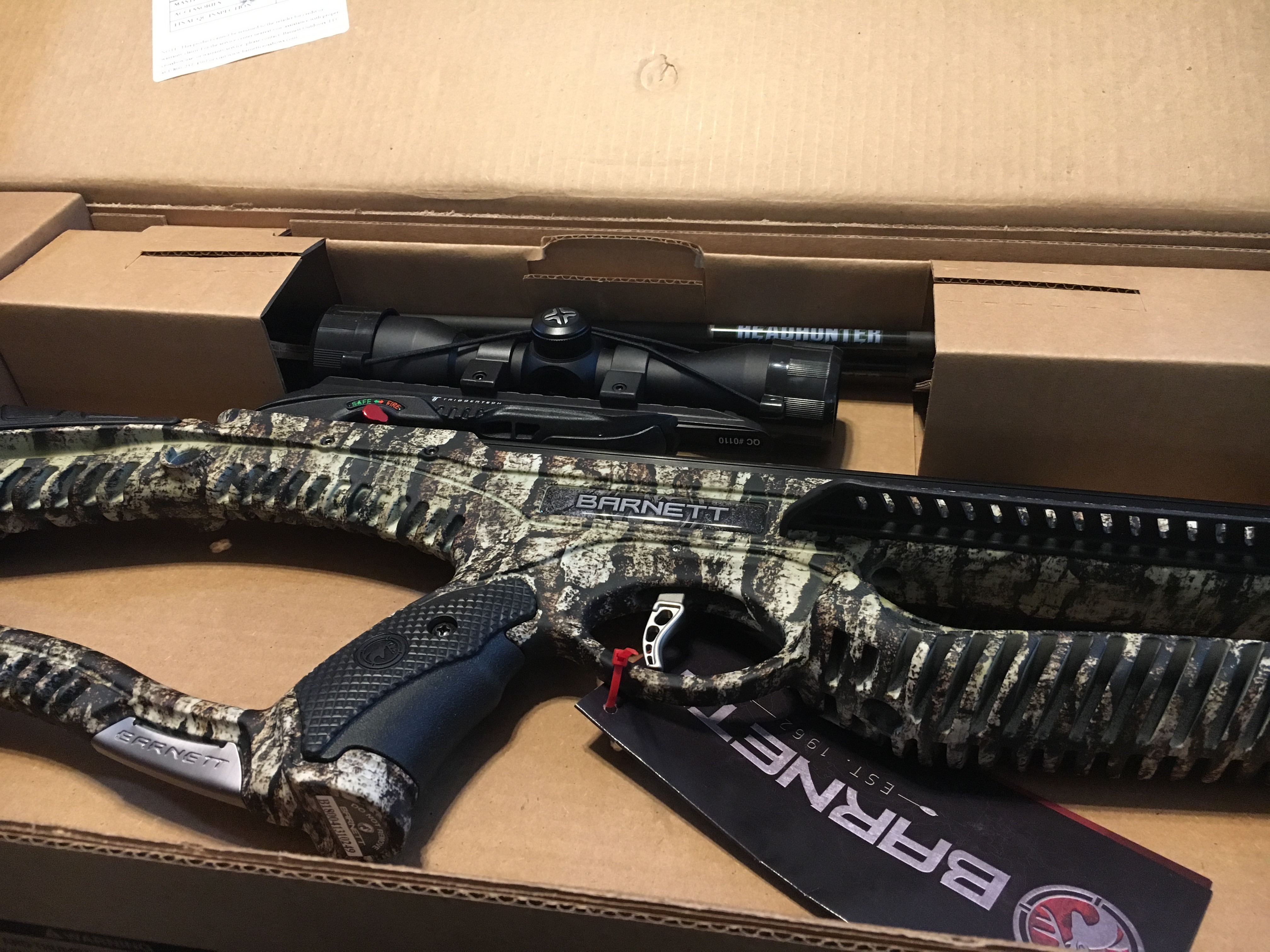 Deciding now to follow the directions, I pulled my block target in to a mere 10 yards to lessen the chance of losing my first bolt, and gave the bow its first draw. The rope cocking device made loading the 165-pound-draw bow a breeze. But, if I was so inclined, the stock allows for the addition of Barnett’s crank cocking device.

I loaded my first bolt, pulled the trigger and hit foam just a bit high and left of center. The trigger pull was effortless at just 3 pounds, and the arrow absolutely screamed out of the bow. A few adjustments to the scope and I was hammering the bullseye at 20 yards. If I had any complaints at all, it was that I had to keep walking downrange and pulling arrows after just two shots.

Dialing it all in

Included in the scope’s instructions are suggested ranges for the 4x32 multi-reticle scope. With the Whitetail Pro STR rated at 400 fps, Barnett says the six aim points should roughly equal distances of 20, 30, 40, 50, 60 and 70 yards. Still, they suggest getting to the range to ensure you know how your particular bow shoots.

After I was fairly comfortable at 20 yards, I began bumping back the yardage. A few more minor adjustments and I was hitting the bullseye at longer distances. My first shots at 50 and 60 yards were mere inches apart with the 60-yard shot landing 2-3 inches left of the main scoring ring.

I have yet to chronograph the crossbow, but I assume it must be close to the 400 fps rating, because I am using each aim point as recommended by Barnett for respective distances and hitting pretty darn close to center.

Not content to hang it up yet, I took a few more shots at distances ranging from 20-40 yards and it resulted in busting a nock. Down to one bolt, I kept shooting for a bit longer simply out of pure enjoyment. 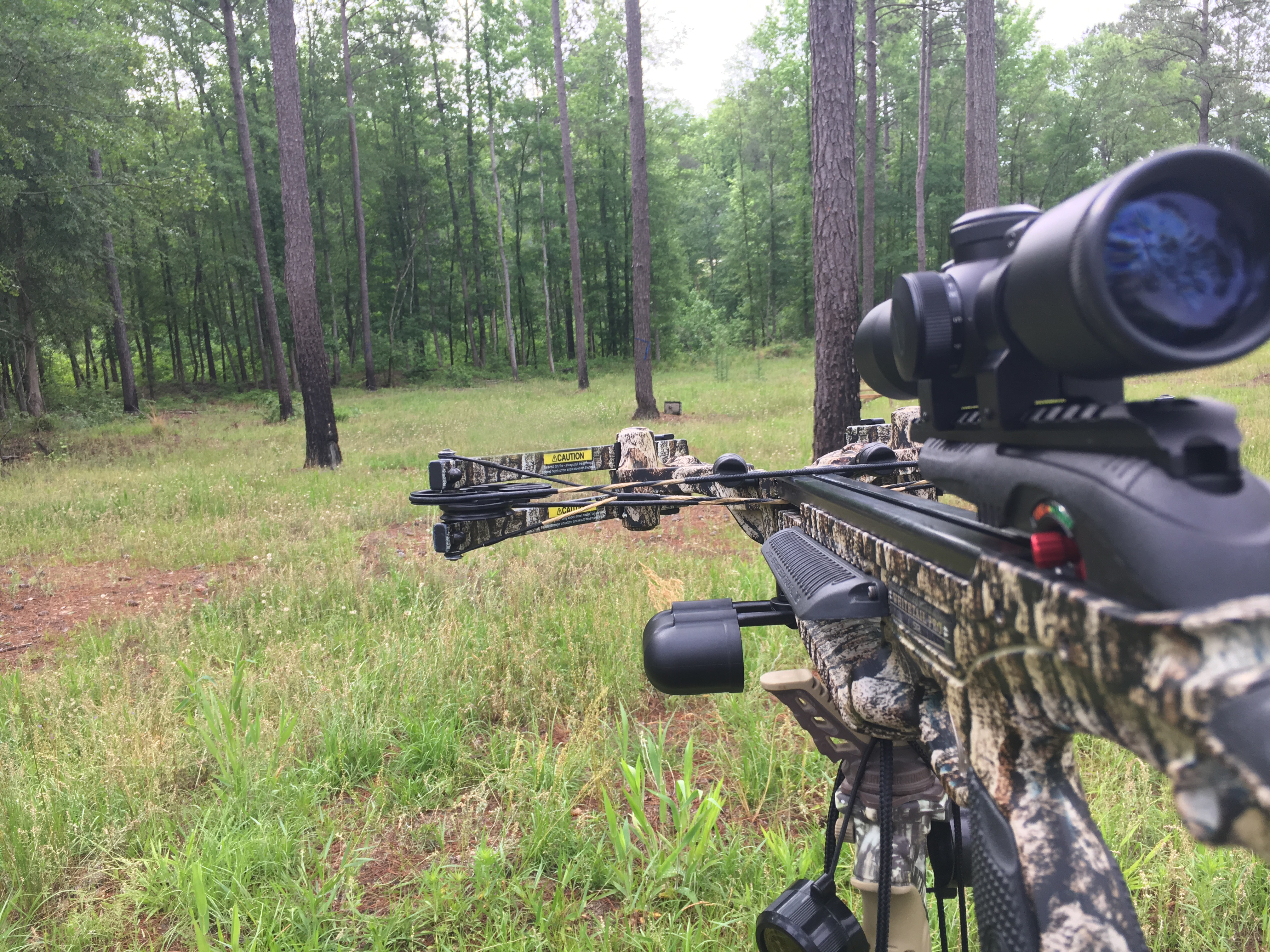 There is no doubt I am going to enjoy shooting this crossbow, but I am going to need more bolts because it is a tack driver. As for ease of use, I’d say I would feel more than comfortable going and hunting with it after spending a bit more time at the range. More practice will only make me that much more comfortable at distances above 20 and help develop muscle memory. I’ll also want to make sure I run some broadheads through it to test for similar flights.

Beyond my own use, I see this crossbow as a way to share my love of archery hunting with my kids, extended family and friends. I can put a crossbow in their hands and have them learn to use it with relative ease. The lack of recoil and noise associated with guns will be something any first-time shooter will appreciate.