“And as it is easily the king of all game birds, and as its pursuit is a peculiarly American form of sport, some account of how it is hunted … may be worth reading” — Theodore Roosevelt Jr.

A “peculiarly American form of sport.” I can think of no better way to describe the pursuit of the wild turkey. I, like everyone reading this column, view the spring turkey season as the culmination of all my preparation and patience, where the night before the season is often sleepless as I wait for sunrise. While the conclusion of all that preparation is the joy we take in the hunting experience and hearing that first gobble of the morning, one of the most common questions we all ask and get asked is, ‘Were you successful?’ Harvest, while never the first thing a hunter thinks about as the sun creeps through the treetops on opening morning, is always on our minds. So, I wanted to share some of the scientific details on wild turkey harvest, and how harvest data is and can be used to support wild turkey conservation. 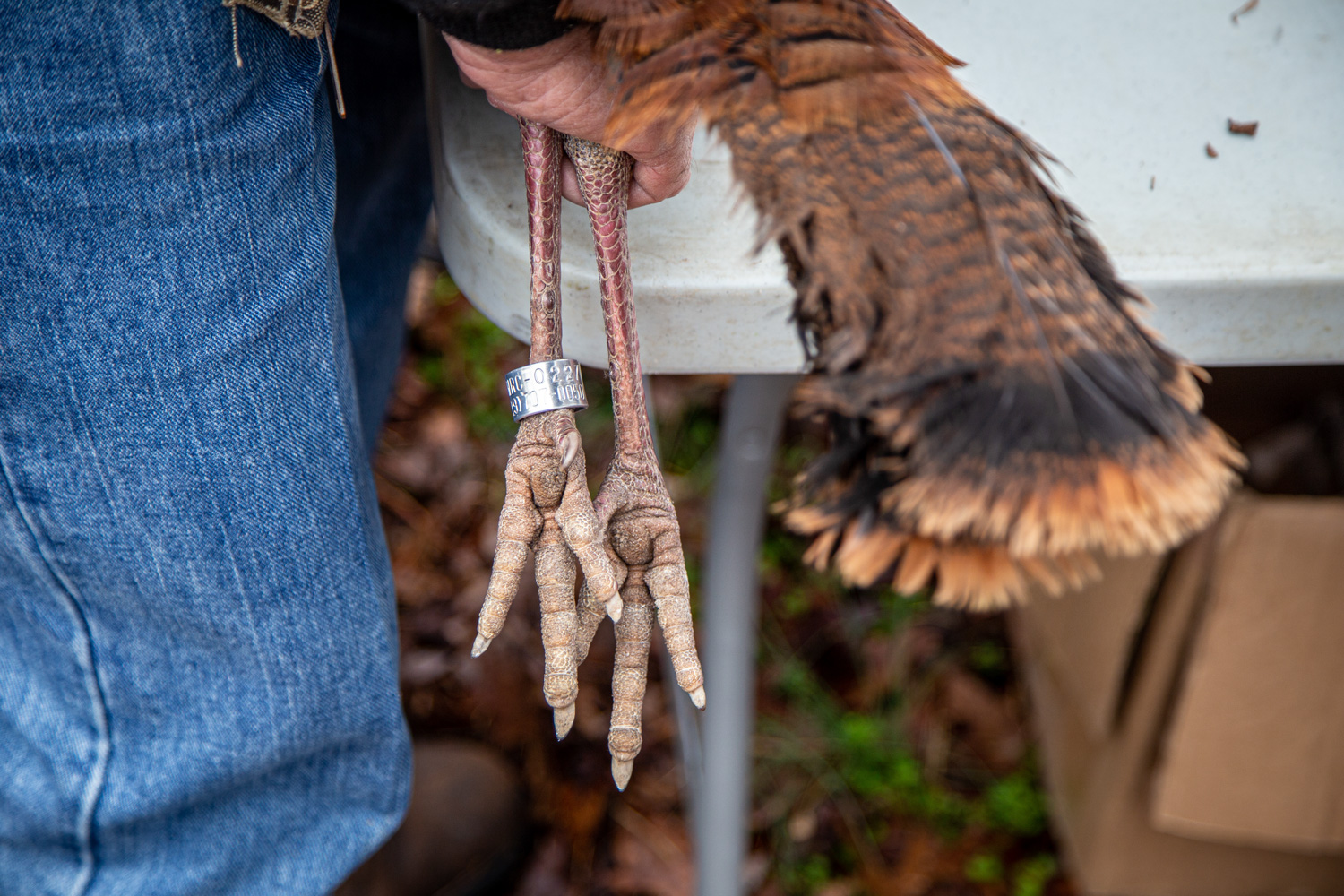 When turkey hunters hit the woods every year, they immediately become an integral part of the scientific data used to manage wild turkey hunting. Information gathered from hunters, such as number of days hunted, number of gobbles heard, number of turkeys seen, and, of course, number of turkeys harvested represents important data used by state wildlife agency biologists to inform and adjust wild turkey regulations. More data is always better, as it helps to separate the signal from the noise, and for many states, hunter harvest information has often been collected each year, often for decades, which provides insight into basic information on wild turkey harvests at the county, regional and state level. Additionally, with the success of online check-in programs in many states across the U.S., wild turkey managers can continually monitor hunter activity and harvests during the season in almost real time, watching how day-to-day changes in things like environment (such as the rainy days my state of Louisiana saw during most of turkey season this year) impact harvest.

One of the most difficult issues that the turkey management community addresses each year is how to balance expectations of the wild turkey hunter with long-term population sustainability. From a regulatory perspective, recommendations on turkey season lengths, timing and bag limits are based on data collected via annual monitoring programs. For example, annual male (and female) wild turkey harvests are predominantly reported as the number of individuals harvested each year. However, that metric, while useful for monitoring long-term trends in harvest based on hunter efforts, requires additional information to be cleanly linked to changes in populations. This link is called the harvest rate, or the rate at which individuals are removed from the total population during any given year. Unfortunately, we can’t accurately estimate harvest rates from harvest data alone without some strong assumptions being made, because we do not know what the true turkey population size is. So, managers often use band recovery studies to estimate the rate of harvest, or, how many individual gobblers uniquely marked with leg bands or telemetry tags are harvested each year. By having a marked subpopulation on the landscape each year, managers can see if rates of harvest are increasing, decreasing or stable over time, and they use that information in the decision-making process. But ― and here is the best part ― when managers have accurate data on the number of individuals harvested each year by hunters, and they combine those data with estimates of the rate at which turkey harvests occur, then they can use those numbers to estimate the pre-hunting season population size by dividing the number harvested by the harvest rate. To help with this process, it’s important for hunters to keep an eye out for leg bands on turkeys, and if you happen to harvest one, be sure to call your state turkey biologist and report it!

One thing that I think is important for the every-day turkey hunter to recognize is that the relationship between the number of turkeys harvested each spring is not a particularly accurate indicator of the size of the turkey population. Specifically, when harvest goes up, that does not mean that we suddenly have more turkeys, and when harvest goes down, that does not mean that we suddenly have less turkeys. Although changes in harvest are implicitly driven by population size, in that if you have no turkeys you cannot have harvest, changes in annual harvest numbers are primarily dependent on changes in the number of total hunters or changes in the rate at which hunters harvest turkeys. Effectively, above some minimum threshold of male wild turkey abundance being available for harvest, wild turkey harvest is uncoupled from population size.

What Should Harvest Be? 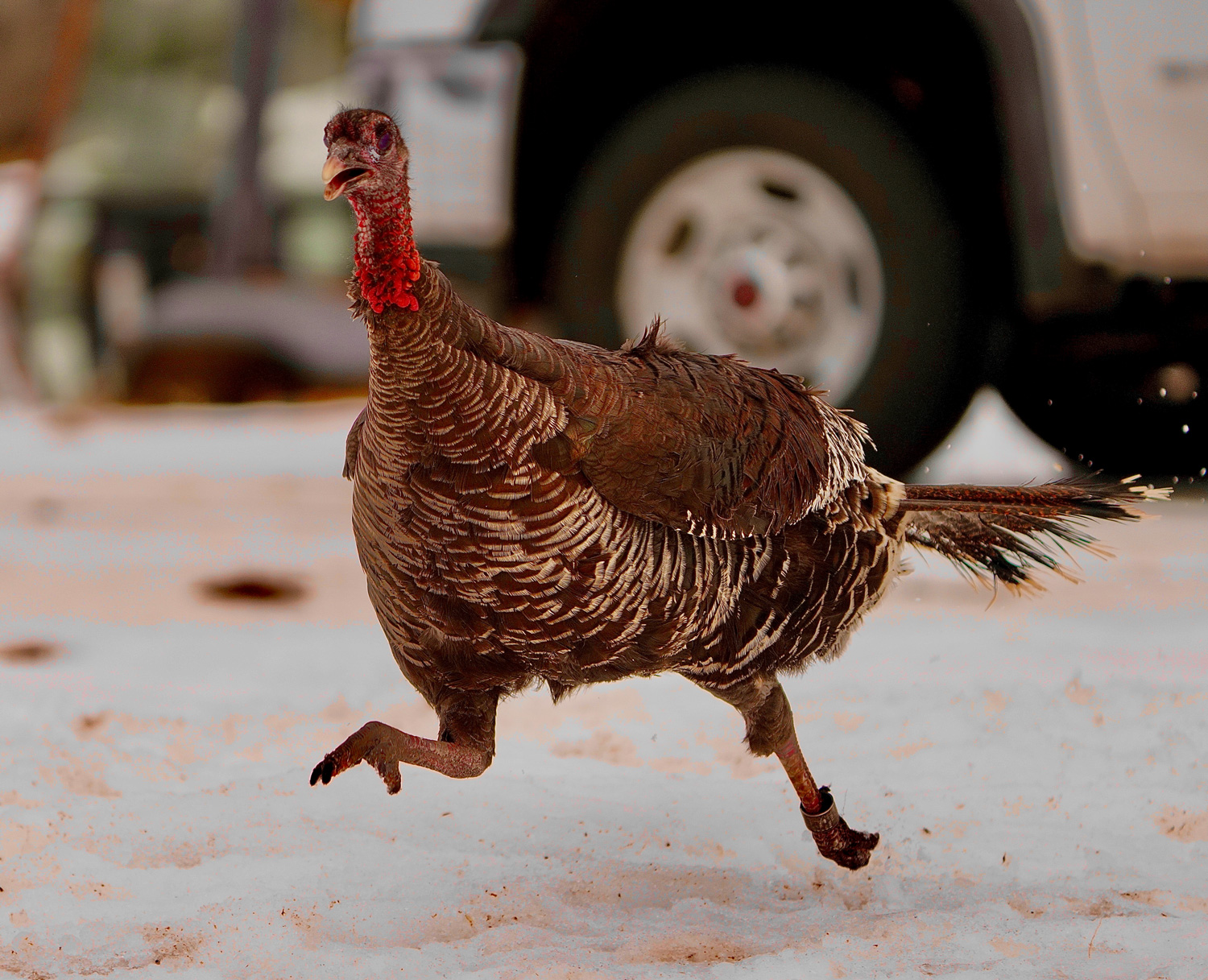 Now, this is probably the most difficult question for managers and scientists to answer. The question of what level of harvest is sustainable comes up regularly. My answer is brief: It depends. And I say that because it does. For example, during and after restoration, when wild turkey populations across the U.S. were growing rapidly, a couple of scientists said that male harvest in the spring was “practically foolproof,” and what they were suggesting was that male removals likely had no impact on population trajectory. They were probably right, at the time, that spring male harvest was foolproof, as turkey numbers were high and turkey hunter numbers (and thus harvest rates) were fairly low. However, we are all aware that some regions of the U.S. are seeing ongoing declines in wild turkey numbers, so the idea that “it depends” becomes even more true.

However, another really smart turkey scientist named Bill Healy (who, if you don’t know, you should) said in the ‘90s that the best available evidence indicated that harvest rates less than 30% for males in the spring were likely sustainable. I think that a 30% harvest rate of males over the course of a spring is likely good, with the caveat that the initial question now might need updating, perhaps to, “What should harvest be, and when should it occur?” Timing of harvest has been at the collective forefront of the wild turkey management community because the timing of seasons is important as managers want to time seasons to start after the peak of reproductive effort (usually described as average nest initiation date) has occurred. As most spring turkey harvest occurs during the first week or two of the season, managers have to balance setting season opening dates and the associated high levels of hunting activity with the need to ensure that females have access to adult males to breed, all while trying to hit a less-than-30% harvest rate target and ensure hunter opportunity — seems to me it is like trying to thread a needle with a two-by-four in the dark. Some of you will note that I did not address fall harvests directly here. I think that generally speaking, the science on fall harvests has been clear, in that fall harvests around 5% seem to have been historically sustainable during the period immediately post-restoration. However, I suspect that managers may choose to revisit the relative impacts of fall harvest in the near future given the population trends exhibited in some states that allow fall harvest opportunities to ensure that 5% is still a reasonable target.

Identifying the impacts of wild turkey harvest on population trajectories is difficult. Harvest management is complicated, as impacts, or even lack of impact, of harvest on population trajectories and thus hunter satisfaction is dependent on a variety of extrinsic factors ranging from land fragmentation and habitat changes that impacted nest success two years ago to the number of hunters hitting the woods on opening day this year. However, every turkey hunter should be proud that we play a critical role in the conservation and harvest management of the wild turkey. Harvest data that hunters provide, when combined with agency and university science, is what has and continues to support turkey conservation across the U.S.