And while many turkey hunters are content filling their tags the same way in the same location year after year, other gobbler getters have a bucket list that usually involves travel and switching things up. Below are some recommendations to add to your turkey hunting bucket list. 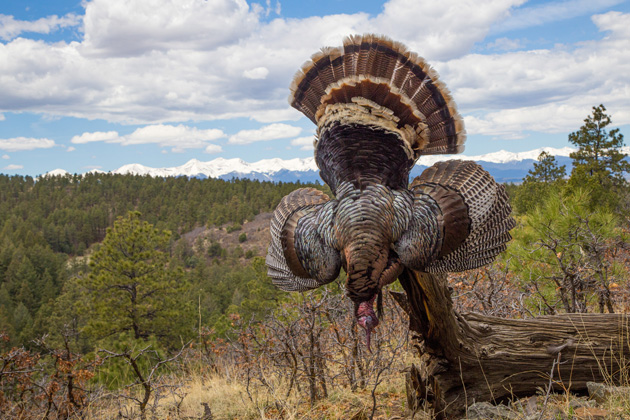 Many turkey enthusiasts pursue the various slams recognized by the NWTF. The slams take into account different regions and different subspecies of wild turkey. If you are looking for travel and adventure, add one, two or even all the slams to your bucket list. Be wary, though; it is not easy.

To acquire a Grand Slam, you’d have to shoot the four most common wild turkey subspecies: Eastern, Merriam’s, Osceola and Rio Grande. If you are lucky enough to add a Gould’s turkey, you’ll accomplish a Royal Slam. And, if you kill an Ocellated turkey in southern Mexico’s Yucatan Peninsula, you can complete a World Slam.

Make it to Canada and successfully hunt both an Eastern and a Merriam’s within Canadian borders, you’ve got a Canadian Slam. Cross the southern border and harvest a Gould’s, Rio Grande and Ocellated in Mexico — that is a Mexican Slam.

If you are trying to reach the elite few that have completed a U.S. Super Slam, you have to tag a turkey in every state except Alaska. Good luck!

Ever thought about hunting Rio Grande gobblers in paradise? In the 1960s, about 400 Texas Rio Grande turkeys arrived on the Big Island of Hawaii. Since then, the population has flourished into the thousands. Hawaii has public and private lands that offer a spring turkey season. Have fun sipping pina coladas and cooking your harvest topped with roasted pineapples. E komo mai (welcome). 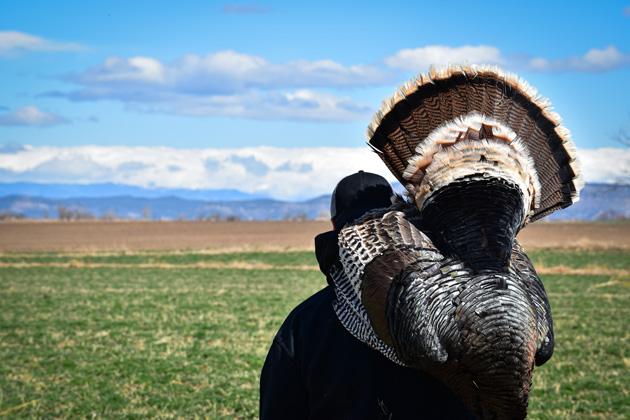 Did you finally get the big game tag you have been waiting for years to draw? Do not settle for just an elk, after you have (more than likely) waited an extended period to get a tag. If you are already going deep into the wilderness to set up camp, boost your experience by getting a gobbler tag, too. Montana, Wyoming and various other states have big game seasons that coincide with a fall turkey season. Be sure to check state regulations before you go. Imagine cooking elk back strap and turkey breast over a campfire with friends, beers and laughs. It does not get much better. 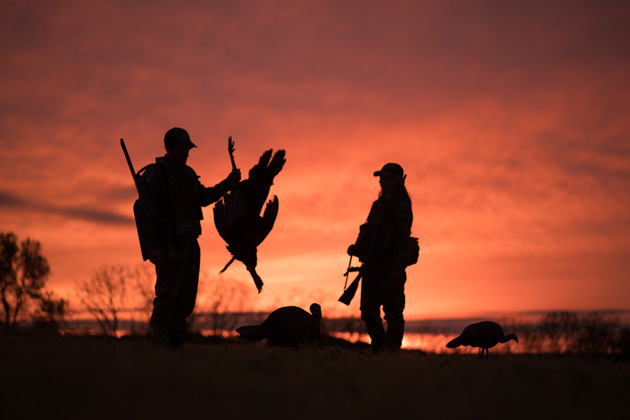 Get a Gobbler with a Bow

Diehard turkey hunters will tell you turkeys are meant to be hunted with a shotgun. While there might be some truth to this statement, there is nothing wrong with switching it up every once in a while, especially if you are looking for a new challenge.

Be sure, though, to hone your skills before taking your bow into the turkey woods. The last thing you want is to injure a turkey because you did not practice enough. Once you become proficient with a bow and arrow, you can gain an advantage because many states have seasons for bow-only turkey hunting. Beat all the gobbler getters to the punch with your new skill! Below are links highlighting some states with archery-only seasons.

Many hunters do not know there is a wild turkey population in New Zealand. As the story goes, wild turkeys arrived in New Zealand in the mid-19th century for domestication, and a large portion escaped and became a wild population.

Unlike in North America, wild turkeys are not widely pursued as game and have few natural predators. The turkeys in New Zealand have since become a nuisance, and, thus, New Zealand has an open season all year long. Want to pursue your passion on the other side of the world with picturesque backdrops? New Zealand may be calling your name.

Are none of these hunts up your alley? Is there something on your turkey hunting bucket list that we forgot to mention? Let us know!