For many futile years, I tried to call in fall flocks consisting of a mother hen and her offspring. It was not until I adopted the philosophy of “bust now, ask questions later about the makeup of a gang, did I consistently tag turkeys. Winchester, Virginia’s Jim Clay, who operates Perfection Turkey Calls, agrees with that strategy.

“Biologically, young turkeys know at least two things,” he says. “The sound of their mother hen’s voice, and, second, they instinctively understand the safety of being in a flock. So we’re not going to be able to call those turkeys away from their mama, and we’re not going to call them in if we’ve made a poor bust and they’ve all run off together or in groups of three or four.”

Clay maintains that before we can understand how to initiate a quality scatter, we have to understand which situations we shouldn’t even attempt one.

“If you have to run uphill to scatter birds or if they are within a bowl or a deep hollow, it’s best not to even try a bust,” he says. “Some of the best times to scatter a gang are when you can run down a hill or mountain toward them or if they are on a mountain flat or out in a field that borders a woodlot.

“If you see the birds scatter in singles or pairs, you have a really good chance to call a turkey back in. In fact, I’ve had successful hunts when I’ve just separated one or two birds from the main flock. Those birds are going to answer calls.”

The Best Sounds to Make?

Clay says he delays about 80 minutes before he attempts to call in a scattered gang, that is, if none of those jakes and jennies are calling to each other. The reason he waits is because he wants to mimic the same sounds they are making.

“Some young bird flocks yelp and cluck to get back together, and some do the lost call,” Clay explains. “I want to be making the same sounds they are. But if you aren’t hearing any young birds and if you’re sure you didn’t scatter old gobblers or mature hens [which demand an entirely different series of calls], start out with kee-kees and kee-kee-runs. It’s hard to go wrong with them.” 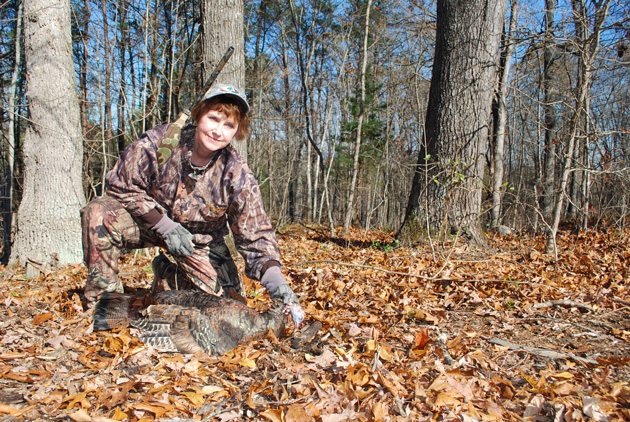