It was one of those fall days in northern California when everything went right. The weather was swell, and the turkeys were in a cooperative mood.

I was not out early, so I didn’t hear the birds fly down and come together at daybreak. However, I was familiar with their routine, and when I made some box-call yelps from an overlook at the end of the ranch road where I was parked, a hen answered immediately. I assumed she was the boss hen of the flock and was instinctively letting another turkey know where her group was.

I was on private property holding a large fall flock of adult hens, female poults and a few jakes hatched the previous spring. The adult toms were in separate smaller flocks.

You might assume that my plan was to move close, perform a scatter by running into their midst and then call them back. That was tempting, and years ago, I probably would have done that. However, I don’t run anymore on flat ground, let alone across uneven brushy terrain with a multitude of hazards to trip over. Instead, I set up in secret at a spot ahead of the turkeys and hoped they would continue their direction of travel.

To coax them along, I took out an easy-to-blow diaphragm call I reserved for such an occasion. With it, I did my best rendition of a temporarily lost young turkey by mixing a few kee-kees with juvenile yelps in what I hoped was a where-is-everybody plea. Soon, the lead hen answered back, and her vocals told me the flock was getting closer. 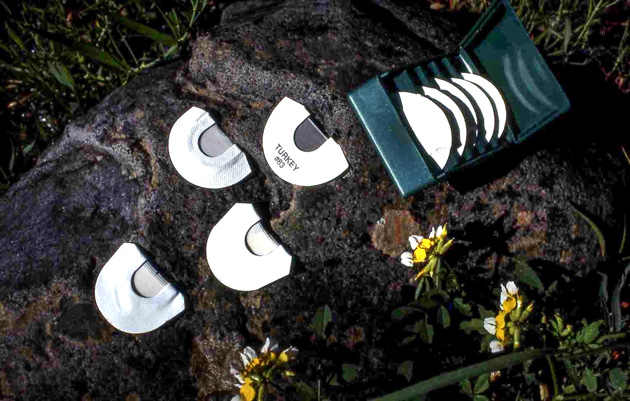 It wasn’t long before the sound of dry leaves being crunched by dozens of turkey feet announced their arrival. Moving only my eyes, I surveyed the gang to pick one out. Any turkey is fair game in fall, and when I saw a jake standing tall to one side of the group, I decided to take him home.

I believe locating a fall flock before hunting those birds is a major ingredient for success. In one location where I hunt, there are no turkeys until the first fall rains. Soon after, the birds begin to arrive and form fall flocks. I spend a lot of time scouting, and by the fall opener, I have them patterned as to where they roost and typically go during the day. Thus, I can cross paths with them often, even when weather such as wind and rain makes it difficult to hear them.

I occasionally use friction calls in fall, but the calls I rely on most are easy-to-use two- or three-reed diaphragm calls with just a touch of rasp. Before the season begins, I test several of them and set aside the ones with which I can comfortably make kee-kees and juvenile yelps. My goal is to pique the curiosity of turkeys while pretending to be a wayward member of their group. 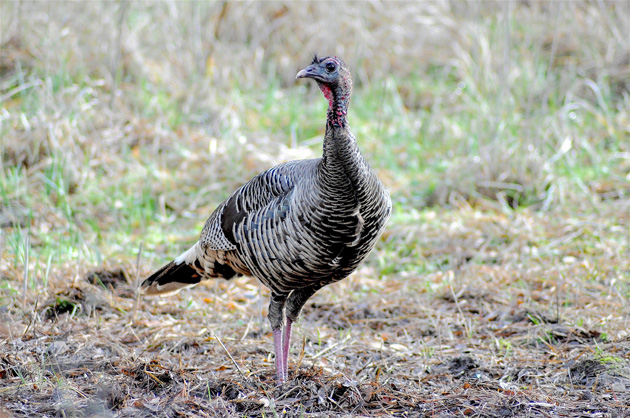 Fall hunting means different things to various folks. Some hunters shudder at the thought of taking a hen or young tom, although both sexes are fair fall game in California. My approach of locating, setting up and calling has worked for me many times, and I have nothing against putting an occasional hen or jake in the freezer or on the grill, provided I’ve fooled them fair and square.