Is there an accurate method to determine the age of a gobbler? All the hunters I know look at the spurs and judge the age by their length. I looked in my 1980s Wildlife Management book and could find no information on how to age a turkey. I shot a mature gobbler and it had no spurs or even remnants of spurs. What is the current information on accurately aging a turkey? - Mark Kanitz, via email

Most turkey hunters understand that gobblers can be accurately separated into juvenile and adult age classes by examining the primary wing feathers and the shape of the tail fan. White bars on primaries numbers nine and ten (the outermost primaries) extend to the end of the feather on adult gobblers and end an inch or so from the tip on juvenile gobblers. An even tail fan is the earmark of an adult gobbler while juveniles display two to four pairs of longer central rectrices giving the tail a “stepped up” appearance when the feathers are spread in flight or while displaying. Beyond that, things get a little variable. 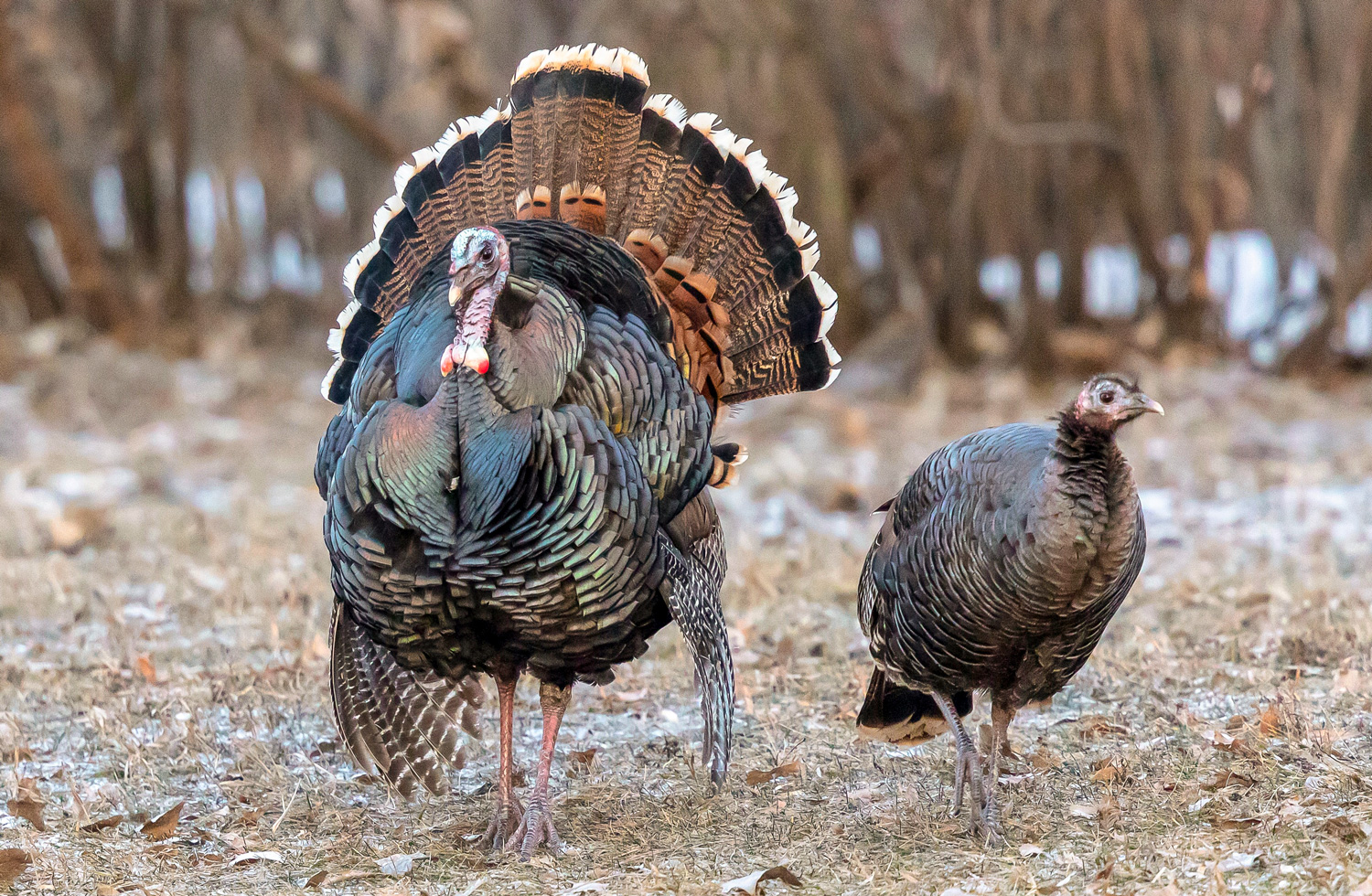 Genetics, hatch dates and habitat likely play important roles in the development of spurs, the length of which tends to be the most reliable method of gauging age. Beard length and body weight are indicators of age as well but are even less reliable than spur length. As you mentioned, some adult gobblers fail to develop spurs at all. Checking some of my banding records, I noted that only one of 845 adult gobblers had no spurs (one-tenth of 1%).

Most of the studies conducted to develop reliable ageing techniques used known-age gobblers captured and banded as juveniles and recovered as adults of different ages. Those studies measured spurs in millimeters rather than inches. Not all gobblers are created equal when it comes to growing spurs. Some criteria exist to judge the age of a gobbler based on spur length, but you must remember that there can be overlap in spur length between age classes.

The most accurate method of assessing gobbler age is a radiographic (x-ray) measure of the spur-cap apex length (the distance between the end of the spur bone and the tip of the spur cap). The spur cap is the outer layer of the spur that we typically measure. Even that method only allows a very accurate way to separate 2-year-old gobblers from older birds. Once a gobbler hits 3 years of age, there is too much variability to realistically separate age classes with radiographs. 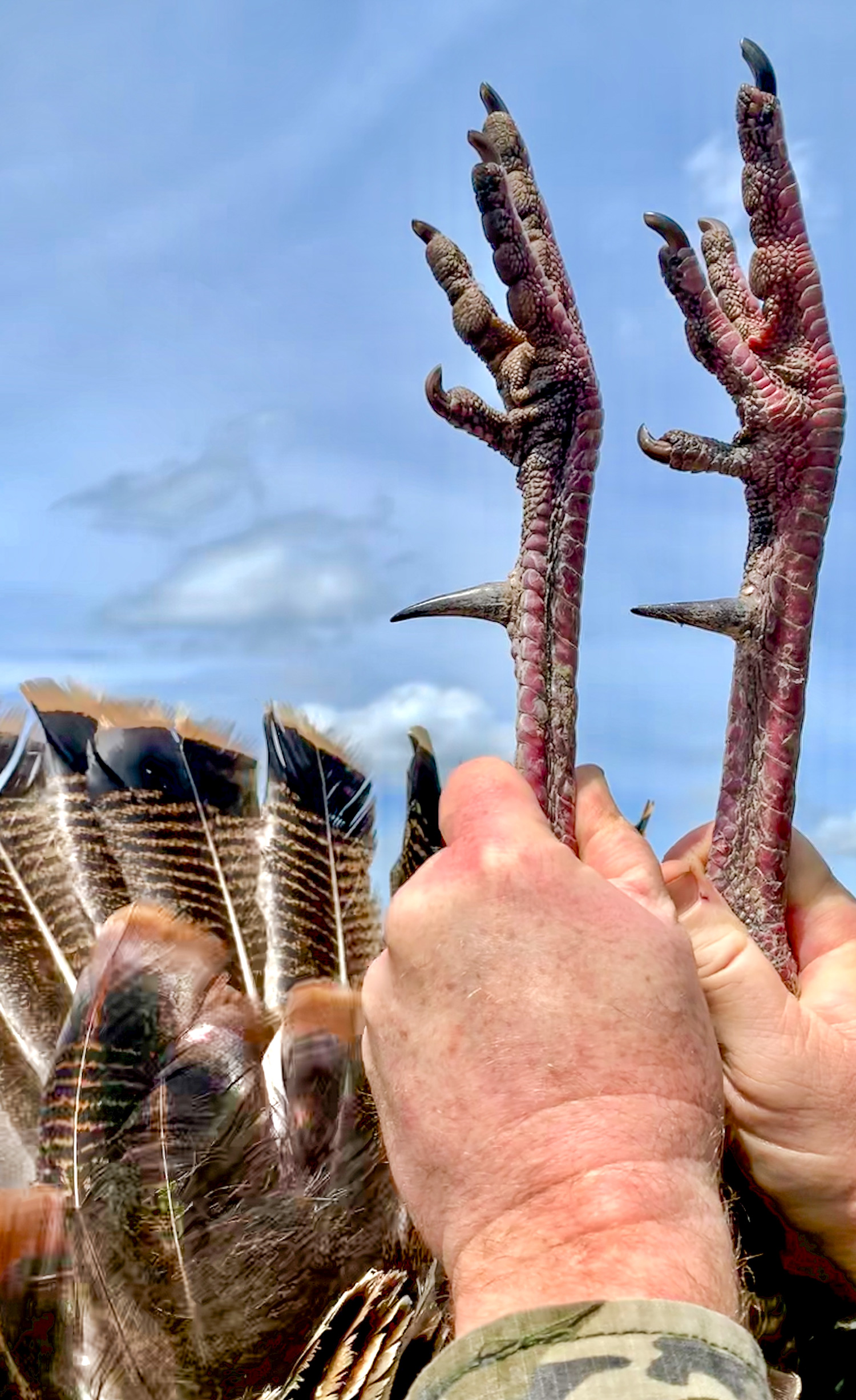 So, when it comes to absolute accuracy, there is no real way to age a gobbler without question unless the bird was banded as a juvenile. Most of the work attempting to develop accurate methods of separating gobbler age classes was conducted on the Eastern, Osceola and Rio Grande subspecies. For biologists the ability to separate 1-year-olds, 2-year-olds and 3-year-olds (and older) into three age classes is adequate to evaluate population trends and harvest rates. It would be neat to have the ability to go beyond that, but it simply would not be accurate.

For the purposes of hunter interest, biologists generally suggest using the following measurements to judge gobbler age. Gobblers with spurs one-half inch or less are juveniles, 5/8 inch up to 1 inch are 2-year-olds, 1 to 1 3/8 inches are 3-year-olds and birds with spurs greater than 1 3/8 inches are older than three years. Gobblers with longer spurs (1½ to 2 inches) probably range in age from 5 to 8 or more years.