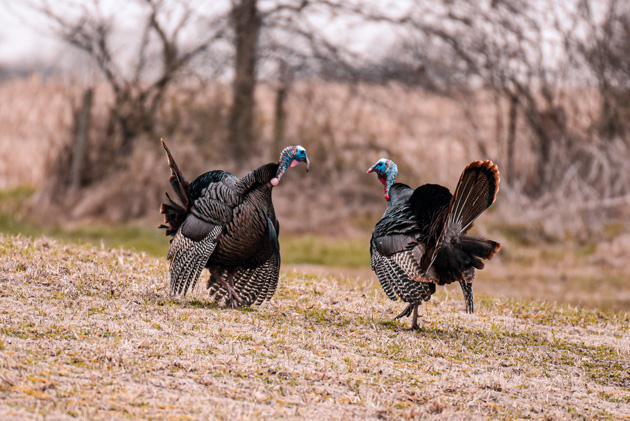 Wild turkeys develop their own chain of command each fall that can greatly influence their spring activity.

While preparing this column right before the fall semester at Louisiana State University began, I thought about the considerable time and effort my graduate students put into collecting data during the spring and summer, studying the reproductive ecology of wild turkeys. Like all students with a genuine passion for turkey science, they were pleased to be back on campus, working on data and recording results.

Thinking about work of the past year, though, I realized that we turkey researchers don’t spend a lot of time each year in the fall woods tracking turkeys, even though fall is when one of the most important set of behaviors occurs that sets the stage for next year’s reproductive activities. So, I felt a discussion of how flock sociality ― basically how turkeys interact, develop social links and learn how to live in a flock —occurs in fall and what impacts it may have on the following spring would be useful. 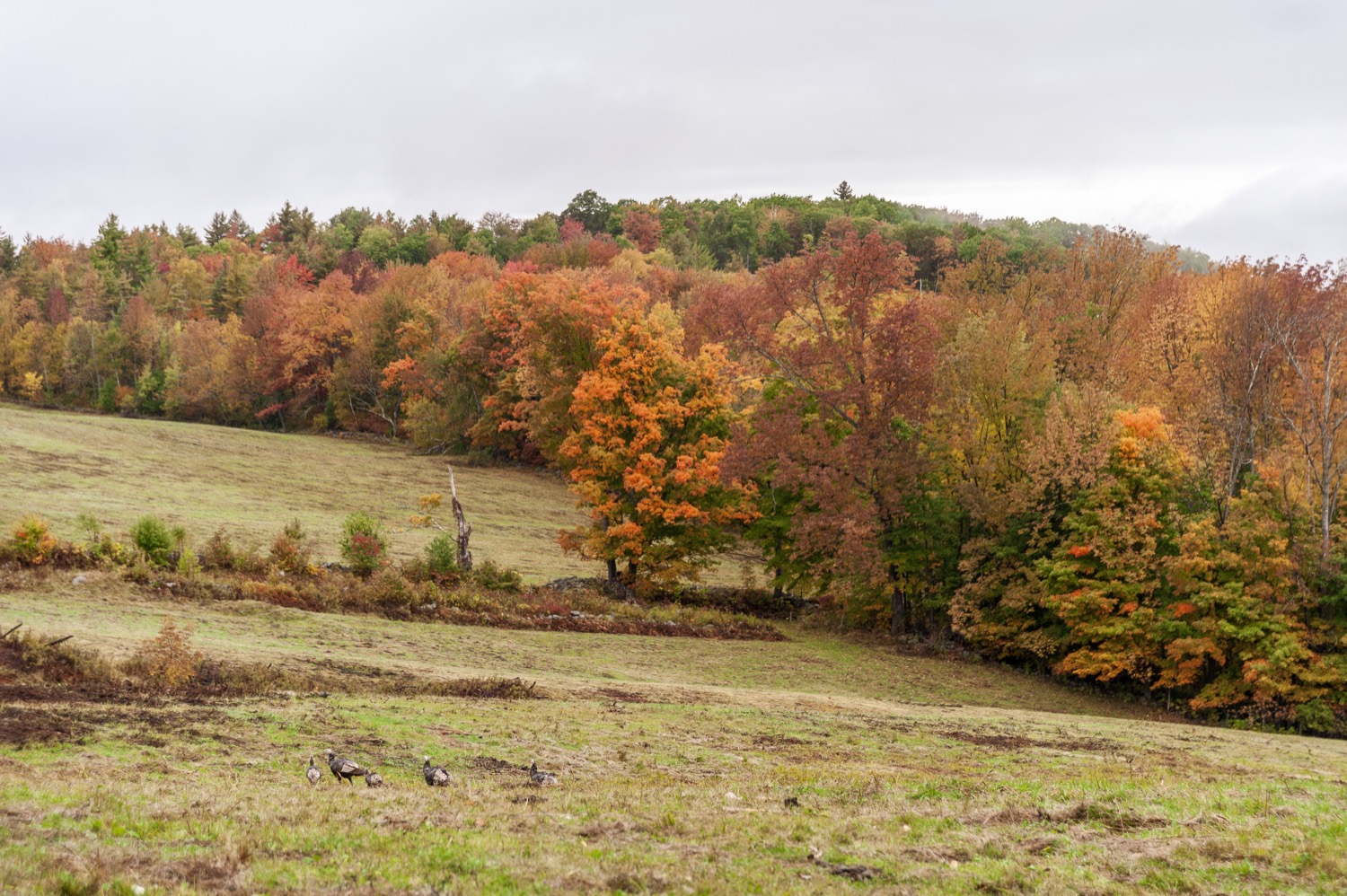 As summer wanes and the annual recruitment pulse ends, those of us who spend time afield often see groups of poults and several females traveling together during the day. Often called “brood flocks,” these poult groups represent the union of broods from multiple females. Brood flocks and brood mixing can occur as soon as three to four weeks of age. Most brood flocks, however, start to intermingle around seven to eight weeks of age. To steal a phrase, “This is when the fun begins!”

First, broods have typically developed an internal pecking order within their family group. Everyone has an order that starts with mom (who is dominant to all her offspring) all the way down the line. When broods begin mixing and integrating with other broods, the adult female hierarchy is already established, remaining in place from the previous year. The poults, though, must establish their rank within the brood flock. Every youngster shuffles for position in the social hierarchy. These social hierarchies are for life. Once a position is defined in a hierarchy, it only changes with either more fighting, or death. As such, mixed wintering flocks have a very complex social order. The males and females have separate hierarchies and pecking orders exist between all individuals within a flock. 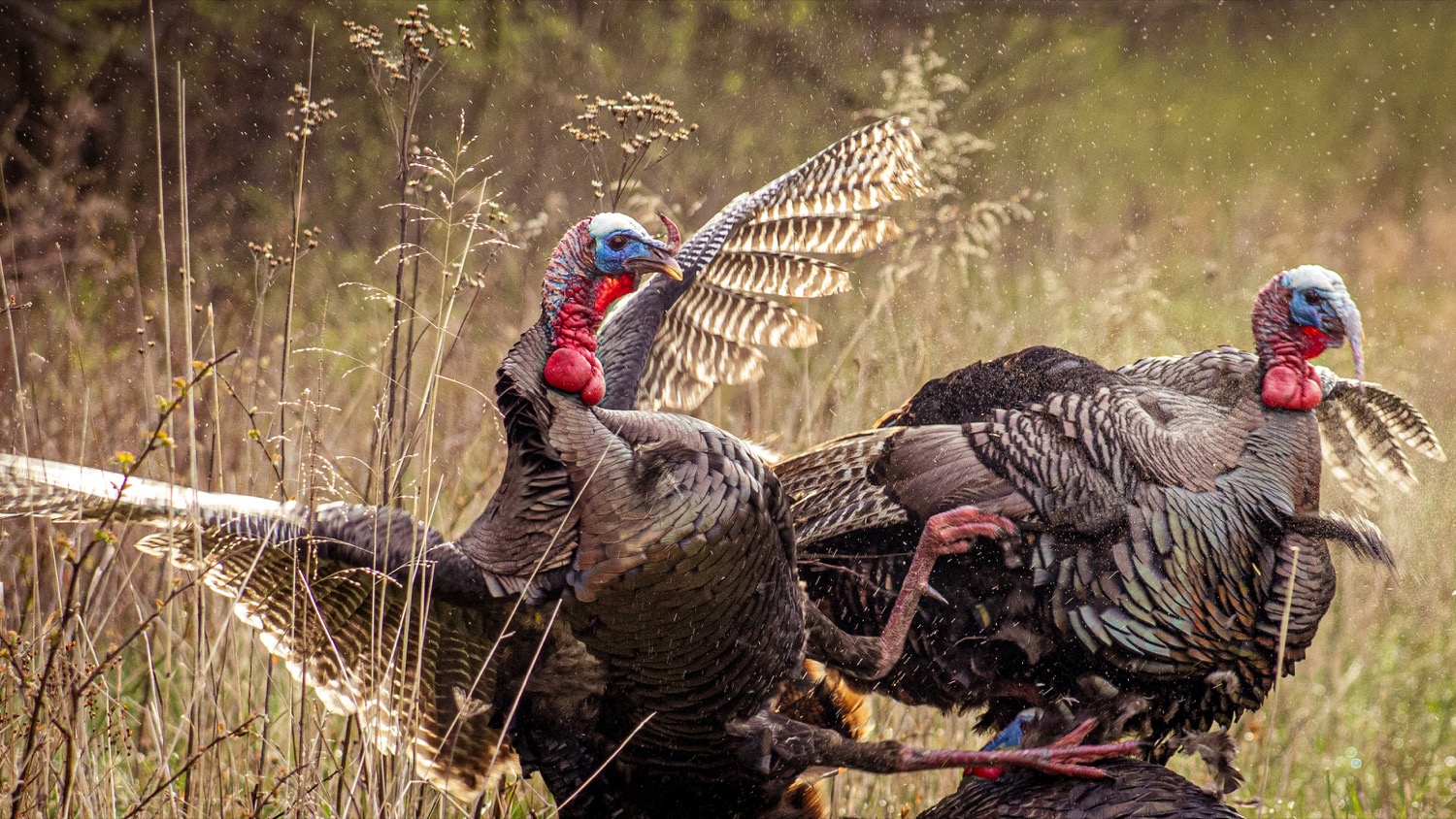 As with a wide variety of wildlife, social rank dictates access to resources, including access to reproductive activities. Where an individual wild turkey, either male or female, ranks will impact when, or even if, they might breed. Turkeys are pretty cool in this regard. Some neat research has found that sibling male groups typically fight as units against other sibling male groups, a veritable feathered West Side Story staged in the woods, all trying to establish “who’s who” well before breeding starts. Still, even if you’re a male in the dominant group, that doesn’t guarantee an opportunity to mate. Typically, females will select the dominant male and pay no attention to siblings in the group.

Thus, where mom, and dad, ranked in the social hierarchy of wild turkeys may be part of the equation, resulting in more poults hitting the ground.

Can we Link Rank and Reproduction?

Unfortunately, although we know that social rank exists in wild turkeys, identifying an individual’s rank can be difficult. It would require continued visual monitoring of multiple interactions between flocks from the brood-rearing period all the way through the reproductive season. However, there are some approaches we can use to estimate rank during the reproductive season that are likely more efficient.

First, we can look at the number of days between female wild turkeys leaving their wintering flocks to go lay eggs. That would provide some evidence of female rank, assuming the highest-ranking breed first. Next, we can use genetics on the males and females we capture in winter flocks. Genetics from the eggs from both successful and failed nests can identify the father. With these two pieces of information, we can likely identify whether earlier nesting female wild turkeys are more successful and breeding with the same males. We can also determine how many male wild turkeys are actually contributing to breeding in that area.

By combining information on the timing of female breeding with the number of active male breeders, our state wildlife agencies can develop better harvest management regulations, maximizing turkey production and hunting opportunities each spring.