After the 2018 NWTF Convention, and as Tungsten Super Shot turkey loads were just beginning to be commercially produced, Luke Garver, Illinois wild turkey project manager for the Illinois Department of Natural Resources, sat down with the state’s NWTF board of directors and IDNR staff to discuss administrative rule changes.

With TSS ammo in No. 7 and 9 shot sizes becoming a polarizing topic in the turkey-hunting world, Illinois was one of a dozen or more states that did not allow shot sizes smaller than No. 7 in turkey hunting. It was time to recognize the new technology in shot material. 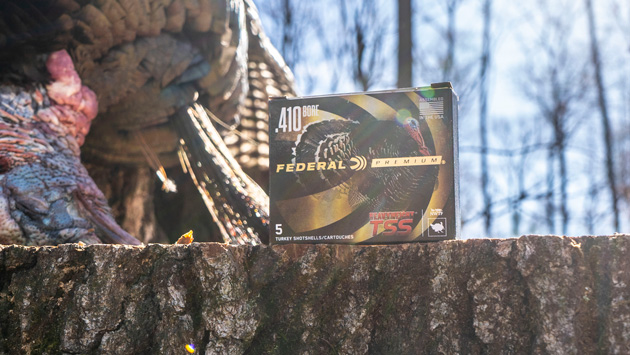 IDNR, led by Garver, hunter education and law enforcement representatives and NWTF members, removed restrictions on No. 9 TSS shot in the fall of 2018, while retaining restrictions on shot larger than No. 4. The group also discussed .410-bore shotguns for turkey hunting, which IDNR restricts, but that restriction remains written in the state’s wildlife code — requiring legislative action to change regulations — until gun technology for the smaller subgauge evolves. That is slowly increasing each year with the development of new .410 guns devoted to turkey hunting.

Illinois was certainly not alone in discussing regulation revisions with the rise in popularity of TSS on the commercial market. TSS pellets are made of 95% tungsten and have a density of 18 grams per cubic centimeter — 20% higher than standard tungsten and 56% more than lead. Along with gains in penetration energy and velocity, ultra-dense TSS provides the highest pellet counts possible — up to double those found in lead loads of the same weight.

The NWTF presented this information to states at the national convention in 2018 so that it could be a topic of discussion but did not advocate a position. Since that time, multiple states have reworded regulation language on shot size and subgauges, namely the .410, for turkey hunting.

Federal Ammunition, led by conservation and youth shooting sports program manager Jon Zinnel, are still working with states to change verbiage in turkey hunting regulations to reflect the use of smaller shot.

In 2018, 16 total states prohibited turkey hunting with shot sizes smaller than No. 8 and shotgun bores smaller than 20 gauge. As of February 2020, only six states restrict both shot size (No. 9 or smaller) and subgauges (28 gauge and .410): Connecticut, Delaware, Indiana, Iowa, New Jersey and Rhode Island.

Maine, Minnesota and New Hampshire have made recent changes to turkey hunting regulations to allow for smaller shot sizes and/or subgauge use. Check those state regulations for more details.

Turkey hunting in the ‘70s and ‘80s, and the ammunition and gauge restrictions that accompanied the sport, encouraged head shots on gobblers at close range to promote positive identification for hunter safety and decrease wounding loss. Commercial turkey loads contained lead shot in No. 4, 5 and 6. This remained status quo, for the most part, for the next quarter century.

“Most of these turkey hunting regulation restrictions were put into place when the only option for shot material was lead,” Zinnel said. “Once Federal began loading the popular TSS commercially and others followed, the availability of loads grew tremendously, and the hope for all states and Canadian provinces to consider updating their regulations to allow the use of TSS loads and subgauge shotguns continues to grow as well.”

The discovery of TSS changed the game with greater density and penetration energy in ballistic testing. Veteran hunters, who once found the .410 to be inadequate for turkey hunting, found the small bore scattergun to be lethal inside 40 yards with the new ammo. Companies like Apex Ammunition and Federal Ammunition began producing the loads commercially, and now Browning, Remington, Kent and others have followed suit.

It may take some time, still, for hunters to acknowledge the .410 as a turkey gun. IDNR conducted a survey of 5,000 turkey hunters (60% responded) statewide last summer and found that 49% were opposed to legalizing .410 shotguns for turkey hunting. Only 29% were in favor.

Pellet counts in Federal’s .410 load have superior numbers to No. 4 shot in 12 gauge 3½-inch and No. 5 shot in 20 gauge 3-inch shells. Federal maintains that their data shows subgauge shotguns and smaller shot sizes in TSS are now more than adequate to cleanly kill turkeys at traditional distances, and prohibiting these shot sizes and gauges is not science based any longer. Hunters who have used TSS ammo and completed Grand Slams with .410s seem to back up that assertion. 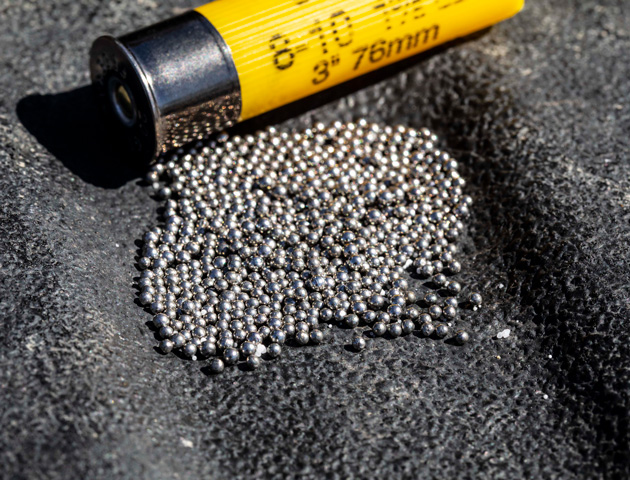 Smaller TSS shot sizes, notably No. 7, 8, 9 and 10, are non-lead and U.S. Fish and Wildlife Service certified non-toxic (waterfowl legal). Smaller gauge shotguns are obviously lighter to tote around in the woods and decrease recoil.

There are some downsides to TSS. The more dense shot, improved penetration and other factors come at a cost. TSS shells run about $10 per, as opposed to $2 to $4 per shell that lead fetches. The improved velocity loss (right at 800 fps at 50 yards for TSS vs. 600 fps for lead No. 5s) also tempts hunters to take longer shots, which is not advocated in turkey hunting and may take away from the challenge of calling a gobbler in close. Also, as shot distances increase and target identification becomes murkier, hunter safety becomes a growing concern.

Of course, these points can, and have, been argued. Hunters attribute the added cost to wanting the best available ammunition in the field. Federal’s 3RD Degree is an alternative, with a mix of 40% TSS No. 7 shot and 60% No. 5 and 6 lead shot, at about $5 per shell. The added velocity and penetration at longer distances can also keep hunters who misjudge distance from wounding birds (estimating a 35-yard shot that is actually 45). 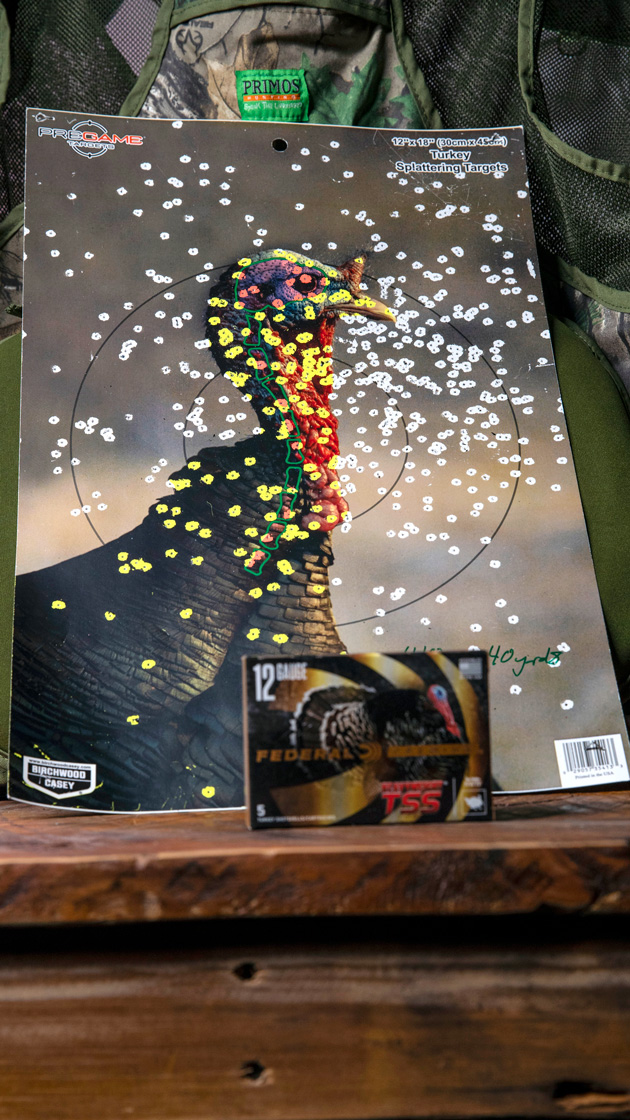 All of this is up to the individual hunter, but states are continuing to examine if their laws meet the current technology available. It’s certainly a discussion worth having for the remaining states that prohibit smaller shot sizes and subgauges.