An unkempt shotgun can result in slower actions on auto-loaders, jammed second shots, fouled firing pins and even broken parts inside the trigger or action. A few simple steps can prevent all those and more and can keep your favorite shotgun in the hunt for as long as you stay in the hunt.

The best way to avoid any problems is to clean your gun regularly, says Vic Ziliani, Hoppe’s product testing coordinator. How often depends on a few things.

“My gun stays pretty clean where I do most of my hunting, but I was turkey hunting in Alabama last spring and we were doing a lot of belly-crawling to get in position on some birds, so my gun got absolutely filthy,” he recalls. “I’ve also hunted out west where it seems like the wind is always blowing, and dust gets into everything. I cleaned my Remington 11-87 at the end of every day.”

Frequent shooting also demands regular cleaning, especially if the gun is an auto-loader and the shells are light game or target loads. Heavy turkey or waterfowl shells will usually cycle, even if the gun hasn’t been cleaned in months. Light loads? You may be cursing your gun when it fails to eject them. Gas-operated semi-autos in particular have a reputation for jamming, but that’s usually not the gun’s fault. Clogged gas ports and fouling on moving parts are usually the primary reason a gun won’t eject an empty shell and reload a live round. A thorough cleaning will fix that. 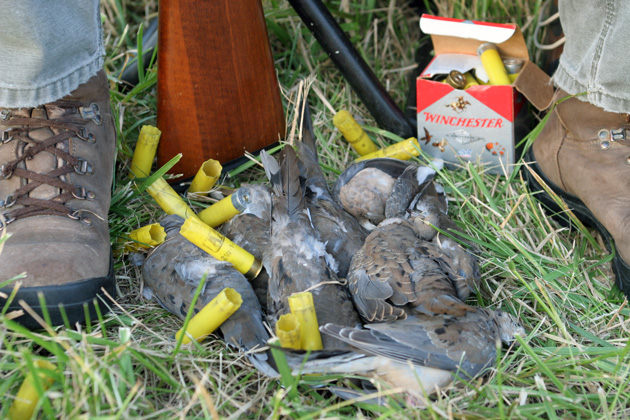 HOW TO CLEAN A SHOTGUN

“Start by making sure the gun is unloaded and then remove the barrel,” Ziliani says. “Clean the build-up of powder residue on the magazine tube and other parts with a powder solvent like Hoppe’s Gun Medic. Clean the O-ring if there is one, and examine the gas ports. They are small holes located in the ring attached to the barrel. You may need to run a pipe cleaner soaked in powder solvent through each one. Then wipe down every metal part with a thin layer of oil before reassembling.”

Examine the bolt and the firing pin hole. Wipe it down with a solvent and make sure the firing pin isn’t plugged with gunk. Then run a patch soaked in powder solvent down the barrel and follow it with a clean patch. A wire brush might be necessary if the powder residue is especially thick. Finally, run a third patch with a light coating of oil down the barrel.

It is also a good idea to remove the choke tube and clean the threads of the tube and inside the barrel. Rub a small amount of gun grease on the tube threads and screw it back in. Tubes can stick if left in place for months at a time.

Pump shotguns are somewhat easier to clean and are far less prone to cycling issues, but they need maintenance, too. Unscrew the cap, remove the barrel and use a cleaning solvent to wipe down all the metal parts, especially the slide bars. Clean the barrel and reassemble the gun. 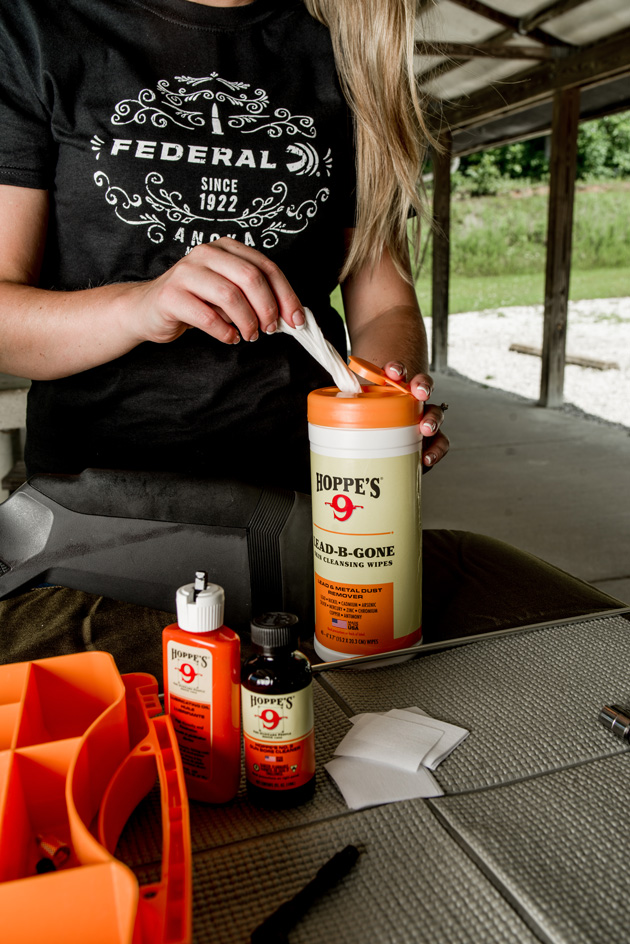 Finally, wipe down the entire gun with a cleaner followed by a cloth with a small amount of gun oil on it. Shotguns with factory-applied camouflage coatings are pretty resistant to rust, but exposed metal parts are always at risk.

If you plan to stash your gun for a few months, it can be a good idea to clean it as deep as possible. That not only means taking apart the action, but dropping the trigger assembly and giving it a thorough cleaning, as well. In most cases, the only thing you will need to do is hose it down with something like Hoppe’s Gun Medic.

Store it in a gun safe with a dehumidifier or a drying agent that absorbs moisture. Basements and garages in particular can be humid, and a gun left in that damp air can rust in no time.

Products for the Job 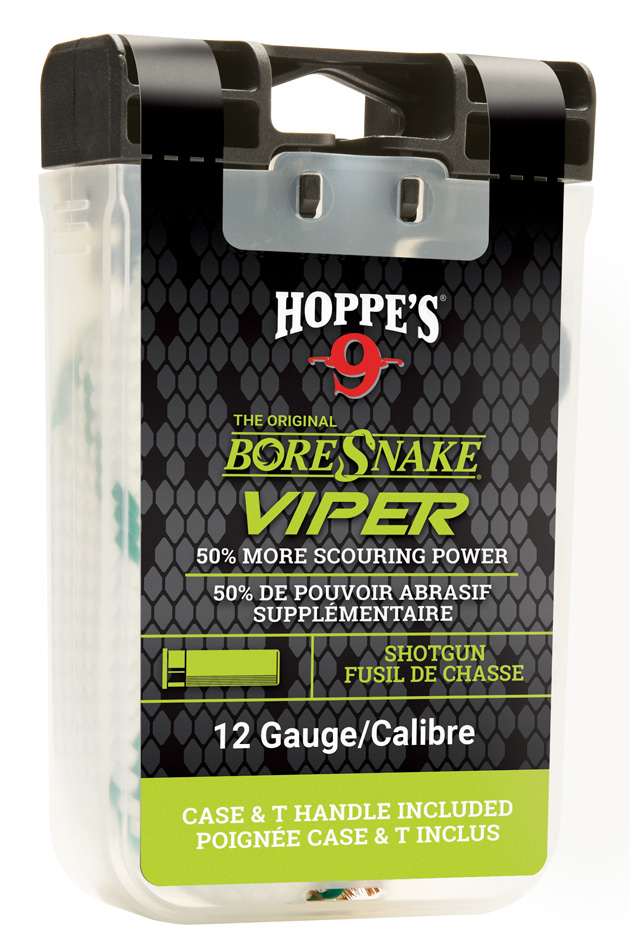 The BoreSnake and BoreSnake Viper Den showcase that the original, fastest bore cleaner on the planet has a new and improved home. The BoreSnake now includes a T-handle for easier pull through of your firearm and a reuseable carrying case that you can keep in your range bag or backpack to protect your BoreSnake during transport. A one-pass solution, BoreSnake uses an integrated bronze brush to scrub out carbon fouling, while the tail clears the barrel of loose debris with a surface area 160 times larger than a standard patch. 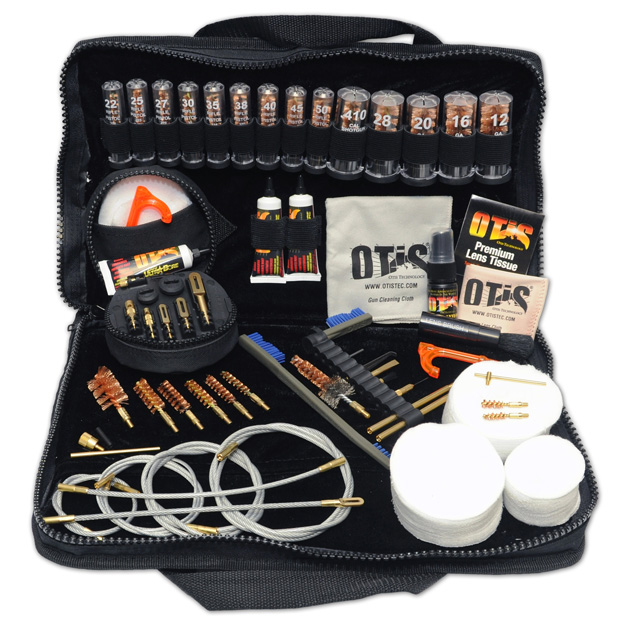 The Otis Elite delivers performance and durability to the avid gun user by ensuring a proper breech-to-muzzle cleaning experience. This universal gun cleaning kit comes with more than 60 components for all rifles, pistols, shotguns and inline muzzleloaders, including a full tactical cleaning kit all contained in a lightweight, portable case. Cleans all rifles/pistols/shotguns/inline muzzleloaders with 100% cotton 2-inch and 3-inch patches, three slotted tips and two patch savers.