A GNCC champion describes how he paints convincing pictures when he sits and calls.

Turkey hunters sometimes fall into ruts, and that seems especially true when they set up at a likely spot and cold-call. Instead of sounding like the real thing, callers often trudge through uninspired routines and sound like — well, like a guy calling.

That doesn’t fly with Mark Prudhomme. The 17-time Grand Nationals Calling Championships winner likes to paint realistic scenarios when cold-calling, and his experience can help hunters who are unsure how to do that.

Prudhomme begins cold-calling forays by finding the best possible spot, such as an area where he’s seen birds, places where turkeys can probably hear him or locations where turkeys will likely be at certain times.

“Once I sit down, I always start soft — always,” he said. “A lot of people like to jump out of the truck and start hammering to make one gobble. But everything is working against you then. I like to get completely set up and feel like I’m in position before I make a call. I like to present a turkey with a call. I don’t just call. I may cluck a few times and then do some really soft yelps, because you don’t know how far the turkey is. There could be one just out of sight. All you need to do is just get his attention. You don’t need to blow him out.” If Prudhomme doesn’t see or hear a turkey after a while, he might ratchet things up with subsequent series, yelping more aggressively, calling longer and a bit louder, and even cutting a few times.

“If I don’t do anything then, a lot of times, I’ll get really aggressive and do a lot of cutting and some excited yelping,” he said. “And at that point, the turkey is either coming or he’s not.”

Throughout all his sequences, Prudhomme stresses realism, based on his extensive experience of listening to turkeys.

“I’ll put a little inflection and emotion into it instead of just running a call,” he said. “A lot of times, a hen or any turkey doesn’t want to call any more than they have to. All they’re trying to do is group back up or get the attention of another turkey. Everything a turkey says is for a reason. I try to keep that in mind. What am I saying when I’m calling? I’m not just calling. I’m trying to say something.”

Many callers debate how long to wait between sequences. Prudhomme doesn’t stick with a predetermined time, instead simply “doing what feels right based on experience.”

“On one hand, if you listen to turkeys or a flock of turkeys, they’re making some kind of noise all the time, though it might be pretty soft,” he said. “If you truly sound like a turkey, I don’t think it hurts to call a lot. But I think you can go overboard.” 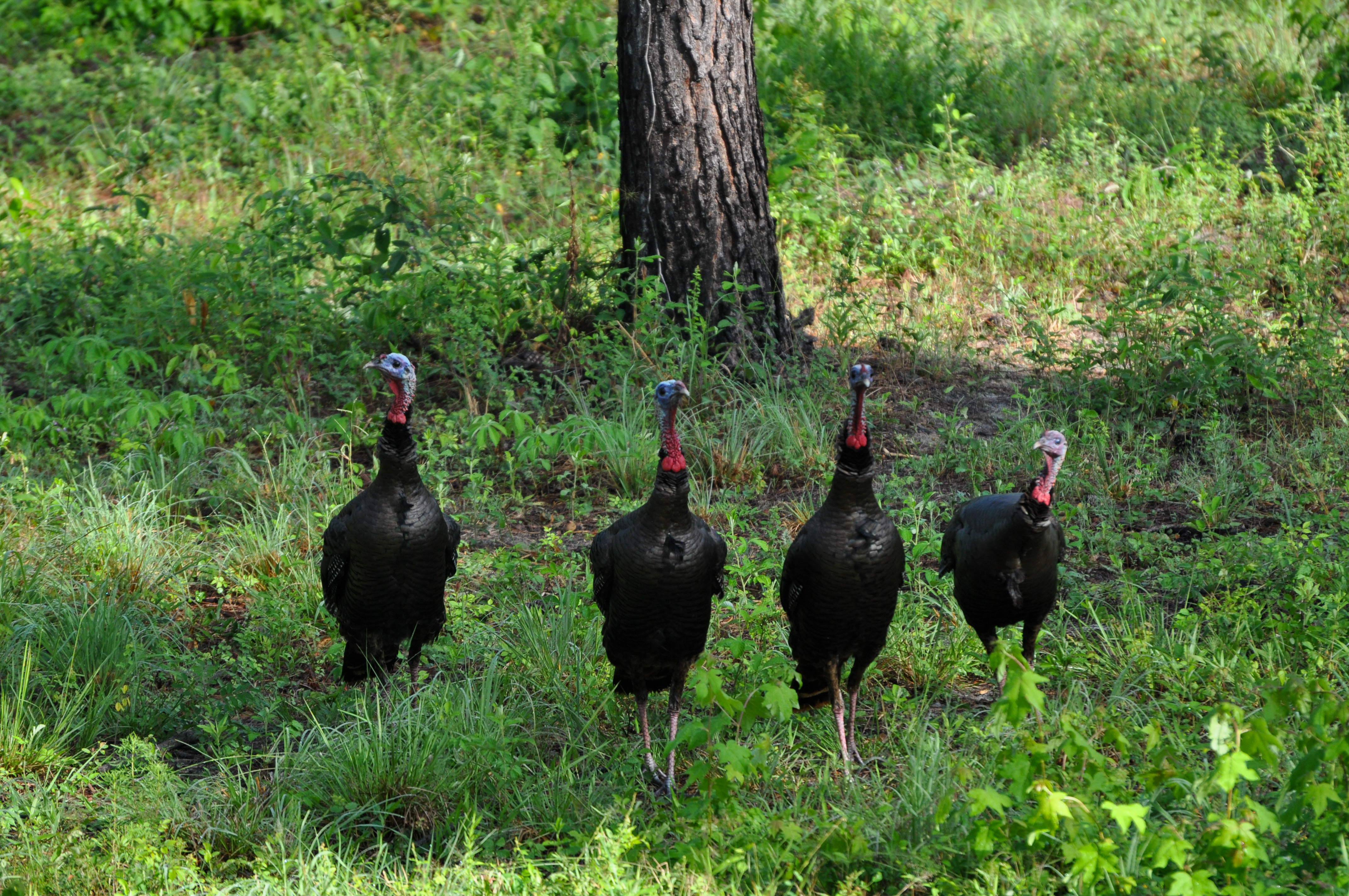 “If you want to do some excited yelps, follow that up with some soft yelps and soft clucks,” he said. “I’ve always felt that you should sound like more than one turkey. If you listen to turkeys in the woods, there’s always one loudmouth and then a few just standing around. And when you hear a group of turkeys in the distance, you’re going to hear more than one turkey. Sound like more than one bird. Be the flock. Carry on a conversation. I think it’s more realistic.”

And based on Prudhomme’s calling and hunting success, that’s solid advice for any caller.