Communicating our Mission this Thanksgiving 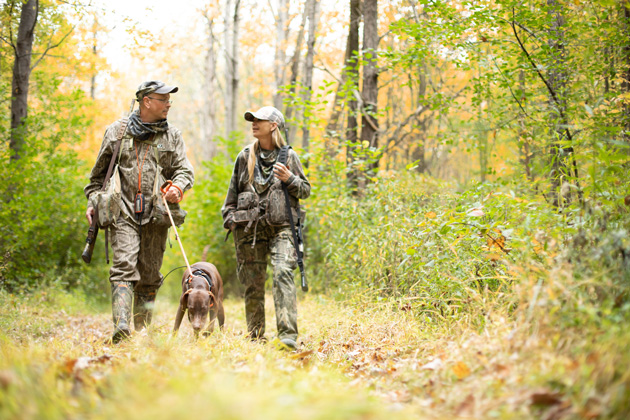 I’ll never forget the medical assistant with the blood mobile parked outside NWTF headquarters a few Thanksgivings ago. I don’t mind giving a little bit of my O-negative back a few times a year for those in need. It doesn’t hurt that the blood center keeps track of my points and will send me a gift card after a certain threshold is reached – a few bucks to spend at Lowe’s when my wife comes up with a new home improvement project or a gift card to Chick-fil-A. Somebody once told me they have mouthwash in the bathrooms at Chick-fil-A because you better make sure you have a clean mouth if you’re going to eat the Lord’s chicken. That’s beside the point, though.

I stepped into the blood bus and one of the nice workers began taking my information. She asked about the NWTF and what I do there. It was around Thanksgiving, and she asked, “So, are you going to eat turkey at Thanksgiving?” Yep, most likely, I said. “But you work at the National Wild Turkey Federation, and you’re going to eat turkey?” she continued. It took me a second to process the question, but at that moment, I began to realize the gap that may exist for many in understanding conservation and hunting, not to mention the difference between a farm-raised butterball and a wild turkey.

If you’re reading this, there’s a good chance you grasp the inconsistencies in her question. But for many outside of our great organization, these are conversations that need to be had. Sometimes we stay in our bubble and only communicate with those inside of it. If the outside world understood our mission for conserving the wild turkey and preserving our hunting heritage, we could likely take a few giant steps forward. In the meantime, it’s incumbent upon us all to share the good word. Let’s tell folks not only what we’re doing, but why it matters. Turkey populations in many regions are declining, but I can assure you the NWTF is working with state agency partners, our volunteers and many others to improve wildlife habitat for future generations of the wild bird.

Yes, we hunt wild turkeys because it’s part of the conservation cycle to maintain stable populations. Throughout the last five decades, tweaks to the overall management system have been needed, as they are now in some areas. We also understand that if we don’t inform and educate while working to better wild turkey habitat and populations, we won’t be able to enjoy the spring as we have in the past.

Domestic or wild turkey this Thanksgiving? Doesn’t matter, as long as you’re willing and able to explain the importance of what the NWTF did and is doing to further our mission.