The work that goes into successfully harvesting a wild turkey can be arduous to say the least. It almost goes without saying that wild turkeys are one of the most difficult game birds to harvest, but imagine doing all the hard work turkey hunting requires and successfully harvesting a bird well into your 90s without any help. That would require passion, immense dedication and an unfaltering love for turkey hunting, and these are indeed the characteristics that exemplify Lonnie “Rick” Bullock, a 93-year-old, self-sufficient turkey hunter.

“I get worried about him sometimes,” said Eddie Ayers, Lonnie’s grandson. “He still insists on mowing lawns, climbing up tall ladders and, of course, turkey hunting, but he hasn’t shown any signs of slowing down, and he’s earned every right to do what he wants. We keep an eye on him, but let him do what makes him happy.”

On May 4, during the 2021 North Carolina turkey season, just 53 days before his 93rd birthday, Bullock harvested an Eastern wild turkey to complete his estimated 73rd successive year of turkey hunting. And while Bullock doesn’t plan on stopping anytime soon, his roots in the outdoors run deep, virtually watching turkey hunting evolve from near inexistence to a spring obsession. 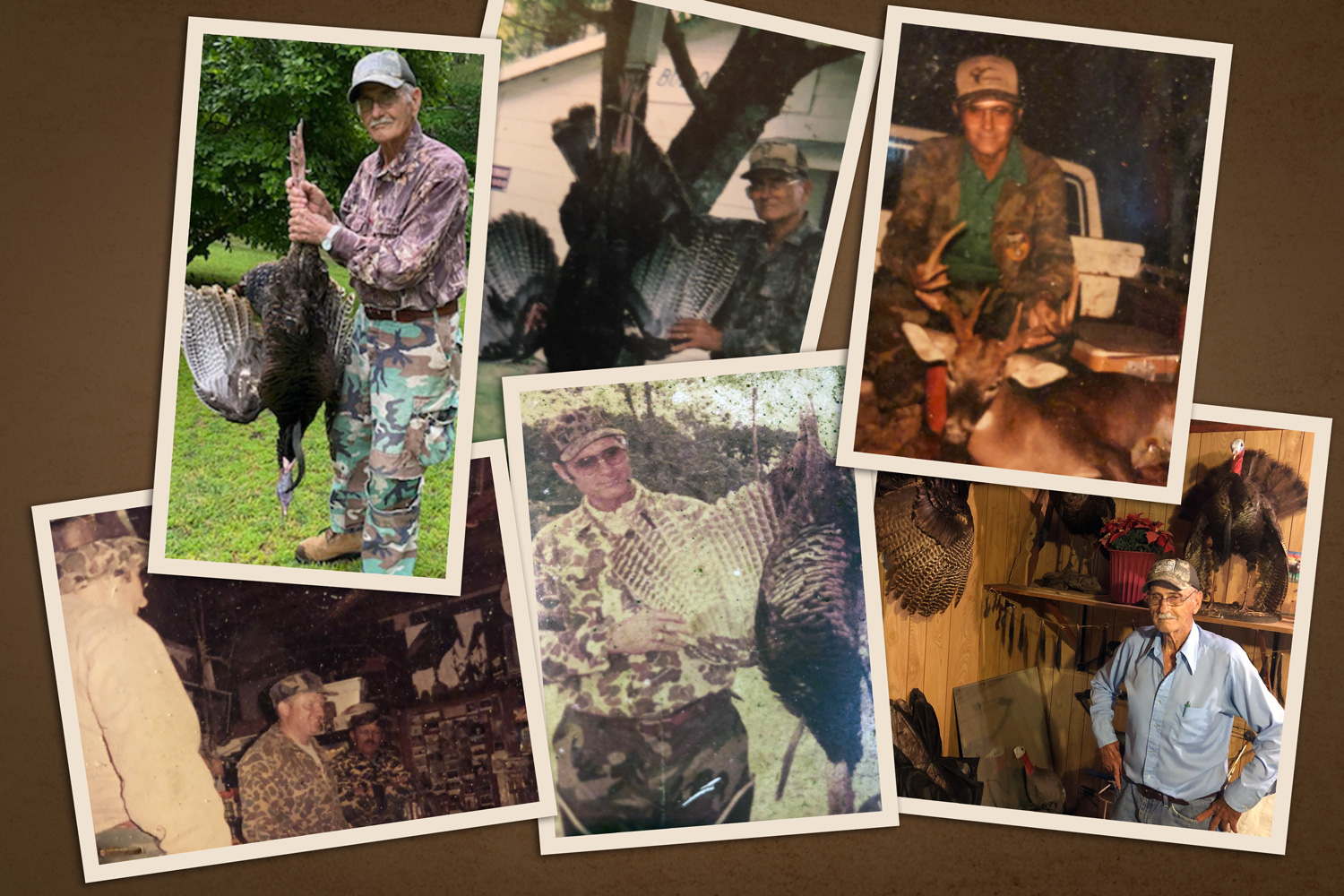 Born in 1928, Bullock grew up in Martin County, North Carolina, working on his family’s farm. He served two years in the U.S. Navy toward the end of World War II and would return to North Carolina to work at a plywood manufacturing company and then later for the 7UP bottling company. However, Bullock’s journey as an outdoorsman would truly begin with the purchase of his father’s country store in Hamilton, North Carolina, in the early 1970s.

Bullock would transform “Bullock’s Grocery Store,” into far more than an ordinary general store. The store, which sat on the corner of NC903 and Fort Branch Road, would become a popular congregation amongst outdoor enthusiasts. There was an annual “Big Buck Contest,” which all the locals would put money into a pot, and the largest buck taken would win the whole pot each season. Bullock also sold hunting and fishing licenses, fishing supplies and he even tacked photos of the locals’ harvests and catches on the wall. The store was far more than a grocery store.

“Anyone and everyone that hunted in this area congregated there, usually on a daily basis,” Ayers said.

For almost 30 years, Bullocks Grocery Store served the small, tight-knit hunting community around Hamilton and welcomed residents and nonresidents alike with open arms to share in the passion of the outdoors.

“If you ain’t got patience, stay home,” he said.

Ayers and many of the local turkey hunters in the area consider Bullock and his late brother turkey hunting trailblazers who paved the way for the younger generation and still consider him a better turkey hunter than themselves.

“Every outdoorsman has at least one person that has guided them, taught them and pushed them along to carry on an age-long tradition,” Ayers said. “He was that rock for my father before he passed away in 2004 and continues to be that same rock for me. His roots go way deeper than a hunter or an outdoorsman. This is my Davey Crockett or Daniel Boone, if you will. He is that big of a legend to me. He has instilled in me way more than hunting, fishing and being an outdoorsman. The morals, attitude, camaraderie and work ethic greatly outweigh and are more important than the harvesting of a deer or turkey.”

Bullock has been through it all: World War II, quadruple bypass surgery, measles, runover by a plane on a flight deck and 73 years of turkey hunting. There isn’t much this man hasn’t seen, whether in or out the turkey woods.

In between the spring turkey seasons, Bullock mows a few yards to keep himself busy, drives himself to the doctor and anywhere else in town and generally lives his life with minimal assistance.

There are few people who find something they are so immensely passionate about, and for Bullock, it is undoubtedly turkey hunting. He is one of the world’s oldest, self-sufficient wild turkey hunters, and if there is anything we can take from his story, it’s to let passion keep pushing you forward.