Generally speaking, Eastern wild turkey populations remain solid across their range; however, it’s also true flocks are down from historic highs of 10 to 20 years ago. They’re mired in a slow, yet persistent, decline. The wonder is why.

Some assert today’s flocks are the “new normal,” said Mike Peters, game bird biologist for the West Virginia Division of Natural Resources. When turkeys were expanding exponentially, he noted, states were enthusiastically trapping and transferring them to establish or reestablish populations. That’s largely ended. Perhaps, the thinking goes, that’s to blame.

“There’s a theory that when you have a new population, and it doesn’t matter if it’s ants or birds or mammals, when you first introduce a population it will exceed the landscape’s carrying capacity,” Peters said. “And then it will come back down to what the carrying capacity should be.”

Others see weather as a possible culprit.

But reproduction has always been tied to weather to a degree, she added. Peaks and valleys corresponding to good or bad weather were routine through 1999, Pennsylvania’s high-water mark for birds. Since, though, production has been mostly mediocre regardless of environmental factors, she noted.

That suggests something else going on. So, the PGC, in partnership with the NWTF, looked at one possible bugaboo — West Nile virus — last year. The leading cause of mosquito-borne disease in the continental U.S., it arrived here in 1999.

PGC grouse biologist Lisa Williams said that, during the past decade, spikes in West Nile one year cause grouse numbers to plummet the next. Worse, the birds never fully return to pre-disease highs.

Researchers in a biosecure Idaho lab showed why by infecting grouse chicks with West Nile, euthanizing them and studying the disease’s impact. It was devastating.

Forty percent of grouse infected became so sick they had to be euthanized within a week. Another 40% survived longer but suffered such intense organ damage it’s unlikely they could have lived long term.

So, given that turkeys, like grouse, are gallinaceous birds — meaning relatively large and mostly ground-feeding — the commission and the NWTF decided to study West Nile’s potential impact on them.

A small study looked at West Nile in domestic turkeys in 1999, Blake said. It found no significant correlation between the disease and birds. But, no one had studied wild birds. Until spring of 2019, that is, when Casalena and Blake collected 131 turkey eggs from across Pennsylvania. They drove them to the Southeastern Cooperative Wildlife Disease Study, a University of Georgia biosecure facility. 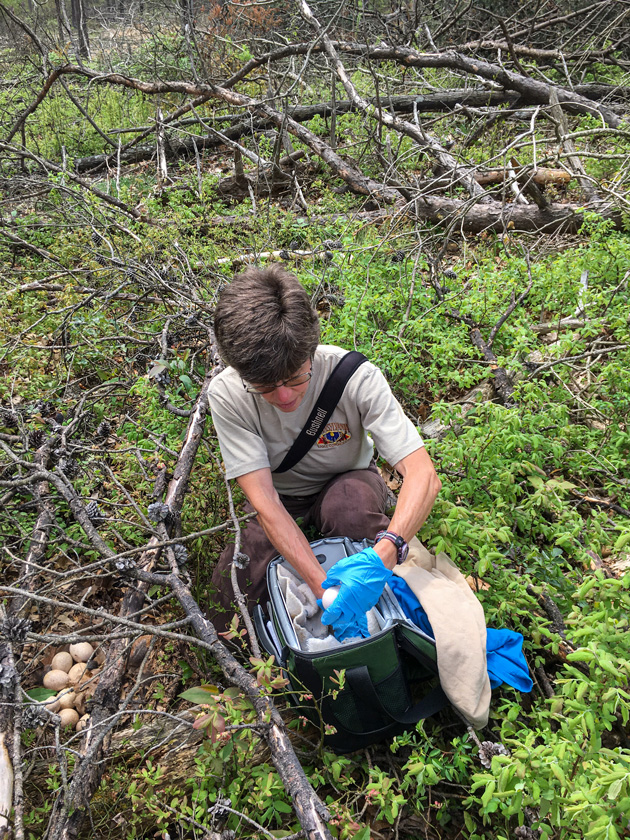 Sixty-six poults hatched. Twenty-four were inoculated with West Nile at 4 to 5 weeks old, the rest at 15 to 16 weeks.

The intent was “to see if the younger poults are potentially more susceptible to West Nile virus than the older birds,” said Melanie Kunkel, the veterinary diagnostician and doctoral student working on the project.

Younger birds don’t have fully developed immune systems. Those older ones do. Yet they face great risk, too.

“The older age class poults is when West Nile virus is most prevalent on the landscape,” Blake said. “That’s when all the mosquitoes are out.”

All study birds were euthanized two weeks after being infected with West Nile.

Kunkel and Nicole Nemeth, director of diagnostic service at Georgia’s disease study, examined them, looking for signs of disease in internal organs. They paid particular attention to the heart, brain and muscles. They weren’t sure what they might find. Damage can be subtle.

“So that’s kind of the interesting thing about West Nile,” Nemeth said. “There’s nothing definitive you would expect to see.”

Final reports based on that work are being completed right about now (spring 2020). But, it’s already safe to say two things, Casalena said.

“No birds died, nor became sick during the two-week trial, and thus far the necropsies of the younger age-class birds showed no affects to brain or other organs after the two-week trial period,” Casalena said.

“It’s definitely good news. But necropsies of the older group have been painstakingly slow because of all the nuances that may be associated with the disease.”

That was never going to be an option for turkeys. “They’re distributed everywhere, at every elevation,” Blake said.

Second, biologists learned disease-carrying mosquitoes are in fact biting adult turkey hens. And, they’re passing that on to their young, but it’s not killing them. Far from it, actually — it’s offering a bit of immunity.

Casalena said about 30% of the young age-class poults examined had maternal West Nile virus antibodies in their systems. They weren’t so abundant that poults could transfer West Nile to other birds, and they didn’t stay in the birds’ systems long. The antibodies only remained for about four weeks in these poults, and they were inoculated with the virus after the antibodies had completely waned.

But, that’s actually when poults need the antibodies most.

“With all our studies, we’ve seen the highest mortality of poults that first four weeks of age,” Casalena said. “So it’s cool. They got kind of an extra boost from the mother, at least for not getting West Nile virus during this critical survival age.”

That, then, is a mystery solved. West Nile virus isn’t crushing turkey populations, but it creates — or at least prolongs — another mystery. Namely, if West Nile isn’t behind shrinking flocks, what is? That remains unknown.

That effort is already underway. Last fall, the commission sent blood sample kits to 600 hunters who reported killing a fall turkey sometime in the previous five years. It asked any who harvested one this past fall to provide data, from blood samples and location of kill to breast feathers, identifying the turkey as a male or female, and the last two primary wing feathers, identifying it as a juvenile or adult.

Casalena was hoping to get 200 kits back, but she wants to grow that number going forward.

“What we hope to do with this is, if we can get more funding, expand this to multiple states,” she said. “That could basically provide a baseline of antibody levels across the northeastern part of the country.”

In the meantime, one thing remains true: Quality habitat always stands out as the most critical factor for stable turkey populations, as with for all wildlife. While research continues, the best thing wildlife managers and hunters can do for turkeys is provide them with the most secure nesting and brood-rearing cover possible. 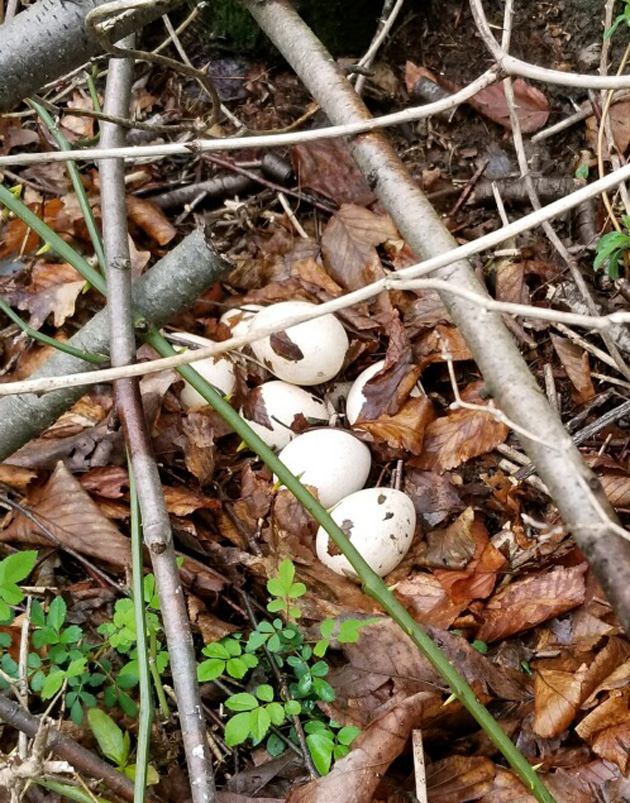 “If you have really great habitat, you’re going to be able to withstand disease threats or anything else a whole lot better than if you have really poor habitat,” Blake said. “So increasing habitat quantity and habitat quality is more important than ever.”