I can still see and hear it: Intermittent lightning flashes flooded the prairie landscape with sudden daylight and were then swallowed in blackness. At least 10 seconds after each flash, distant thunder rumbled, and two Merriam’s gobblers shock-gobbled. As the weather-in-motion feature on my phone app suggested, the storm was veering north and would miss the public land I was hunting by miles. Still, it was an eerie scene that’s etched vividly into memory.

I’d arrived the previous evening and rolled down my truck window at the parking lot of a state game production area when telltale Merriam’s gobbles carried across the prairie. A quick glance through my optics revealed a large bird already roosted in a giant, dead cottonwood tree. Then I made plans for an early arrival the next morning.

Daylight was fast approaching as the storm subsided, and I was giddy with excitement, for I’d stolen undetected within 50 yards of the roosted birds. They gobbled, double-gobbled and triple-gobbled. The late-May birds were fired up.

At dawn, wingbeats signaled the descent of the two rope-chested longbeards. They landed at the edge of shotgun range and immediately strutted away from me, fans obstructing their noggins. The pair danced back and forth about 80 yards away. But I had a trick up my sleeve: a 2-D Montana strutting tom decoy.

At 40 yards, I zeroed in on the boss bird. My Benelli 12-gauge roared across the prairies, sending a swarm of No. 5s downrange. The gobbler fell in a heap, and the other tom started working him over. It was a memorable hunt in a beautiful location, the prairies lush with green grass. 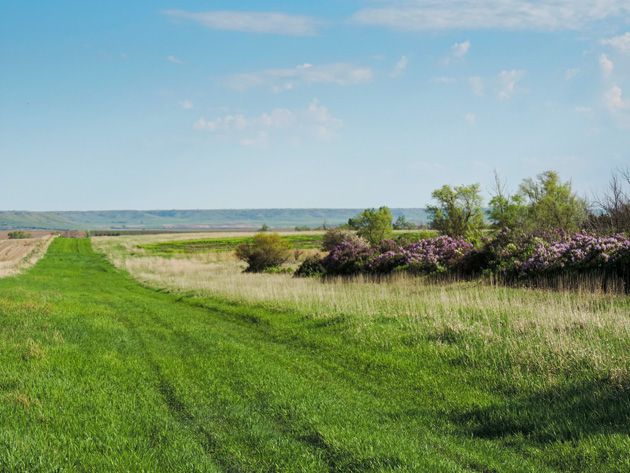 Two days later, after sneaking in a few hunts between subsequent storms, I arrowed a jake with my bow soon after two big toms skirted my blind, obstructed by a fence. I rarely shoot jakes, but the temptation was too strong — I love turkey meat — as they half-strutted next to my decoy. 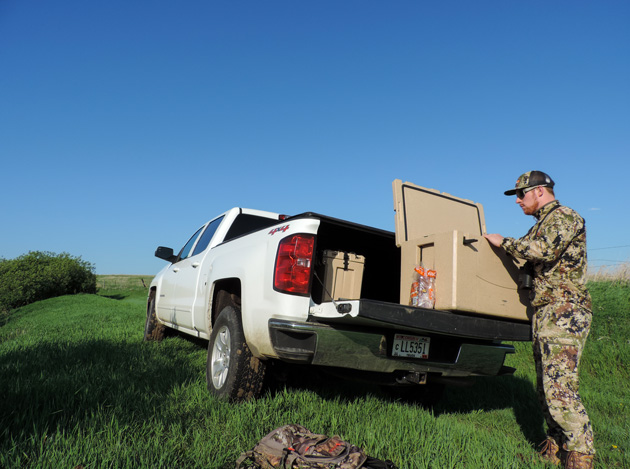 If you’re from the East or Midwest and haven’t trekked to Merriam’s country, I’ll bet my adventure sounds enticing. From the South Dakota prairies to the Wyoming and Montana mountains, Merriam’s turkeys inhabit gorgeous country far different than Eastern grounds. But don’t let that intimidate you. Research options, settle on a state and begin planning. There’s no need to overcomplicate it.

A Merriam’s turkey hunt can be affordable. Tags are inexpensive compared to big-game licenses, and you can lodge in a cheap motel or even tent it and eat basic foods throughout your stay. Also, if you have a car, you can save big on fuel during your travel to Merriam’s country. Obviously, a four-wheel drive vehicle is best, because roads can get dicey after rain or snowfall, but a two-wheel drive car can usually get you near birds if roads are dry or paved. 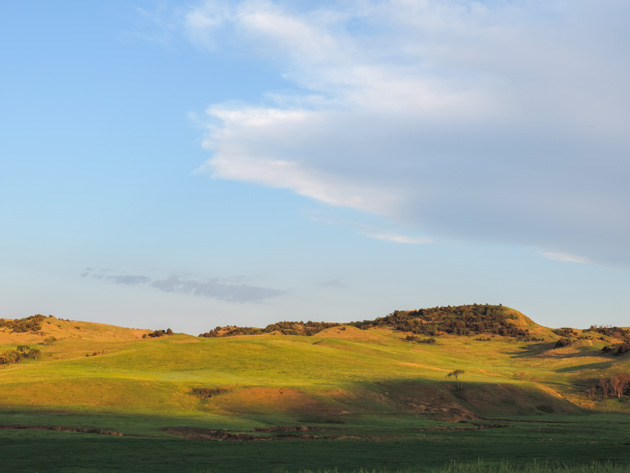 You should know many things about hunting Merriam’s before you go. First, your decoys and calls will work just as well out West as they do on Eastern birds. There’s no need to buy anything new for your trip.

Merriam’s country, especially on the prairies, is open. You’ll need good optics to spot birds. A pair of quality 10x42 mm binoculars will suffice. If you have a spotting scope, pack it, too.

Expect to walk great distances. Merriam’s can cover a lot of ground in little time. If you aren’t in shape, you’ll be huffing, puffing and frustrated. Even if you don’t normally work out, it’s a crucial step to succeeding out west.

One other indispensable tool is a map-based smartphone app, such as onX Hunt. I use mine extensively to identify potential public-land parcels. I look for rivers or other water sources with potential roosting trees nearby. This approach has served me well in Nebraska and South Dakota. 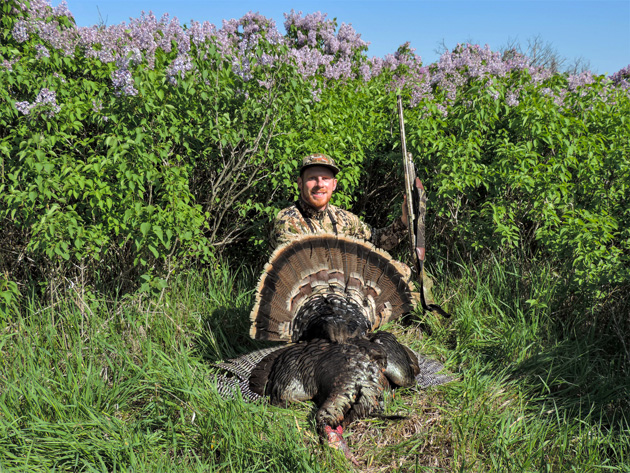 For years, I made excuses why spending money to travel and hunt turkeys wasn’t worth it when I could buy several Wisconsin tags each spring at resident prices. After taking my first trip and arrowing three Merriam’s gobblers — one in Nebraska and two in South Dakota — I was hooked and started taking more road trips to various turkey destinations as far as Florida.

Turkeys in different geographical locations have unique characteristics and plumage, but the thrill for me is to hunt different terrain than the typical hardwoods and farm fields I grew up hunting in Wisconsin. Should you embark on a Western turkey hunt, you’ll understand what I mean.