Do We Truly Understand How Well Turkeys Can See

Several springs ago, Larry Proffitt of Elizabethton, Tennessee and I were watching a flock of Volunteer State gobblers and hens feeding about 400 yards away. I thought they were too far away to detect movement, so I began to retrieve a green water bottle from my daypack. Larry quickly hissed, "What are you doing!"

Reacting to my movement, the flock immediately turned away from heading toward us and melted back into the woods. Proffitt later told me about a similar incident which occurred in New York State in 1996 and that forever impressed upon him just how incredible a wild turkey’s vision is.

“I figured turkeys were in the area, so I crawled up to the edge in the woods and then I peeked into a pasture while I was still lying in some green bushes,” he recalled. “I saw a big flock about 400 yards away. It was cool and my binoculars were fogged up, so I took out a piece of white tissue no bigger than a golf ball to clean them.

“I then looked again and the whole flock was on alert. I thought there was no way those birds could have seen me at that distance. Next, the flock all turned and ran off into a creek bottom. I was flabbergasted to say the least. I’ve never underestimated a turkey’s vision since.”

Mike Chamberlain, professor of wildlife ecology and management at the University of Georgia, explains that we humans possess binocular vision which gives us the ability to see well three dimensionally (length, width, and depth) and quickly judge distances. However, turkeys possess monocular, periscopic vision which makes them have an entirely different kind of vision than people.

With eyes on the sides of their heads and with their heads almost constantly turning (as hunters well know) turkeys boast an almost 360 degree field of view continues Chamberlain. So woe be it to the hunter who decides to move while a turkey is anywhere near him. 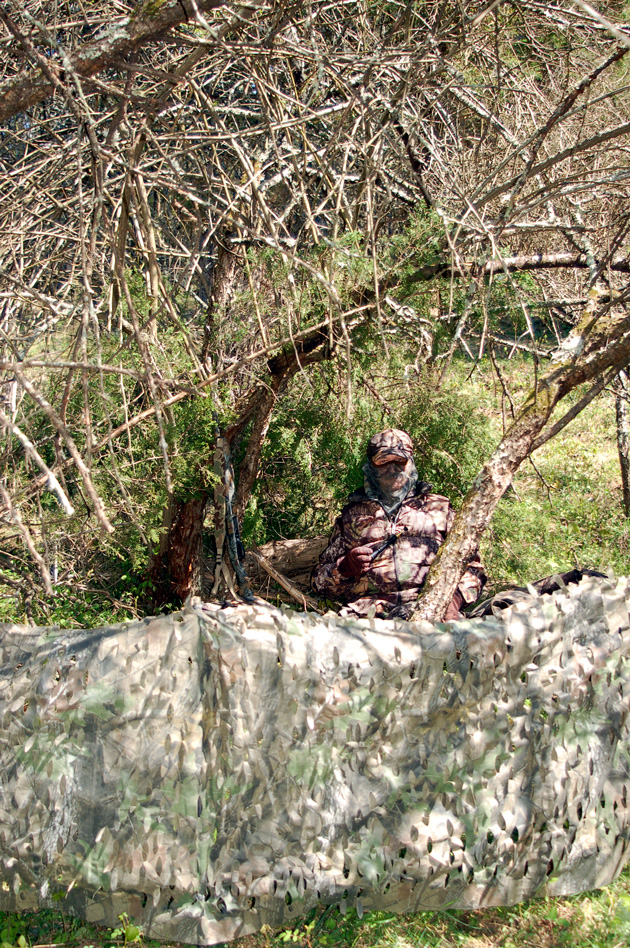 The professor adds that turkeys also feature outstanding color vision, having more photoreceptors than humans, and they even flaunt a sensitivity to wavelengths near the UVA range. In short, turkeys see colors, patterns, and shapes differently than people and that results in their amazing ability to detect danger.

“The most impressed I’ve ever been with how well a turkey can see took place on a hunt about 40 years ago,” Clay said. “I was calling for a friend, and a gobbler came within about 90 yards of us, stopped, putted, and ran away. We both hadn’t moved a muscle, so I told the guy to sit tight while I walked to where the gobbler was standing when he spooked.

“When I got there, I told my friend to position himself like he was going to shoot. When he did that, I detected the tiniest glint coming from the gold wrist band of his watch. That’s all it took to run off that tom.”

Given a wild turkey’s incredible vision, it’s more than a little amazing that we ever can affix a tag on any one of them. Nevertheless, that’s what we will be trying to do this spring. 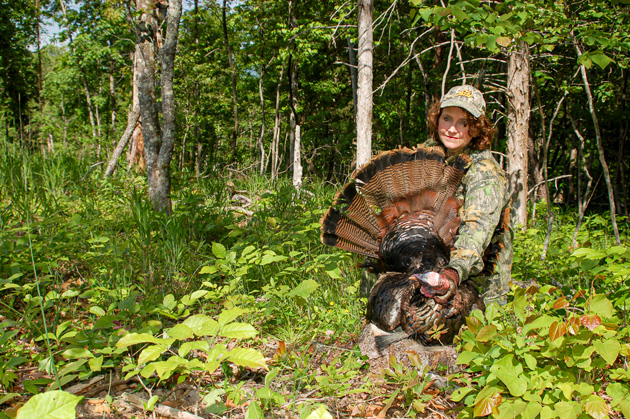