The Dos and Don’ts of Traveling for Turkeys

We’re not expert turkey hunters, but my wife, Jill Easton, and I routinely hunt seven to nine states every spring, from mid-March through late May. We might even hunt early June if we go to Maine.

We’ll actually hunt turkeys 55 to 60 of those 75-plus days, and every year we’re away from home four consecutive weeks or longer.

We are traveling turkey bums, and those are our bona fides. After two decades at this level of commitment and immersion, it’s not surprising we’ve learned a few things. Not about turkey hunting — that remains as mystifying as ever — but about putting together an effective turkey safari. What follows is our best advice for would-be turkey travelers.

First, begin your planning well ahead of time. A year in advance isn’t too early to start, and if you’re just beginning now to plan a multi-state trip for spring, good luck. You still have time to make it happen, but don’t procrastinate. You’re already behind the eight ball. 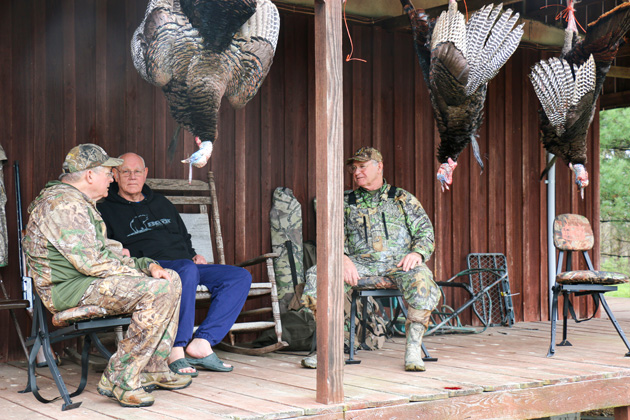 For this planning step, you will need a road atlas, a calendar and detailed, accurate knowledge of your target states’ turkey season dates. Your goal is to lay out a travel route that makes sense chronologically and geographically. For example, we usually begin our season in Mississippi in mid-March, just across the river from our home state of Arkansas. Every few years, though, we hunt Florida or Alabama. In those seasons, we drive to the Sunshine State to be there opening day and then hit Alabama and Mississippi on the way home. That way, we get much of the driving out of the way before turkey season opens rather than spending time on the road when we could be hunting. Likewise, it’s wise to schedule your travel days on weekends, whenever feasible, to avoid crowded conditions.

Another helpful hint: Don’t try to cram too many states into your schedule. It’s easy to sit in the den and believe you can fit six states into a two-week hunt, but you’ll regret that optimism come spring. Jill and I schedule at least four days for each state we plan to visit, and we prefer having five or six days. We also try to build in a full day for travel between states, so we generally allow about a week for each state.

If you get lucky and tag out quickly, you can always move to the next destination ahead of schedule. But if you fail to allow enough time for hunting each destination, you’ll eat a lot of turkey tag soup. There’s not enough Cavender’s in the world to make that taste good.

PULLING IT ALL TOGETHER

When your travel plans are laid out, it’s time to start researching. This will generate a blizzard of paper if done correctly, so you need to keep it organized. Jill and I use a large ring binder with plastic see-through letter-sized sleeves.

First, collect the current turkey regulations and exact season dates for each state. These are available online, but be sure they’re up to date. This can be surprisingly difficult, as some states are pretty lax about keeping their websites current.

Next, gather hard-copy maps of specific areas you want to hunt — WMAs, national forests and other properties. If you’re hunting private land, it’s wise to obtain a topo map covering the property you’ll be hunting. This process is much easier since the advent of programs like onX Hunt and US Topo, but it’s still wise to print hard copies of the maps you’ll need. Cell phones and GPS units are wonderful tools, but electronics can fail. Hard-copy maps in an organized ring binder do not. 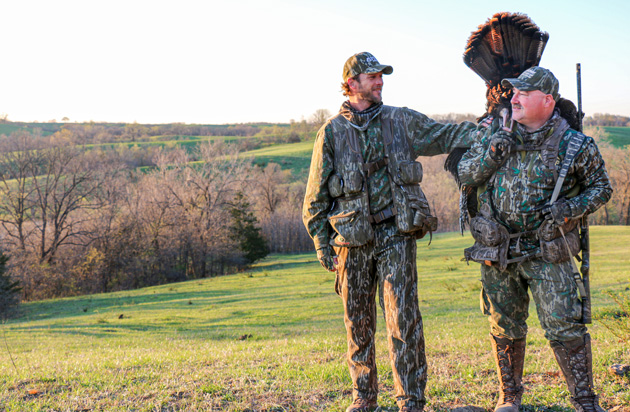 Also, gather as much on-the-ground intelligence as possible from other hunters familiar with the places you’ve chosen to hunt. This used to be almost impossible, but the internet has made this chore much more doable than you would think. I’m talking about the hundreds of internet hunting forums, almost all of which are free to join. Any reputable search engine will turn up more than anyone can use. Good choices include gobblernation.com, oldgobbler.com and grandslamnetwork.com.

After joining one or more of these forums, post a thread asking for general information about the place you’re researching. Be honest and specific. Specify exactly what information you’re seeking: recent turkey hatches, hunting pressure, availability and cost of nearby lodging and likely weather conditions during the dates of your stay. Don’t expect other forum members to send you maps with X’s marked on them. However, you’ll be pleasantly surprised at the helpful information you receive, especially if your request includes an offer to provide information about your state in return.

With your itinerary set, it’s time to think about other things. Packing looms large. Obviously, an extended multi-state turkey roundabout requires more stuff than a weekend jaunt to the other side of the county. But how much more? And what, specifically? To quote Bob Seger, “What to leave in, what to leave out.”\

There’s no way to answer that question for someone else. What’s indispensable for Jill and me might be useless to another hunter. But you can’t take everything, and most turkey hunters tend to overpack. How many extra sets of camo will you need? (Correct answer: one.) So why pack three? 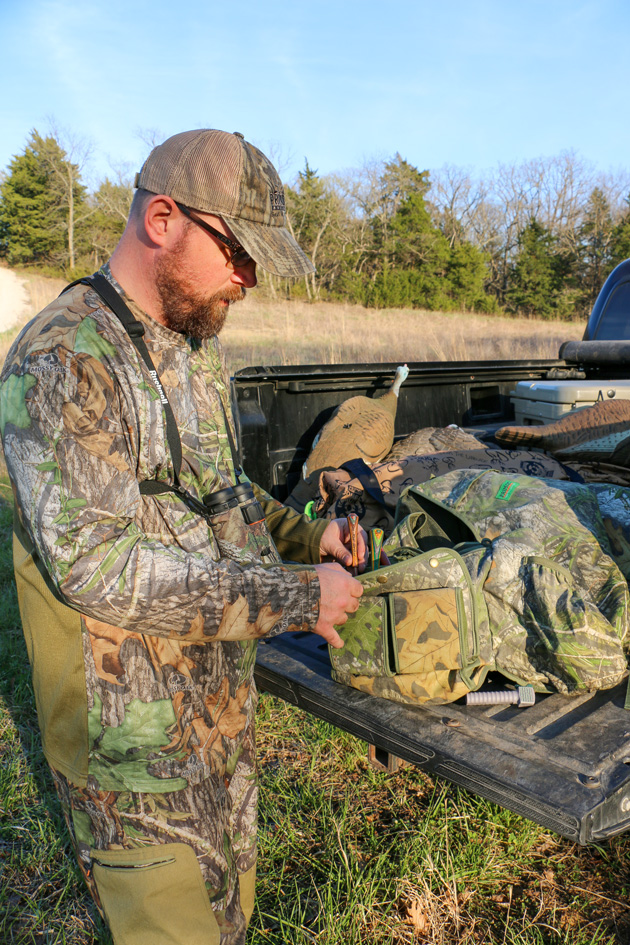 Pare down your other gear in similar fashion. Two pairs of boots are plenty, as is one extra of other accessories, including headnet, hat, calls and gloves. A week’s worth of socks and underwear is plenty. Other states have laundromats and stores, you know.

Also, unless it’s required, don’t buy expensive nonresident licenses and tags too far ahead of time. The old saying, “Man plans; God laughs,” has a bitter truth, and it’s a lot less painful to scratch a hunt plan when you haven’t already invested several hundred dollars in hunting licenses. Trust me.

Finally, don’t make your turkey safari in a vacuum. Make copies of your itinerary, and leave them with one or two people you trust. When on the road, check in periodically, and keep your home contacts abreast of any changes in your route or scheduling. Another old saying applies: “Hope for the best, but prepare for the worst.”

Traveling to multiple states for turkeys isn’t for everybody. It’s expensive and time-consuming, and gets pretty grueling somewhere during the third or fourth week. But if you have the time and resources — and you think you’re tough enough — it’s worth trying.