Although these tips first appeared in our Wheelin’ Sportsmen 2002 edition, they are certainly still relevant in today’s fall woods.

So much is said and written about trailing the wild turkey when the weather turns warm that many hunters have forgotten that our turkey-hunting heritage actually began in the fall.

It was in the autumn that old-time turkey hunting legends like Tom Turpin, Henry Edwards Davis and Archibald Rutledge spent much of their time going after the gobbler. The fact that not many places had huntable populations in the first half of the 20th century, few states offered spring seasons. Fall was the turkey hunter’s time to be afield.

Fortunately, all that has changed. Thanks to concerted efforts by the National Wild Turkey Federation and its partners, turkey populations are plentiful across the country and fall and spring are equally great times to head for the woods. As many as 44 states offer fall hunting, which gives turkey chasers another chance to tag a bird. Whether you’re looking for that second-chance tom or simply trying your hand at a flock of first-year birds, the tips that follow will help you have a great autumn experience.

Oftentimes, one of the most challenging aspects of hunting fall turkeys is finding them. Unlike the spring, when toms can be found by the sound of their gobbles, fall hunters must rely on less audible yelps, clucks and kee-kees, or turkeys scratching in leaves or flapping their wings. And unlike the spring when turkeys typically frequent the same roosting, strutting and feeding areas day in and day out, fall flocks range over a wider area in their search for food, sometimes not returning to the same tract for days.

The typical range for a fall flock is between 250 and 400 acres, depending on the habitat and availability of food. If food is found easily along corridors that stretch for great distances, turkeys may range much further, maybe even for miles. 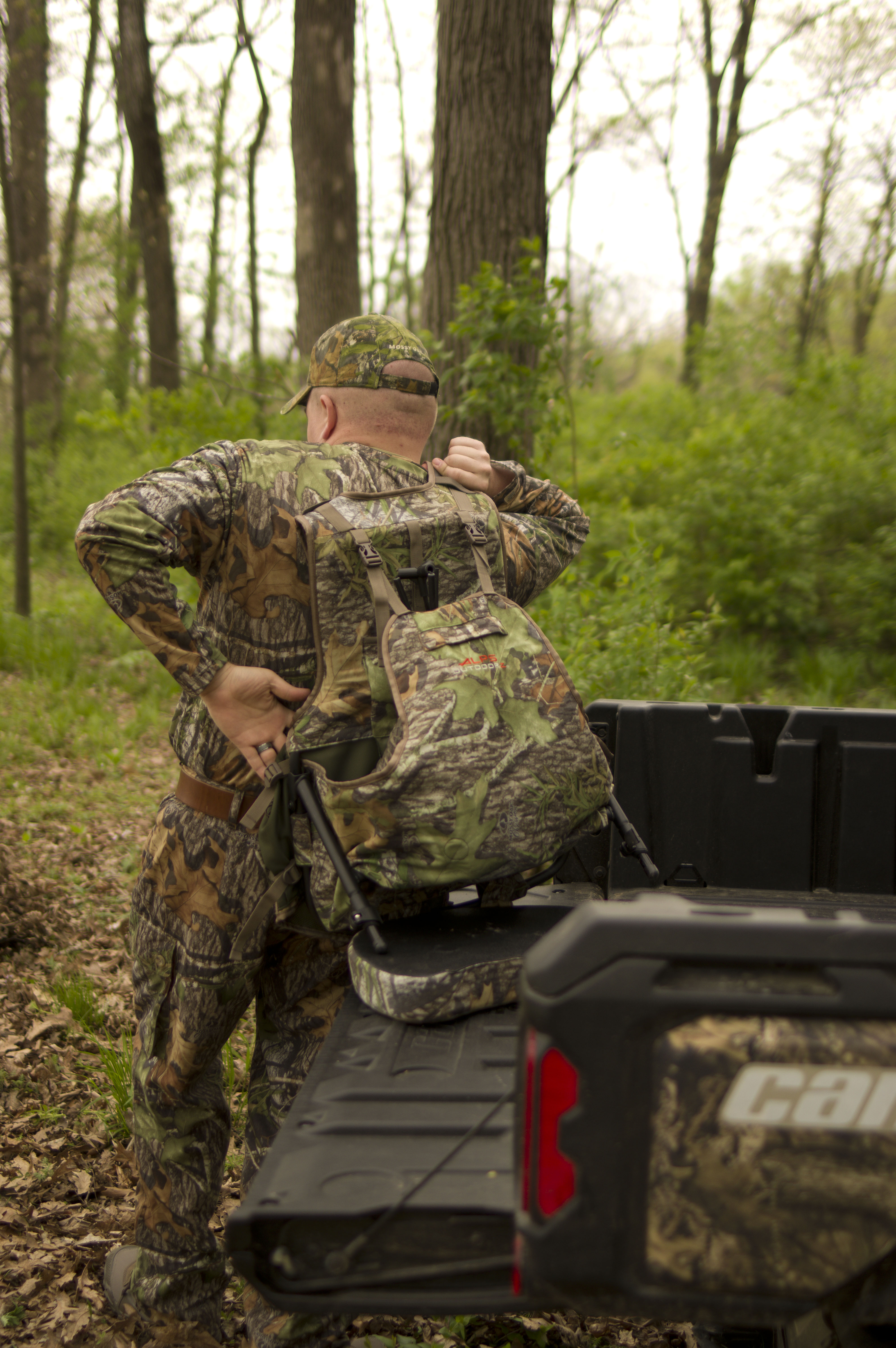 Scouting is the key to finding turkeys in the fall.

Whether you limit your hunt to gangs of old gobblers or tail the more vocal hens and young-of-year birds, remember that the only thing on their minds is food. Turkey flocks will move throughout an area, scratching for acorns and berries among the leaves of the forests. They will also look for waste grain in fields that have been harvested or bug for insects along grassy lanes.

Once you have identified those feeding zones, look for turkey tracks, droppings and feathers. Scratching also lets you know where turkeys have been feeding and in which direction they are traveling. If the soil is still dark and damp, chances are that the birds have been there in the past few hours. 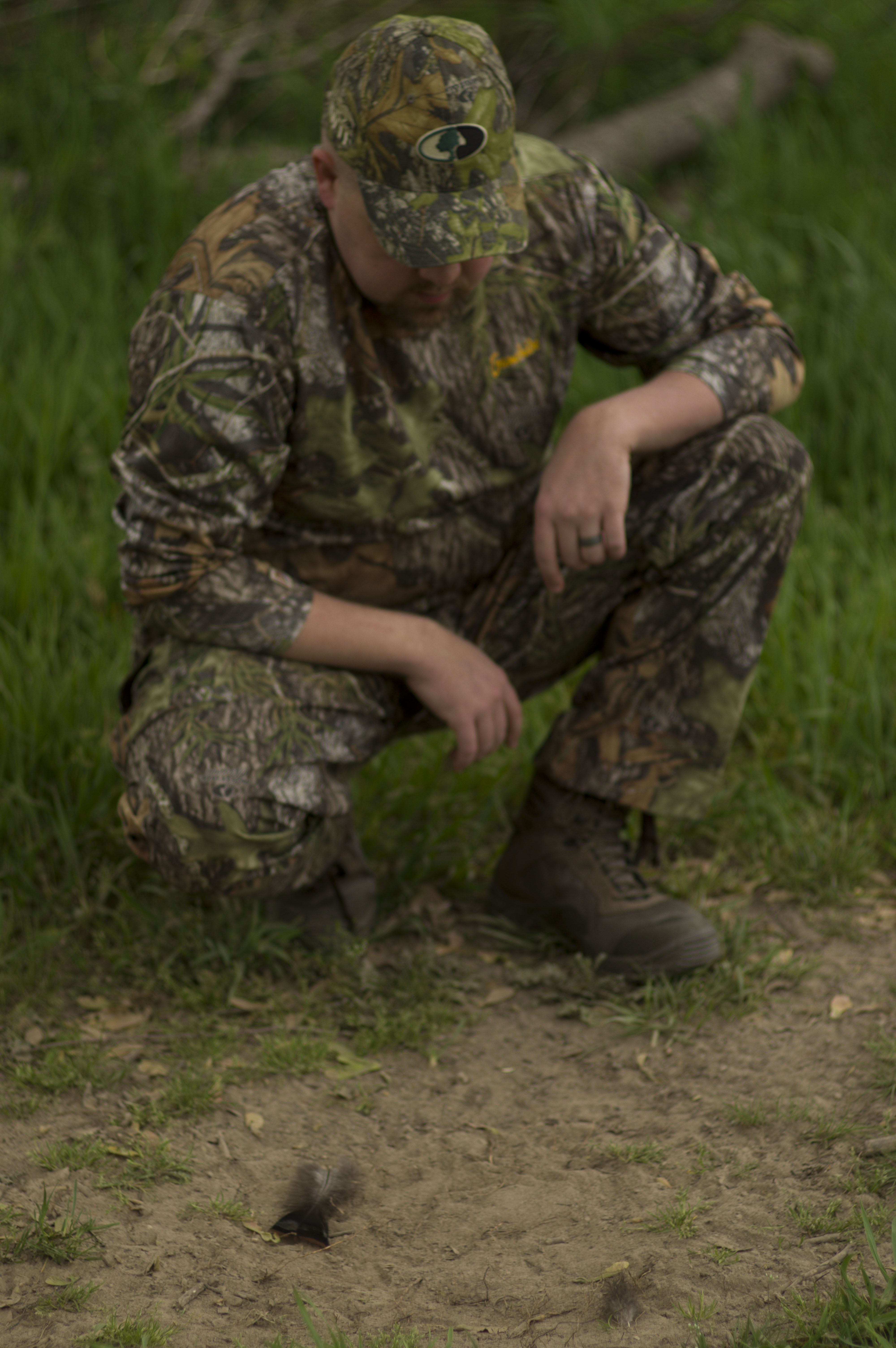 Turkey scratching is usually a V-shaped disruption of the leaves about the size of a plate that points in the direction the turkey traveled. It is about 12 inches long but varies somewhat with the age and sex of the bird. If the bird scratches to the bare ground, his claw marks will show and a track or partial impression may be seen. Droppings or feathers also may be found.

Scratching on top of scratching, especially where mast is heavy, is typical of areas traveled by a flock of wild turkeys. Sometimes the ground will look more like a pack of wild hogs thundered through. 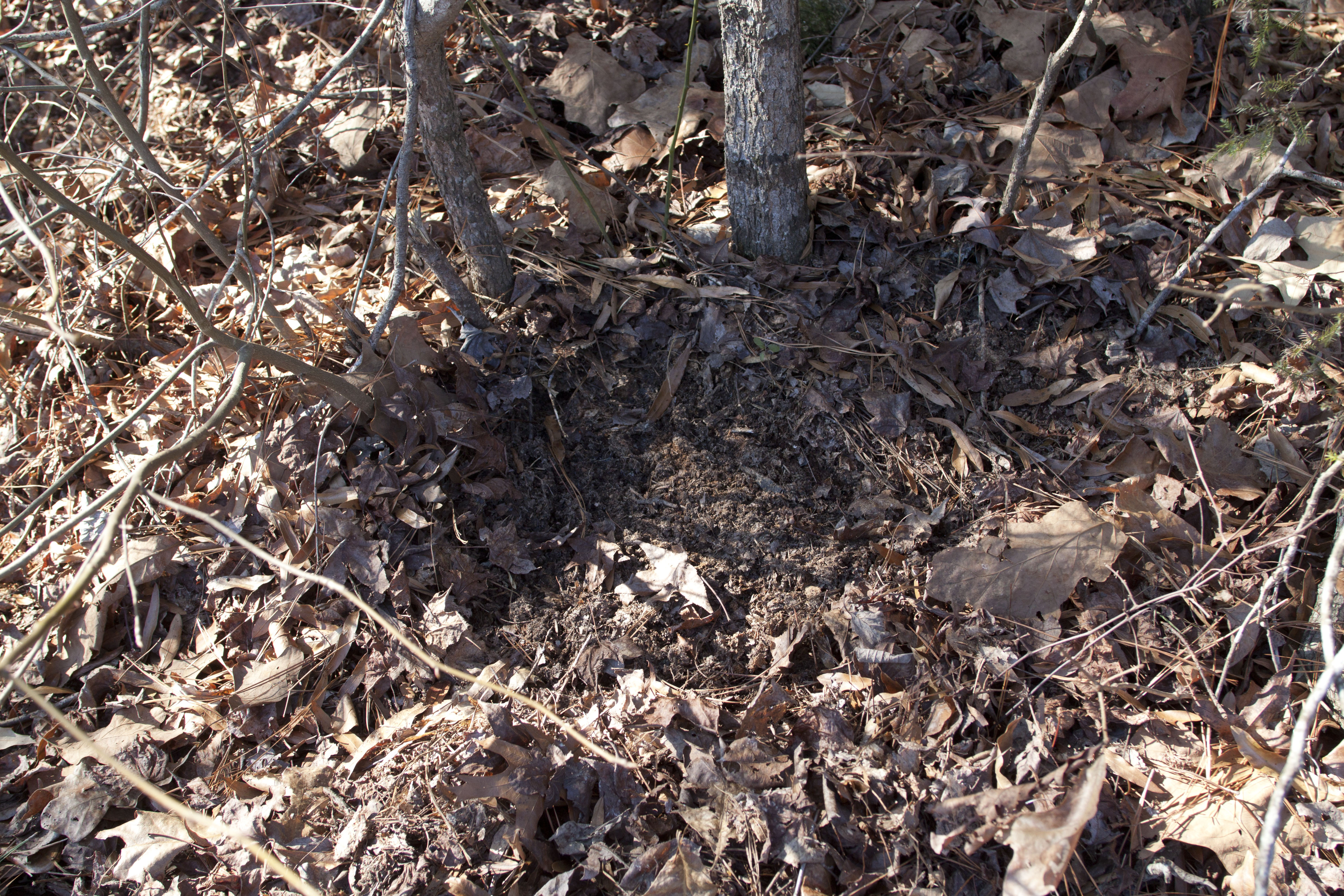 Article Categories
Before the Hunt
On the Hunt
Latest Articles