Although these tips first appeared in our Wheelin’ Sportsmen 2002 edition, they are certainly still relevant in today’s fall woods.

Once turkey season opens, hit the hotspots before fly-down. Despite not having the advantage of gobbling birds, young flocks often make a ruckus when they descend from their roosts and gather on the ground. Listen for the sound of frantic wingbeats, loud yelps and cutts and the kee-keeing of young birds. Once gathered, flocks usually don’t call much, so the earlier you are, the better. But be prepared to cover some ground.

Ease through the woods and listen for the occasional call of a turkey or for the sound of them scratching. Don’t worry much about the sound of your walking through the leaves, though; other birds might mistake you for a turkey too, and that’s a good thing. Keep in mind, however, that other hunters could be around and if you’re tandem hunting, always know where you hunting partner is located. Never call while you are walking or stalking through heavy cover. When you’re able to call, call from a large tree for safety’s sake. And if that big ole bird should appear, you’ll be able to set up quickly. 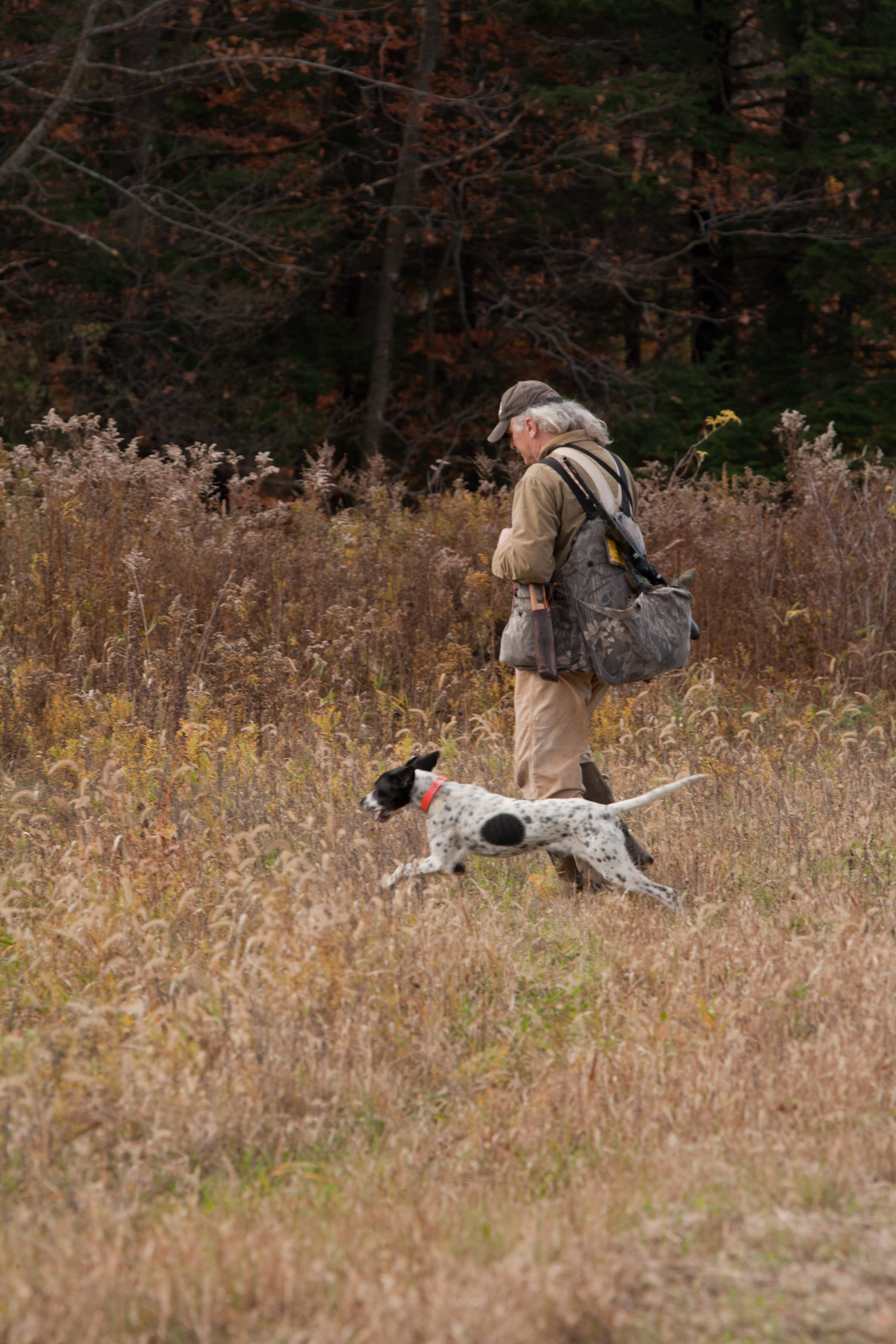 Hunting autumn turkeys is nothing like locating and calling gobblers in the spring. In the fall, the chief tactic is to scatter a flock, then try calling it back in. But just because a flock flew off, doesn’t mean it scattered properly. Hunters often waste time calling turkeys that merely spooked and flew off together in the same direction. Try these scatter-and-call tips:

1. Sneak as close as possible, using what cover is available.

2. Look carefully to see what the flock is made of; this will affect the way you call and what strategy you employ.

3. Rush straight at the flock, making as much commotion as possible. Many hunters shout or fire their shotguns in the air. This is an excellent method, but only if you make sure not to shoot so closely that you accidentally cripple a turkey. You also should never run while carrying a firearm.

4. If the birds merely spooked in a single direction, don’t give up. Mark their landing area and quickly move to that spot.

5. Locate the birds and rush them again. It is important to split them up. Once properly split, set up and begin calling. Staying at the break point is key to your success because that’s where the birds will attempt to regroup. 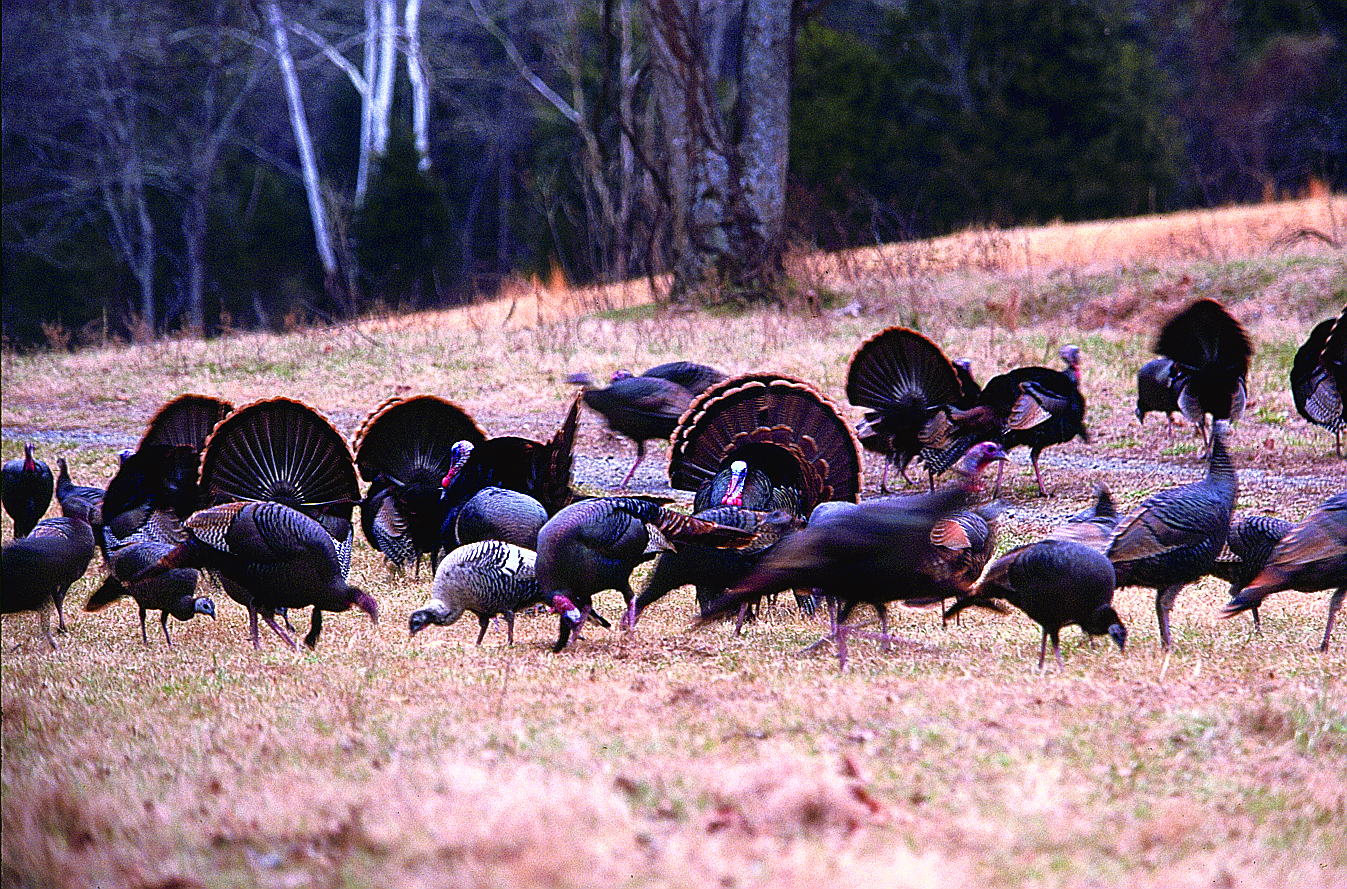 With the air cool and crisp and the color of leaves changing to brilliant reds, oranges and yellows, autumn is a great time to be outdoors. But don’t let the beauty of it all distract you from what’s most important: safety.

Always be sure of your target and never run with a loaded gun. Wear camo colors, never red, white and blue, and follow your state’s law on wearing blaze orange in the fall woods. Sit against a large tree or rock wide enough and tall enough to protect you from hunters approaching from behind. And if that happens, call out in a loud, clear voice. Never wave to alert another hunter. 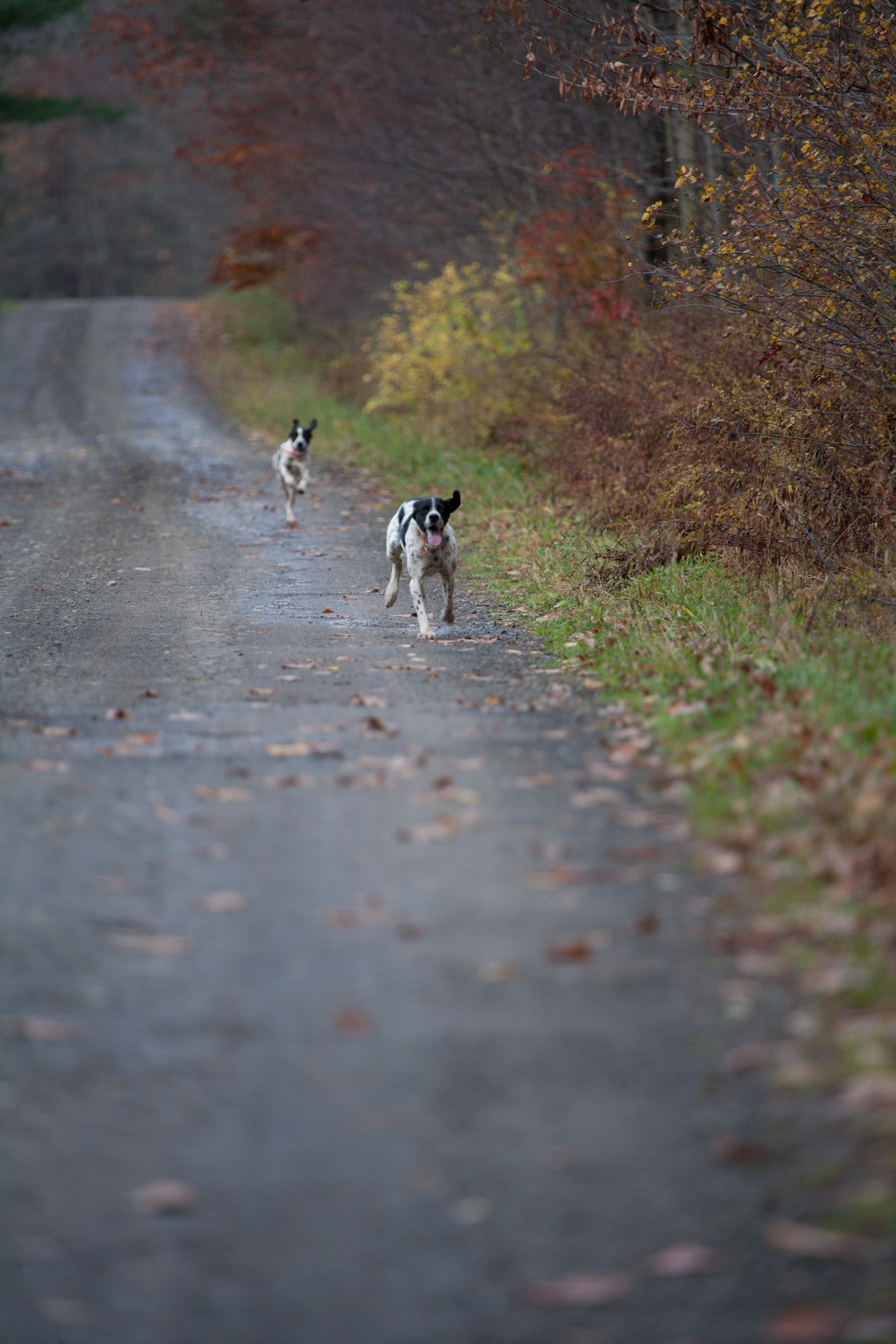 Looking for a fall season?

The following states do not have a planned fall season for 2017: 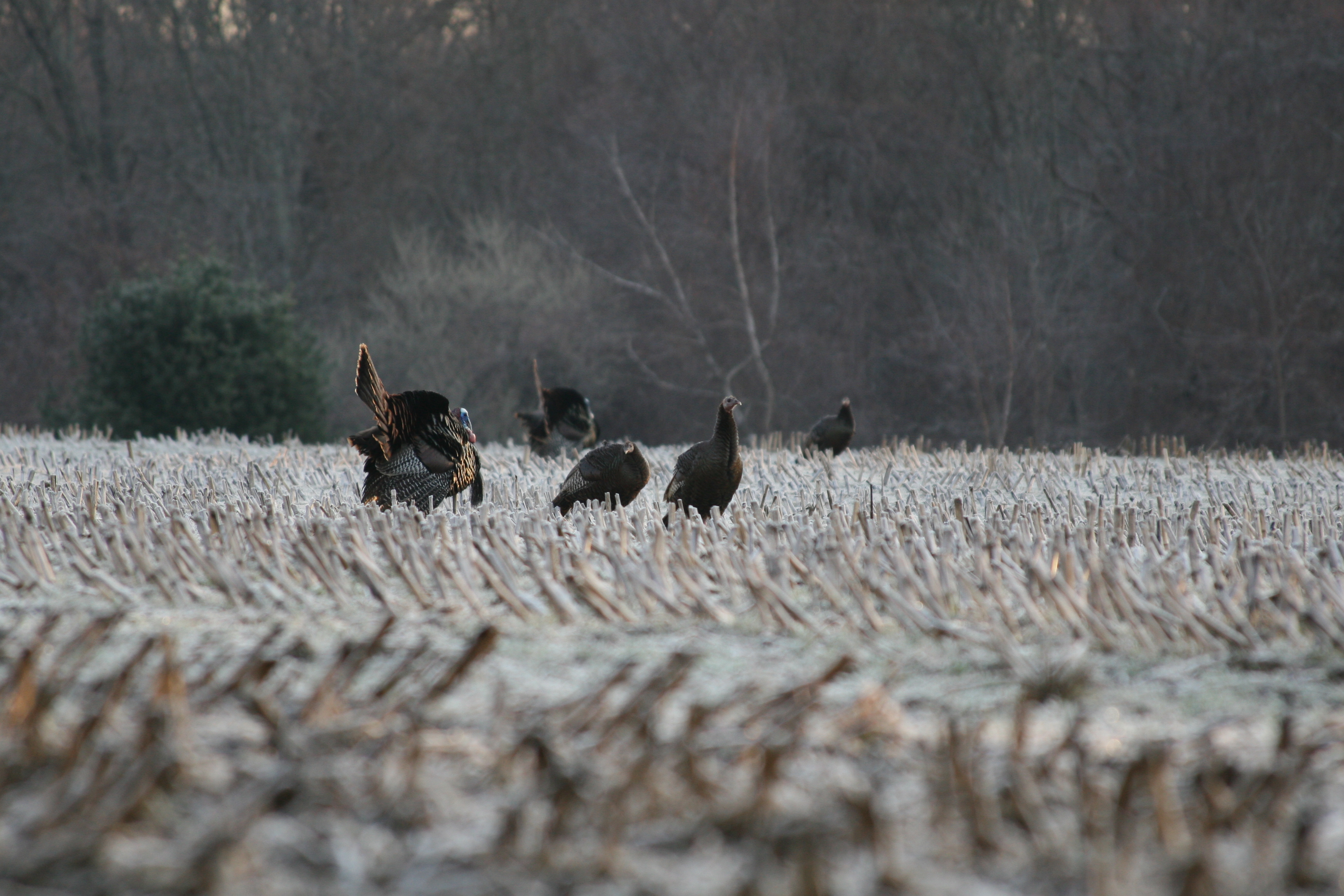 Many states allow the use of turkey dogs in the fall. As any hunter with a fondness for canines knows, dogs add another dimension to the hunt. But despite their popularity among a dedicated company of hunters, many misconceptions still remain about the role a dog can play in the turkey woods.

Any breed that can cover a lot of ground, bark on the flush, then sit still while a hunter works birds back in can be a turkey dog. Historically, hunters used a dog, called a fyce, for the job. Plott hounds are popular and some breeds more resemble setters or pointers.

Once a dog finds a flock, its main job is to hold a good scattering of birds.

Once the birds are scattered, the dog’s job is done. For those sportsmen who love the companionship of a good working dog, a fall turkey hunt with a hound won’t guarantee success, but it will deliver an unbeatable experience. 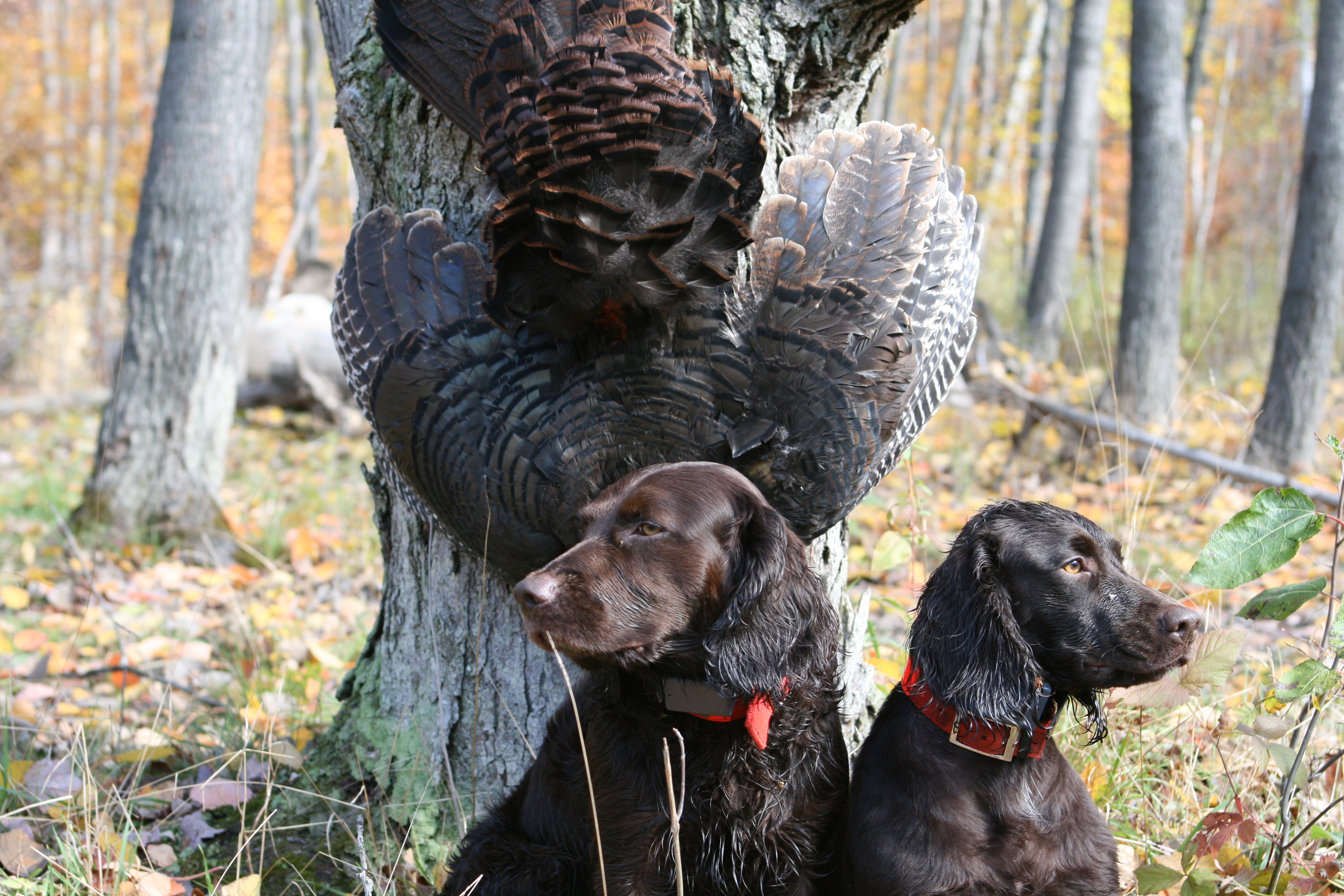